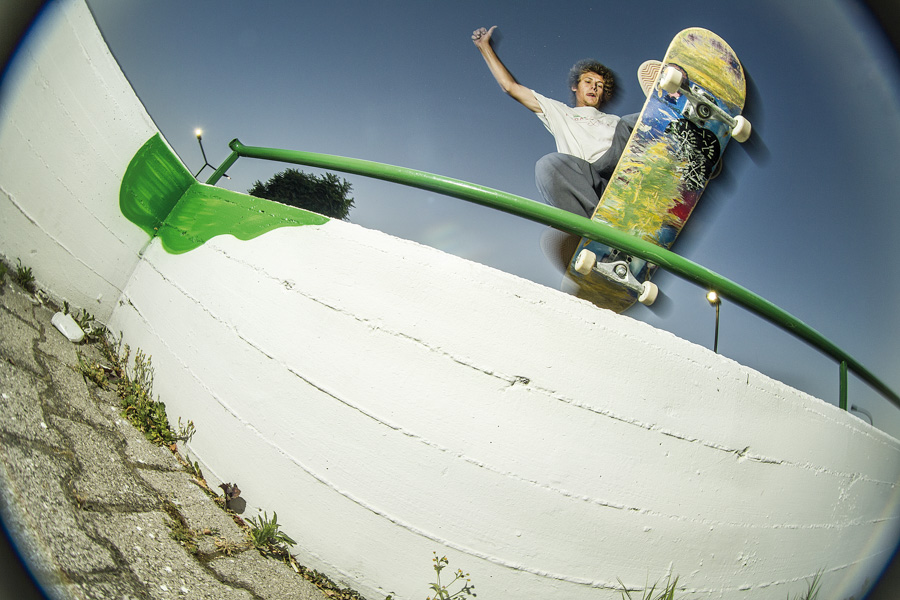 Hi Michele, how old are you?

When did you start skating?

Where do you live?

I’m fortunate enough to live in Barcelona, but I’m from Pescara, which is on the east coast of central Italy.

Pescara is like an Italian Miami, can you see yourself going back there to live some day?

I’m not sure it’s the Italian Miami, ha ha. I kinda miss my city, but every time I go back I feel the need to escape after a few days.

There are various historic skaters hailing from your city and area, who do you know and why?

When I started skating Ale Ciattoni was surely the most famous. Lots of people would go out skating together… it was insane. Regarding Pescara, Matteo Di Nisio has always been talked about, even though he was already living in Milan at the time. People talked about him as if he were a divinity… ha ha. Even Luchetto (Luca Dell’Elce) has always been someone I looked up to for his flow and style. Oh, I almost forgot about Daniele Tarantelli, I bumped into him a few times in the evening, I’ve never seen him skate in person but they say he was really good… I believe it. 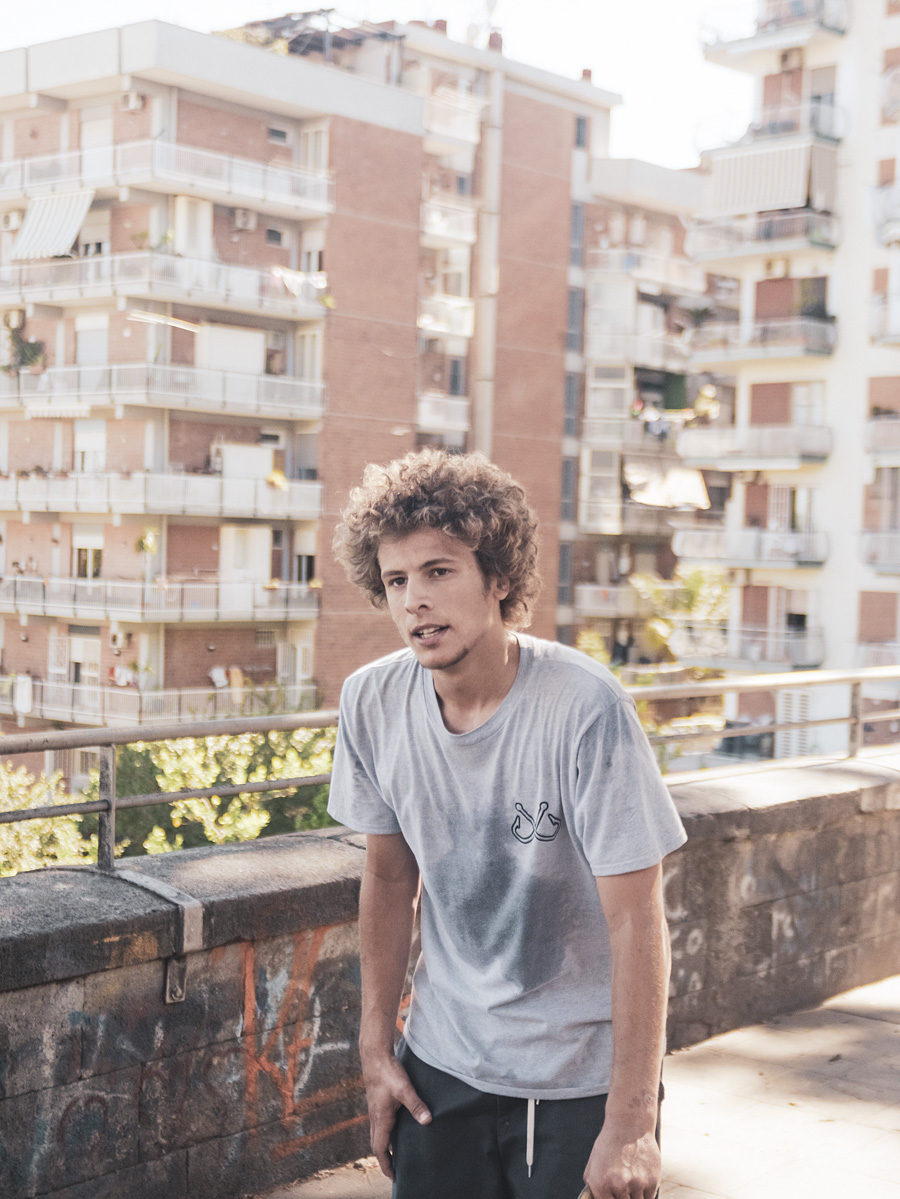 As a skater, what importance would you give Instagram and social networks nowadays?

It depends, for sure they’re not essential for skating. But lots of people give them importance including brands and the whole skate biz. If you want to be part of this world it’s hard to make believe they don’t exist.

What’s your favorite skate video both from the new generation and old generation?

Fully Flared is certainly the video that has influenced me the most. The old ones I saw years after they came out, so it’s hard to say… just seeing the year Mouse or Menikmati came out is shocking.

How do you think being born in the X-Games and Tony Hawk Pro Skater era has influenced your skating?

Tony Hawk underground 2!!! I’ve wasted lots of time playing it, ha ha ha. But I wouldn’t say it has influenced my skateboarding. I have to thank all my older friends who have always shown me the right things.

Do you read or buy skate magazines? If so, which?

No, unfortunately when I was younger it was impossible to find a newsagent that had anything skate-related. When I started using the internet you could already find lots of skate content so I stopped looking for paper mags and the like. I check out everything I can on digital versions, Thrasher and Free are probably the ones I follow the most. 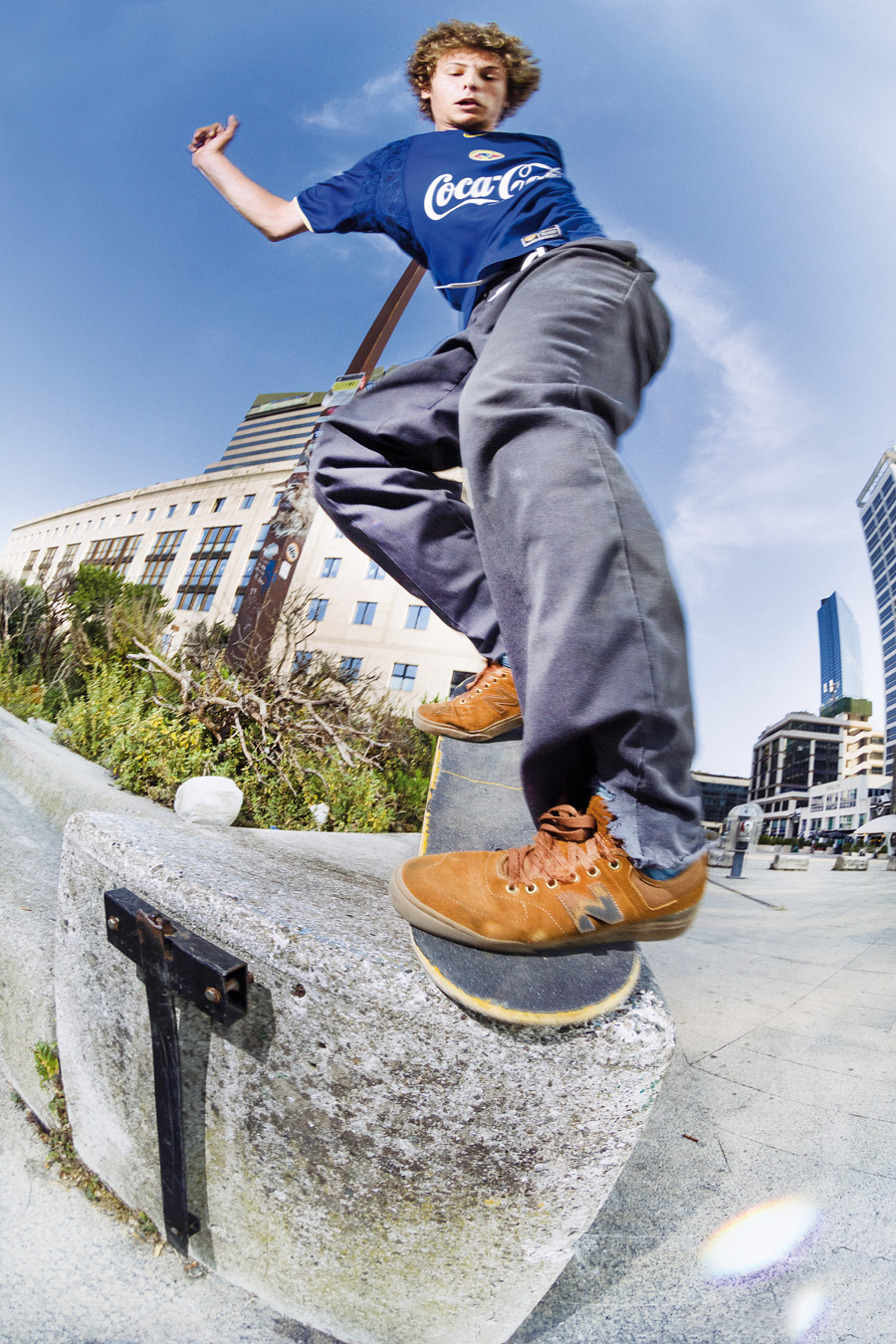 What’s the first skate magazine you ever read?

How many of the friends you started skating with still skate?

When I was 11 a friend of mine and I would involve the whole school class to go out skating, but now I’d say it’s just him and I left, ha ha. It’s normal, lots of people start and stop skating continuously. You always know those who keep skating in one way or another… I guess that’s how it has to be.

If you had to choose a period in skateboarding you’d like to live again because you have only heard people talking about it, which era would that be?

I’ve heard of times spent playing Tony Hawk Pro Skater at the skate shop, or of copied VHS videos sold for a few bucks… it must’ve been fun.

What hypes you up before going skating?

We all know Trap music sucks, what’s playing in your Ipod when you’re out skating?

I never skate with music. Anyhow, apart from extreme and crappy genres, all good music hypes me up. There isn’t one type of music I prefer.