Cliché Skateboards asked their flow riders from different countries to film a full videopart for their website and the facebook page. The Cliché team will then pick the winning video and invite the best flow skateboarder on  the next tour.

Today Mauro’s part is out and we gave him a call. 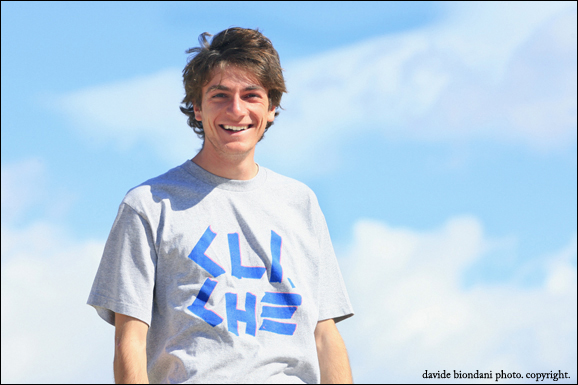 Ciao Mauro, what are you up to? Chilling home or about to go pick some olives?

What’s up Dave! I’m home right now! Done with them, we had 2 crazy weeks of really hard work: we picked about 6500 kg of olives! Now it’s all oil though! So fresh, so good, best with salt, pepper and some warm and crunchy bread.

How is your knee doing?

It’s doing pretty good I guess; I haven’t skated in a month now… after had the stitches taken off it was all swollen and I had to wait… finally next week I got a visit at the hospital and they should take the liquid out… at least it’s not hurting anymore… hope to get back on board soon. I’m getting crazy! So many new ideas and tricks that I want to do.

Your video part for Cliché got put online today, are you nervous?

Not really, actualIy maybe a bit! I just hope it’s going to get good feedback, we put a lot of effort in to it. Hope people will enjoy it and have fun with it.

What this Cliché video project is about?

Cliché basically is doing this Facebook flow riders Cliché contest; every week they put a different part from each flow rider online until december and at the end of it they will pick a winner that gets a seat on the next big Cliché tour… the videopart is also going on this dvd they are making and that’s going to be in with all the boards from next year I think, sick project to get all the flow riders hype. 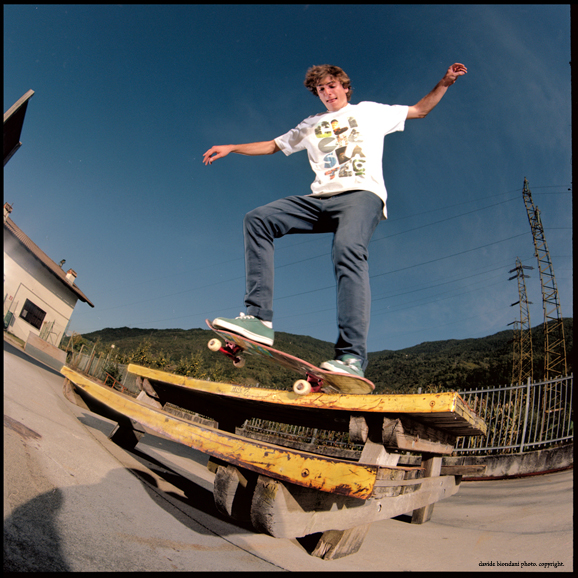 Your part is split in two “sections”: one filmed in Sicily and one in the States, where did the idea to shape it like that come from?

We thought a lot about this because Cliche’ wanted a part edited with a flavour of the country we are coming from, for example using good lifestyle or local songs or local footage… my problem was that almost all my footage was from USA so we decided to film a good sicilian intro with a funny sicilian song and put a plane to divide the two parts to show why all my tricks were from USA.

Who filmed the lifestyle part in Sicily? The clips are super cool !!!

I filmed all those clips except for one or two! Everything in a few days. I was going crazy. I would wake up so early to go around Sicily and film whatever it was on my way, at the end I had like 80 Gb of footage. It was so hard to choose what to use. Since we edit the part up in north Italy at my friend’s house I had to make sure to have more sicilian footage possible with me, stoked that you like those clips!

Did you also film yourself those clips where you were pushing, coming out from that big palace or talking to the old mens? How did you explain them what you were doing, alone with this videocam, tripod and this thing with 4 wheels under your feet?

Yeah, those too! I did tell you that I was on a mission, ha ha ha. I didn’t really explain anything to them! I just went towards them and start saying random stuff like they usually do, ha ha. I don’t think they even saw the camera. Everytime I was filming those kind of clips I would hide it because I was scared that it could get stolen any moments.

The action part was filmed in the States instead, a few months ago…. How was filming with your crew in Portland?

Yeah, all the tricks are from this trip I took around the end of february… I didn’t even know what I was filming for. I just wanted to go there so bad because of my friends. That’s the best crew ever, I get so hyped and motivated when I’m there that’s just so sick: we would go everyday around  and have so much fun…  that’s the best part and then you all get hyped watching the others skating and that’s what I need: here in Sicily it’s hard to skate or film; not may skaters and not filmers at all so I need to go overseas to charge my batteries! 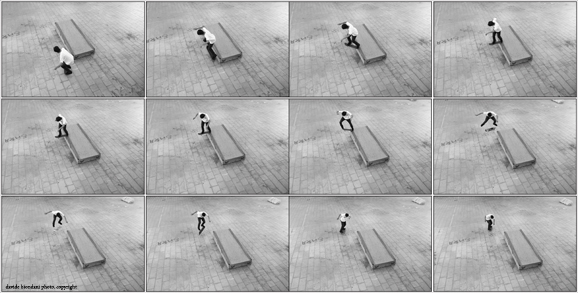 Bs t up to bs kickflip out.

You recently got in the Exit Real World team, the shop from Portland and you are taking part in this shop video contest for TWS skateboarding…How did you get on the team?

Ha ha that was so sick! I have been friend with all of them forever now, every time I go there we all go skate together and the shop is like the spot where we meet first, watch all the new magazines, new videos, check all the new stuff the shop got and then we go skate. It was so funny when I got on, basically one day after this school demo that we did we went back to the shop and one of the guys, Matt Hanson, that makes decision about the team and other stuff at one point goes: ” Mauro, today was sick! That’s it, you are on.” Ha ha so stoked. Now they also put my page on the website. So happy, best guys ever.

Many people took part in this Cliché project  with filming, editing, music…how did this collabo happen? How was working with them?

It was the best even because it happened all naturally. That’s when you can tell there is that right feeling with each other: everyone was just hype on it and wanted to help me out with something, we had so much fun. We were stuck in this office for a week straight, we were getting all crazy. I can’t forget Bod that every night at one point would just stop working all of a sudden and say: “Alright that’s it, let’s get the fuck out of here, I’m done, can’t do it anymore!” Ha ha his face was shocked. I really appreciate the hard work from everyone, it wouldn’t never happen without them. Thanks so much guys!

Is it true that the last trick was filmed at 4 in the morning right before the line on the white rails?

Yeah it is! Crazy night. I had 3 days left so I was like alright we need to skate as much as we can, we kept skating 3 days straight. That night it was my last night over there so I had to go to that rail and try it; best feeling ever, so stoked. After that we went back home for a little bit and then 3 hours drive to get to those rails, filmed over there, then got all the way back, packed all my stuff, went to party and then straight to airport at like 4 am! I love skateboarding.

Project for the winter? Is the miniramp ready yet?

I don’t really know yet. I have had a crazy summer, I travelled a lot. I was gone about every other week so I think I’m going to chill and rest a little bit this winter. Maybe some little trips to go get some new footage or trips with the sponsors. I’m always ready for those. I also need to start saving up some money for my next year USA trip; that’s also why I started to build a miniramp. I had some money saved up and a good space in my grandfather’s land so me and my father started to work on it, it’s almost done. I’m so hyped on it and can’t wait to skate it. I finally have a miniramp! Never had one, neither in Sicily, and now the first one ever it’s 5 minutes away. It’s also got lights and a barbecue next to it; it’s gonna be a good winter, even because it doesn’t get that cold here. 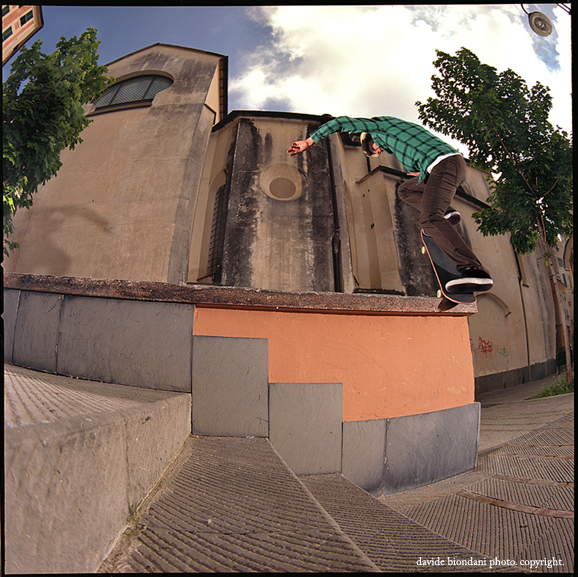 Alright Dave. thanks for the interview and I hope we can meet soon, we need some new shots.

The guys to thanks are way too many so I will just say thanks to everyone that really helped me out! that’s skateboarding, love it!

HERE IS THE LINK to the video, enjoy