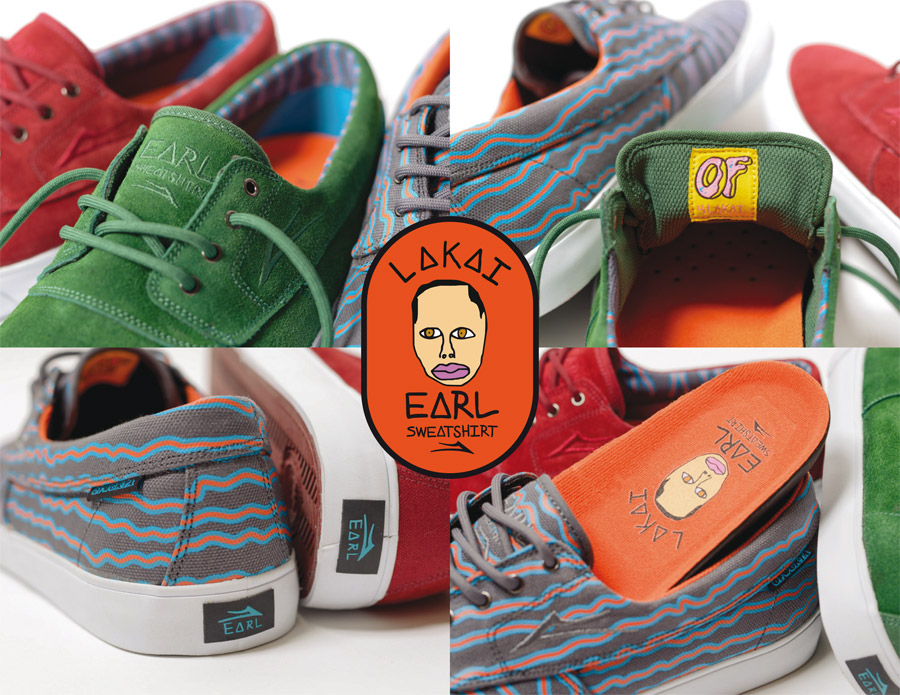 “This Spring, we are proud to be working with Earl Sweatshirt. Earl grew up skateboarding with Lakai team rider Na-kel Smith in Los Angeles, so this collaboration evolved naturally through that friendship. With Earl already being a fan of the Lakai Camby shoe since its release last Spring, it was the obvious style choice for the project, so four different colourways of Earl’s Camby model will be released on lakai.com and skate shops worldwide alongside a series of t-shirts, hoodies, socks and bucket hats.

The design theme centres around the stripe pattern in Odd Future’s iconic ‘Doughnut’ graphic. Earl expressed interest in having at least one made for skateboarding within this series, so Lakai have made two all-canvas colours for ‘on the stage’ use and two all-suede colours for ‘on the board’ use.

Thebe Neruda Kgositsile (better known by his stage name Earl Sweatshirt) is a member of the Los Angeles based hip hop collective Odd Future and is signed to his own label, Tan Cressida. Earl gained recognition and critical praise for his debut mixtape, Earl. Following its release, he was sent to a boarding school in Samoa by his mother until his eighteenth birthday. On August 20, 2013, he released his debut studio album, Doris.

To celebrate release of the capsule collection, we’ve followed Earl & Na-kel for a day.” 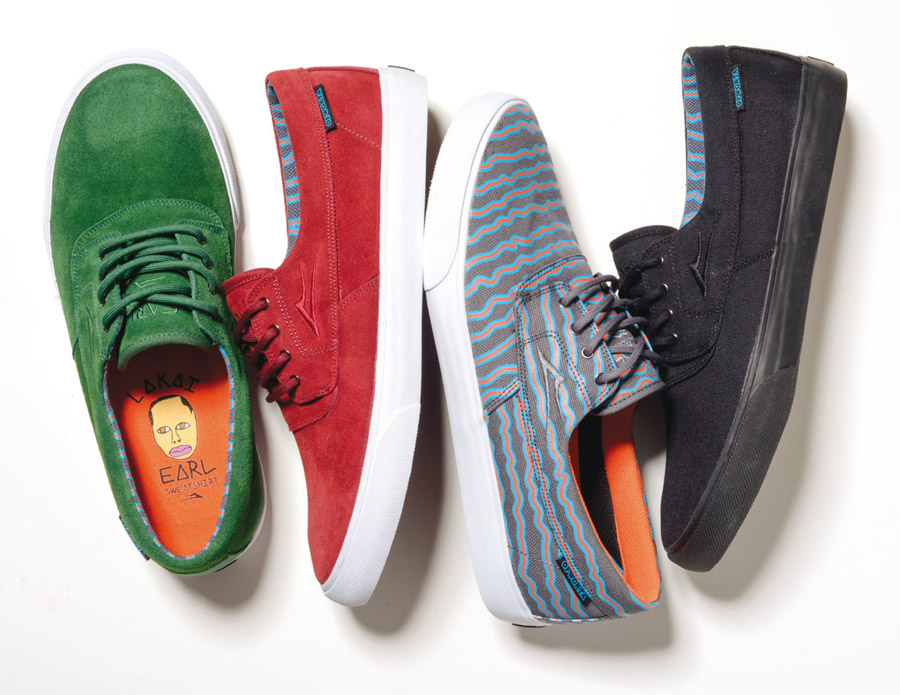