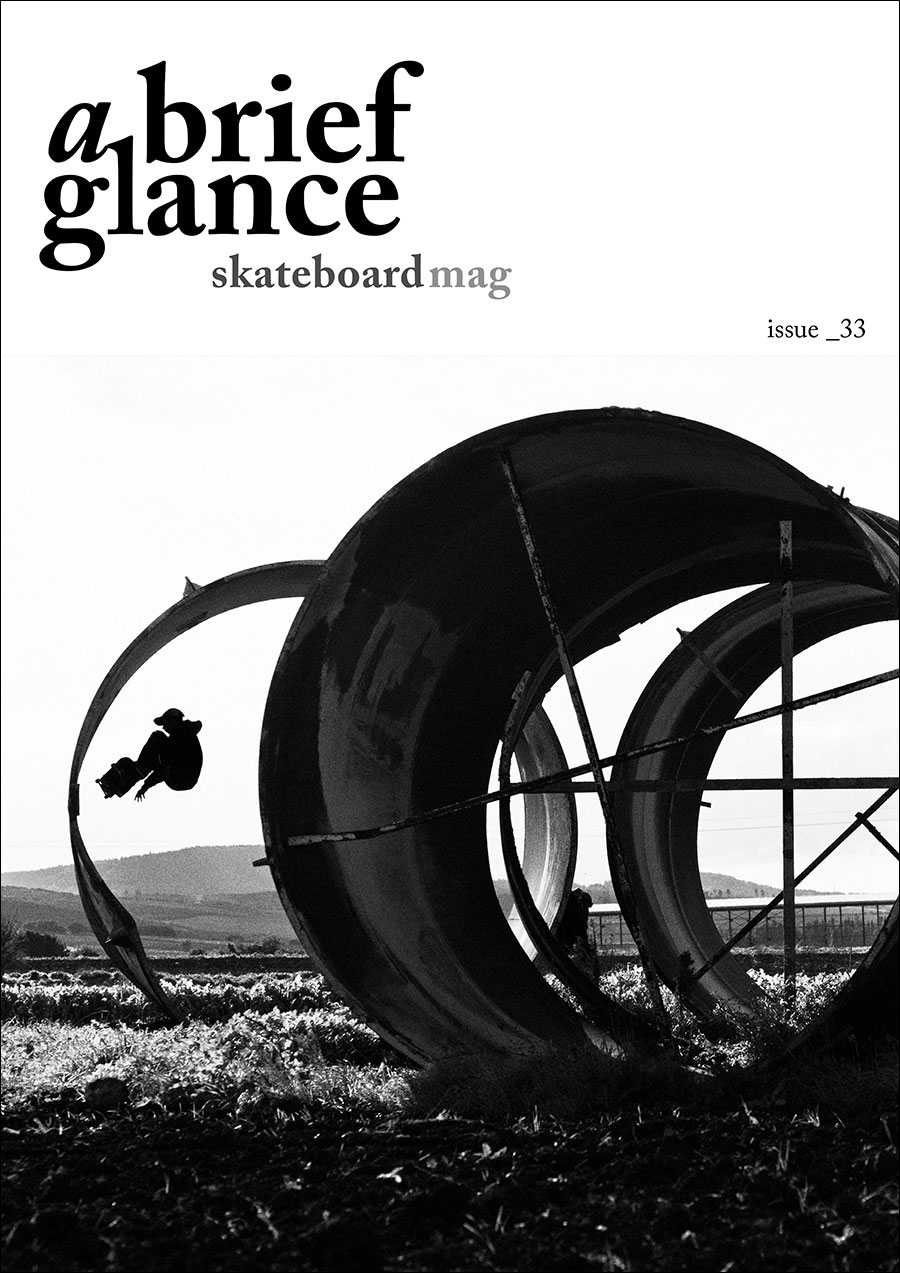 We have the pleasure to present a brief glance issue_33.

A sunny day_a special feature dedicated to Isle Skateboards with a photo article shot last september in Rome and Naples with Tom Knox, Nick Jensen and Sylvain Tognelli, and an interview with Jensen & Paul Shier talking about the company and about VASE, Isle’s first full length video whose première was last saturday in London.

A full interview with the one and only Daan Van Der Linden entirely shot by master behind the lens DVL.

The Lakai “We are Brudis” Tour_The German & Italian Lakai teams spent 12 days in Sicily enjoying the sun and skating some new and some old spots.

Book_Skate The World_Jonathan Mehring’s amazing book with photos shot during his adventurous travels around the world in search of new spots to skate. We had a chat with Jonathan about his book published by nothing less than The National Geographic.