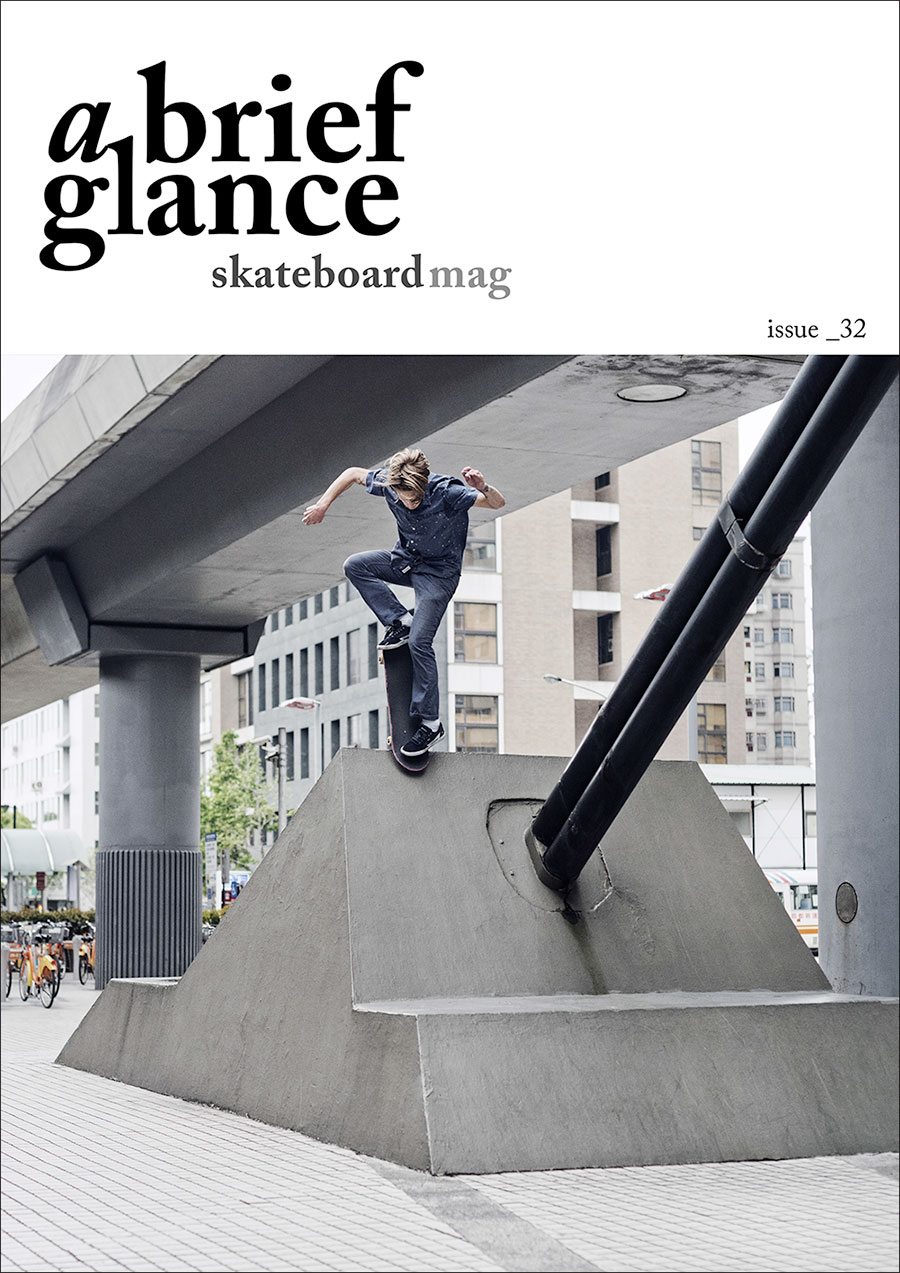 We have the pleasure to present you issue 32 of a brief glance skateboardmag.

From Dirt To Dust_The Carhartt skateboard team went back to Mongolia 10 years after the first mythological trip of 2004; a full photo reportage with exclusive interviews to the skateboarders who took part to this amazing project.

Roll in Malaga with Fvtvra_we spent a week with the Fvtvtra Skateboards flow team on their very first official tour in the magic city of Malaga, southern Spain.

Wes & Madars interviews_We met Wes Kremer and Madars Apse in Berlin and had an interesting chat with them.

Brazilian Love Affair_Brazil is a huge country in this issue we have a full reportage about the city of Salvador de Bahia and his skateboard scene.