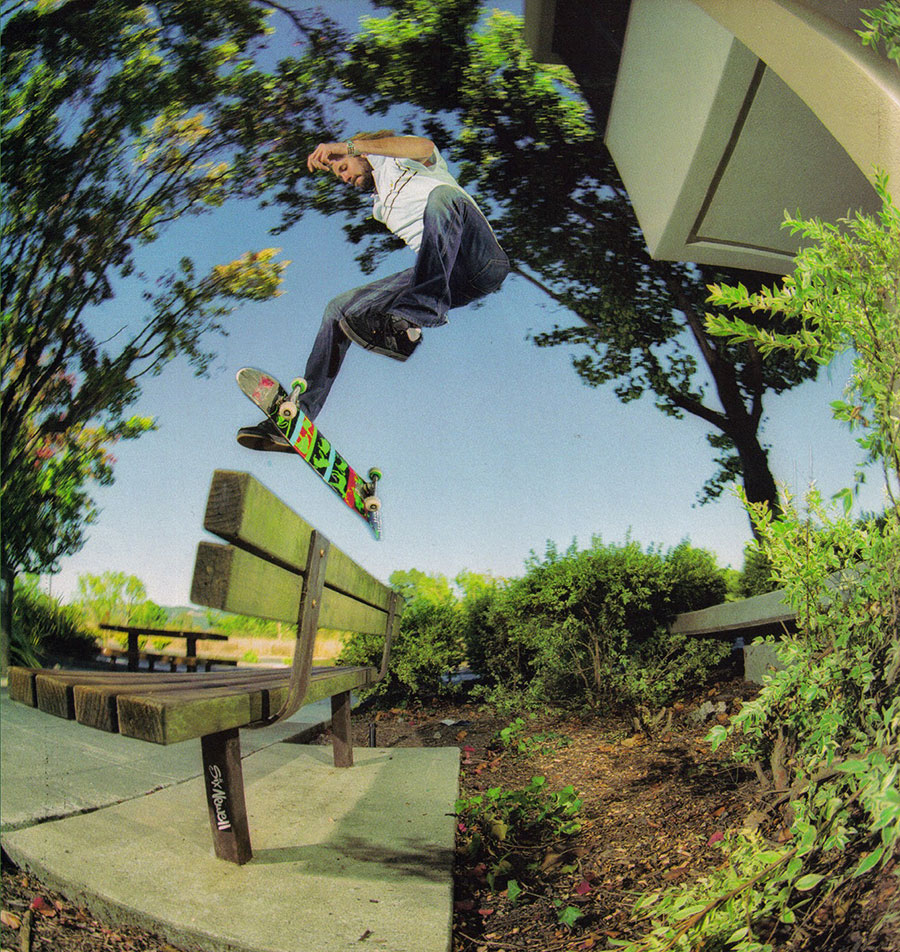 Nate Jones to many new skateboarders may be unknown; he rode for Real then Rasa Libre in an era when San Francisco was an hot spot in the skateboard scene. At the time there were two main crews in the city, on one side The Pier 7 guys and on the other the Six Newell. Nate was in the Six Newell crew and he had soo much style. Check the back foot on this 360flip.