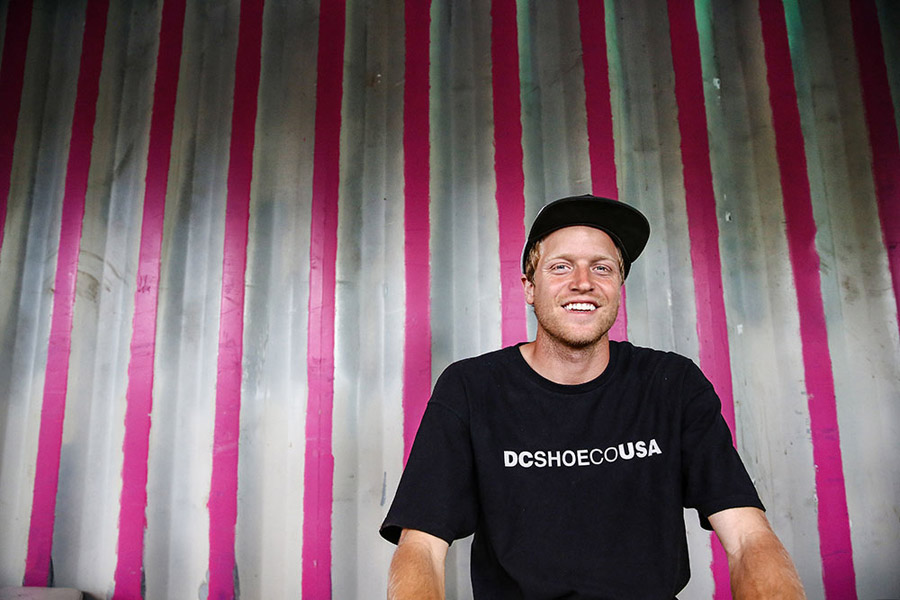 It is difficult to have everyone agree when it comes to skateboarding, and especially if we’re dealing with “Skater of the Year” issues, things get even more complicated. About Thrasher SOTY: rarely has everyone agreed, but with Wes Kremer the choice was embarrassingly simple. Because everybody loves Wes. Wes’ attitude is as PURE as you can get. No compromises, no embarassing sponsors, no social media, no money tricks, no bullshit, just skateboarding. And when faced with concepts like this, you’d probably expect to be dealing with a pool rider of a certain age that is kinda pissed at “today’s kids,” and disses everything new in the skateboarding world. Wes, on the other hand, just skates, smiles, has fun with his homies, and doesn’t give a hoot about all that does not purely belong to skateboarding. And he skates the way we would all like to skate: street, transitions, tech, big, he skates whatever he finds, just because it’s fun…I’ve done dozens of interviews and met many “famous” skaters, and rarely have I had so much fun, because Wes, despite receiving the most longed for award in skateboarding, having fans all over the world, the magazine covers, and pro models, simply remains a skater from San Diego who wants to skate and feel good, without too many worries. Because it isn’t complicated, IT’S skateboarding, AND it’s the most beautiful toy there is. Take Wes’ word for it. 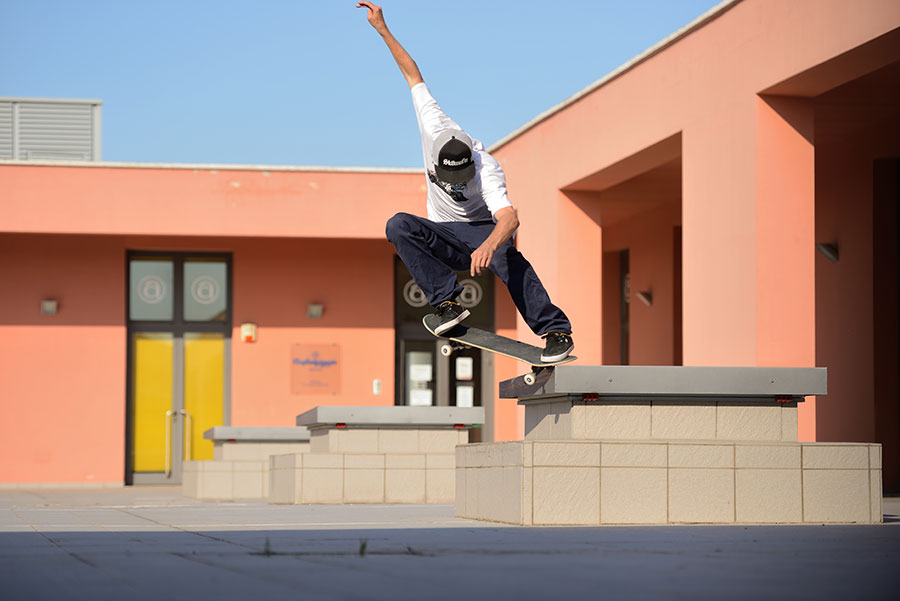 Hi, what have I to say? I’m not very good with interviews.

How did you discover skateboarding?

My next door neighbour had this fuckin’ fishtail board, a really OG board, old school set up. It was a Variflex board, that had the word RAD as a graphic, hahaha… big trucks, big wheels, lots of fun… it was 1995 I guess.

Hahaha, yes! a good start. I was skating down the drive way, just sitting on it. It was fun. The year after I got a real board, and started skating every day.

You were classmates with Marius Syvanen?

Yeah, yeah! That’s sick. We grew up together, we started skating together. First day of first grade in school, I sat next to him in class, we started talking shit to each other, and after a while we started talking about skateboarding and skateparks. You skate, I skate, let’s skate. And after that we skated together all our lives. He’s been my best friend since the first day of school. That’s cool. Homie for life.

When did you start realizing that skateboarding was more than a toy, that there’s magazines, videos, pro skaters and stuff?

You’re from San Diego, one of the epicentres of skateboarding. What was SD like back in the days, and what’s it like now?

I kinda miss the 90’s golden era of SD Skateboarding, the Pacific Drive era. That era of skateboarding created what Skatemafia is right now, and the homies still skate, so it’s cool. I miss those days, but I know a lot of things, ‘cause the homies tell me the stories.

You’ve always skated well, but for a few years, as far as we could tell, you were good, but you were flying under the radar. And then BOOM! Everybody started to notice you, and you started getting mad coverage…

Fuck, I don’t know. I appreciate it. It all depends on how much you put yourself out there. For me, I have to say a big thanks to DC Shoes and Mafia, you know. They helped me to get out of there, without Instagram and stuff like that.

I know you hate that shit.

It is what it is. I don’t have Instagram, but my mom checks me out on other Instagram profiles, like, “what were you doing?” C’mon Mom!!! Hahaha.

Tech moms are dangerous, hahaha. I like the way you live both your life and skateboarding. It looks like you don’t take it too seriously. You skate so fucking well, but just take it as it comes. Having fun and skating with your friends.

That’s it. The best toy in the world. Don’t you think some people take skateboarding too seriously, with the image, the Instagram likes, the fans, and stuff like that?

You’re fuckin right! And with that easy approach to life and skateboarding, you’ve earned Thrasher’s SOTY. Do you realize you’re in the same club with Cardiel, Danny Way, Carroll, and all the other legends?

I’ve never compared myself to those guys, they’re the guys I looked up to growing up skating. It’s something I can’t describe, I can’t realize it, and I don’t wanna be that dude. It’s crazy, it’s surreal and I’m tripping. It’s an honor, I’ve accepted it like it’s not even me with that trophy.

You’ve earned it in my opinion. Why are you so mad about 90’s skateboarding and 90’s Hip Hop?

Dude! Because 90’s skateboarding and Hip Hop is the shit, man!!! The 90’s are the golden era of Hip Hop and skateboarding, don’t you agree?

Well.. it was good, but for some things I think it’s way better right now.

It was the golden era to me. I love it!

I think that’s it… thank you very much Wes!