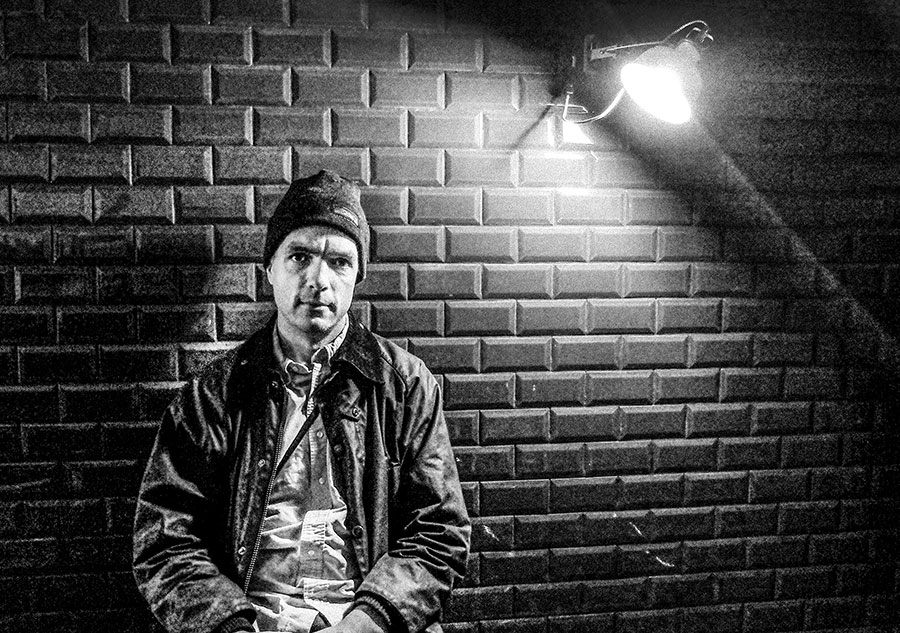 You’re from Ann Arbor in Michigan, and the first time you went to S.F. was with Sean Sheffey?

Yeah, he had a kid in Michigan, and was living there at the time. A friend of mine met him at a contest, and next thing you know we were driving to S.F. in my car. I was 16 and had a really small Toyota, pretty bitter, but at 16 nothing really matters. I can’t believe my parents let me go. Before leaving, I had to drive to my dad’s house, and Sean Sheffey was with me. It was around the time he was on SMA, a year before The Life Video. You know, big guy with crazy hair. But they let me go, no problem.

I know you’ve told this story a lot of times, but we’re skate nerds and we’d love to hear about your first day in San Francisco in 1990.

I know that sounds crazy, but the first day in San Francisco I skated with Natas at the Safeway Curbs at 8 in the morning. Just goin’ to that spot was crazy for a kid from Michigan, but skating there with Natas was unbelievable. Then we went back to Jim Thiebaud’s house and Julian Stranger came with us. Natas had the first Julian Stranger pro board (the one with the needle airplane graphic), and for the first time he showed it to him like: “Hey dude, this is your pro board!” and I was there… it was so weird.

Then you became a regular at Embarcadero when everything was happening, with Carroll, Sanchez and all the heads. Did you realize at the time that you were right in the middle of skateboarding history? And what was the vibe of the place like?

You know, when it’s happening you don’t really realize it. You don’t realize until later. When I moved to S.F. I didn’t know that Embarcadero was that big spot. The year before moving to S.F. I met Greg Carroll and got sponsored by Venture Trucks, it was my first sponsor. When I finally relocated to S.F. I knew some people I could skate with and stayed at the Carroll house with Mike Carroll. Their mom wasn’t there, and Rick Howard was staying there too… so I was pretty lucky to hang out with them, and even though I was some weird kid from the Midwest, I was accepted by the Embarcadero scene. James Kelch liked me for some reason, so he helped me out with Deluxe. The year I moved, everything changed at Embarcadero, I saw so many people feel uncomfortable there, so I was lucky that I had already been accepted.

You were one of the first pros for Stereo Skateboards, that also produced two of my favorite videos ever: A Visual Sound and Tincan Folklore. Again, at the time did you realize that with these videos you were doing something totally different and historic for skateboarding?

It was a crazy period for me, it’s hard to explain. I was in school and had tons of things to do, so I wasn’t able to skate as much as I wanted to. I am very thankful for having had the chance to be a part of the first video for a lot of reasons. I was involved with the creative process. Being around Chris Pastras and Jason Lee really shaped me creatively, but I wasn’t really happy with my skating around that time. A couple of years earlier, when I was skating for Real I think I was skating way better. For some reason I wasn’t really confident and comfortable with my skateboarding. I was so happy to be in the first video, but I was disappointed with my skating. After that, for whatever reason, I started feeling more comfortable with my skating, and we started filming Tincan Folklore for the next two months. That’s what it was like. You’d film for some months, edit it in a few days and the video was done. It was so different. I look at the other video parts, like Mike Daher, Ethan Fowler, Matt Rodriguez, Jason Lee, and think, “That was amazing!!” But at the time we also thought, “This is different from all the videos,” so we didn’t know if it would be accepted by the other skaters. But these videos shaped me and my creativity. The first video especially was so influential for me because I was part of the creative process together with Jason Lee, who was really behind it all. For the second video I filmed a lot, and then I was there during the edit of my video part, and that’s when I started thinking, “This is the thing I want to do!” 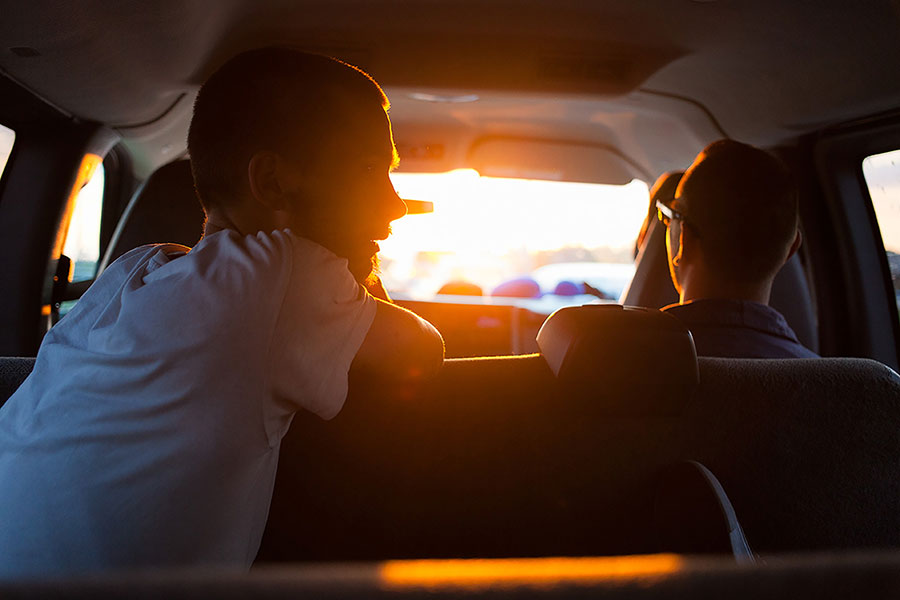 Something I really respect about you, is that you decided to quit your pro career yourself.

It was so different back then, I wasn’t making much money, so it wasn’t that big thing. There weren’t any big cars or expensive apartments. I wasn’t Koston or anyone like him, I had the opportunity to be pro, and maybe at the time I could’ve still been pro for someone else. Being on Stereo, especially in the beginning was something special, and even being on Real before that was so special, when we were filming for the first video. It was such an exciting time. So when I quit Stereo I knew I didn’t want to do anything less than that, or ride for a company where I didn’t have connections to the people or the company. At the time I was getting into cinematography, and I understood that I had found something I was really passionate about to switch over to.

Then you started working for the Transworld videos?

There were a couple of years where I wasn’t doing anything skate-related. I was working as an assistant camera for movies and music videos, post production videos… you know, answer the phone and make coffees. It was cool, I was learning and doing things. I worked for a filmmaker and went to Alaska to film some wildlife things. Then I started shooting a lot of skating on 16 mm because I had a lot of free film. I was learning while filming 16 mm films, and then TWS gave me a Job.

Is it true that you crashed the computer on the first day of editing?

I hadn’t worked on computers back then, so I didn’t know how to it shut down, and just unplugged it.

You filmed a music video with Cat Power. Is this your next project, working outside skateboarding? And with your skateboarding filming skills, where there’s no organization and almost everything is spontaneous like: “Ok, we only have 5 minutes before security guards come, let’s shoot!” how is this approach perceived by the Hollywood industry?

People love it to collab with our approach, because we don’t give a shit. Going in the middle of the road and stopping cars to film. They think you’re crazy you know? Sneaking somewhere without permission and stuff like that. When you work for big productions, you have to be careful, because you can get sued. But people that come from skateboarding can do everything, they can shoot, they can direct a little bit, they understand editing, and they don’t have that much ego, like, “Oh yeah, I can help you carry that.” You know, we don’t have that sense of, “I’m on this level, and the crew is on another.” We’re skateboarders, we have a different approach, and people in commercial and film productions simply love it.

Filming for the Vans video took over 5 years. Was there a moment when you realized that you just had to finish it?

You never feel that is finished. This video especially was difficult, because there were so many people involved, and it was so much work just to edit everyone’s part. I didn’t have that much time to look at the whole video and put little things in between to make it in a certain way. For four months I was always thinking, “I have to do this thing tomorrow, and this other thing next week,“ so it was really really challenging. You know, it’s Vans, so when they set the date there was no turning back. I had so much stuff planned to be done and I felt under so much pressure. 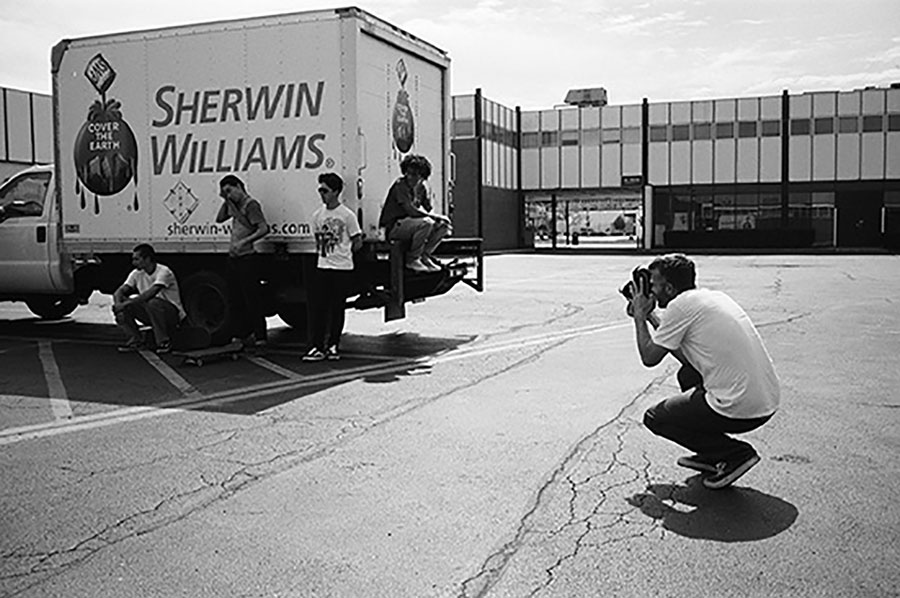 Is this your last skateboard video?

Maybe! I have a kid now, so my life has changed since we started working on the video. If I start working on a new skate video right now, my girlfriend is going to kill me. Some people take skateboard videos for granted with internet and stuff, or they talk a lot about nothing basically. You know, some people talk shit on free videos, and they’re free! But I think people talk shit the same about music, and skateboarding is so especially critical, and you put so much pressure on yourself: you need to have the right music, the right angle, the right tricks… it’s so much stuff, and you can’t please everyone. And that’s one thing that I learned through Stereo. If you don’t like it, fuck it. We’re doing things our own way. Maybe people are going to hate it, but we’re gonna do what we wanna do. That’s something in skateboarding that’s so prevalent and unique, and it will always be present in skateboarding. Like Tony Alva says, “This is what we’re doing, so fuck you!” and I hope that never gets lost. This approach must continue, and it’s goin’ to!

Check the full article about the Vans Propeller video on abg issue_31.