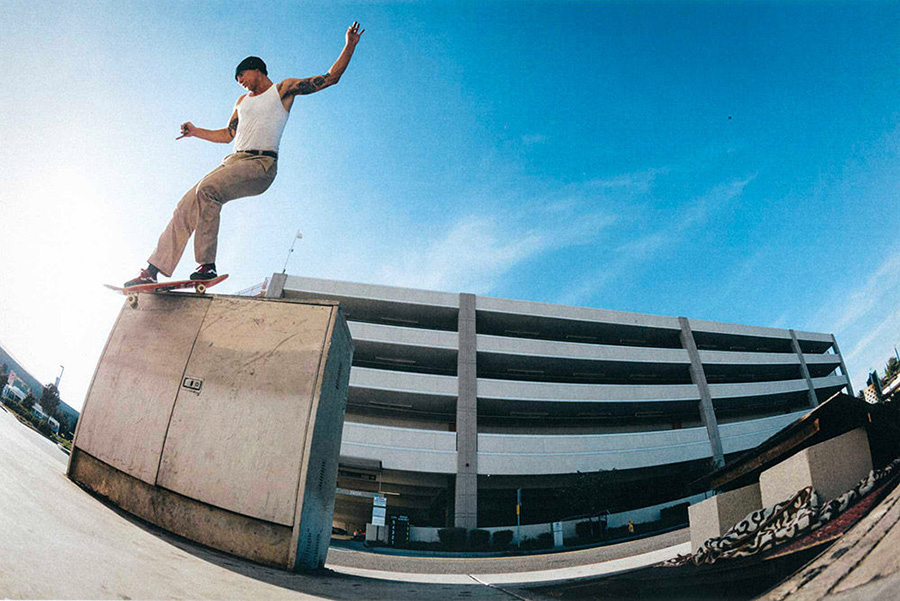 After the release of  his first-ever signature shoe – the  Vans Berle Pro, we had the chance to have a chat with Elijah Berle. Enjoy.

Hi Elijah, you grew up surfing and skating in the Santa Monica area… how was growing up there?
Growing up in Santa Monica and Venice was a dream and I wouldn’t change it for the world. I still live there now and I don’t think I will ever move. Being able to wake up in the morning and go for a surf and then go skate for the rest of the day is something that I hope I am able to do for the rest of my life.

When did you realize that skateboarding was takin’ off for you instead of surfing, and you started taking it more seriously?

I never took surfing or skating too seriously growing up. I just did both because it was fun and that’s what me and all my friends did. Wasn’t till I was about 15, when I got sponsored for skateboarding that I started to focus on that a bit more.

Since the beginning, your style of skateboarding has always been different, let’s say more similar to AVE’s vision than to P-Rod’s. It’s more aggro than technical. What made you want to skate this way?

The last two years were really intense for you. You got a pro model shoe from Vans and you relocated to Fucking Awesome. In a recent interview, talking about Dill and AVE, you said, “I think those guys are doing it exactly how it should be done and it’s rad to see a newer brand in skating doing it the right way and keeping it core, you know.” Why do you think that they’re doing the right thing and what do you like the most about what FA is doing? What kind of “freedom” do they give you at this stage of your career?

I just look up to those guys’ influence and their opinions about skating, and life for that matter. Not to say that anyone else is doing it wrong, but I just like the way they do things. All of the guys on the team that they have put together are some of my favorite people and skateboarders out there; I am just proud to be a part of it.

Do you still ride boards with strange shapes, like the ones you were skating in the Girl video?

No, I am back to normal shape now; that was fun though.

Are you picky about your set up?

No, not really – as long as the board is crispy and the trucks are worn in, I’m happy.

You finally have a pro model shoe for Vans. You’ve always skated in Vans classics, and your model looks pretty similar to them. What are the most interesting features of your new shoe and what did you focus your attention on the most while working on it?

I wanted to make the look of the shoe like a classic Vans shoe but with a stronger performance benefit. The sole of the shoe is a newer technology called Waffle Control that provides more support and more stability – and which will last a lot longer than a normal classic Vans style.

Designing a shoe is not easy, how much time did you work on it and how involved were you with the Vans design team?What specific requests did you ask for to be featured on your pro model?

It took a few months to get the shoe right, but it was a really fun and interesting process to design and build a shoe exactly the way you want it. I knew I wanted a clean-looking classic Vans shoe with great board feel, a good flick, and more support.

After the “Kyle and Elijah” video, are you working on something new at the moment? We’ve seen some clips in the Hockey promos, and something in the Boys of Summer video, too.

I am working on a video part with Greg Hunt at the moment for my shoe campaign. I went on a FA trip recently because I hadn’t been on one since I got on the team, so I needed to get out there with those guys. Boys of Summer is a collection of clips filmed on phones over the past couple years, while we were out and about skating.

Do you still have the mini ramp in your backyard?

No, I wish! I no longer live at that house but those were some of the best times of my life living at that house. It was the first house I ever moved into and we had a pool, a mini ramp and a zip line that went across the whole yard that landed into the deep end of the pool. It was a dream.

We’ve seen you grow up since you were on Foundation, but you always keep it pretty low key… from the outside you look a bit “elusive” in a Julien Stranger kind of way. Don’t you like the “fame and glory”?

Next year, skateboarding will be in the Olympics, are you training hard?

Ha ha ha… I can’t believe that is actually a real thing. Good for whoever is involved in it but I’m definitely going to focus my time on what I know and that’s filming video parts in the streets.

Keep skating and continue filming for my video part. I want to try and accomplish something else big. The shoe I launched with Vans lit a fire under me, and I just want to keep it going. 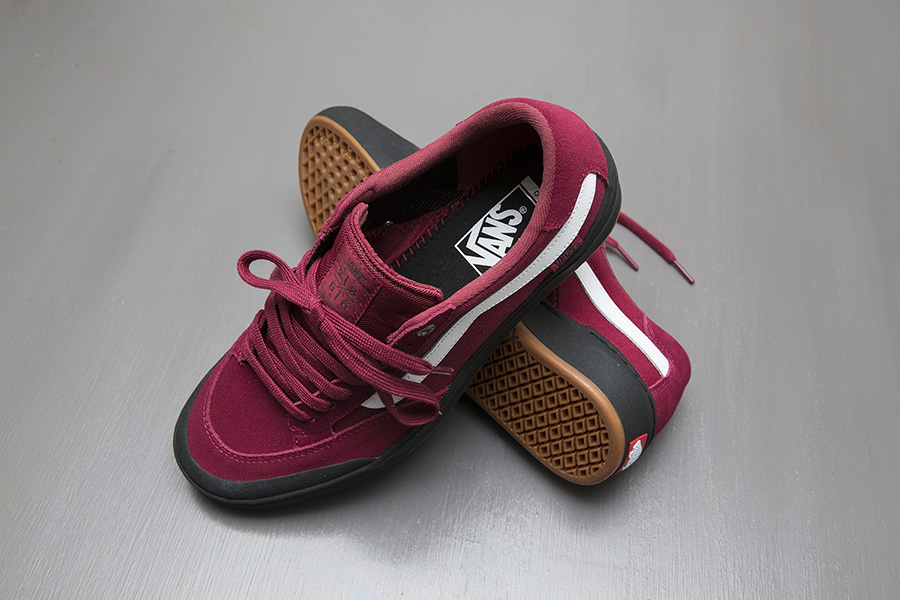