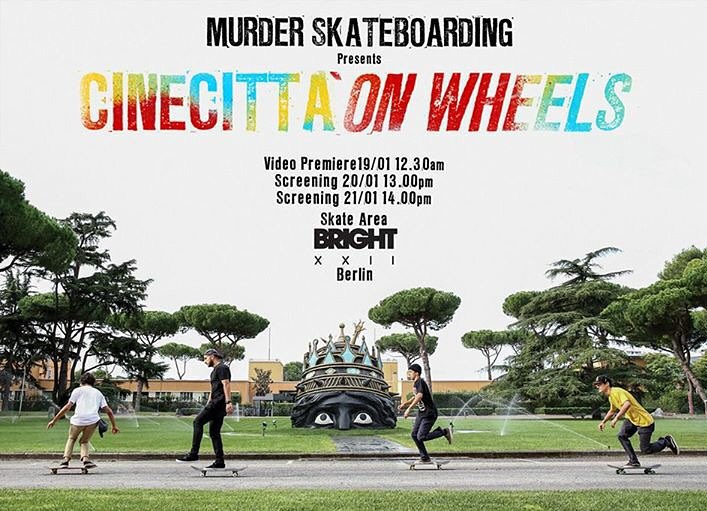 Cinecittà On Wheels is a short movie written and directed by Inti Carboni and produced by Murder Skateboarding, ( and co-produced by Kinethica e Zerosix Productions ), entirely filmed inside the famous movie studios in Roma (where thousands of famous movies have been made…Gangs Of New York, Mission Impossible 3, Once Upon A Time In America… just to name a few) using different movie sets and featuring the Murder team and friends. We are proud to have been part of this project that will be featured in the February issue of a brief glance. The video première will be in Berlin at the Skate Area inside the Bright Trade Show tomorrow, January_19 at 12:30. See you there.