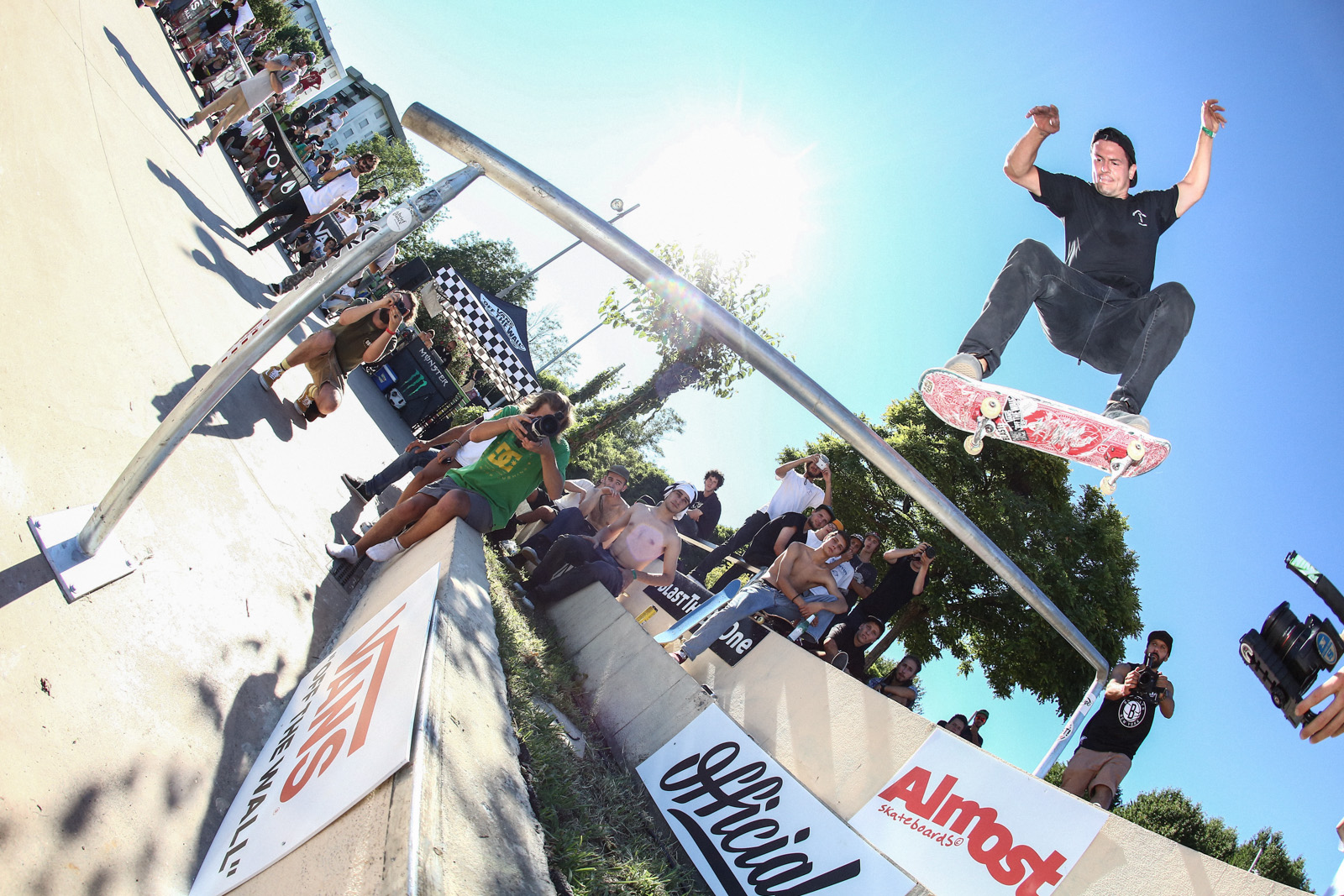 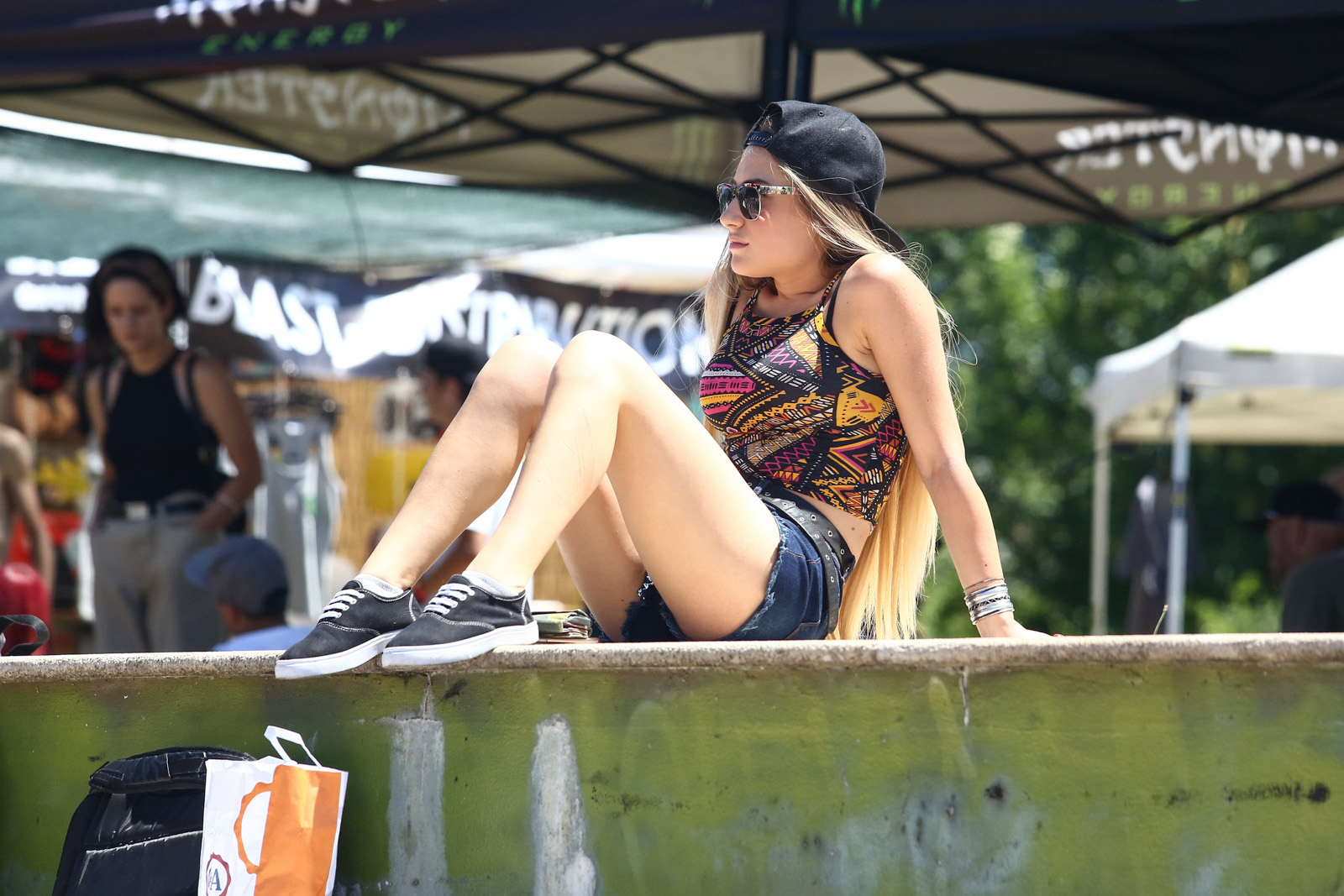 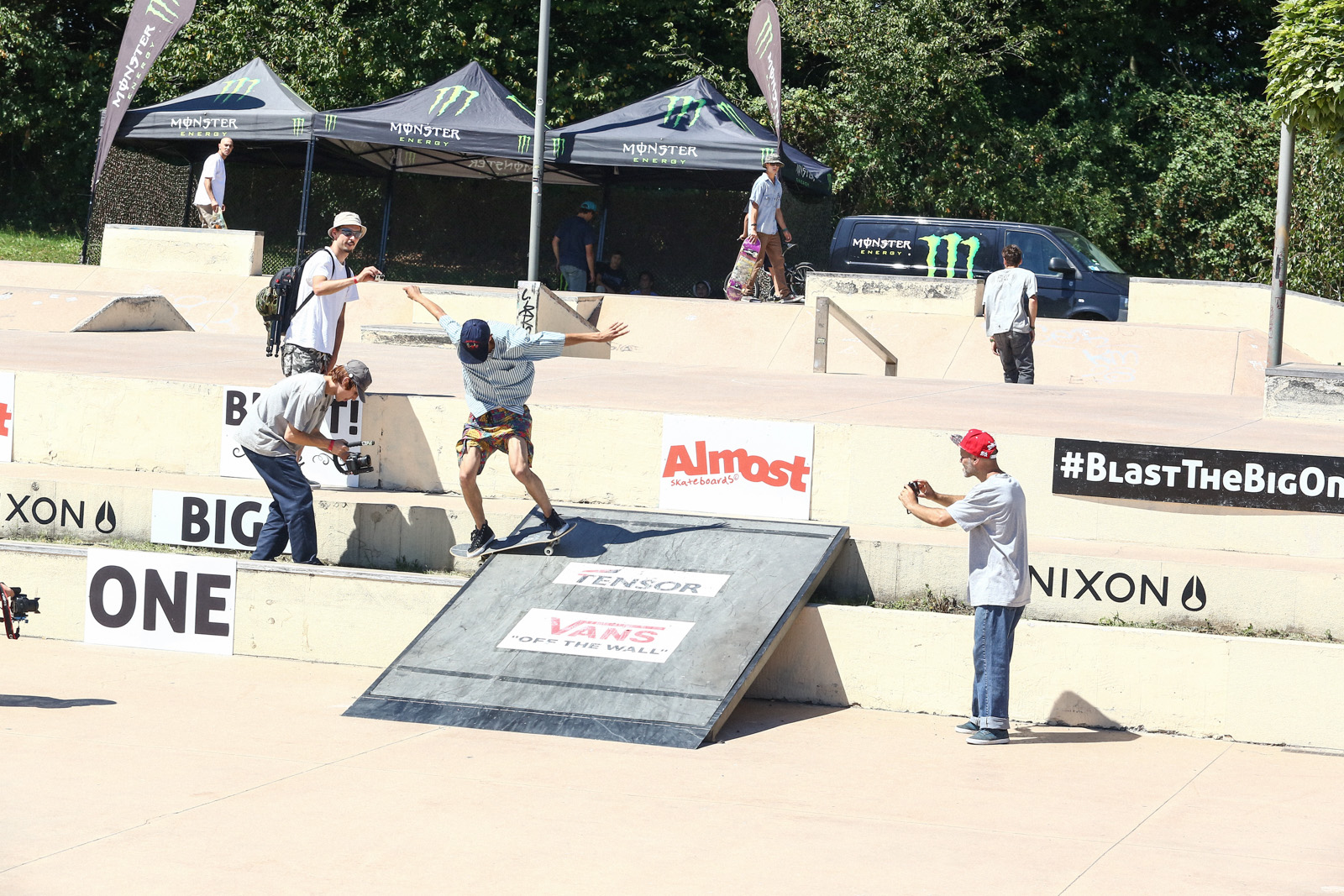 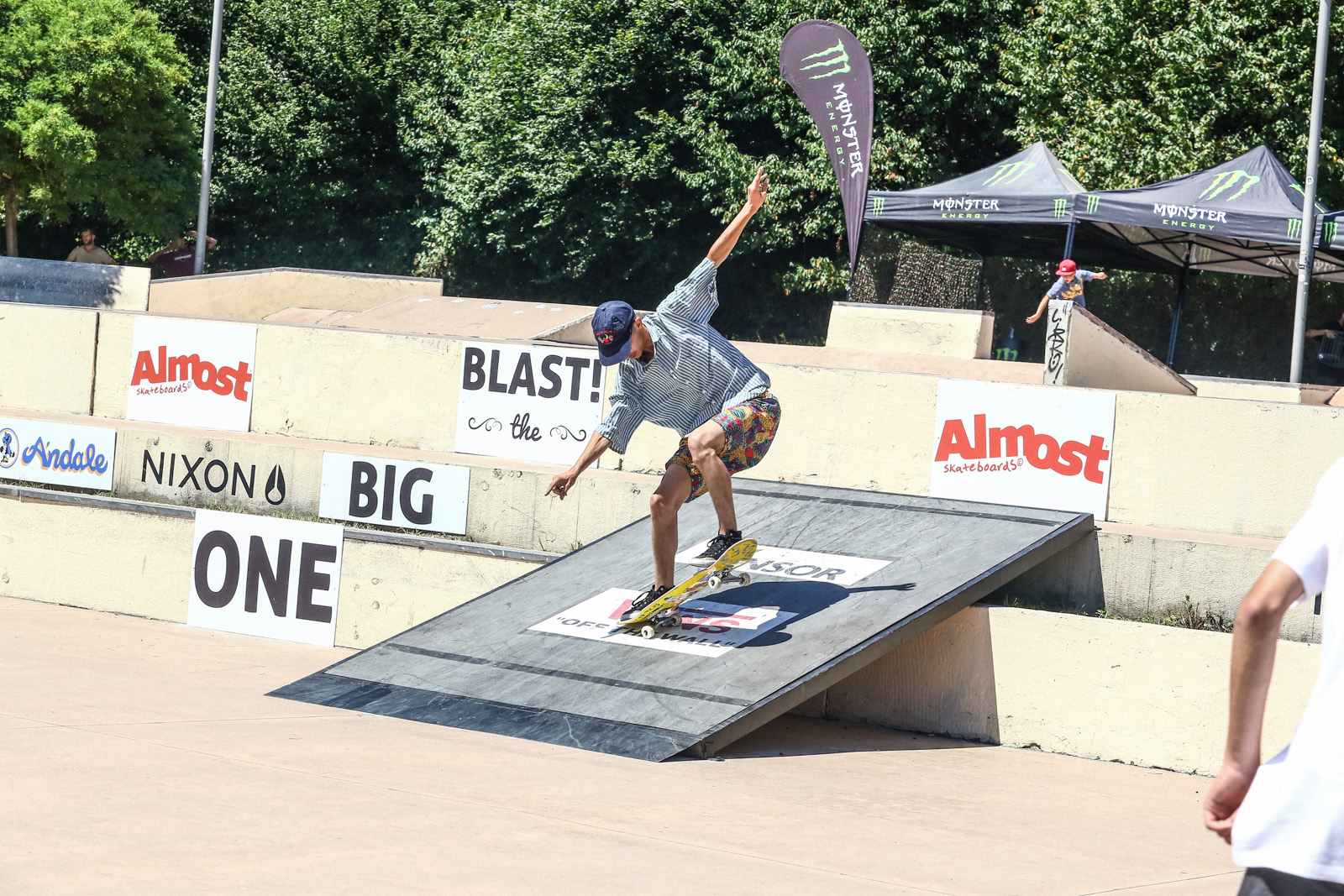 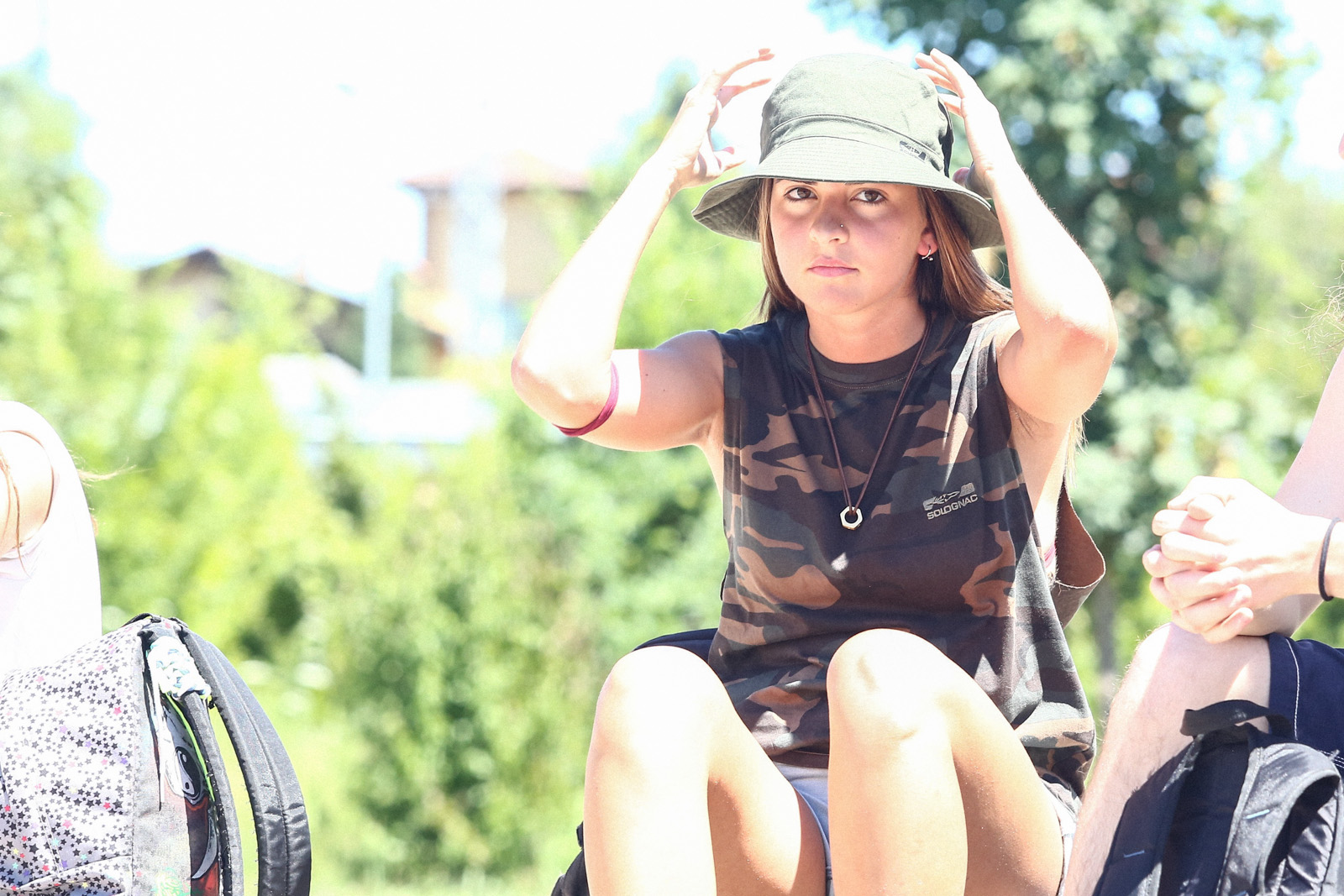 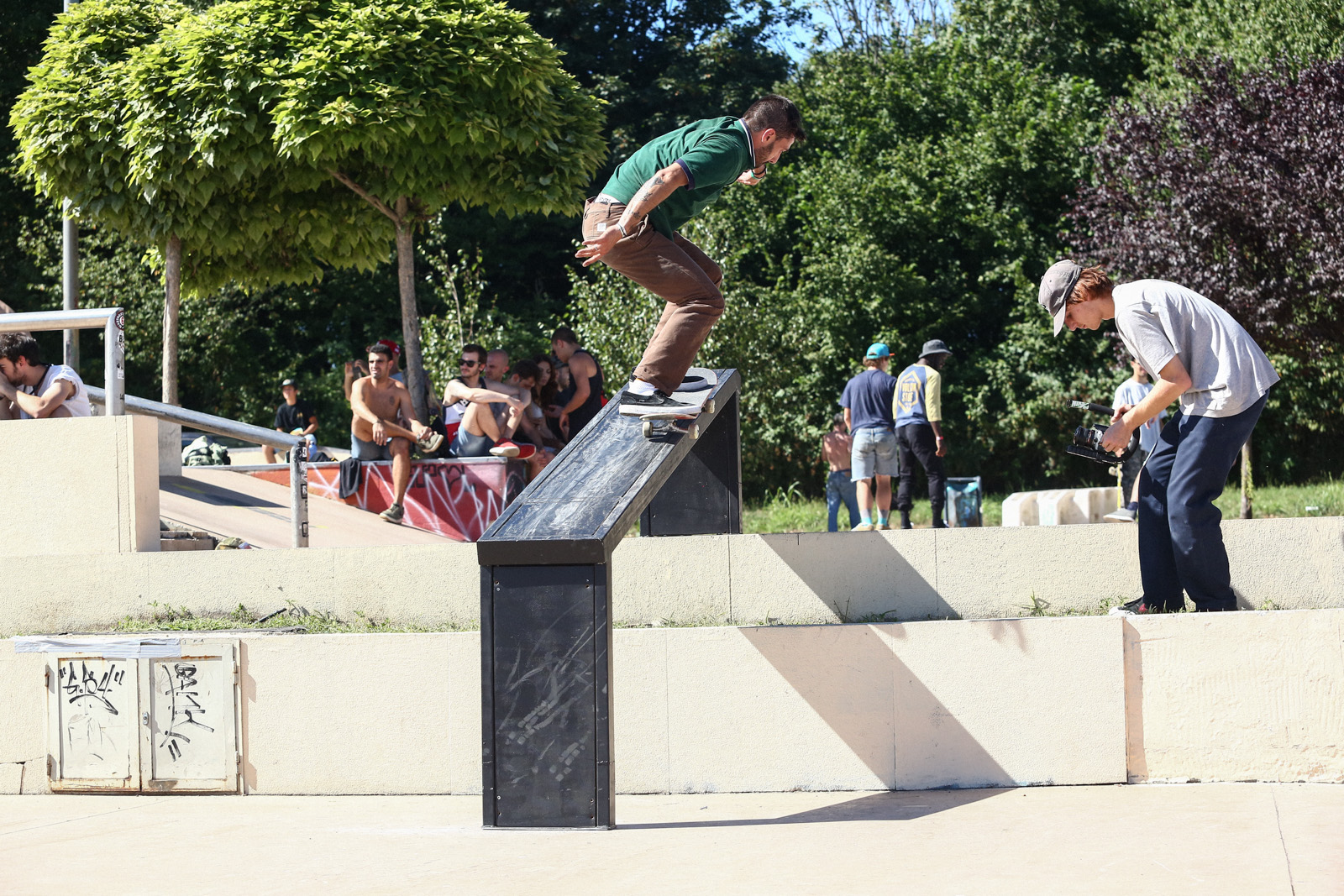 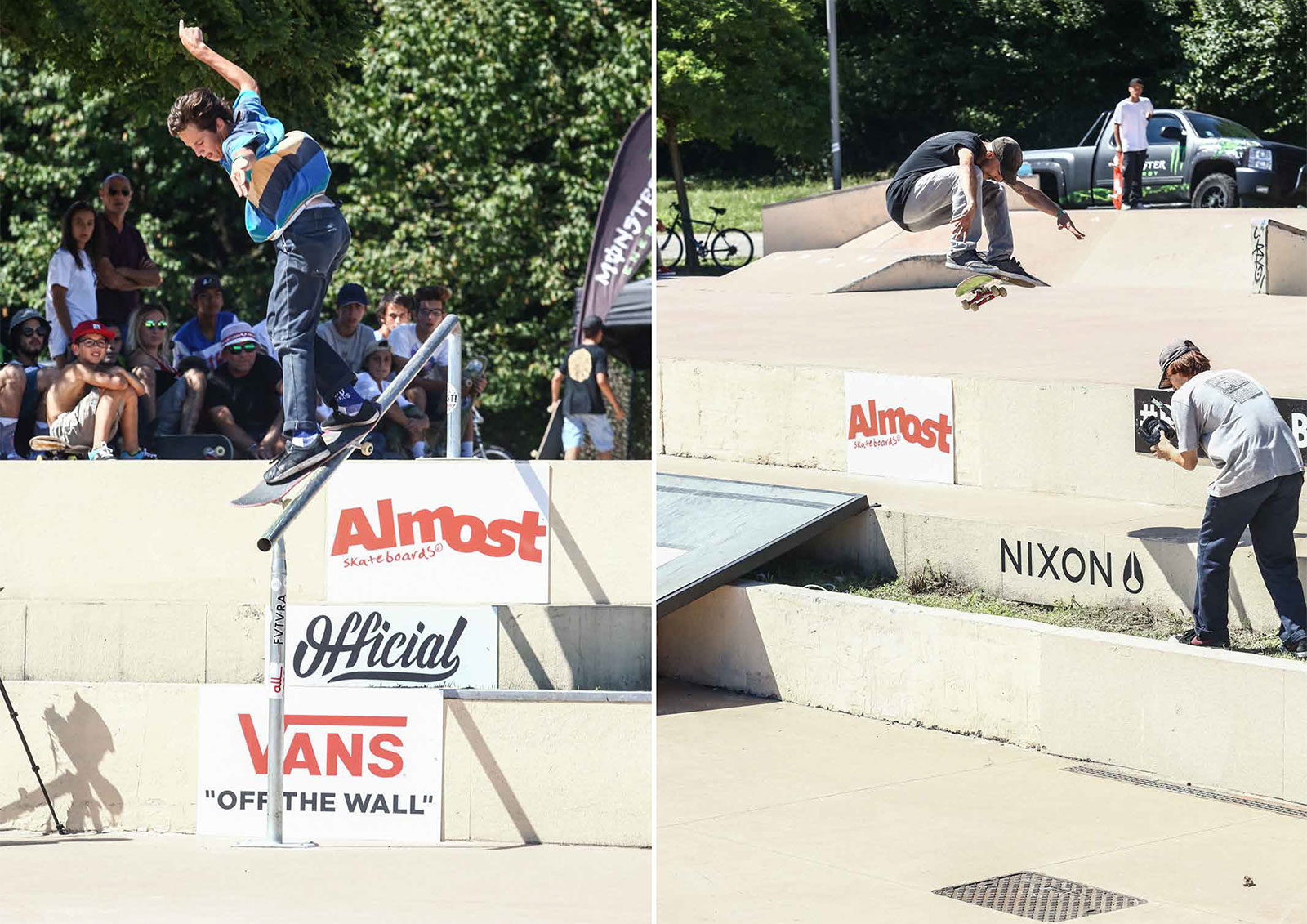 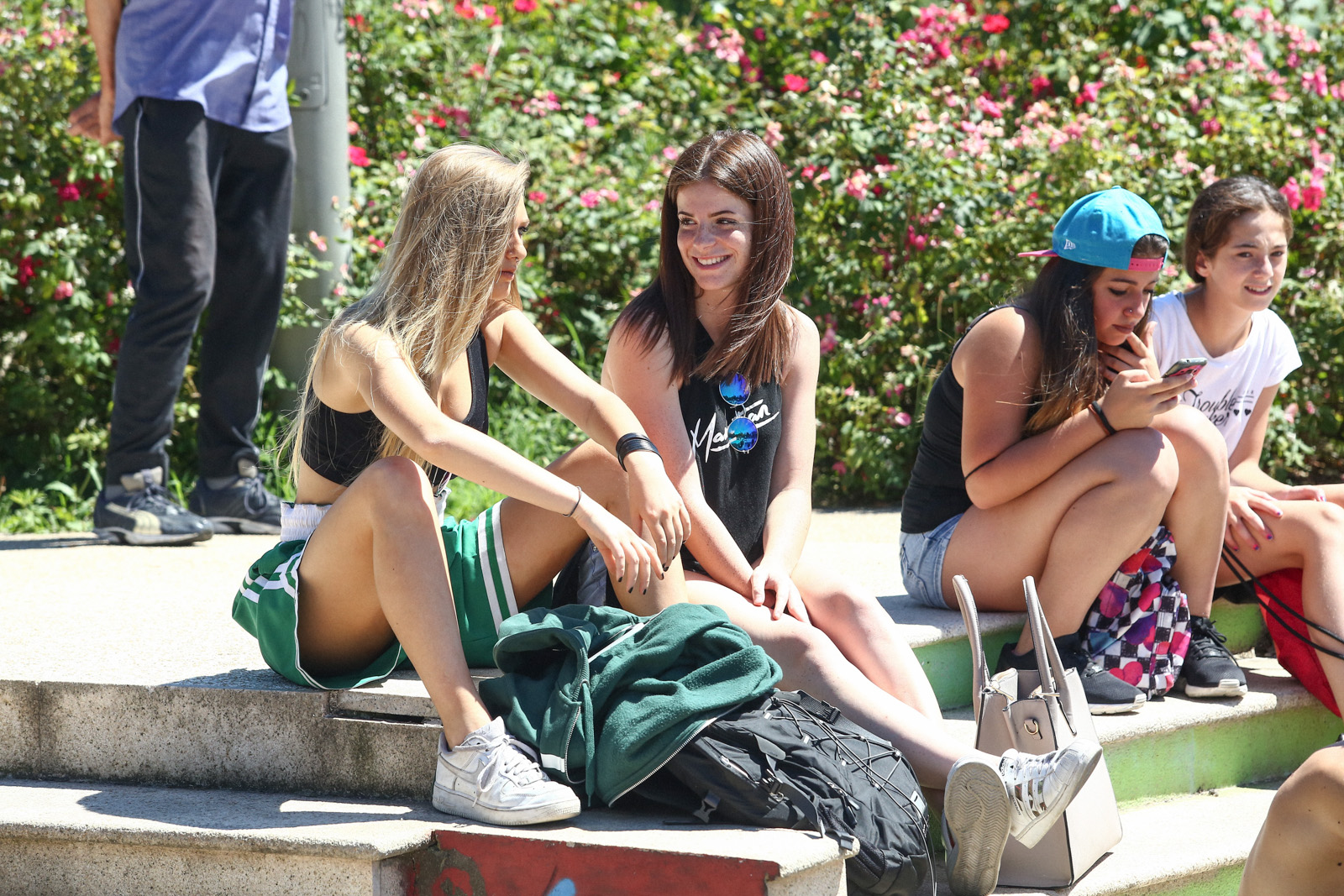 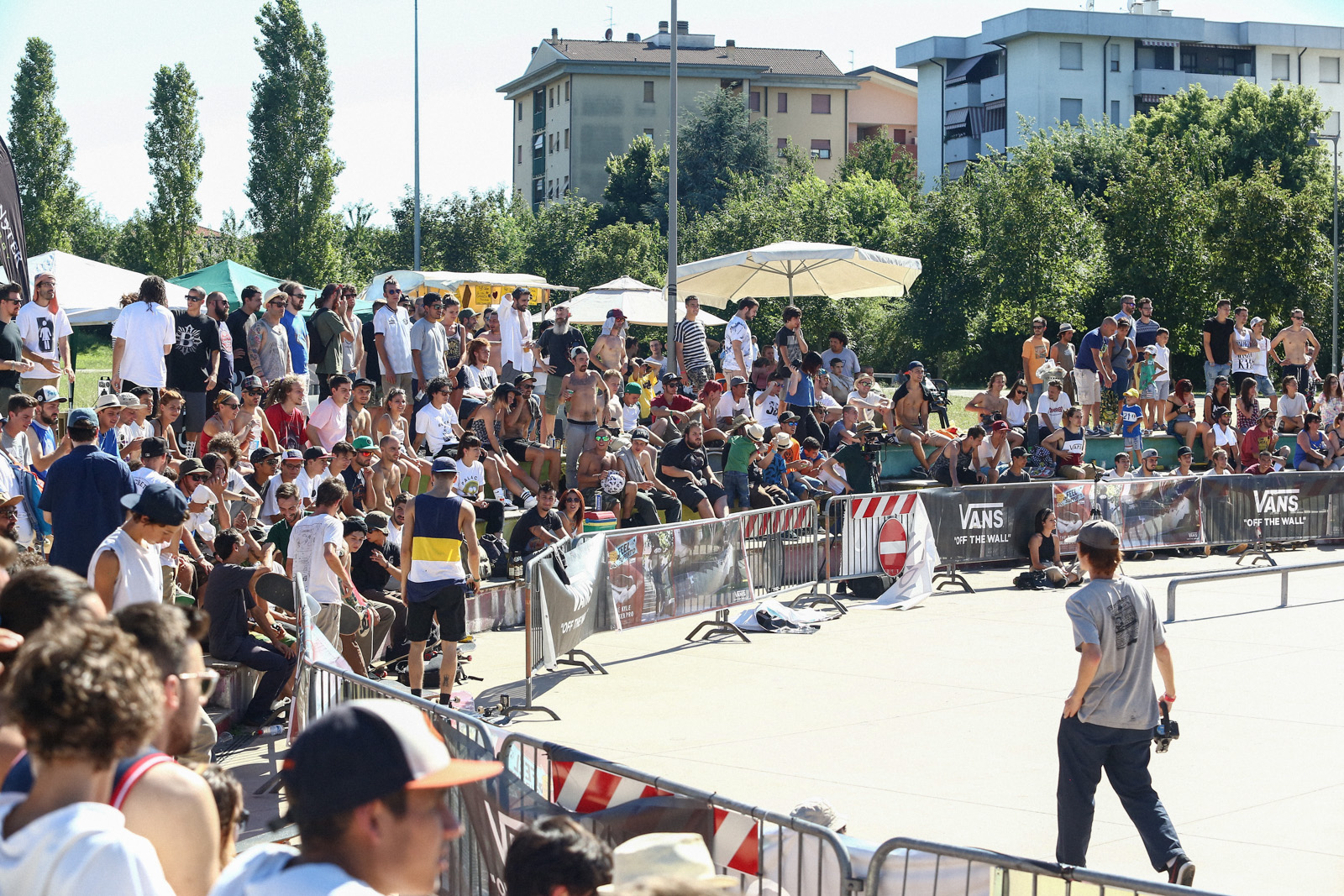 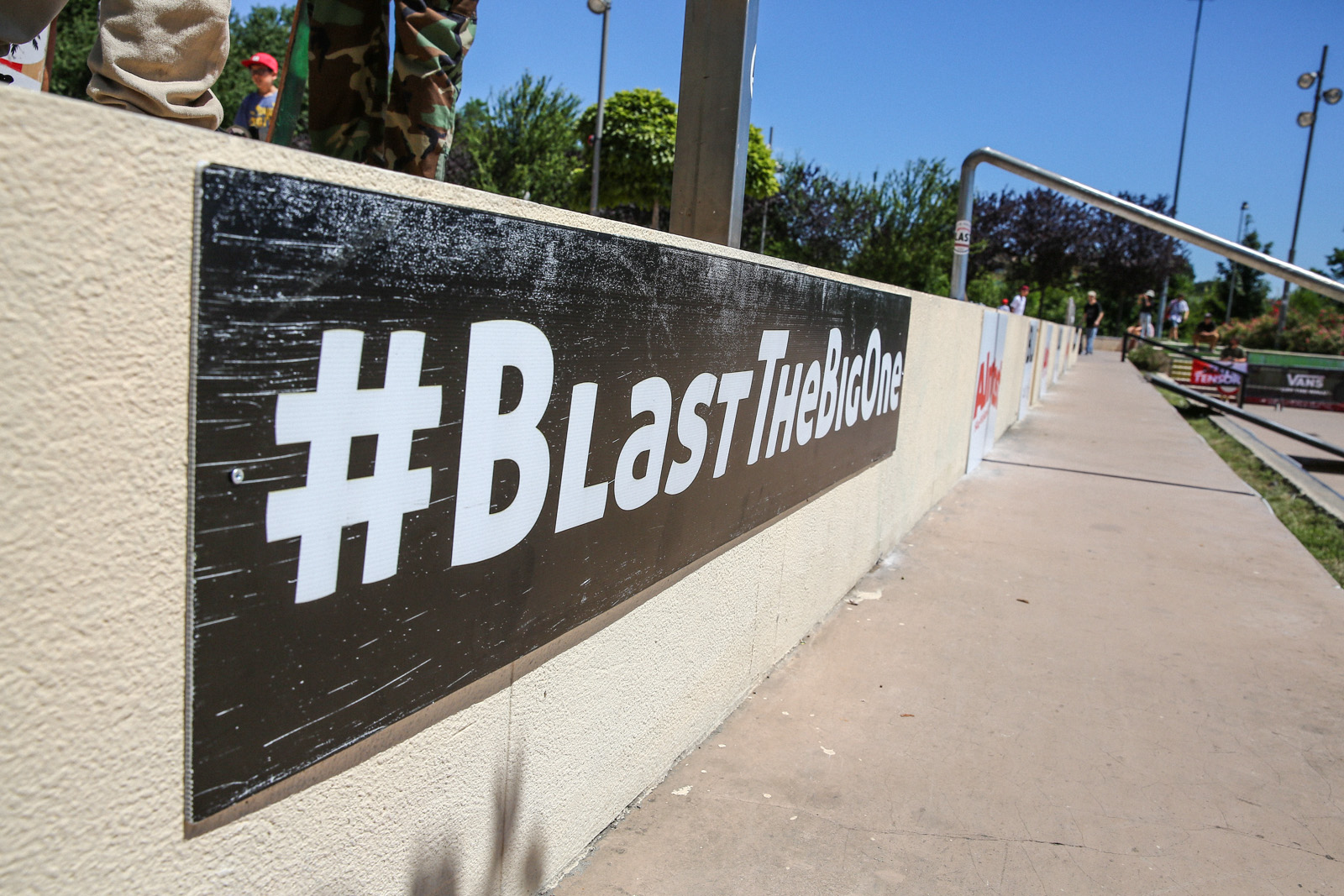 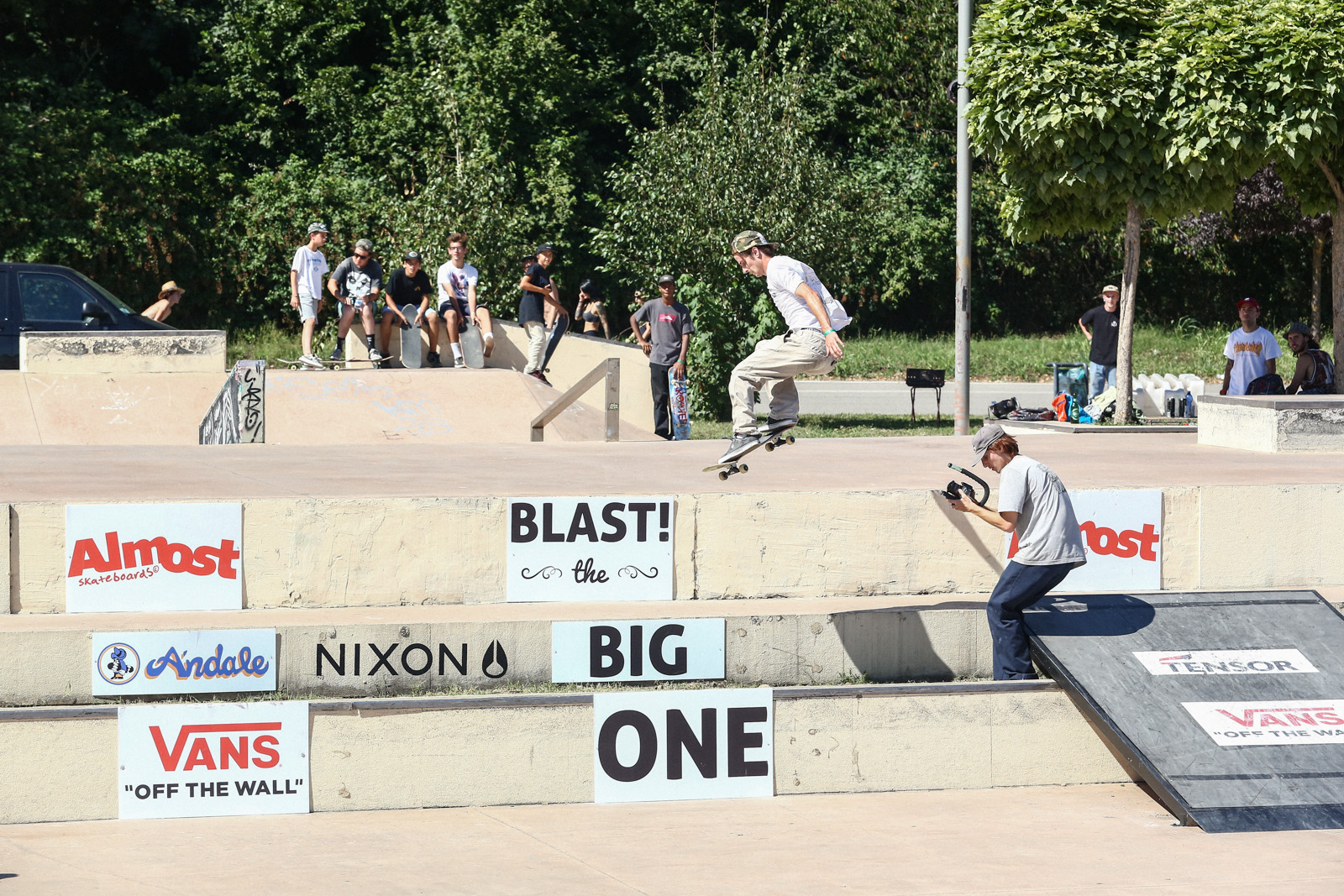 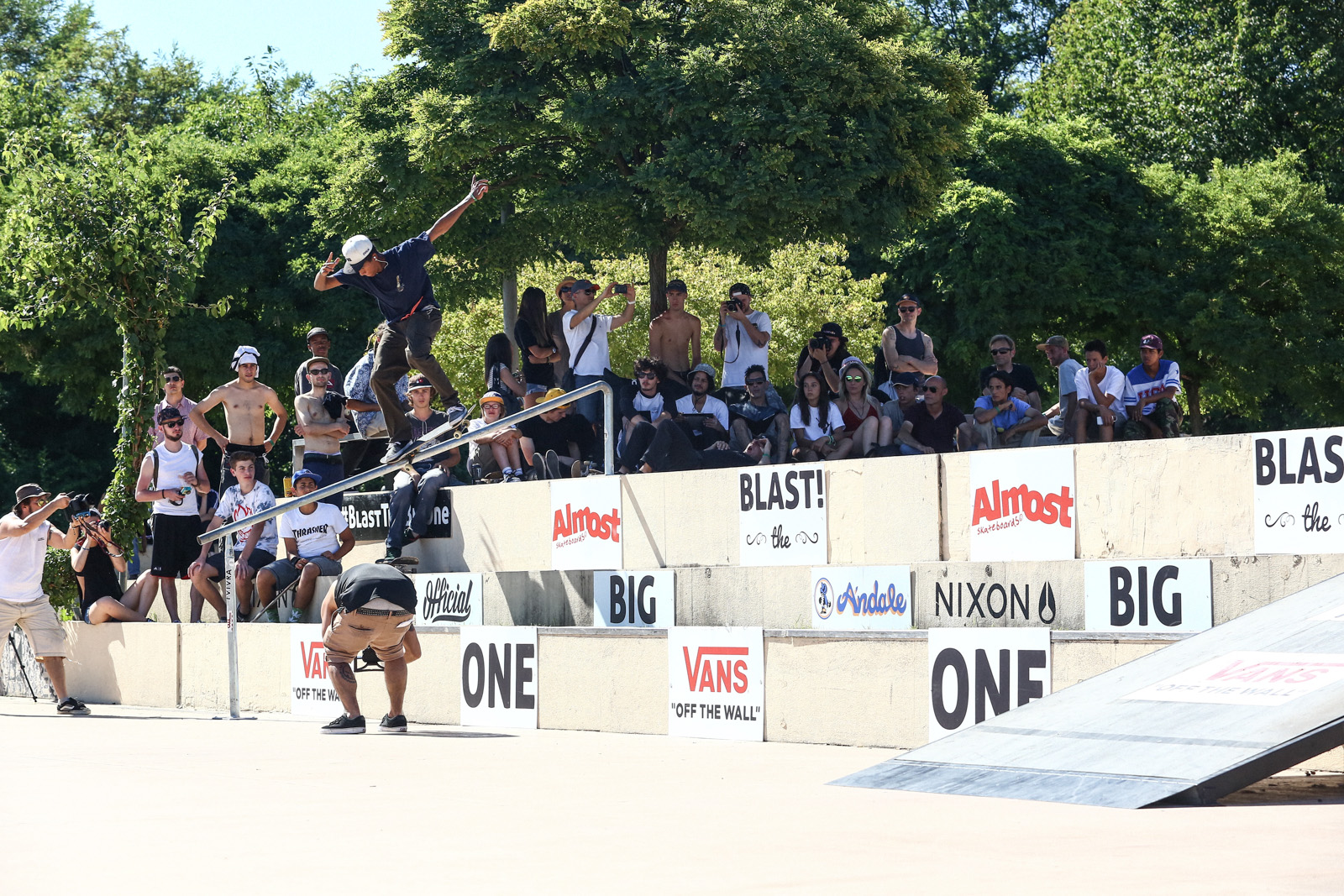 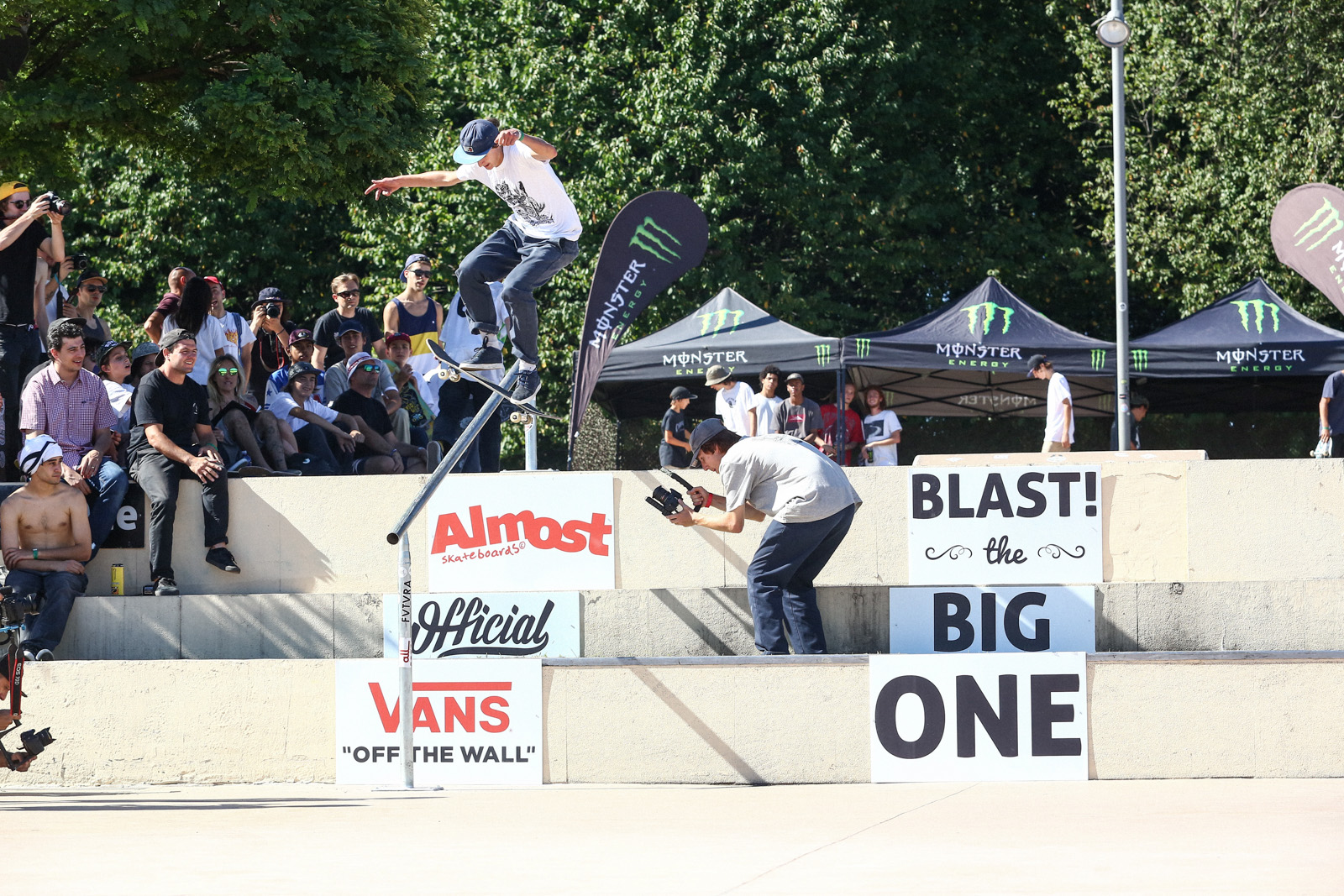 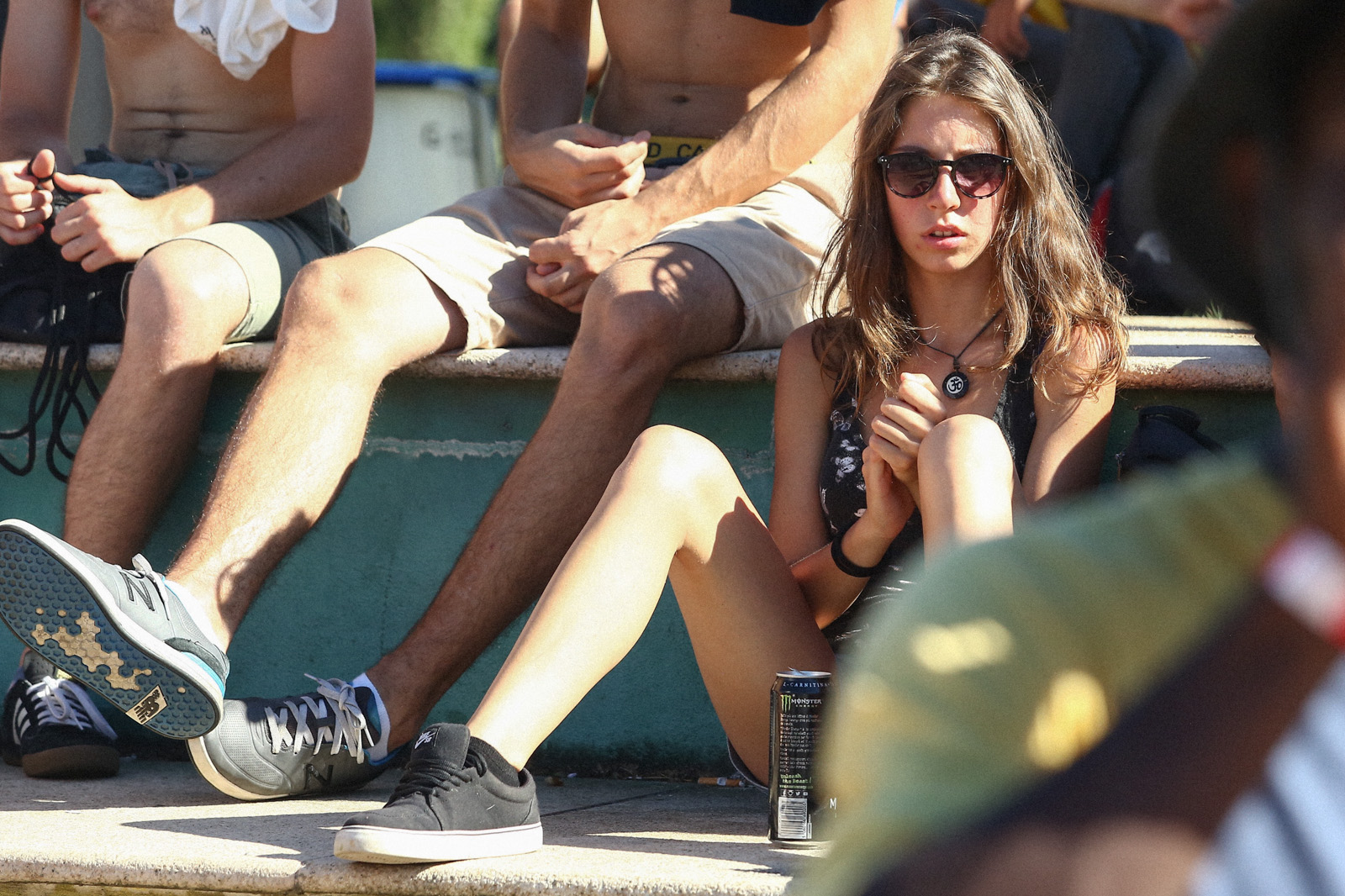 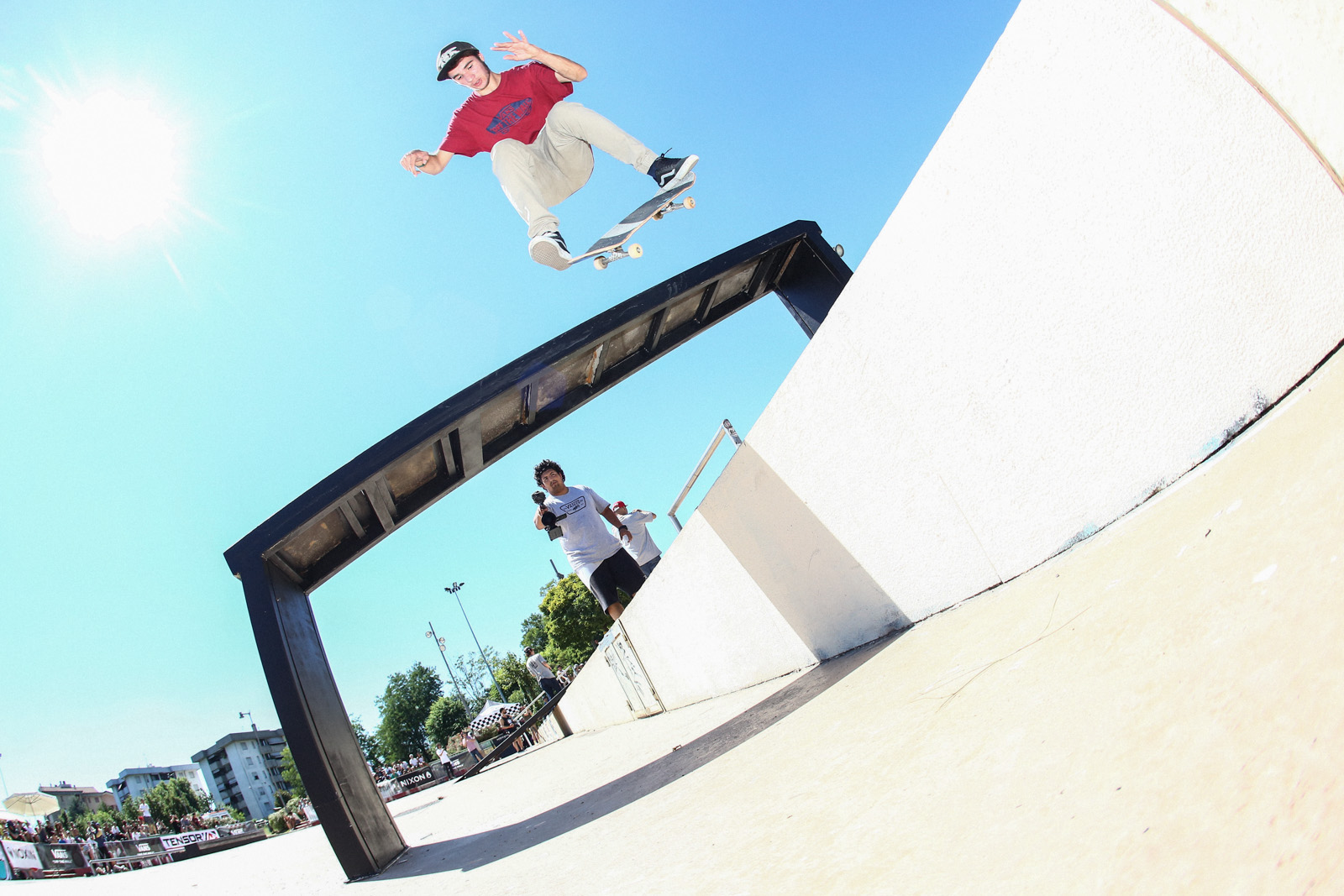 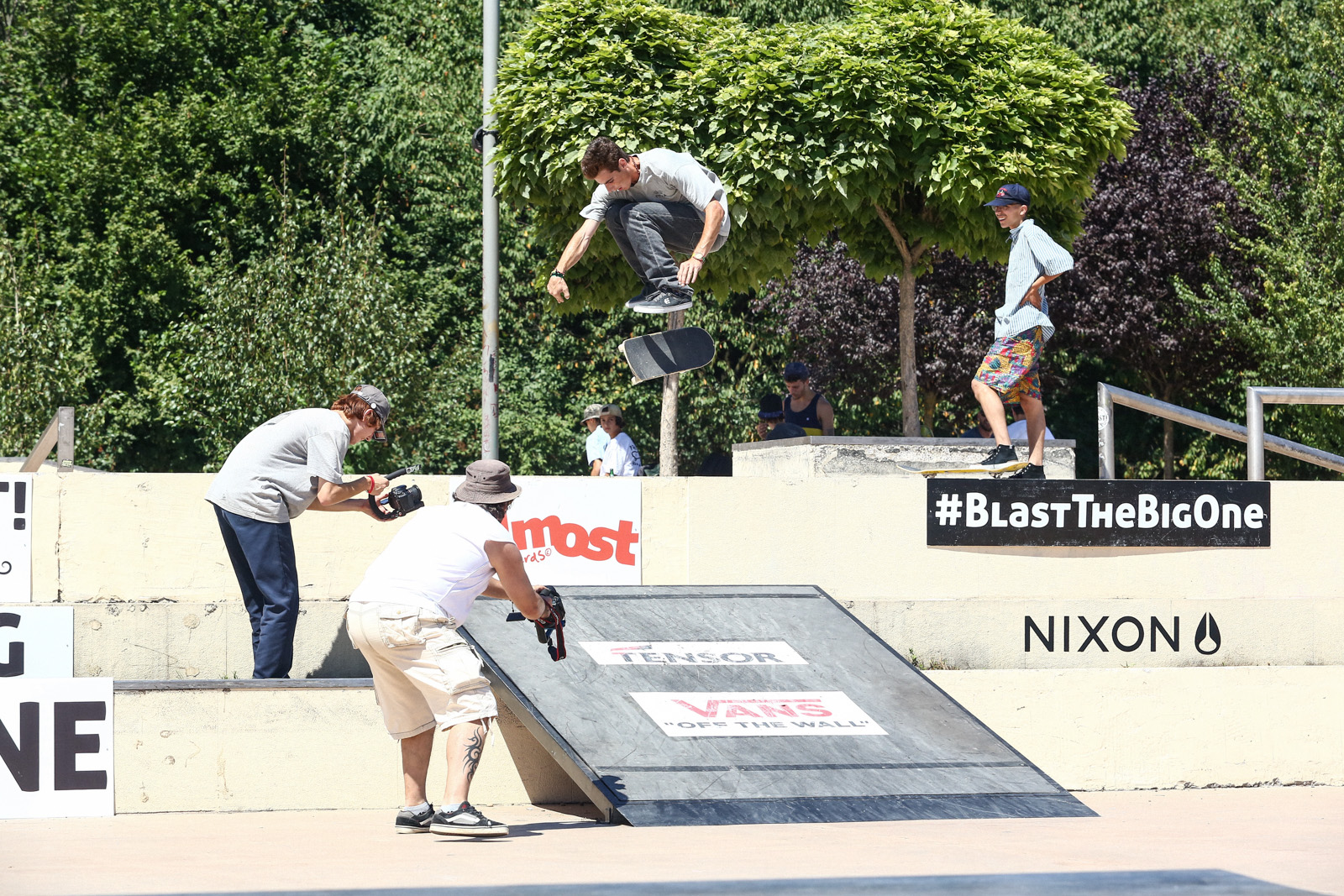 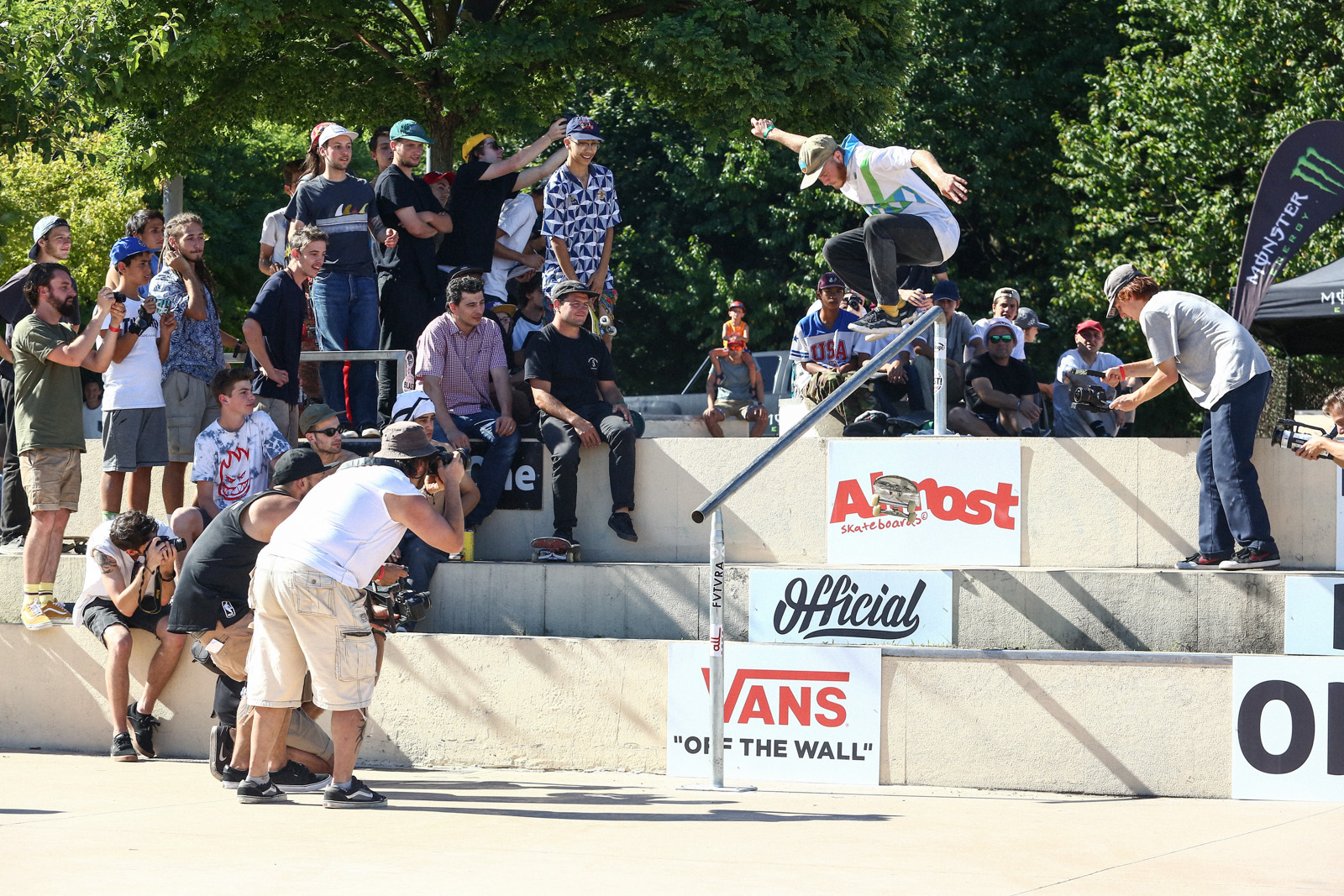 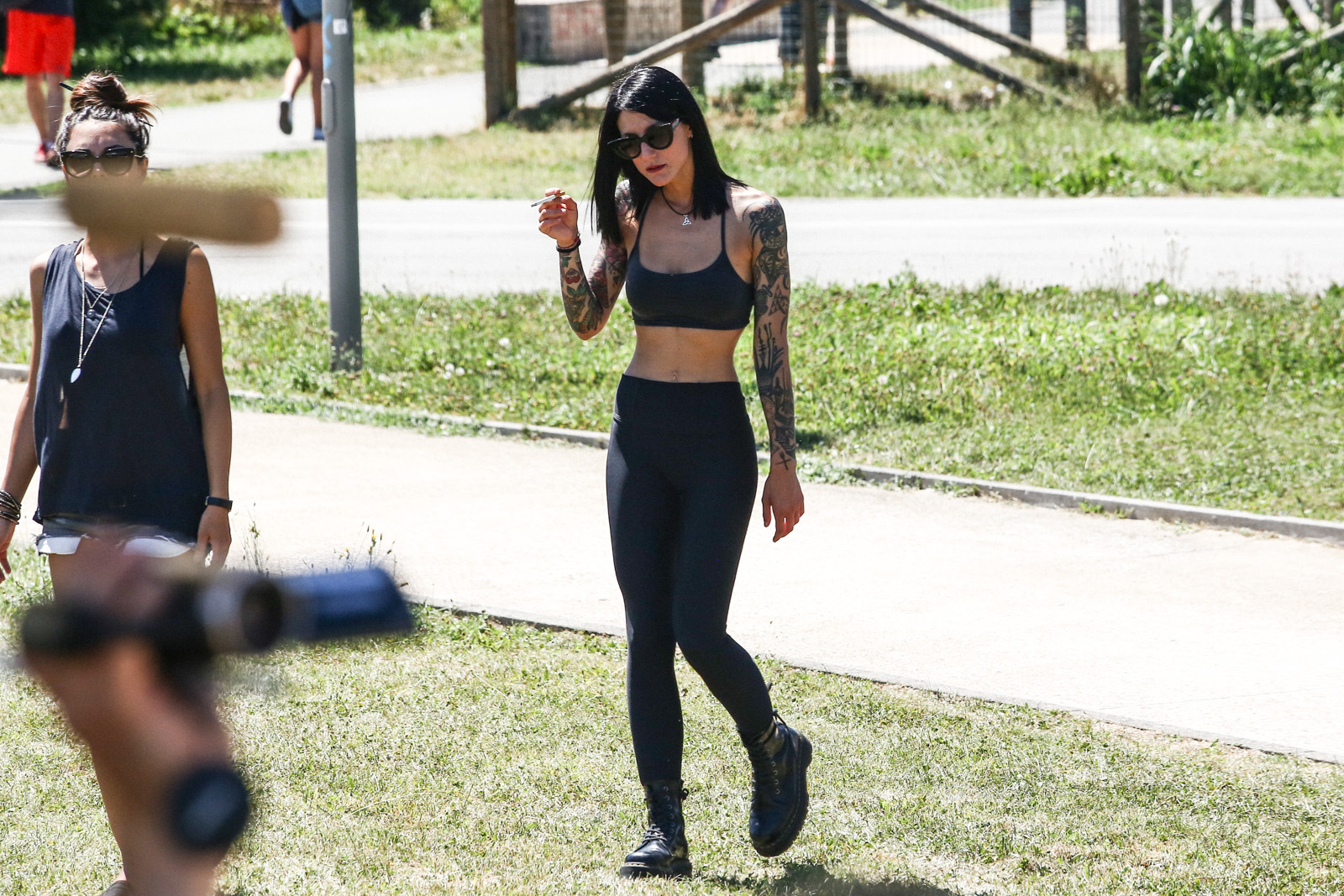 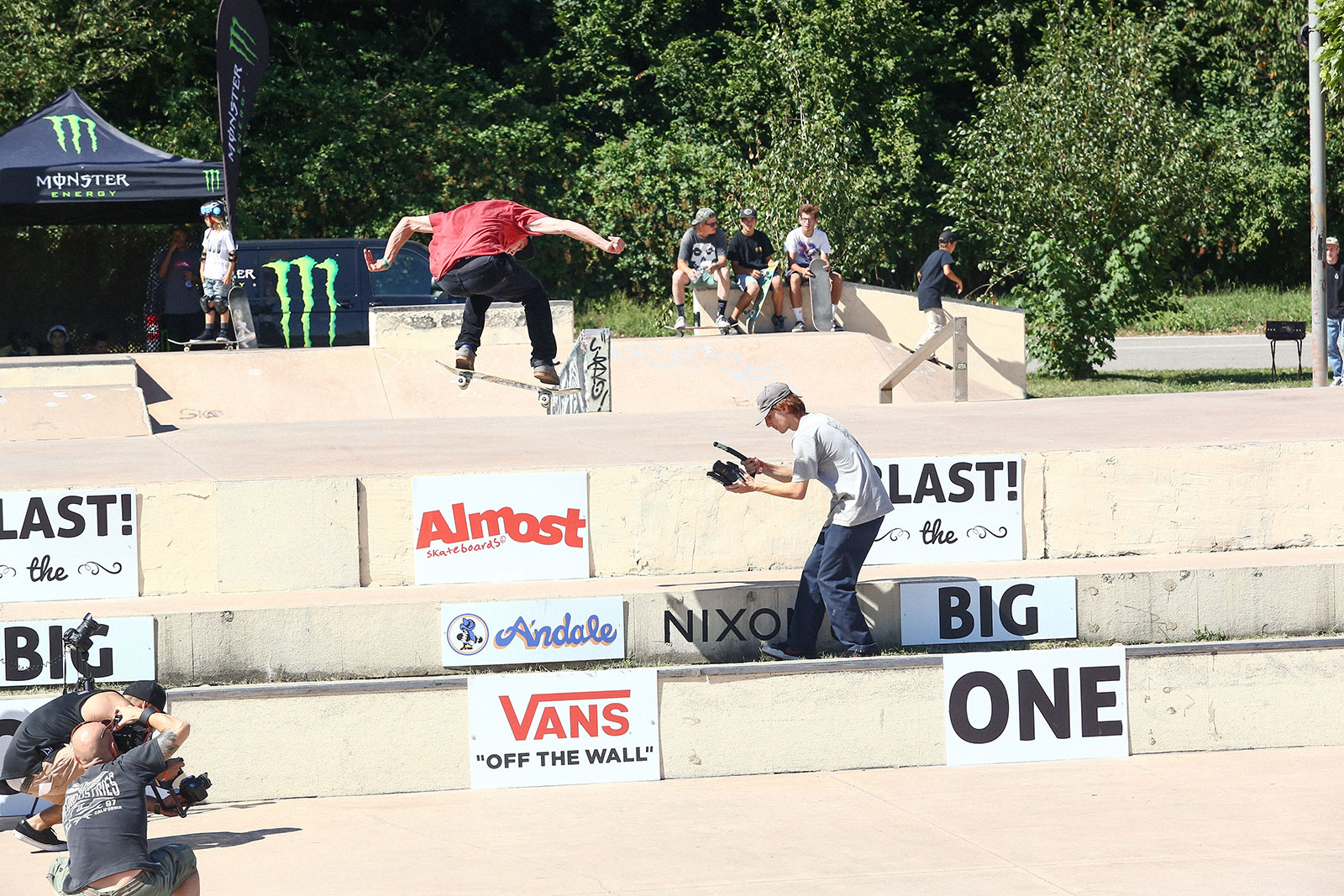 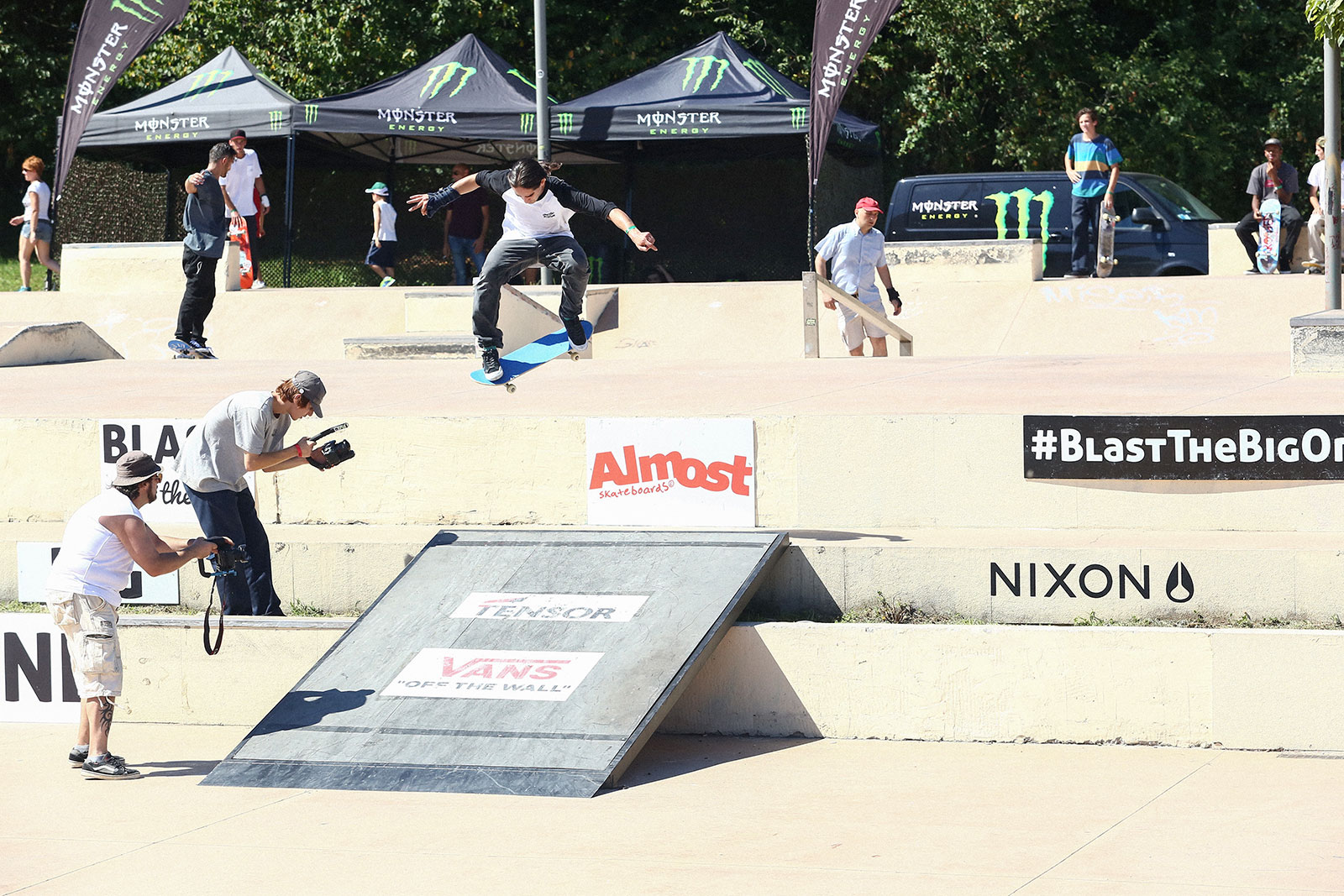 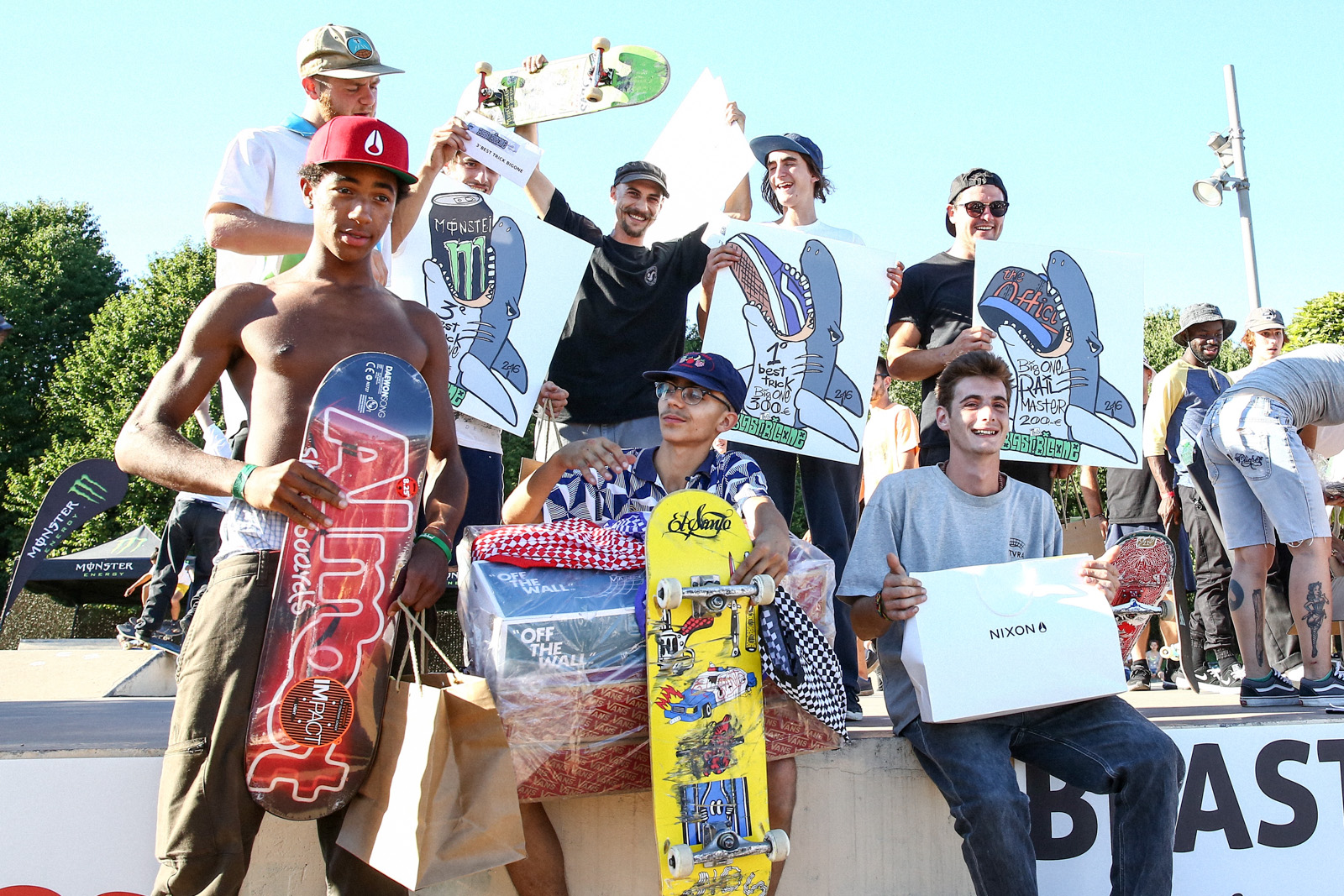 The 7th edition of the Blast! The Big One took place yesterday at the Society Plaza Skatepark in Seregno, Italy, under a warm sun and a perfect blue sky. Old and new faces showed up at this classic invitational contest organized by Blast! Distribution, presented by Vans “Off The Wall” and supported by Almost Skateboards, Official Hats, Tensor Trucks, Monster, Nixon and Andale Bearings. Many tricks went down the gap, the rail and the hubba… and it’s always good to see new guys skating with style and land amazing tricks in a few tries…The event is becoming bigger and bigger year after year and more and more people come to watch the contest and enjoy the day. Several different prizes were planned for this 2016’s edition:

Best trick down the Big One gap:

Congrats to Blast! Distribution for the great job done and to all the skaters who took part to this now classic event. See you at the 2017’s edition.

CLICK ON THE IMAGE ABOVE FOR FULL SCREEN PHOTO GALLERY.