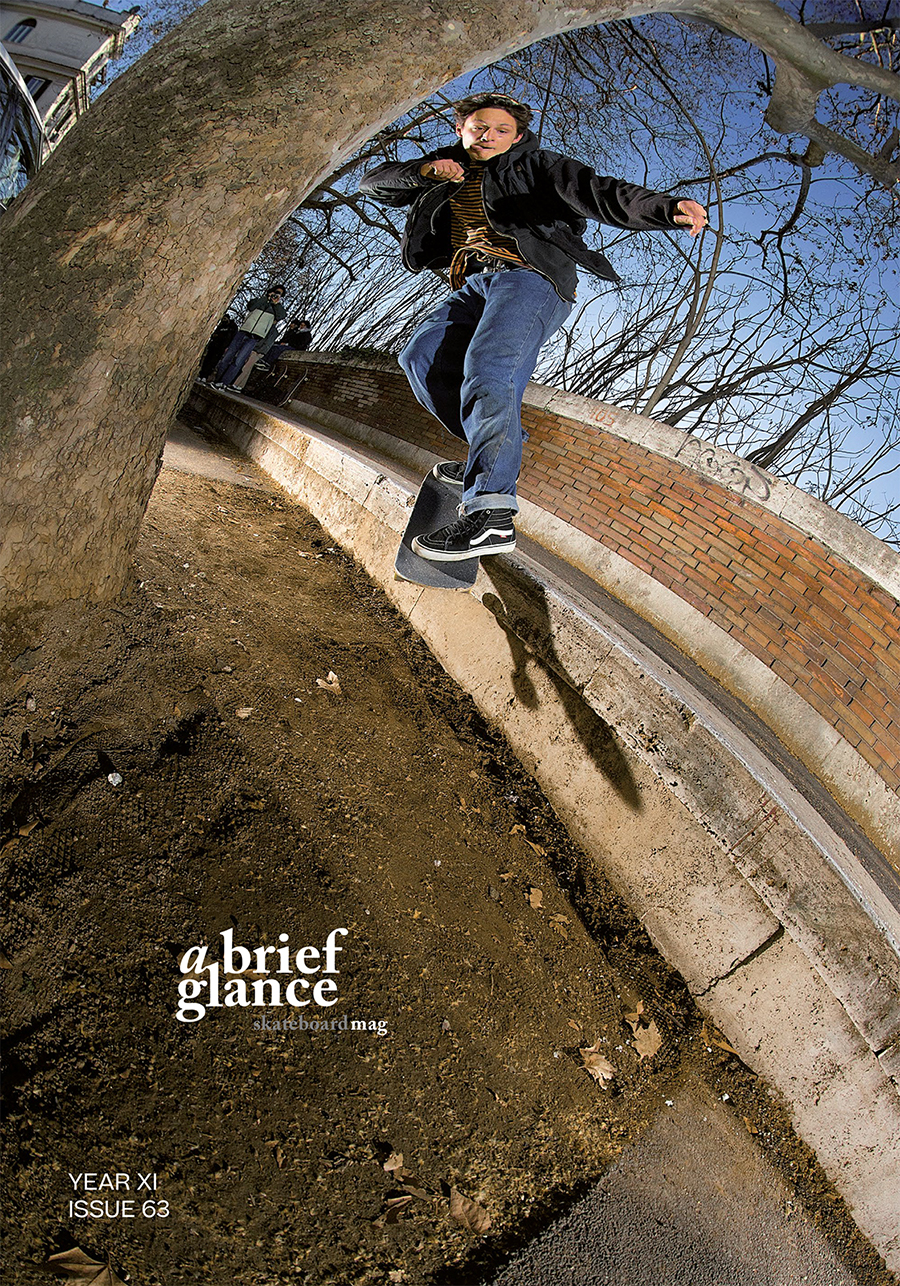 We are really really happy to announce the release of a brief glance issue #63 our first issue of 2021. Create it from scratch, in one month, during winter and in full lockdown has been an interesting challenge. Lorenzo Silvestri is on the front & back cover with a backside smith grind shot on a late afternoon in magical Roma by Davide Biondani – Lorenzo represents and upholds the roman’s skateboarding tradition and opened us a door to his world made of creativity, emotions, crazy artsy productions and a lot of smiles. “A Conversation With Soy Panday“ is a deep, super interesting interview with one of the heads and souls behind Magenta Skateboards …a mix of his amazing artworks and his sick skateboarding. “The Passetto Project” is a dive into a hidden world squashed in between the rocks and the water and painfully snatched away from the forces of the Adriatic sea by the locals. “5 PHOTOGRAPERS” five conversations with Mike O’Meally, Richard Hart, Reece Leung, Clément Le Gall and Gerard Riera. “It’s All About Passion” making a crazy spot skateable with Danny Galli – PRINTED EDITION will be in skateshops in Europe starting from tomorrow on.