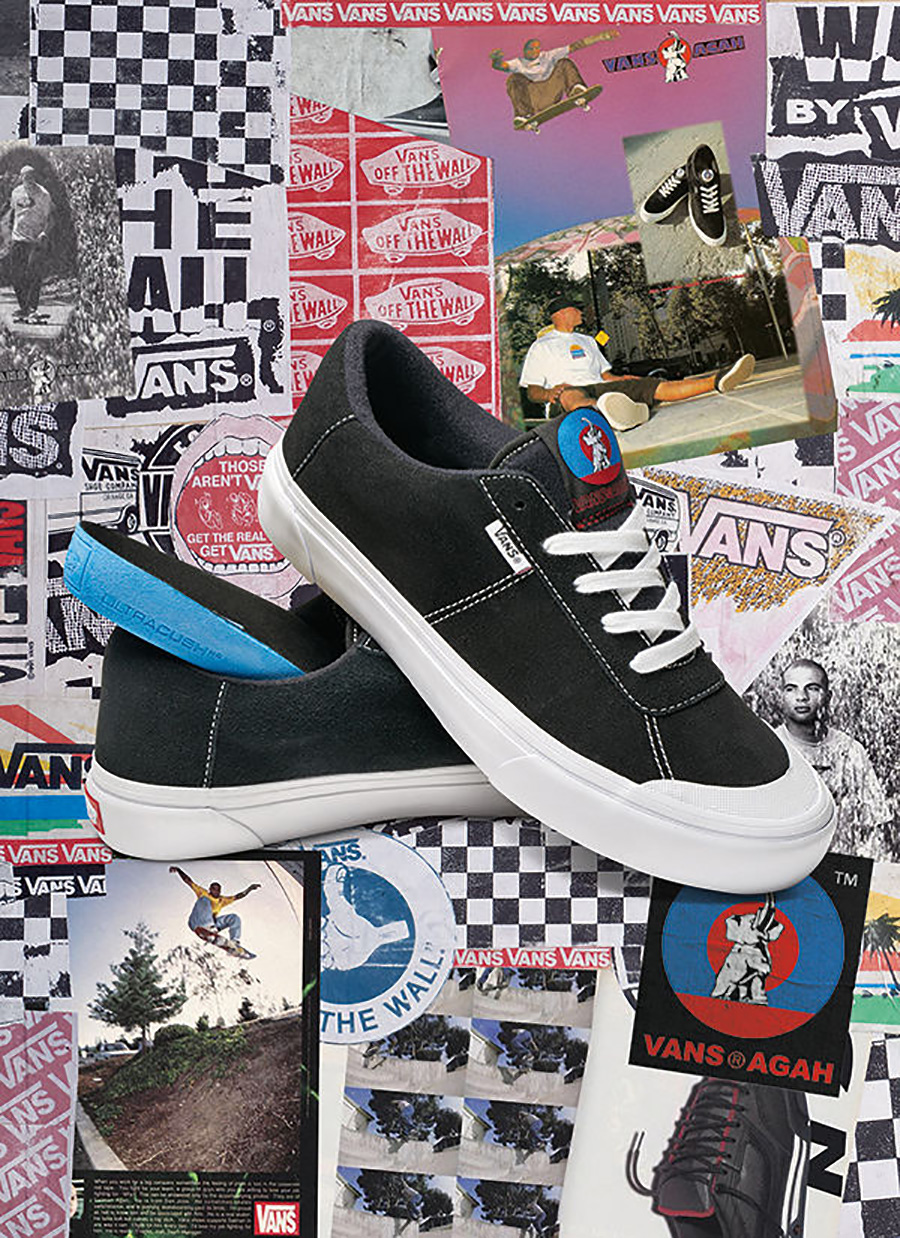 Back in the 90s Salman Agah was famous in the worldwide skateboard scene for skating switch stance, he was a master on this, and was nominated Thrasher’s S.O.T.Y. in 1993. Also he was famous for constantly having a cast on his left arm. In 1994 Vans released his firs shoe pro model whose main characteristic was the rubber toe, not so popular at the time but deeply loved by skateboarders today.