The Talent Scout Artist Series is a collaborative footwear and apparel collection featuring the works of six different artists from a variety of mediums, genres and backgrounds. Each artist designed an etnies Scout colorway along with t-shirts to compliment the footwear, creating a comprehensive artistic showcase. 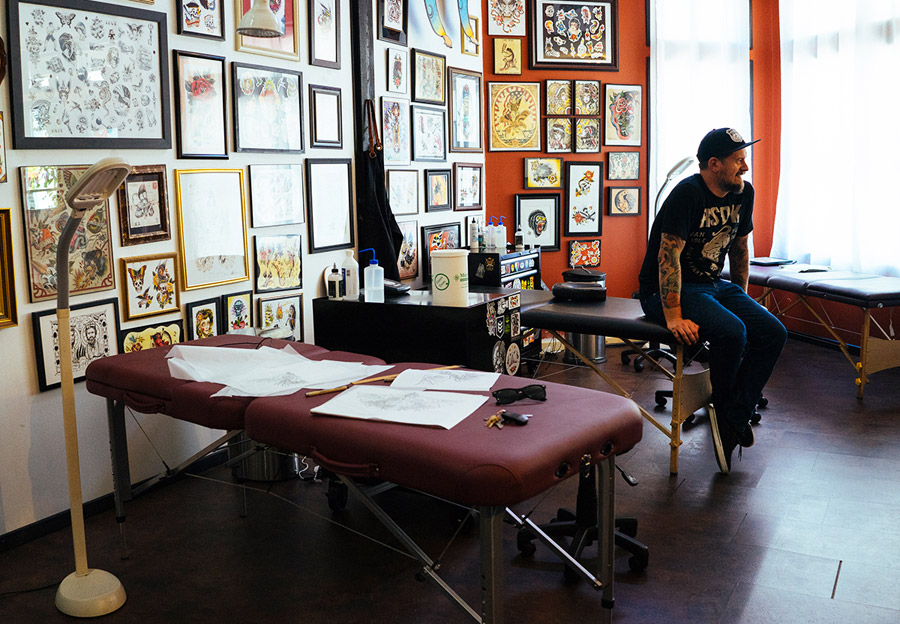 Russ Morland, also known as LURK, is the first release of the series. He has drawn inspiration from skateboard design and heavy metal albums throughout the years. Aside from his traditional and digital paintings of Lurks, Russ owns Electric Umbrella Tattoo and an Art gallery. The inspiration behind his etnies Scout stemmed from his Lurklandia landscapes and upon the principle that less is more. Morland’s clean line work on the dark Scout silhouette will require a second look to understand each hidden message on the shoe. 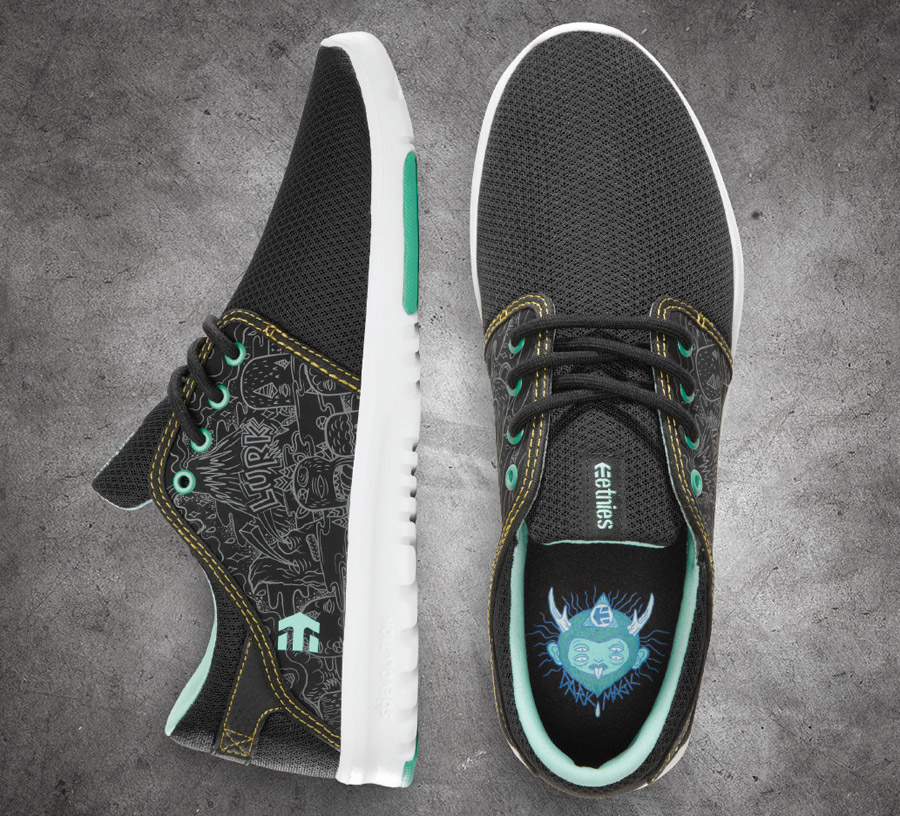 “In 1987, my eyes were opened to awesome art via the mediums of skateboard design and heavy metal Albums. In 1990 I painted Warhammer Figures and listened to punk. In 1995, skateboarding was awesome. In 2000 I moved to Canada from England. In 2008, LURK was born and has been bugging me ever since. That’s great. The art for the shoes was inspired by my new LURKLANDIA landscapes; I wanted to go with simple line work on a dark color so that the shoes were almost hiding a secret that required a second look. I love the idea of someone picking up the shoe and looking at all the little details instead of just one big over the top image. Less is more, LURK is more“.