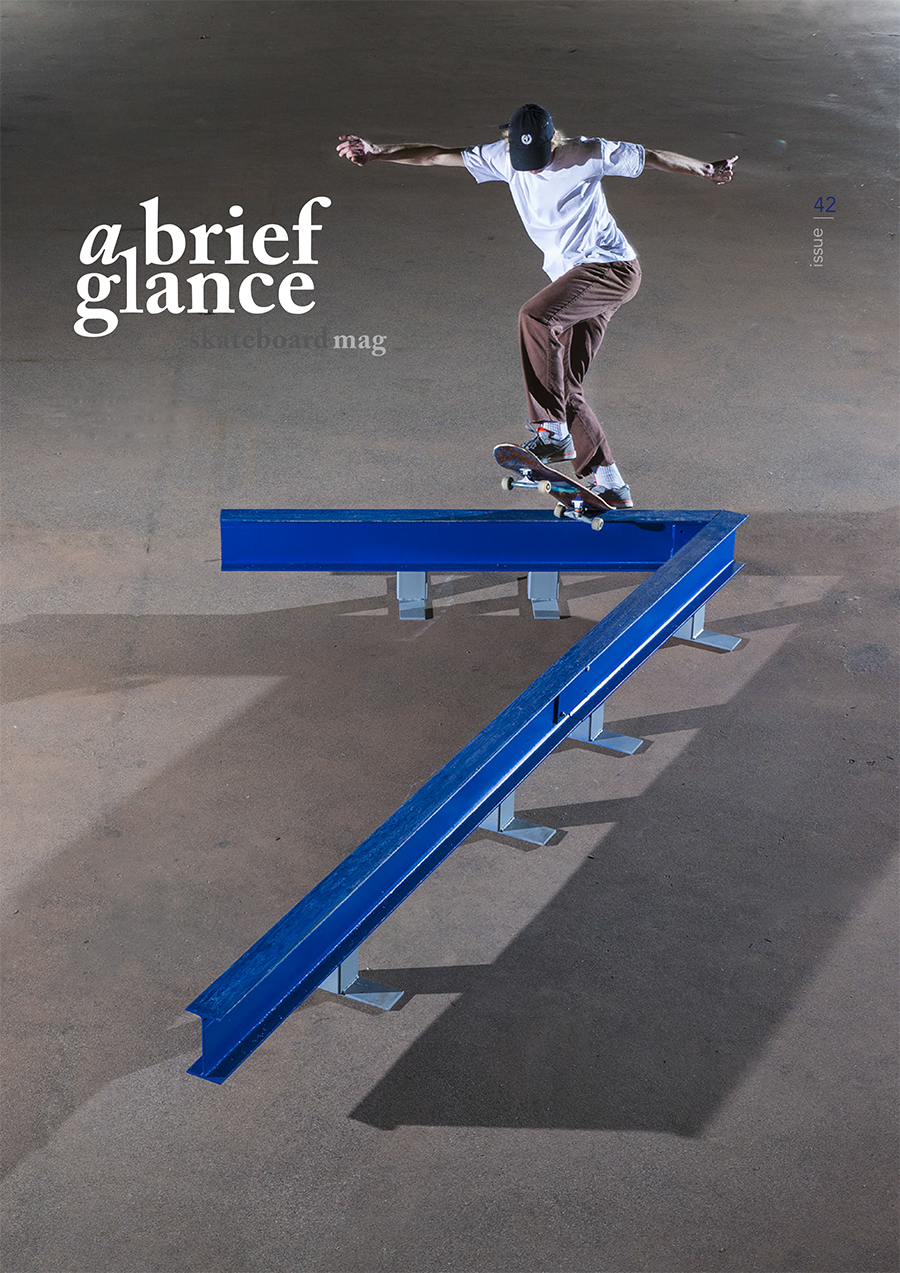 On the occasion of a brief glance’s 7th birthday we have the great pleasure to present you our issue #42.

Right In The Night: skating at night has always a special flavor.

Places: Krill Korobkov went to North Korea and came back with a sick photo reportage & some interesting stories.