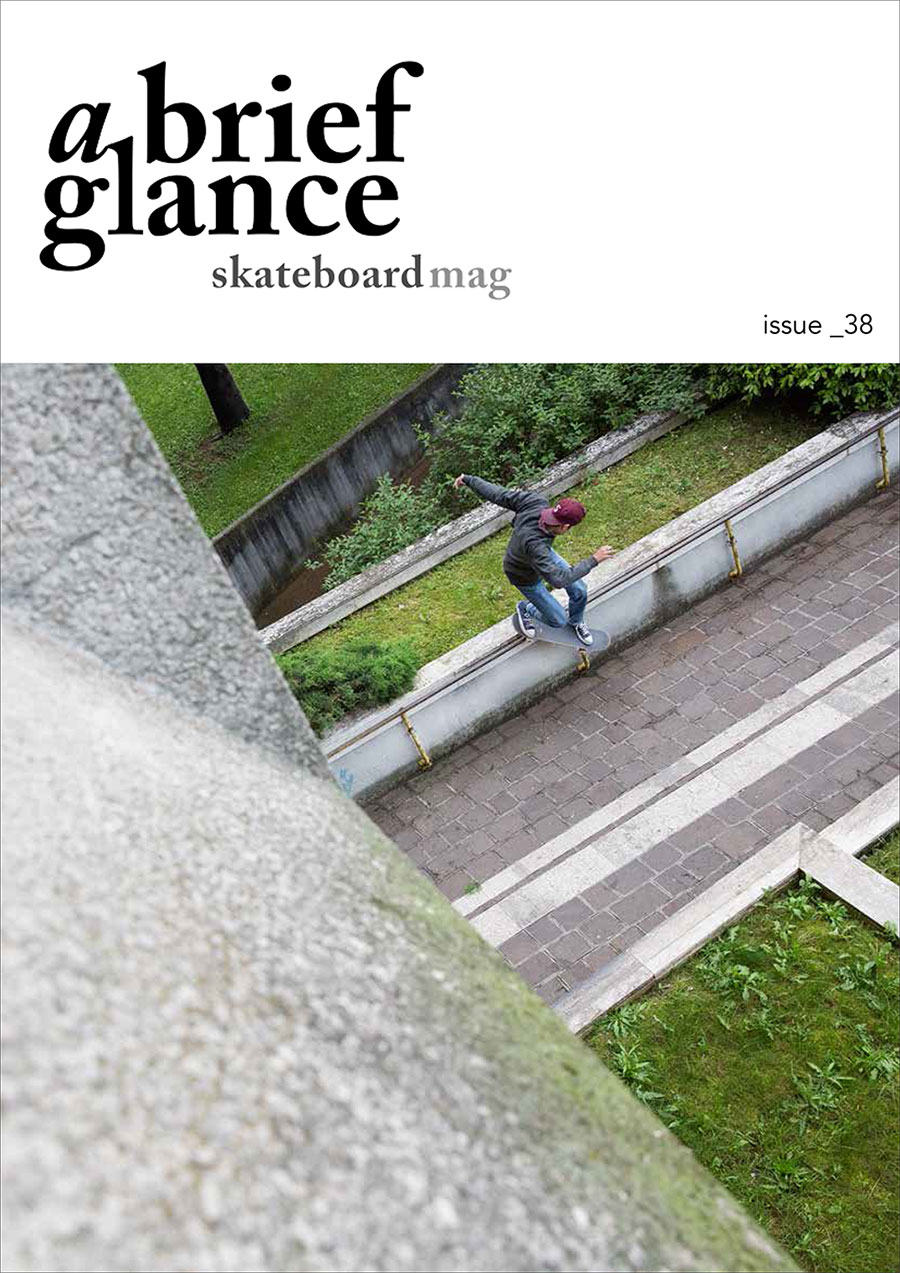 Welcome to a brief glance issue #38.

Fragments_4 photos from around the world_France, Northern Ireland, Greece, Germany.

Blast! In’L’Aquila_In 2009 the Italian city of L’Aquila was hit by an earthquake that leveled the city center and caused 309 casualties. Seven years later the place is still a construction site, the Blast! Skateboarding team spent some days skating l’Aquila.

From Paris & NYC to Milano_3 skaters from NYC, Sean Pablo, Sage Elsesser, Ben Kadow; 4 skaters from Paris; Kevin Rodrigues, Greg Cuadrado, Paul Grund, Roman Gonzalez, and one from LA, Kenny Anderson: the Cons team flew to Italy to skate and film for one week. Enjoy the photo report and the interviews with Kenny and Sean Pablo.

A Taste Of Vietnam_a group of skateboarders from Europe, the US and Australia ventured to Vietnam for a 10 days mission.

A conversation with Curren Caples_we met Curren in Malmo, Sweden, and had a pleasant talk.