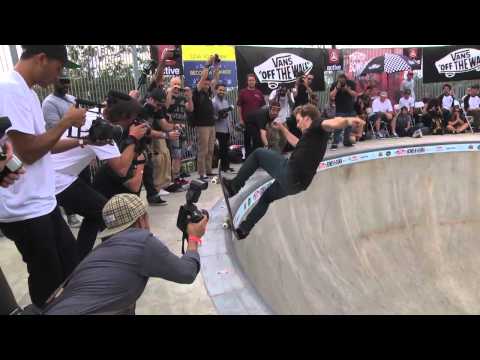 “New York City saw the who’s who of the skateboarding world for both Pro’s and Master’s divisions as they turned up the heat for the inaugural Vans BOWL-A-RAMA™ NYC at Hudson River Park’s Pier 62 Skatepark.

In the Masters division Lance Mountain absolutely killed it and come in first with Steve Caballero in second followed by Eddie “El Gato” Elguera in third.

BOWL-A-RAMA™ was born on Bondi Beach – Sydney, Australia in 2005 and  with the addition of NYC, BOWL-A-RAMA can now call some of the most iconic destinations in the world home”.