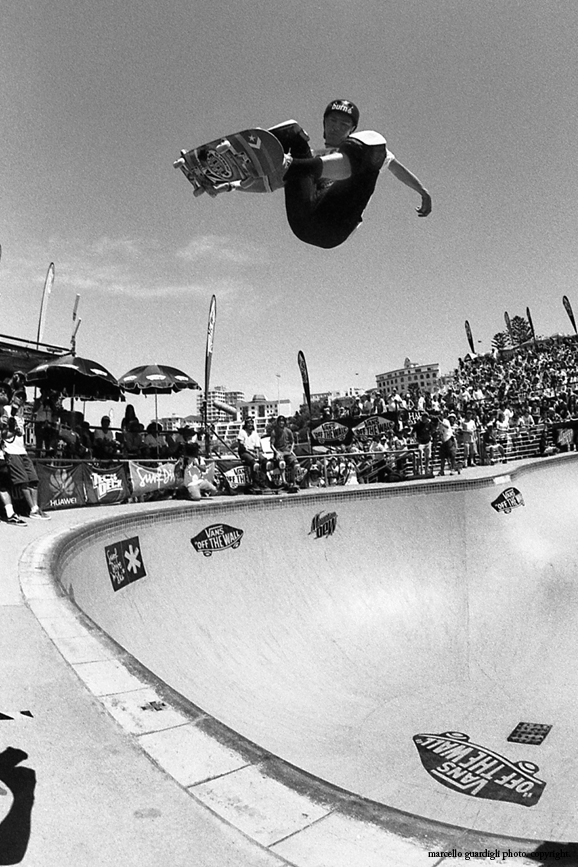 JULY: New York City, the city known to most as the ‘Capital of the world’, adds yet another iconic attraction to it’s bill, Vans BOWL-A-RAMA™ NYC, the most iconic, grass-roots bowl competition and the biggest week of skateboarding culture of its kind.

Presented by Vans and sanctioned by World Cup Skateboarding (WCS), Vans BOWL-A-RAMA™ NYC is a week dedicated to celebrating art, music and true skateboard culture. The newest addition to the Internationally recognised series will take place at Hudson River Park’s Pier 62 Skatepark and in true form, will showcase the worlds’ best Pro and Master’s bowl skateboarders as they compete for a total prize purse of $US50,000, a healthy prize purse for an event in it’s first year.

“Vans is excited to present the third leg of the BOWL-A-RAMA™ skateboard series in New York City, extending the very prestigious series from Australia and New Zealand to the United States.

The best bowl riders in the world including top pros and skate legends will get to show the East Coast skateboarding at its highest level as well as those icons who laid down the roots. Vans will celebrate one of its legends, Steve Caballero, at the House of Vans in Brooklyn during this great week of activities including skating, art and music.

Plus, we are always proud to support events that are free for all”. Vice President of Events and Promotions: Steve Van Doren. From it’s humble beginnings in Bondi 8 years ago, BOWL-A-RAMA™ has developed year on year into a competition that is now renowned on the circuit for being a game changer amongst bowl skate comps,

“We’re so stoked to be able to add New York City as an official stop on the BOWL-A-RAMA™ tour. We have worked so hard for so long to create opportunity for the world’s best bowl skaters and extend an invite to the communities in which we do our events, welcoming them to celebrate what makes us tick as

skaters. The roster of events leading up to the competition on the day, will be a way of saying thanks to all the amazing professionals who have supported us over the years and we look forward to working with the locals to establish long term benefits for their scene through what we do at BOWL-A-RAMA.™” Chad Ford; Director at Frontside Events.

Media, Industry, Sponsors, Personnel, Fans and the World’s Best Skaters are flying in from all points of

“BOWL-A-RAMA™ has been the premiere skateboarding event in the south pacific for nearly a decade. The expansion of BOWL-A-RAMA™ into the US is going to be a great success. I’m always looking for new adventures and going to New York for one of the greatest skateboard events

on the planet will fulfil yet another dream of mine in bringing skateboarding and excitement to the world”. Rune Glifberg, Pro Skater.

Officially kicking off on Thursday 4th October with the East Coast celebration of the 20th anniversary of Steve Caballero’s Half Cab shoe at House of Vans the week keeps rolling with; Love & Guts art show, Vans BOWL-A-RAMA™ NYC competition, The Party Party and the official Wrap Party.