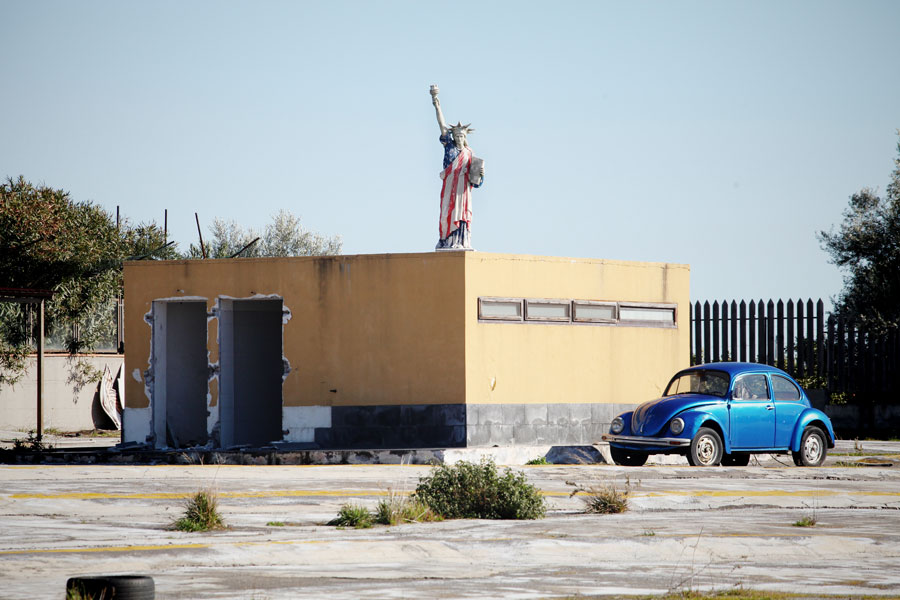 The LOST Drive in_

The Lost Drive In is a short video filmed and edited in and abandoned Drive In in Sicily by Giuliano Severini. We had a little chat with Giuliano and Claudio Majorana.

We filmed the video in a day and half because Giuliano was about to leave Sicily so we had to organize it fast and we had no time to waste. Sicily is hot, almost all year round. There weren’t very shady spots so we kept moving some nice chairs we found from one point to one other as the sun, by moving, would change the position of the shady area. Yeah I know, the sun stays still and the earth moves but you get it anyway. The point is that it was hot as hell and that made us freak out pretty often for no reason. (Claudio Majorana).

How is it possible that there has always been a drive in near the place where you guys live but you only found out about it a few years after the place definitively closed?

I didn’t know this place existed, until Mauro took me there last year. As far as I know the drive in was built around 2001 and it was part of a big popular disco, mainly attended by the american customers who live in the military base, which is based in the surrounding area. At that time we were not big fans of discos especially the ones that used to play loud house music, so nobody had a reason to get there and see it. For some reason the disco and therefore the drive in, went out of business.Then within a few years it was heavily vandalized. It seems like it was abandoned all of a sudden, indeed you can actually find several film reels inside the former projection room. I guess that Mauro found this place by chance.

What are those bumps you use in the video?

Those bumps we skated on can look bizarre, but are actually part of the usual set up of a regular american drive in. Their purpose is to adjust the position of the vehicles, which, once arrived on their numbered areas can change their declivity by driving slightly forwards or backwards as required, in order to have a correct view of the movie projected on the screen. 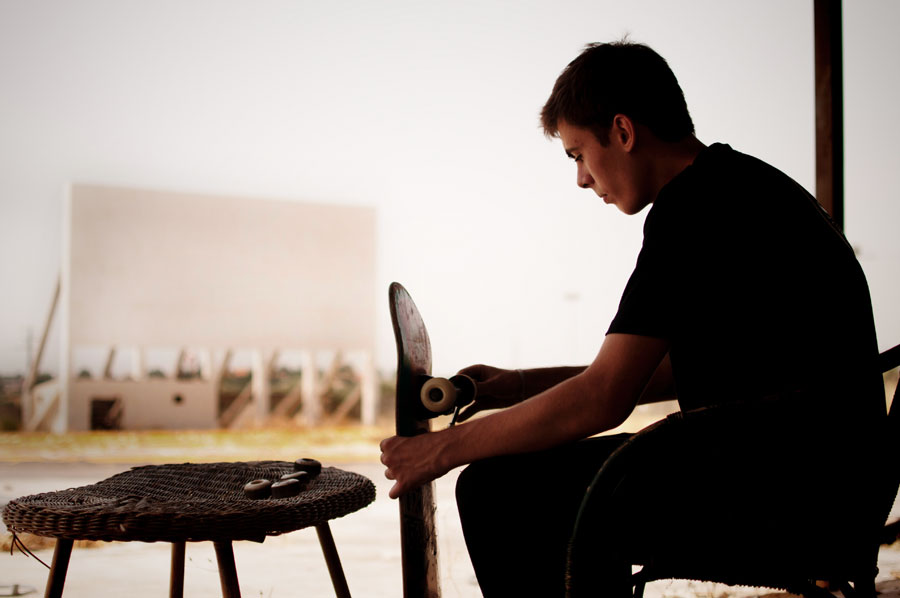 How is it possible that in Sicily there was such a big drive?

Claudio: There’s something you should know. Sicilians are kind of megalomaniacs. If they have to do something they like to exagerate. And so they are going to make it big, noticeable, not necessarly nice but definately unique. The drive In they made has got a heavily imposed american style. As you go in there’s this car laying on top of this little house where you used to pay to watch the movie. There’s also a reproduction of the Statue of Liberty on top of the bathroom block and lots of other sketchy things placed here and there. The fact we had a drive in is also related to the precence, right next to it, of the american military base, Sigonella. The Base, as we call it, was built in the late fifties and since then it started having a big influence in the area around it. Bars, hotels, estate agents and resorts are some examples of commercial activities that have been substained by the people living in the base. My friend Johnny makes his living by restoring vintage italian cars for the guys on the base. So I think that’s why there was this drive in almost in the middle of nowhere. 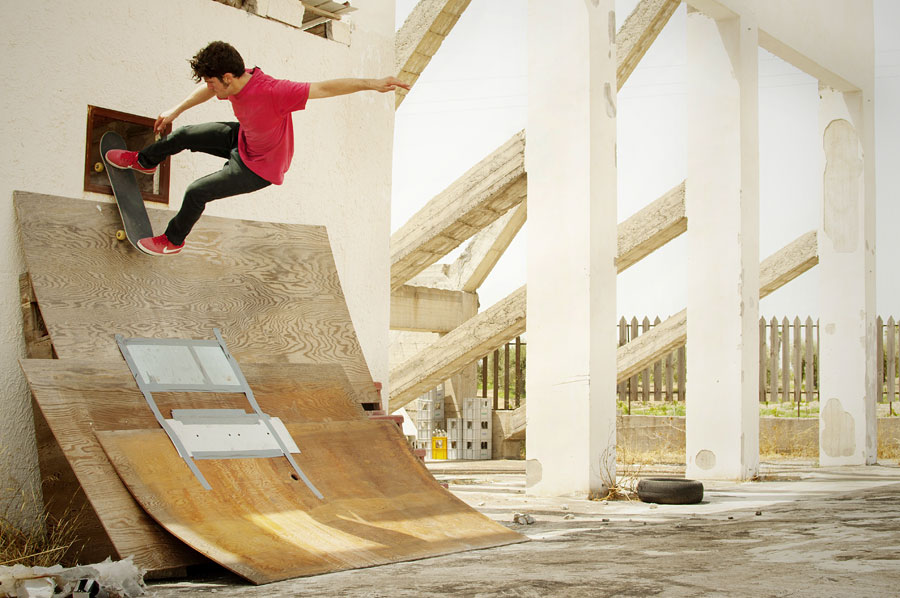 You said you filmed the entire video in just a day and a half. How was it?

It was devastating, because we planned every little aspect of the video, but we had no idea about what the weather would be like. During the first day of shooting we realized that the bright flooring of the drive-in reflected the sun like a burning glass reflecting on us. I needed large amounts of water to survive the heat, because I had to soak my clothes regularly to prevent from having bad sunstroke. The worst thing was the fact that we had a very short time to film the whole thing and after some hours of serious filming my two cameras were overheating as well, so I had to stay in the shade for awhile. Stopping periodically from filming was a huge waste of time, so I accepted the challenge and I continued to film even if the heat was putting my cameras to the test. At least we had planned the shooting impeccably so that everyone had his precise tasks: Mauro was filming lines and tricks using a third camera from his equipment and Claudia helped me to film lifestyle and other stuff to document the surroundings. At the end of the day nothing went wrong. 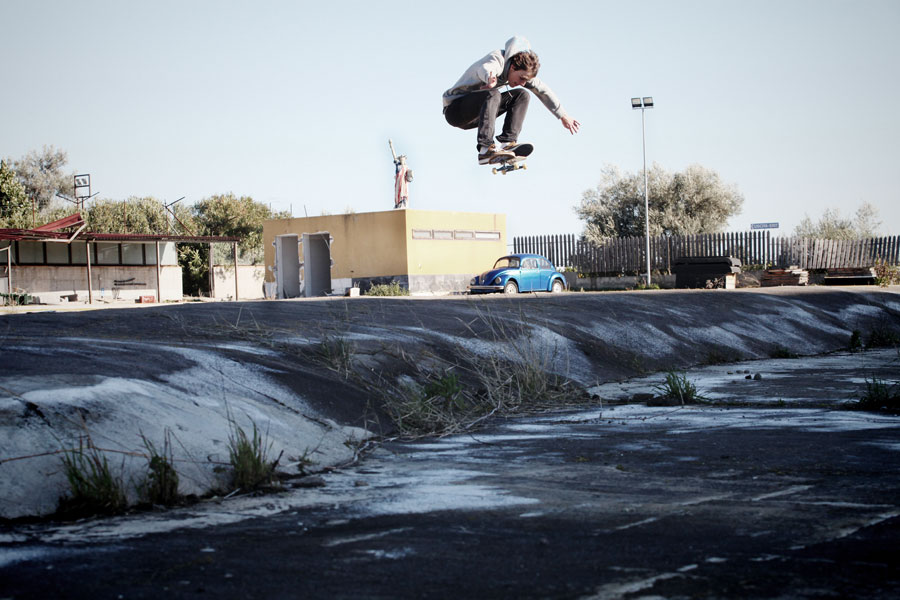 What made it so hard?

C: Well, we basically we had three problems. One: short time to film the video. Two: skating in 40 degrees Celsius heat. Three: the side effects that the hot weather had on all of us. 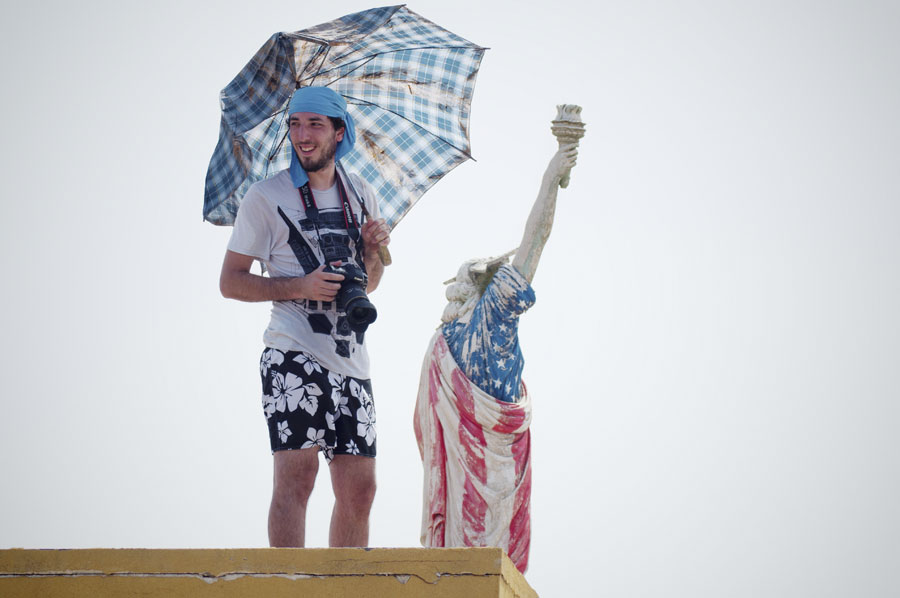 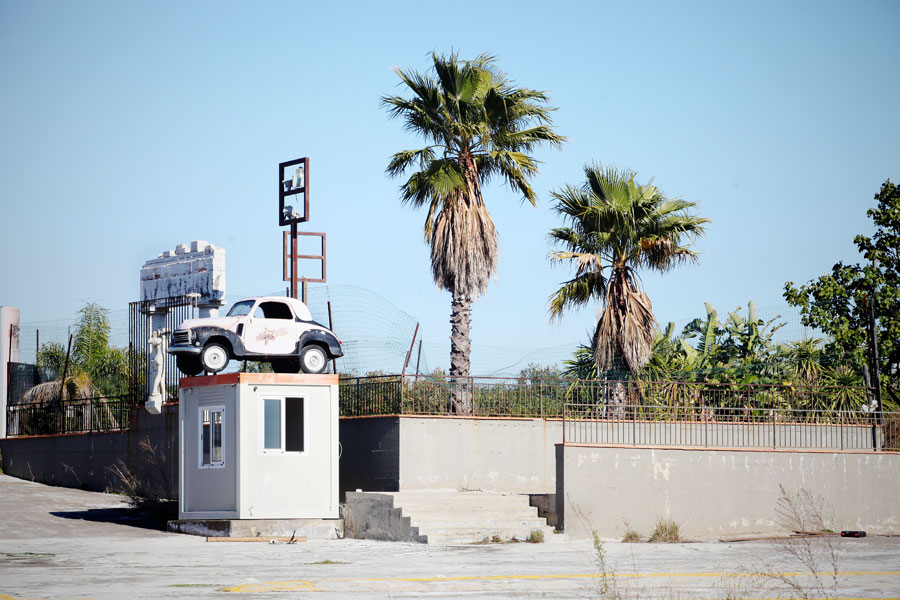