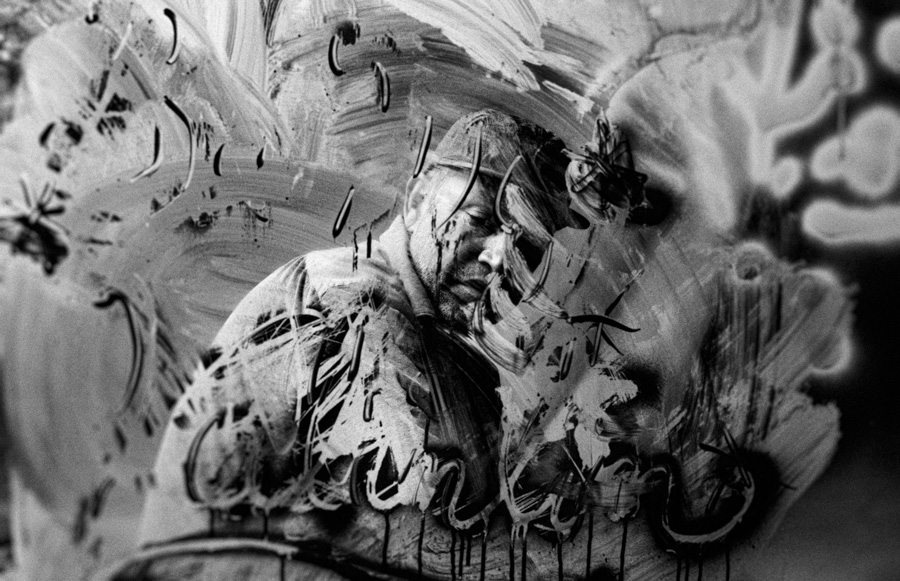 Mark Gonzales is one of the most influential person in skateboarding’s history. Photographer Sem Rubio had the chance to shoot with him in different occasions during the last ten years, but it was after a shooting mission to Palermo, Sicily, in 2017 when he came back home with so many good photos of that trip that he thought about doing something “more extensive”. The book, produced by Sem Rubio himself in collaboration with Cascade Berlin and published by Rizzoli New York, is a deep glance at Mark Gonzales’ personality through Sem’s amazing photos and the words of Ed Templeton, Spike Jonze, Jason Lee, Mark Suciu, Bill Strobeck, Lance Mountain, Jason Dill and more… mixed with Gonz’s art. We had a conversation with Sem about the whole experience of making a book and shooting with Mark Gonzales. Absolutely a must have!

In the intro of the book it’s mentioned that you started shooting photos with Mark Gonzales was 10 years ago, since then you had the chance to follow him on tour or on random shooting missions; what kind of evolution have you noticed in his skateboarding and in his approach to things in general in these 10 years?

I would say he’s been the same since I know him, everybody knows Gonz and his pursue of fun & creativity. I’ve always seen him with the same mindset. My relation with him has been purely professional though. It’s only been in the last 3 years that I got to know him more through the book process.

Never happened you were “intimidated” by shooting photos with Gonz? Maybe in the beginning…

Yes, maybe not so much intimidated but always with a lot of respect. And for sure, a bit starstruck too! 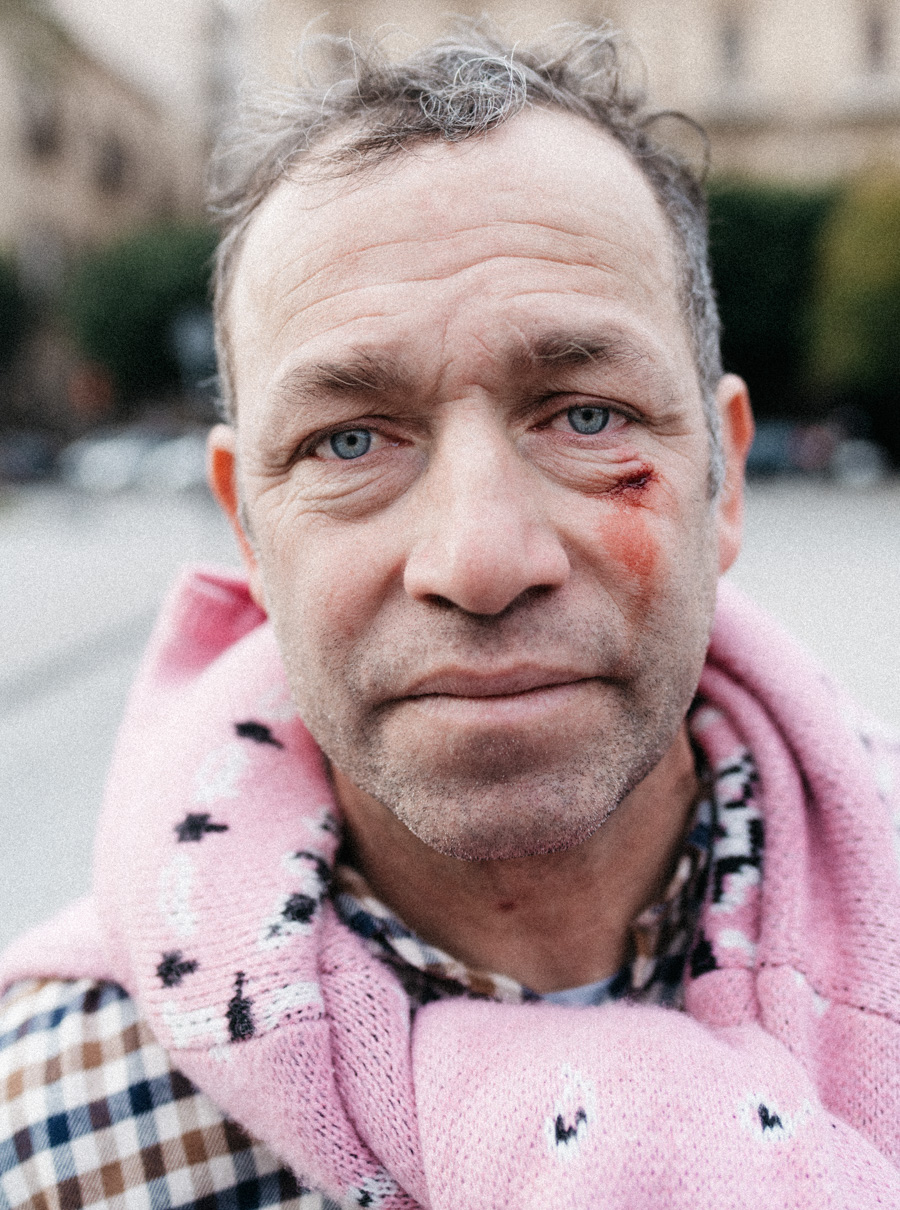 You said it’s hard to shoot with Gonz because he’s so unpredictable and you must always “be ready”, how does it work? From a photographer point of view what kind of experience is?

I really didn’t feel comfortable at the beginning, I thought I would never get a good photo of Mark Gonzales. I couldn’t set any flashes or find a good perspective because he was skating all over and changing tricks all the time, or all of a sudden, he would take a taxi and be gone. But once you start knowing him you easily adapt to his way of doing things.

What’s the part you like most of shooting Gonz and which one is more challenging?

For me the biggest challenge for this project was getting closer to Mark and get a deeper view of who he is. Which means everything, except skate shots.
I was not interested in doing a book that looks like an extended skate magazine, you know? The concept was very clear since the beginning and I wanted a book all public could enjoy. Things like going to his studio, meeting his family, following him in his daily routine, specific portraits… are the moments that really give the book relevancy. 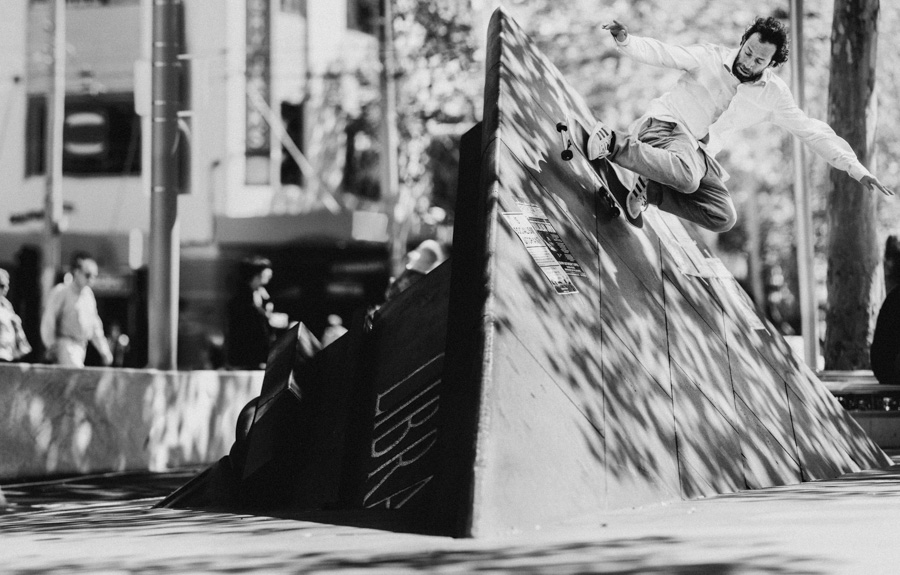 In his interview inside the book Lance Mountains said: “To chase a dream, ideas with a childlike reason leads to special things”. It sounds like a good description of what is approaching and working with Mark means. Do you agree?

Totally agree. I have a great respect for Mark and everything he does.

How did the idea of making the book come about? And how long did you worked on it?

Idea came out in 2017 after a trip we did together to Palermo and honestly it was a bit by accident. I came back home with so many good photos of that trip that I though: “What if we could do a couple more trips like that? Maybe we could do something more extensive”. When we knew Rizzoli New York wanted to publish it, the project got into a whole new level.

But you know… Mark can’t travel so much… he has family duty, has to work on his paintings & art, has to travel for his sponsors too… so there were very long intervals between trip and trip. It was more like a month of shooting time or so.

Between trips I would work closely with Tia and Mark to make sure they liked everything I did; layouts, design, photography selection, artwork used. This also gave me a lot of time to think about the photos I needed to make the book richer. 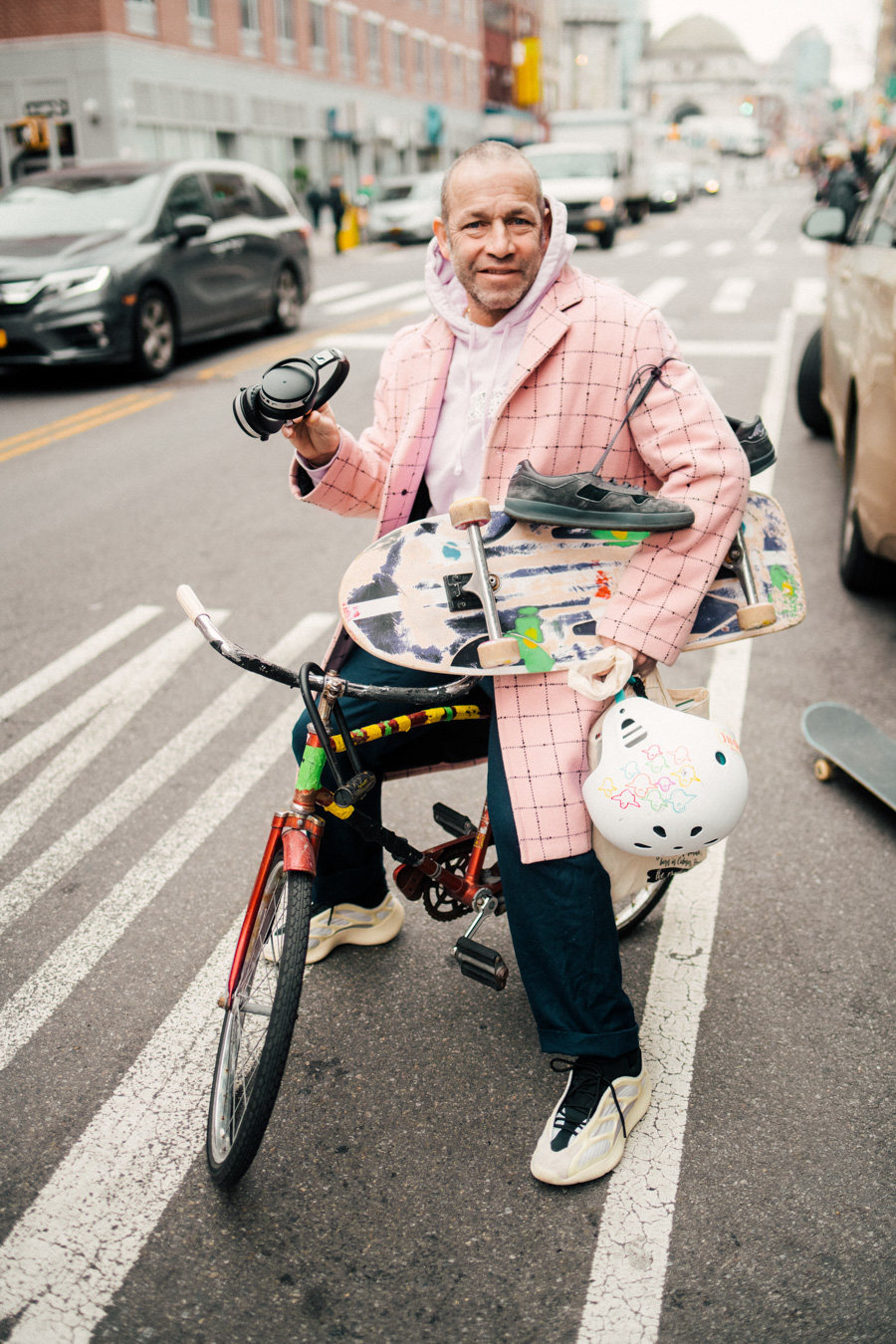 The book is full of amazing interviews… Spike Jonze, Jason Lee, Jason Dill, Ed Templeton… and more… the reader get a deeper insight of Mark’s personality through the words of the people that dealt with him over the years…. It took a lot of work to make also this part done I guess…

Yes, the interviews are amazing. This was the specific task given to Lou Savoir, the amount of work for this was monumental and she fucking nailed it.
Specially knowing how hard it can be to even contact to some of the interviewees in the book. I’m really satisfied with the interviews. 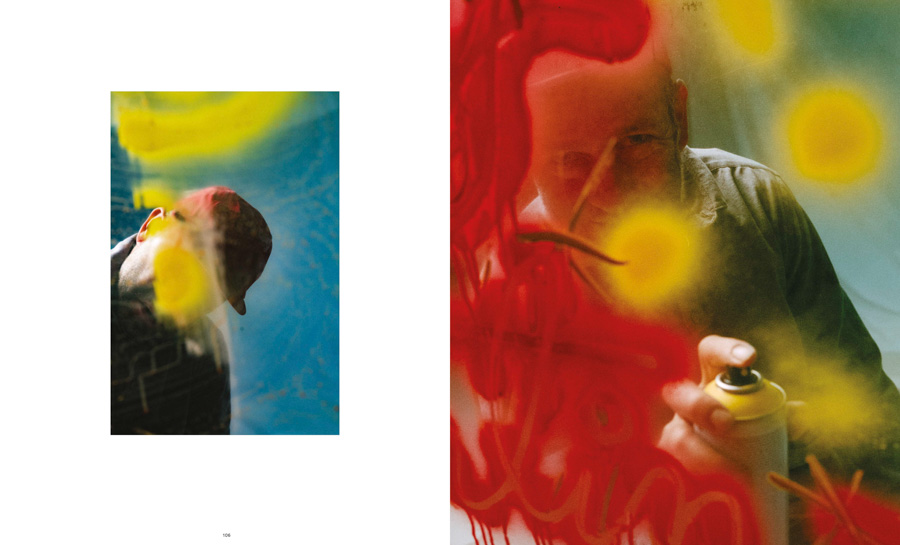 The hardest part was probably shape it in a way that all was connected: photography and art. At some point I was juggling with more than a thousand photos and about the same artwork pieces. With help of Cascade and Albin Holmqvist’s input it was a bit easier to manage.

At the end of the day, this is my book and my personal vision of Mark Gonzales so I shaped it in a way that made sense to me – always with the thumbs up of Mark and Tia. Between the three of us we’ve supervised and controlled every single step of this book from beginning to end; from photography, to art, to interviews, to typography, to graphic design. 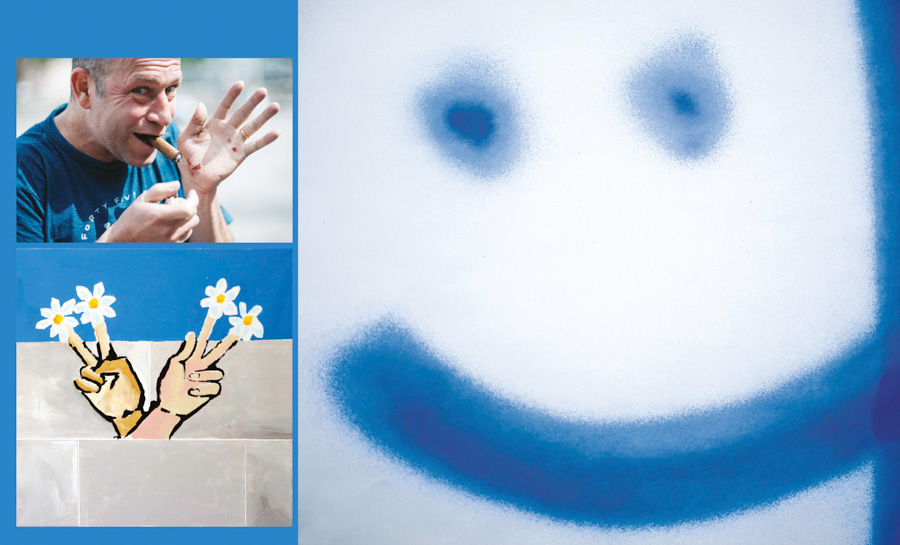 If you would have to select one of the pic, what would be?
Probably the last one.

Here you ever fanned out with the Gonz asking him one thousands questions about his epic video parts, or about some iconic tricks he did… or other things (I would have done the same ha ha ha).

For sure you HAVE to fan out with Mark! I did a few times. Gonz has always been one of my skateboard idols since I was a teenager, so I specially enjoy all the stories he has from the 80s and 90s skate scenes and adventures. 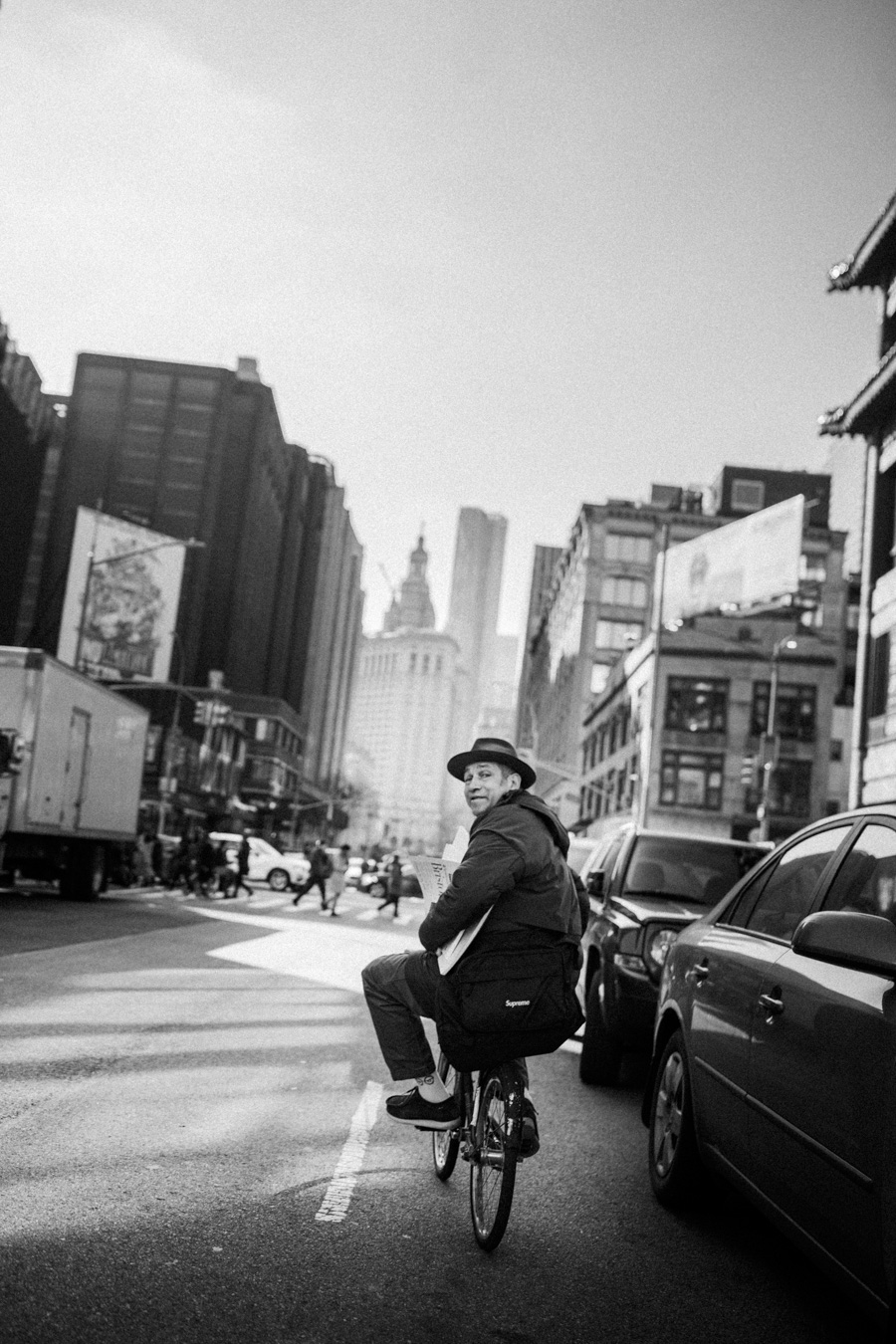 The book was published by Rizzoli New York, how was working with them?

Rizzoli people are great, they have always been super helpful and since the beginning gave me total freedom to do the book. I’m in close contact to them all the time, especially now a new edition is on its way and will hit the stores soon!

Big thank you to the people who worked for this book: Albin Homlqvist for being a rad graphic design magician, Lou Savoir for the amazing interviews and the edition help and Julian Dykmans for the production and promotion help, along with a long list of external collaborators like Matt Irving and Ryan Clements and a long etc. Specially to Mark & Tia who managed to supervise and help on every bit of this book. Thanks all for helping out bringing this project to life! 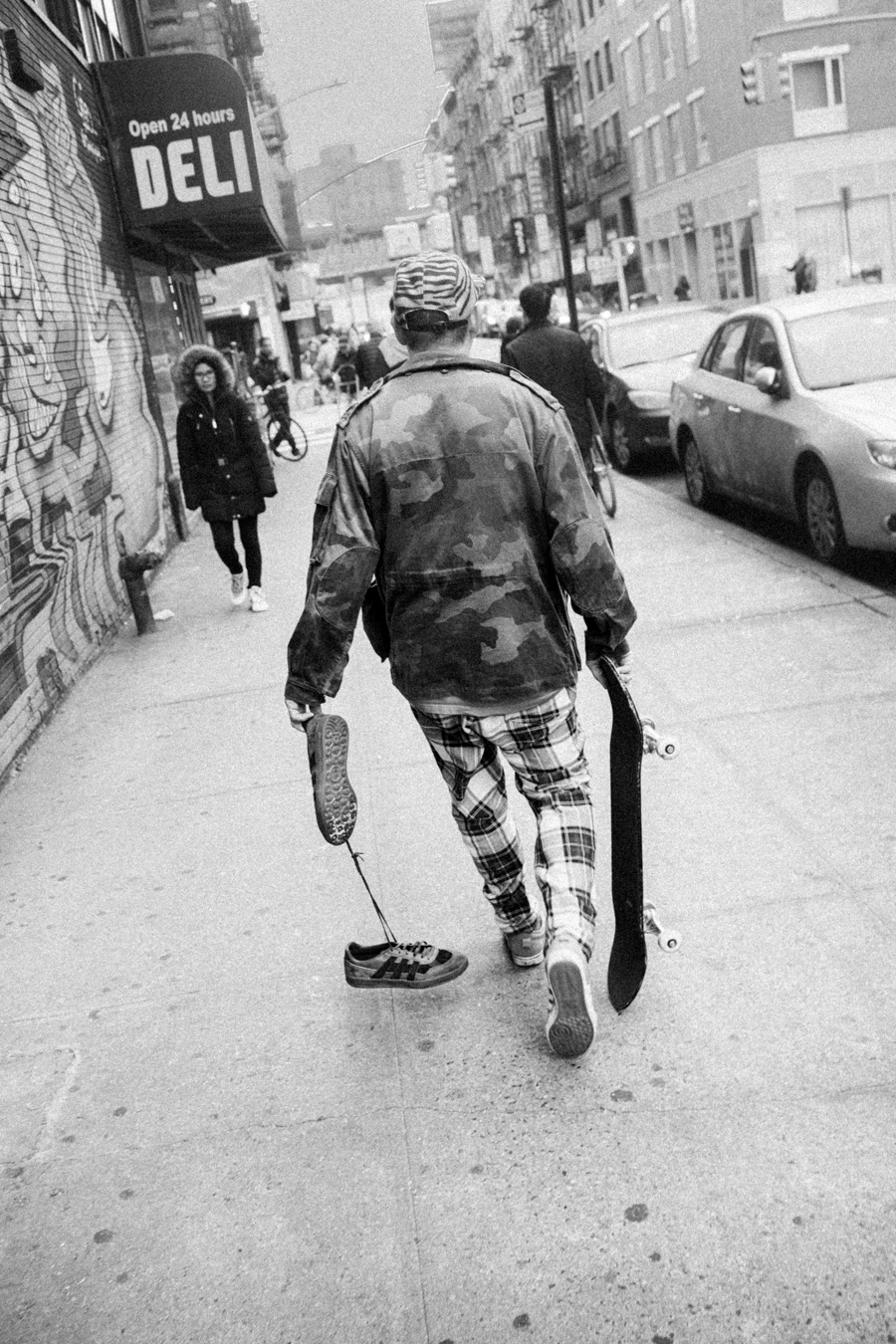 What has this experience given you and what is the most precious teaching you have had from this 10-year journey in close contact with a person as creative as Mark Gonzales?

A lot of things learned for sure, a lot of naiveness from my side that lead to unnecessary problems. But it’s mostly been good vibes and being stoked the book is out in these Covid times. You know this is my personal homage to this amazing man, to skateboarding and to art… It’s been a good ride. 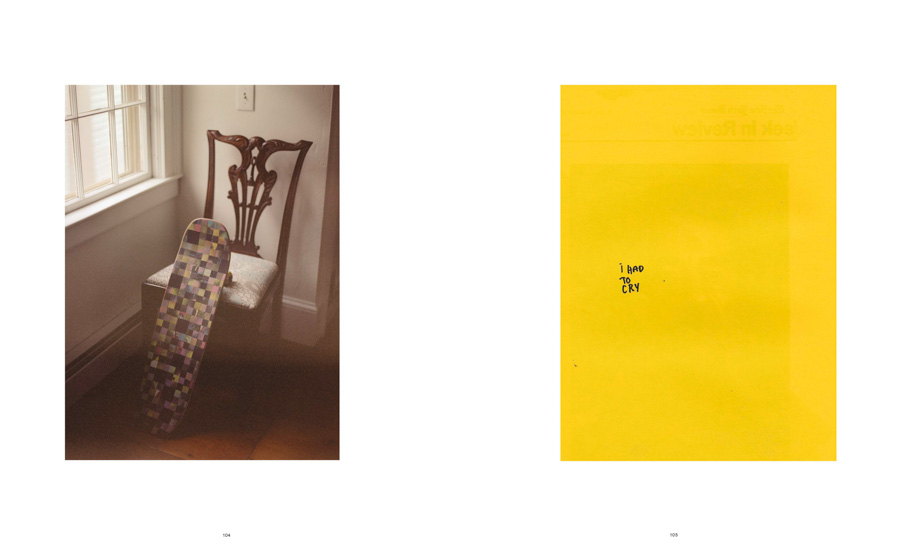 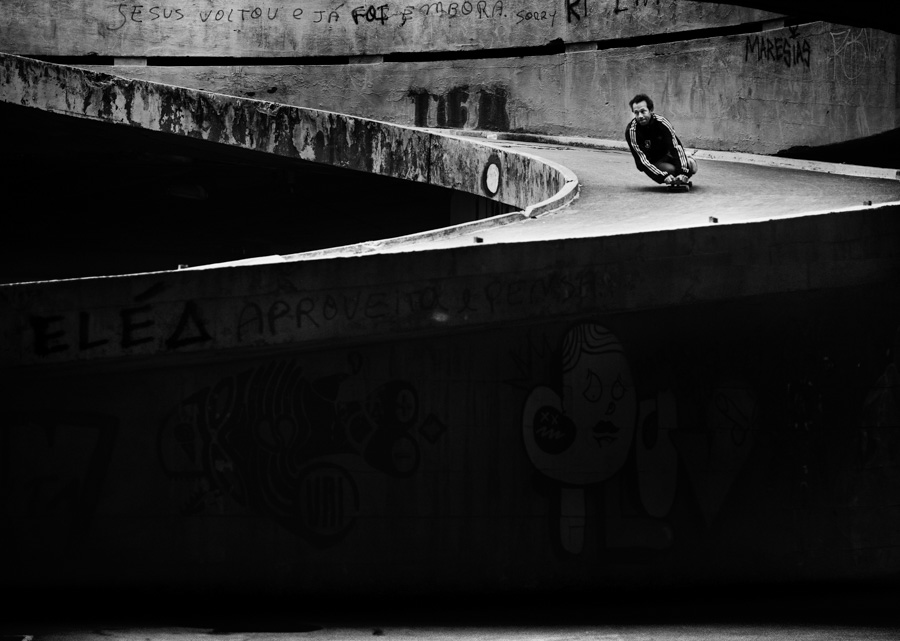 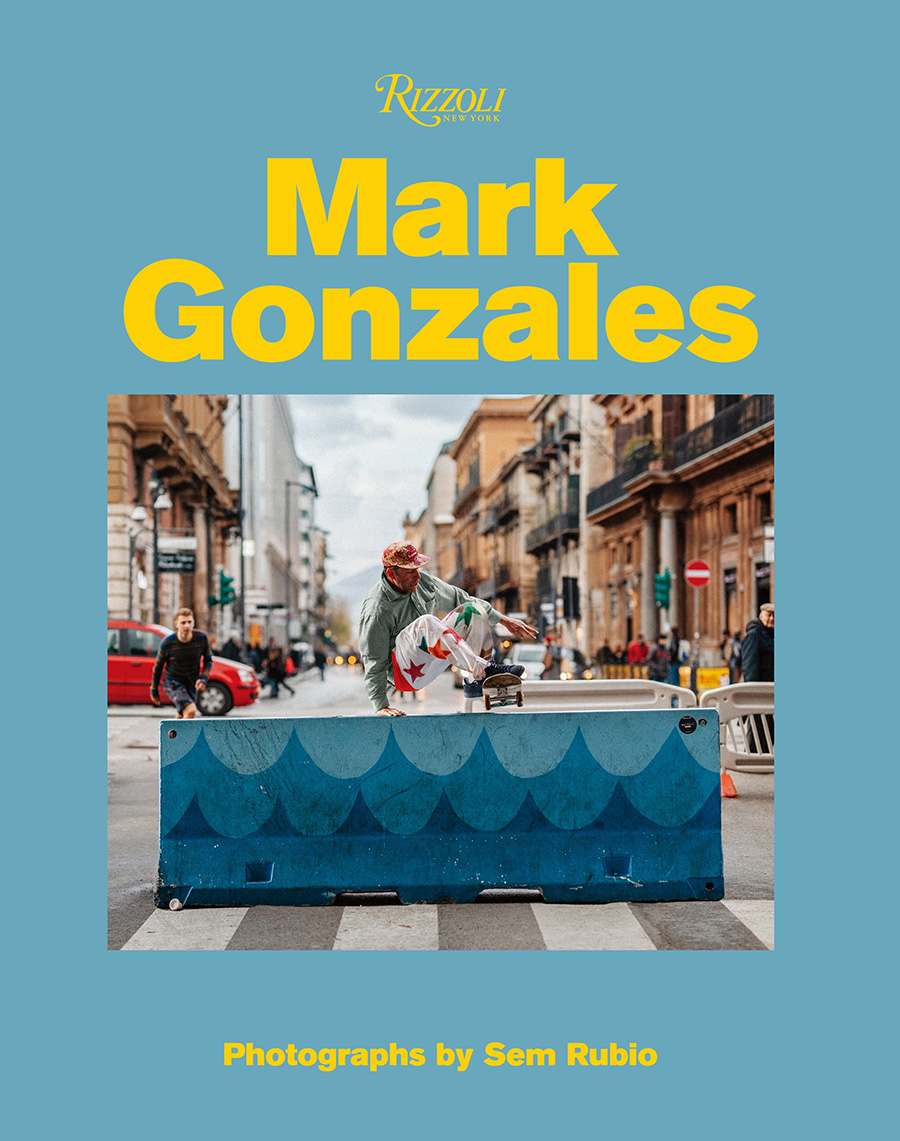