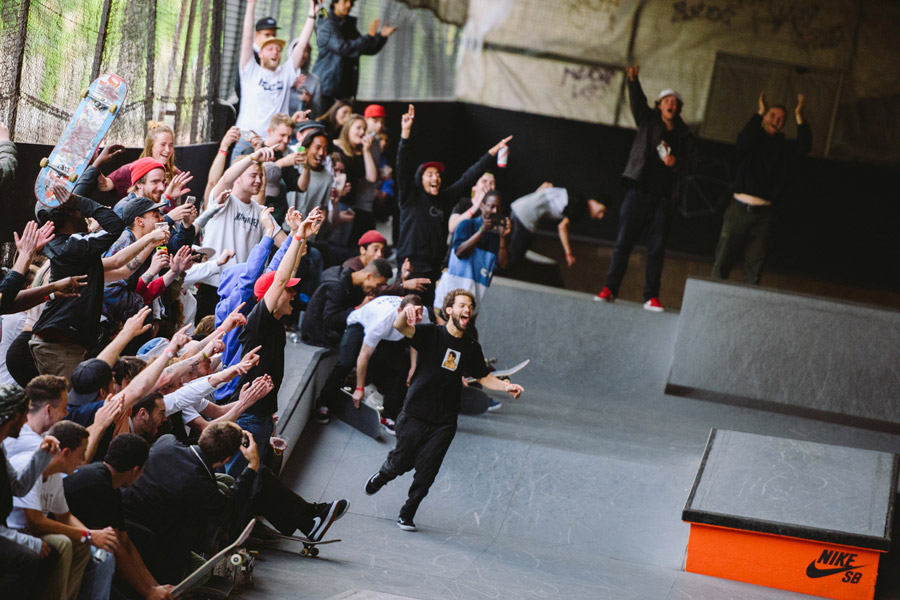 Sunday’s semi finals and finals of the Nike SB London AM at BaySixty6 Skatepark proved yet again that the level of amateur skateboarding in Europe is simply off the hook. Super intense heats in the semis kept the crowd and judges struggling to decide which 15 out of the 60 competitors would make the cut. Fast, clean lines with next level tricks across the whole park set the benchmark and gave a solid promise to the crowded sidelines that the finals were going to be special. After a heavy weekend of skating in this large flowing park, finalists needed to dig deep to keep focus and Vincent Milou did both to claim third. Taking second spot was Kevin Baekkel, whose attack on the transitions were taken at mach ten. Mixing old school boosted airs with a seeming desire to hit every feature in the park, his loose but powerful flow got him a 2nd on the podium. At just 18, Aurelien Giraud from France was unstoppable, precision and catch was text book, landing a huge backside flip the entire length of the pyramid, a tre double flip down the stairs and BS 270 noseblunt on the flat bar with a consistency that defied belief. Aurelien will be travelling to the Berlin Open in July to compete against some of Europe’s premier pros at the  Nike SB Shelter skatepark. 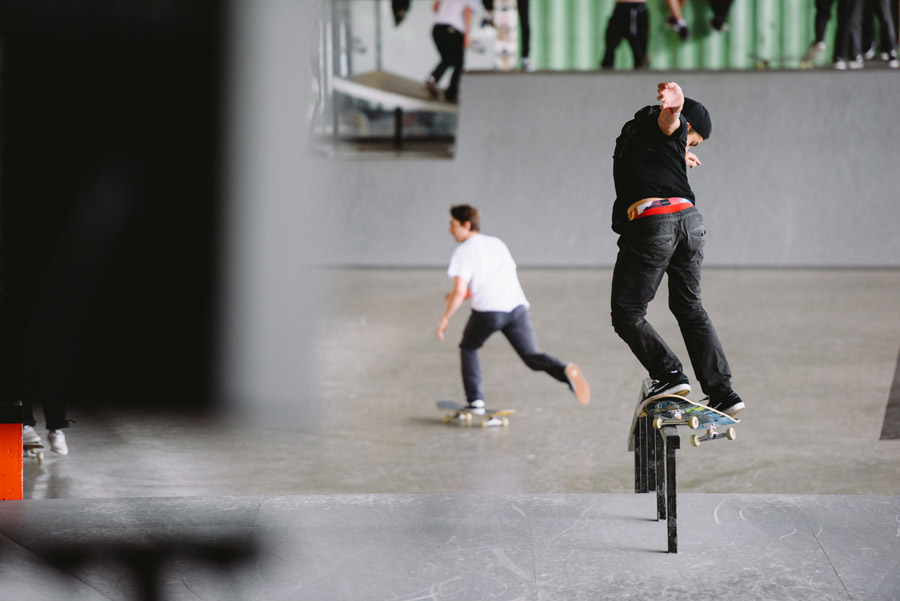 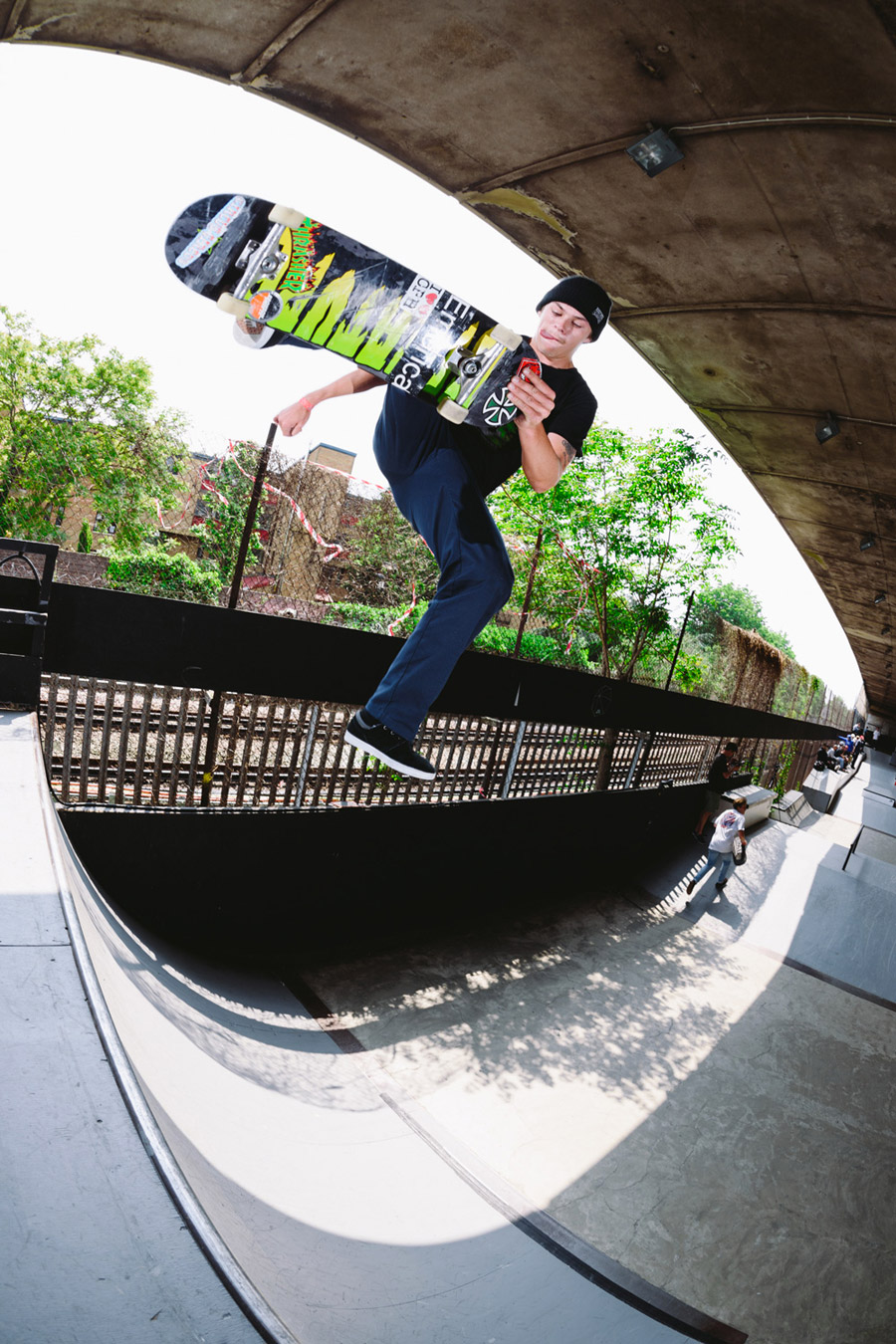 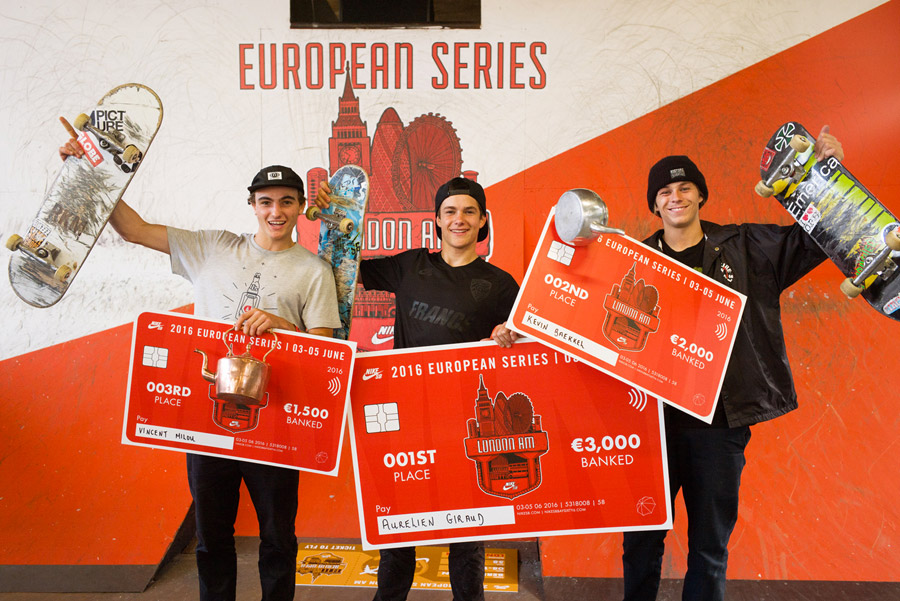