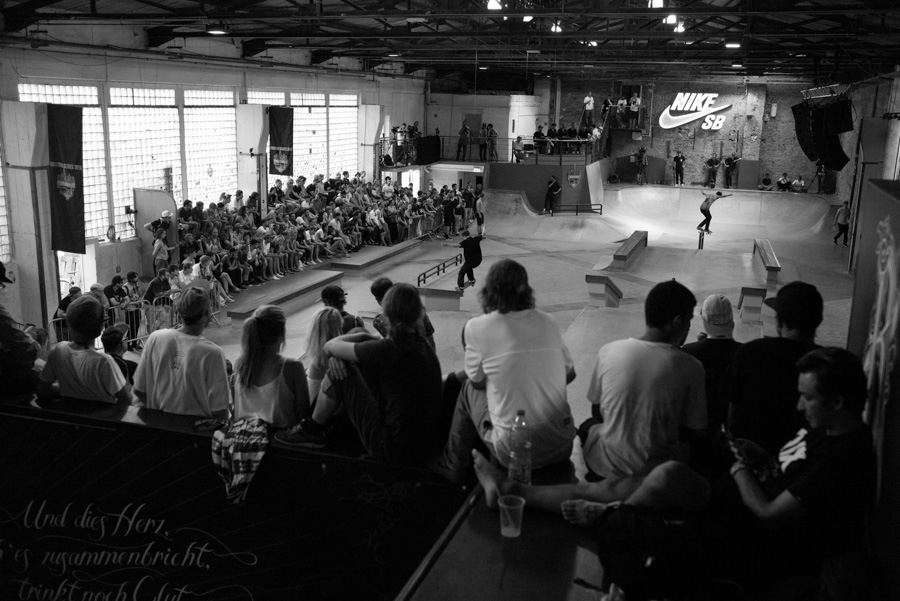 Last week end the Shelter Skatepark in Berlin hosted the 4th episode (after Barcelona, London and Paris) of Nike SB open 2016 with 30 skaters who battled to put a slice of the 20,000 Euros in their pockets. Sunday’s super final was looking like it was going to be epic one for Vincent Milou, a flawless 1 minute run was looking like a comp winner until a back smith flip out attempt left him clutching his ankle and his day was over. Gustavo Ribeiro, a second place podium finisher in the Barcelona AM will be taking another silver trophy home to Portugal by way of a bigger spin flip to front board and a 360 flip to lipslide on the rail, both of which he had on lock all weekend. 1st place however was reserved for Brazilian Ivan Monteiro 360 flip noseslide down ledge, ollied the big gap from the vert platform and showed a level of consistency throughout the weekend that was well deservving of the winners check. Max Kruglov from St. Petersburg, won the best trick contest with an hard flip back nose blunt on the hubba. 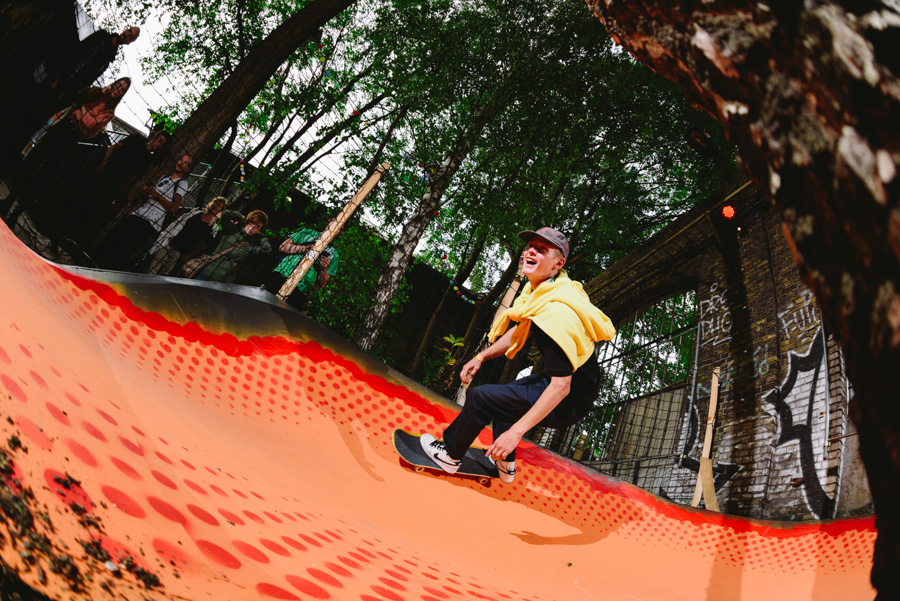 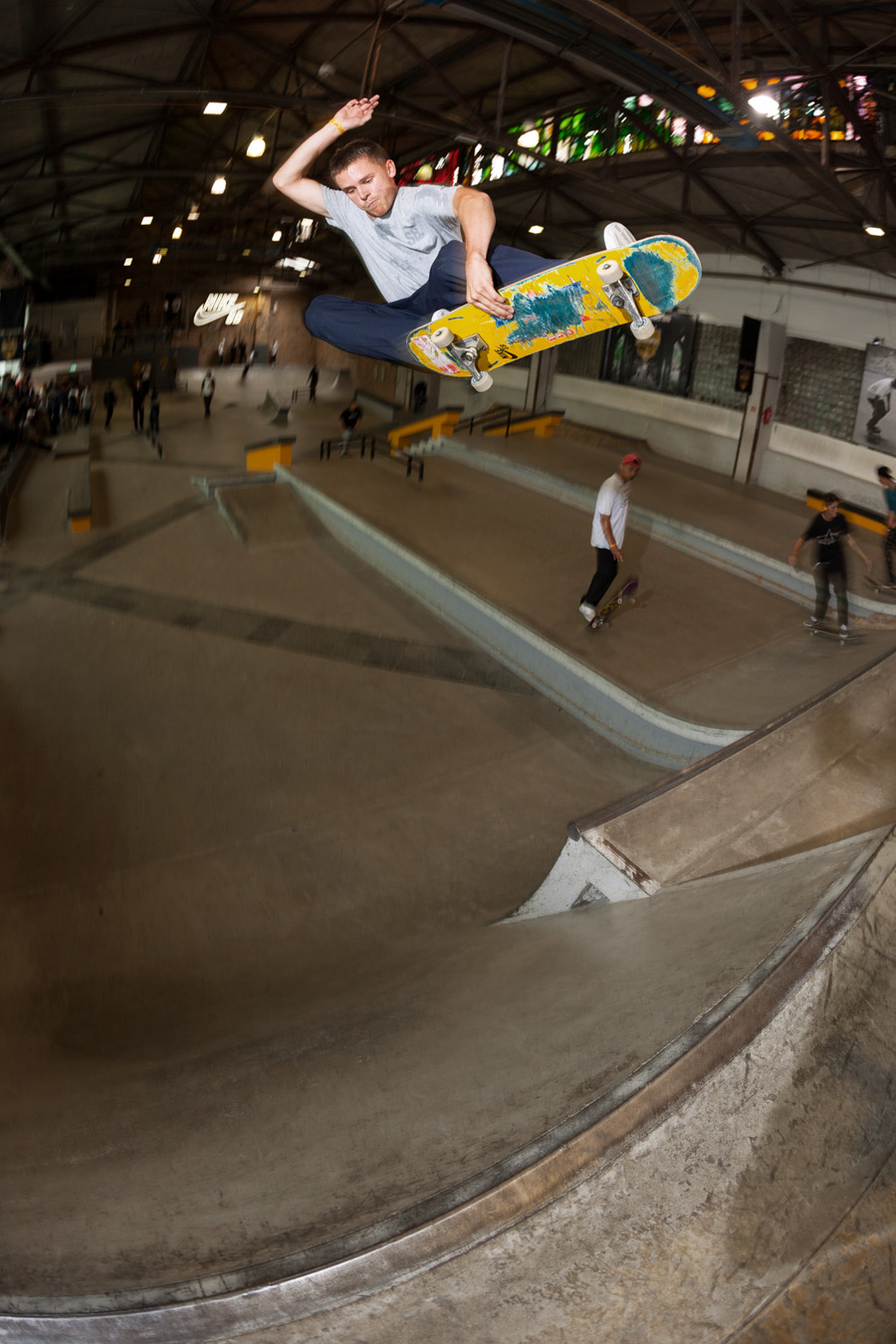 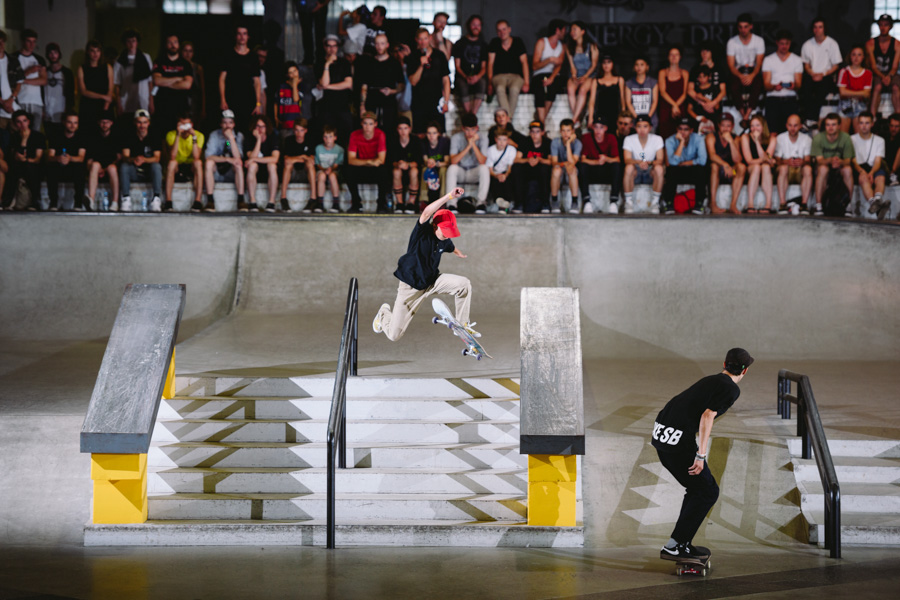 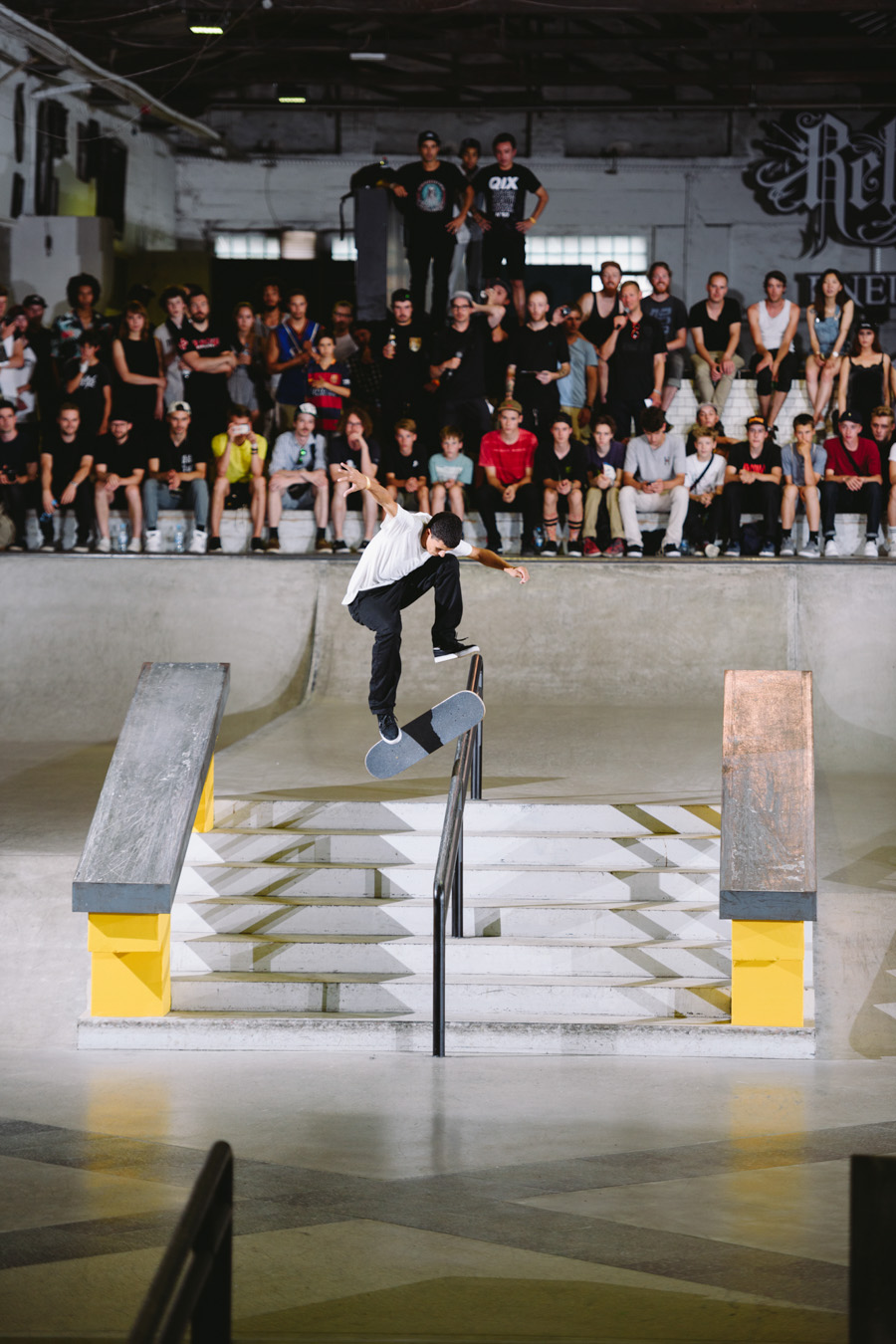 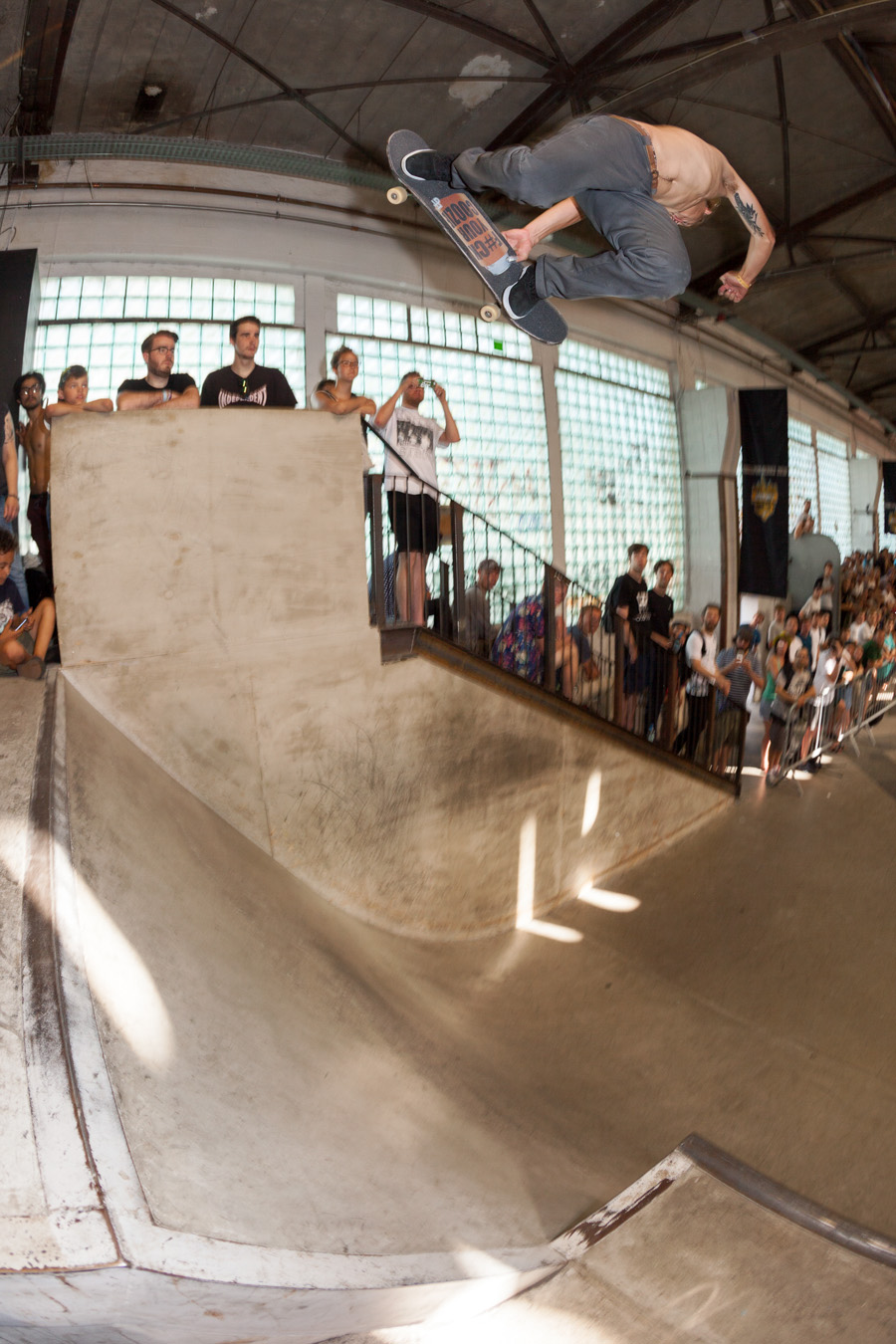 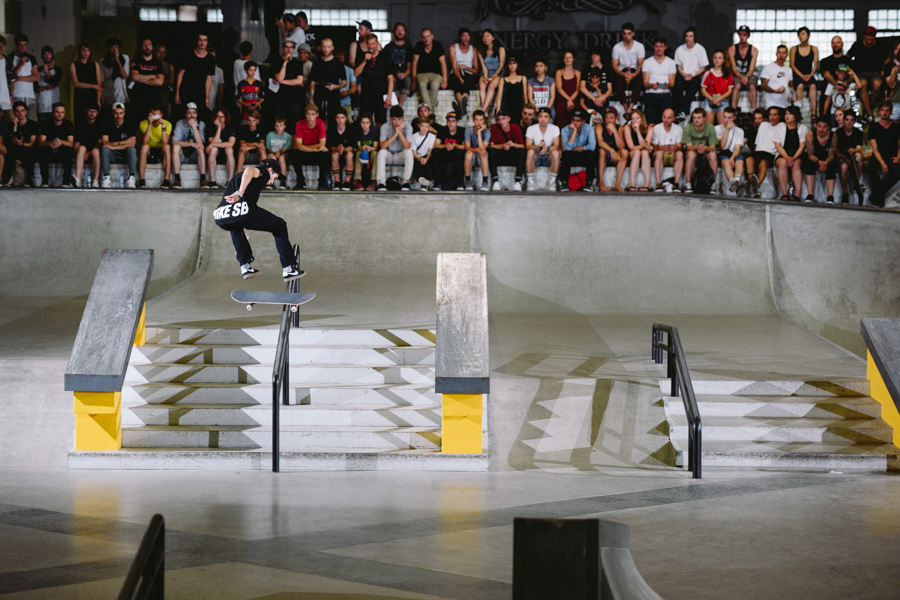 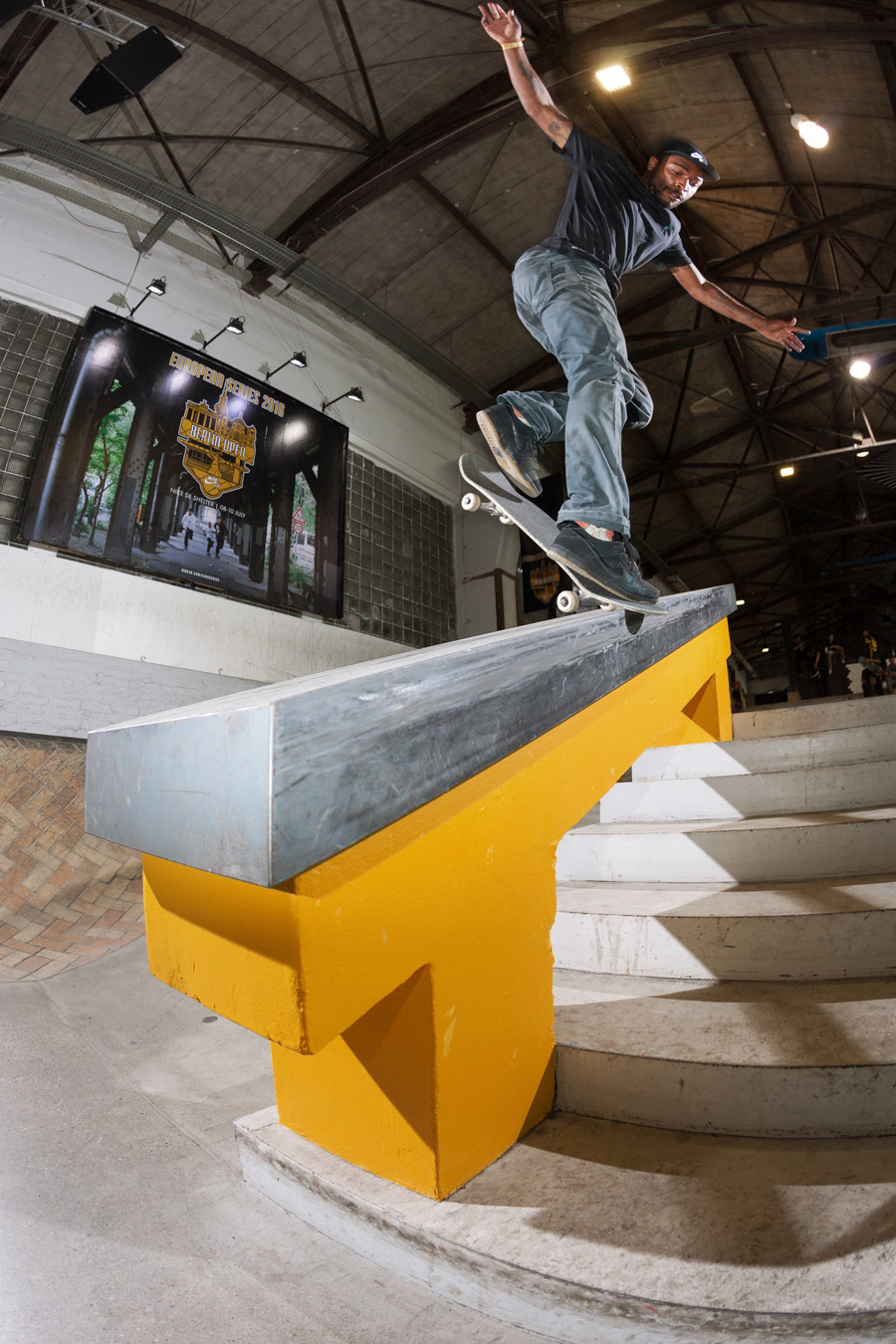 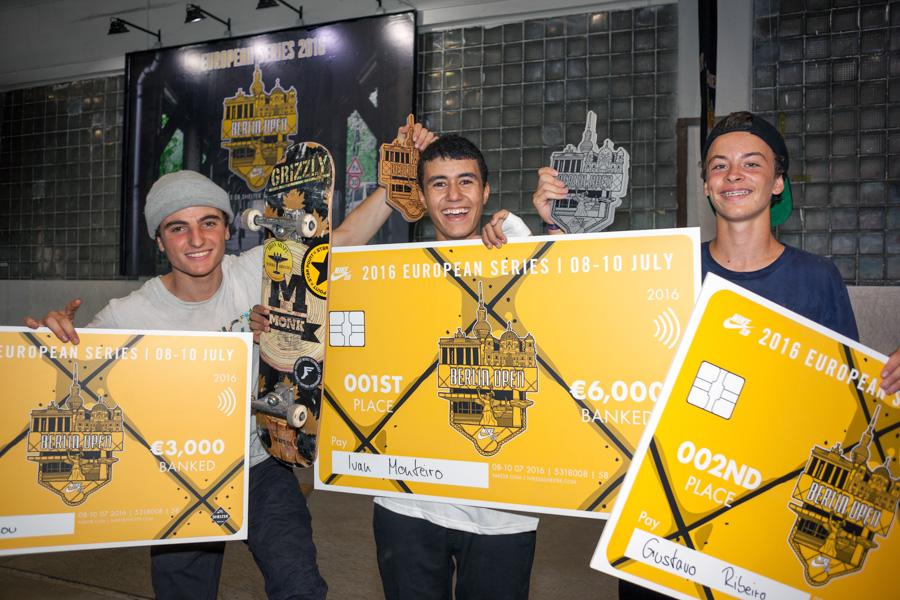