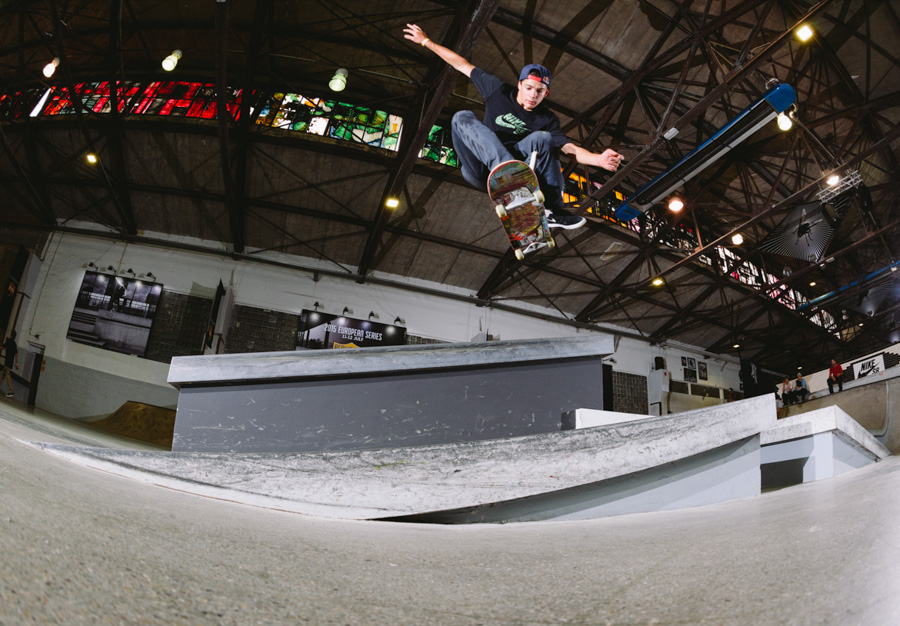 Last week end Berlin hosted the Nike SB Open at SB Shelter that was packed of people who enjoyed the amazing level of skateboarding and the fun atmosphere. Brazillian Carlos Ribeiro was incredible and a candidate for trick of the day with a switch kick-flip back tail down the hubba. Keven Backel the winner of Barcelona AM is amazing to watch and stormed the park with his classic do or die attitude – wallrides, big footplants and a 540 out of the quarter into the oversized flat bank. Aurelien Giraud was the top placed qualifier from semis and kept up the level right through to finals turning the judges heads every tick on the way. Giraud takes home €6,000 (from a 20k Euros prize) for 1st place and a ticket to next week’s CPH Pro in Copenhagen, Denmark. 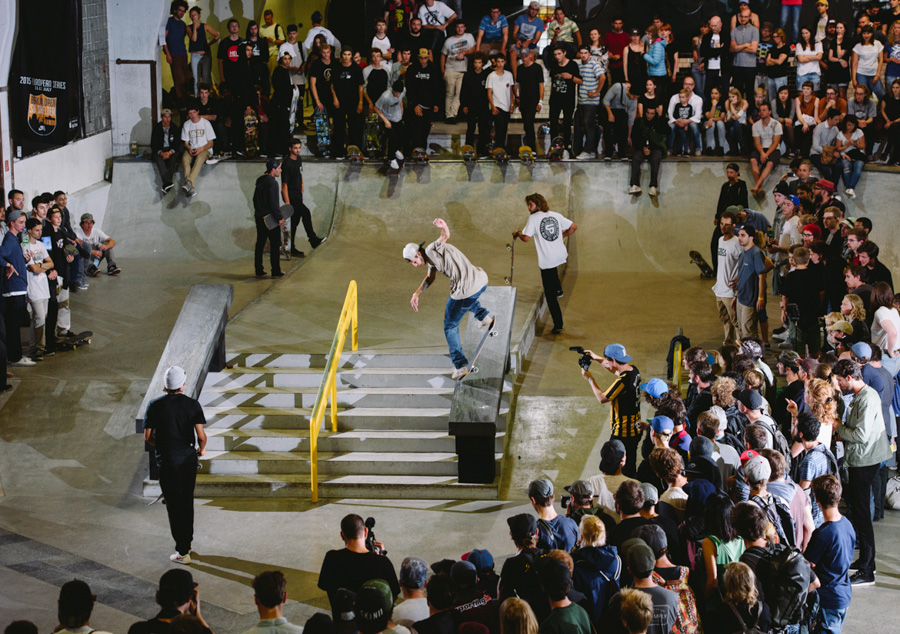 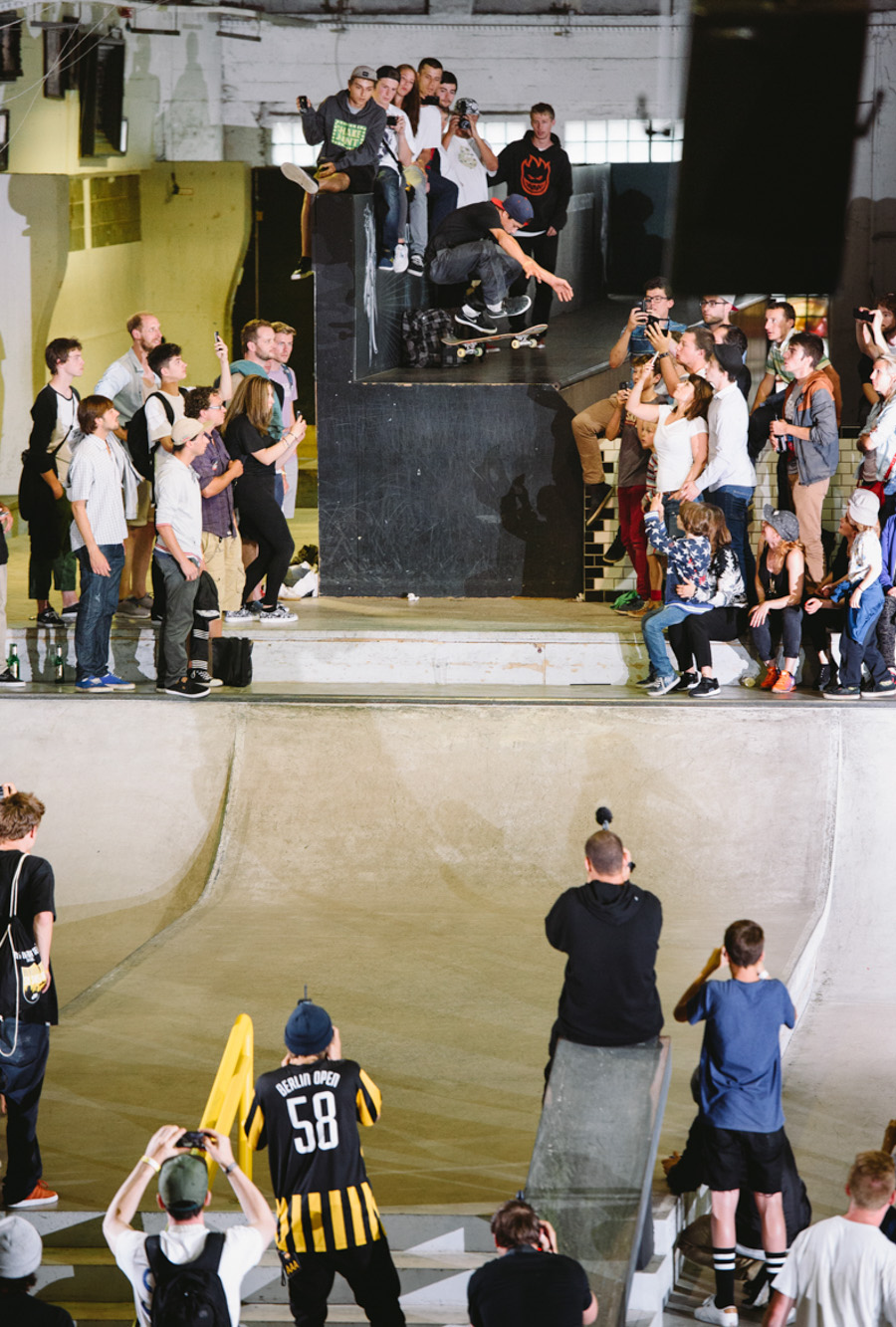 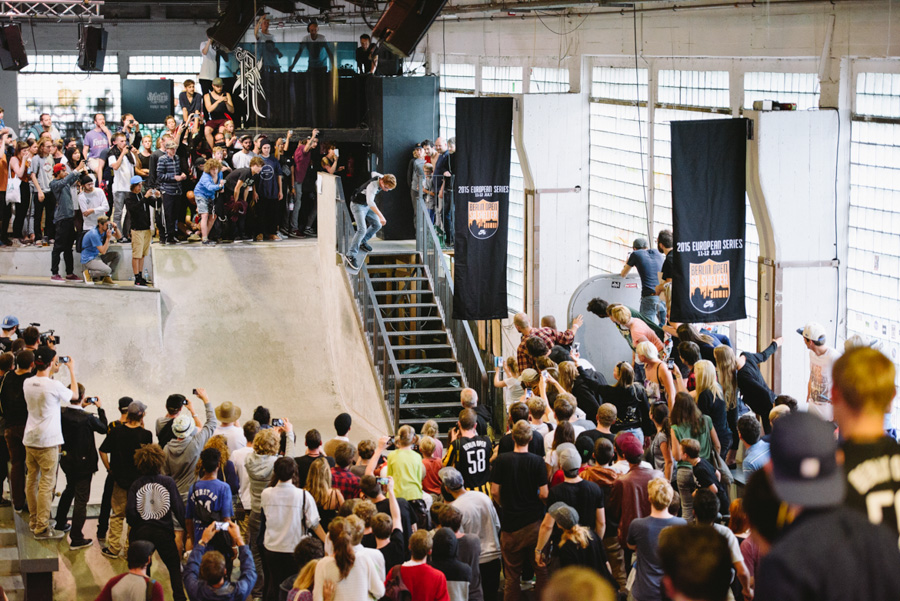 The last event to close the European Series was the Best Trick Contest down the bubba; Neverton Casella got first place with a nollie bs nose blunt, Carlos Ribeiro took 2nd place with switch flip bs smith and Yuri Facchini got 3rd place with an hard flip bs nose grind. 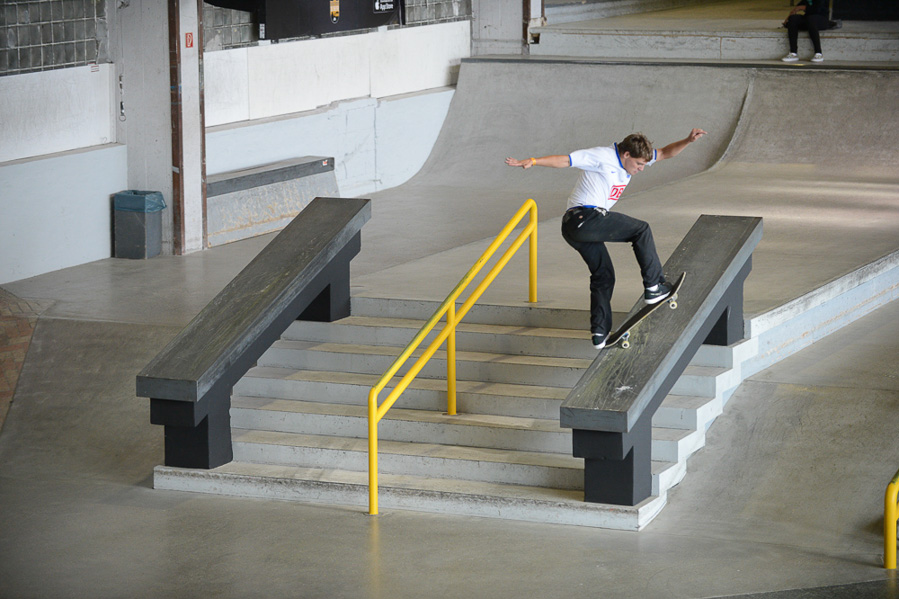 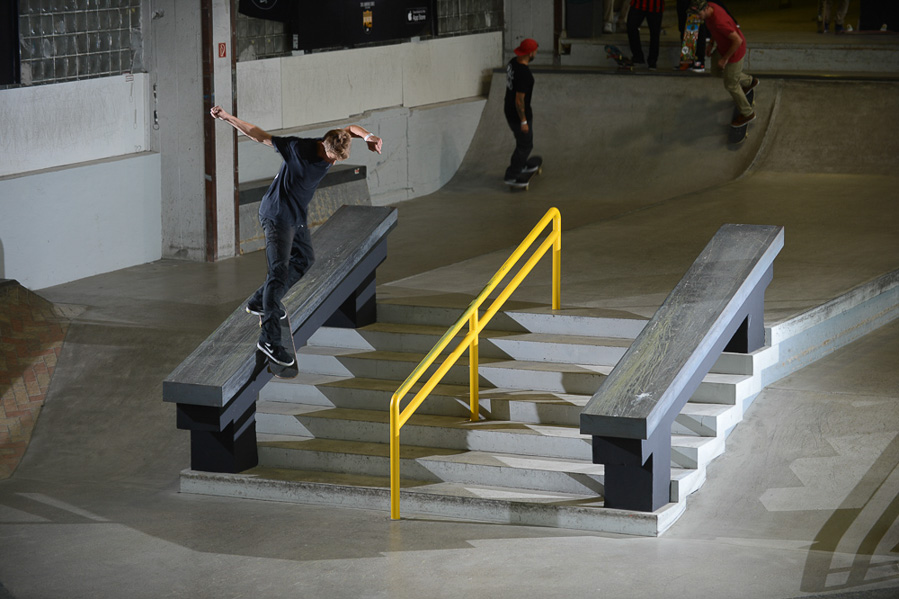 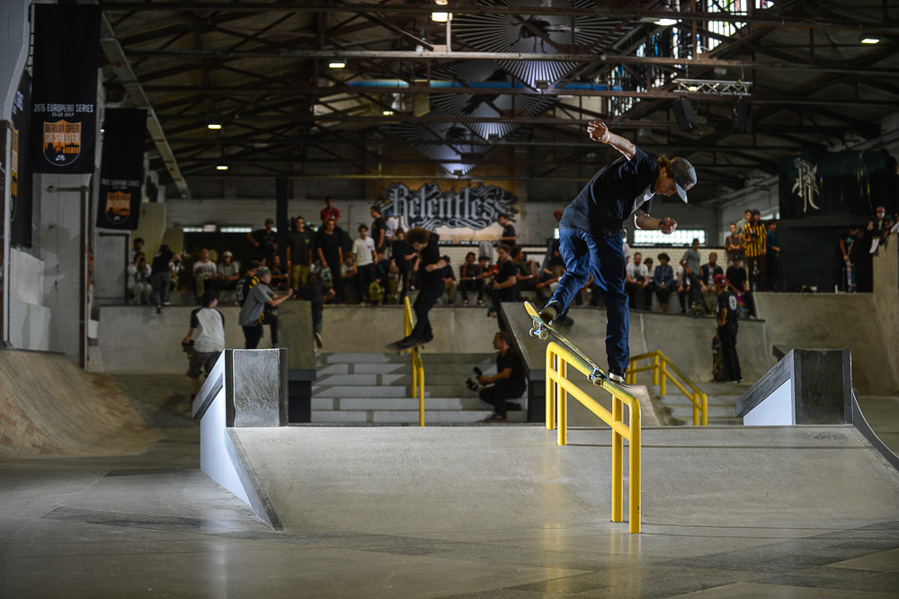 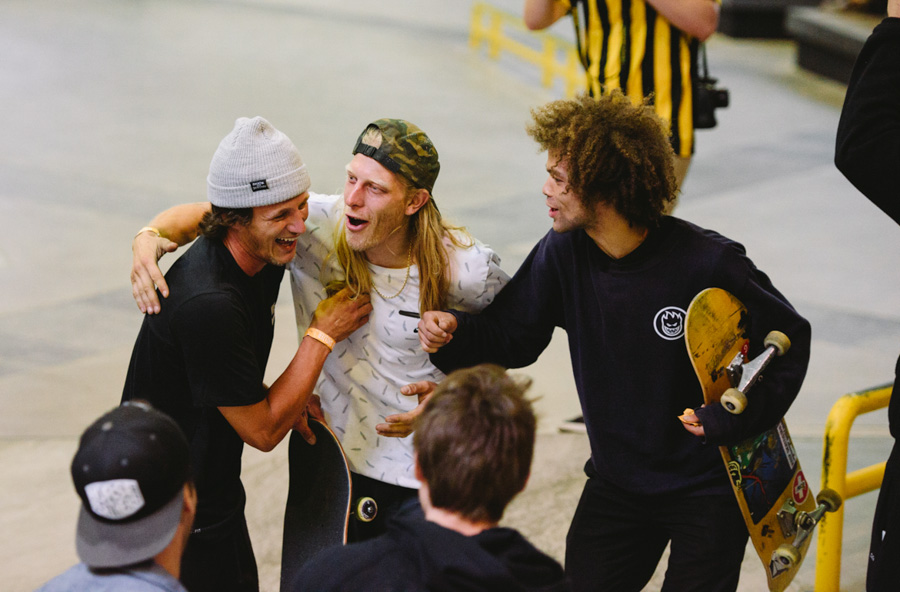 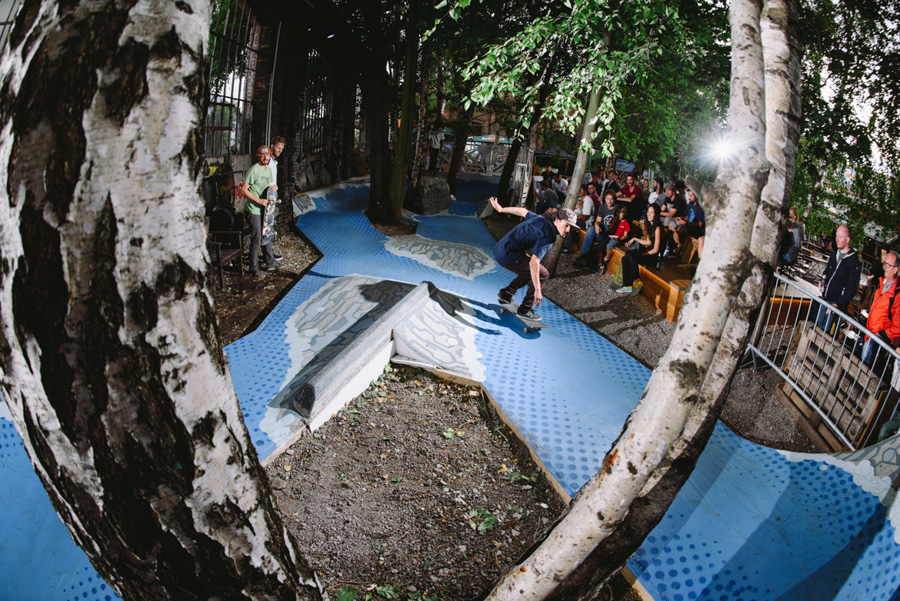 Lennie’s Fox Track race the DIY concrete figure of 8 put skaters head to head against the clock in a knock out format twice around the track. With bonus beers for tricks, Oskar Hallberg and Simon Karlsson took top honours winning enough for a good night out. 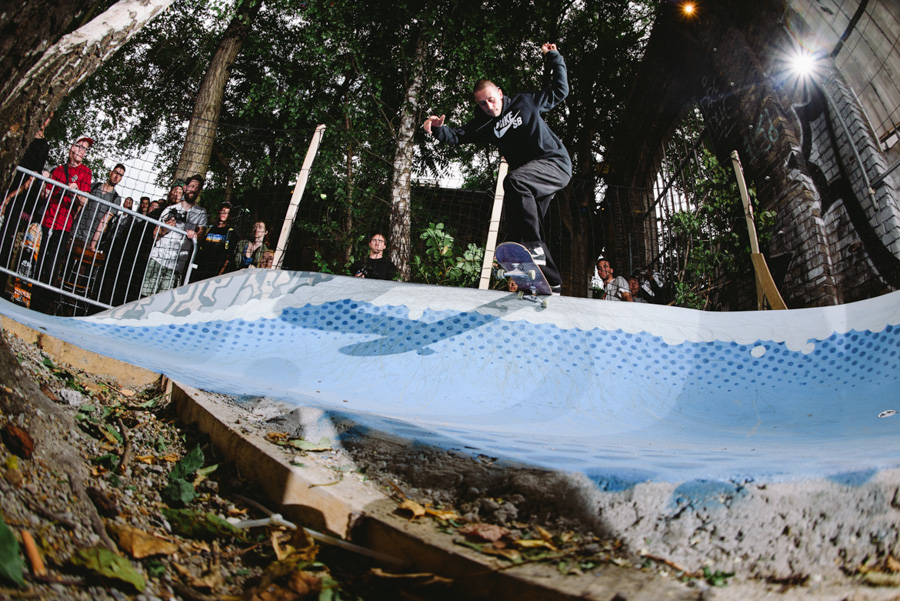 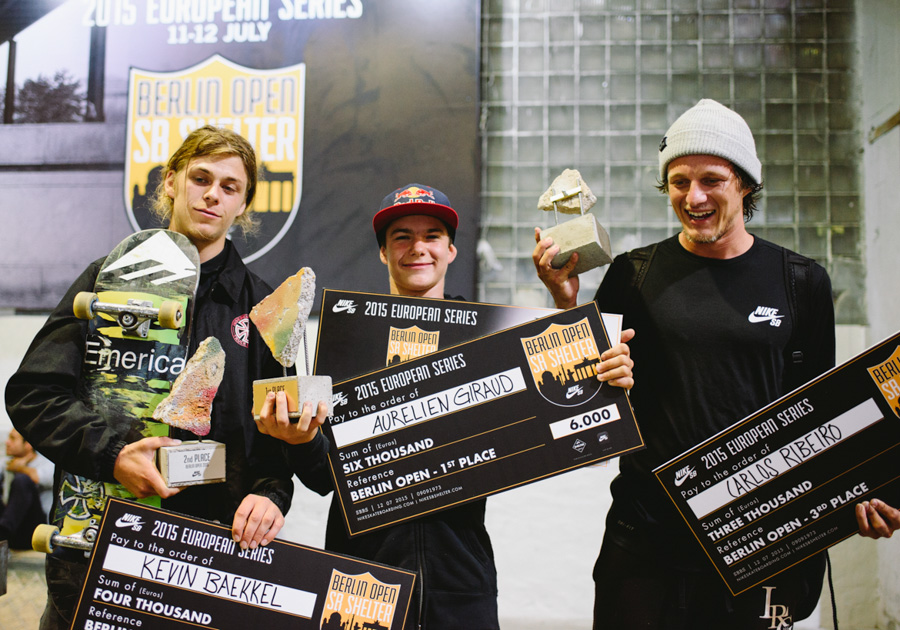