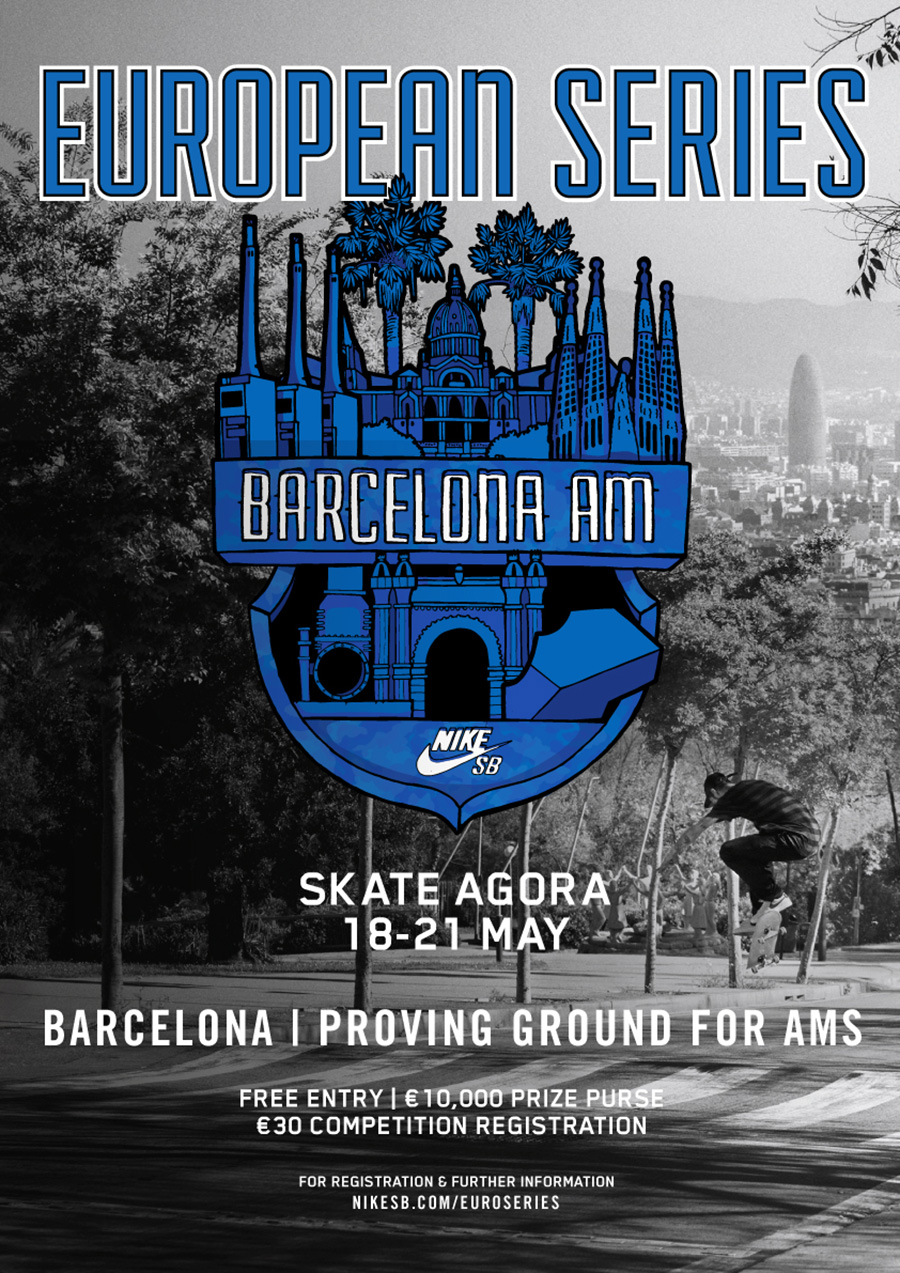 Nike SB has just announced the 3rd edition of the Nike SB Barcelona AM that will take place on the 18-20th May at Agora BND skate plaza.

” As per previous years, the Barcelona AM is held side by side with SLS Nike SB Pro Open that features the world’s elite street skateboarders, including Shane O’Neill, Nyjah Huston and Luan Oliveira. In total up to 61 global Pros will compete for the coveted Golden Ticket straight to the SLS Nike SB Super Crown World Championship, and for Pros currently not in SLS, the honour of securing the final two SLS Pro spots on the SLS Nike SB World Tour.”

Competing skaters and spectators for the Nike SB BCN AM. Registration from 9th May – nikesb.com/euroseries.
Details and tickets for the SLS Nike SB Pro Open – streetleague.com