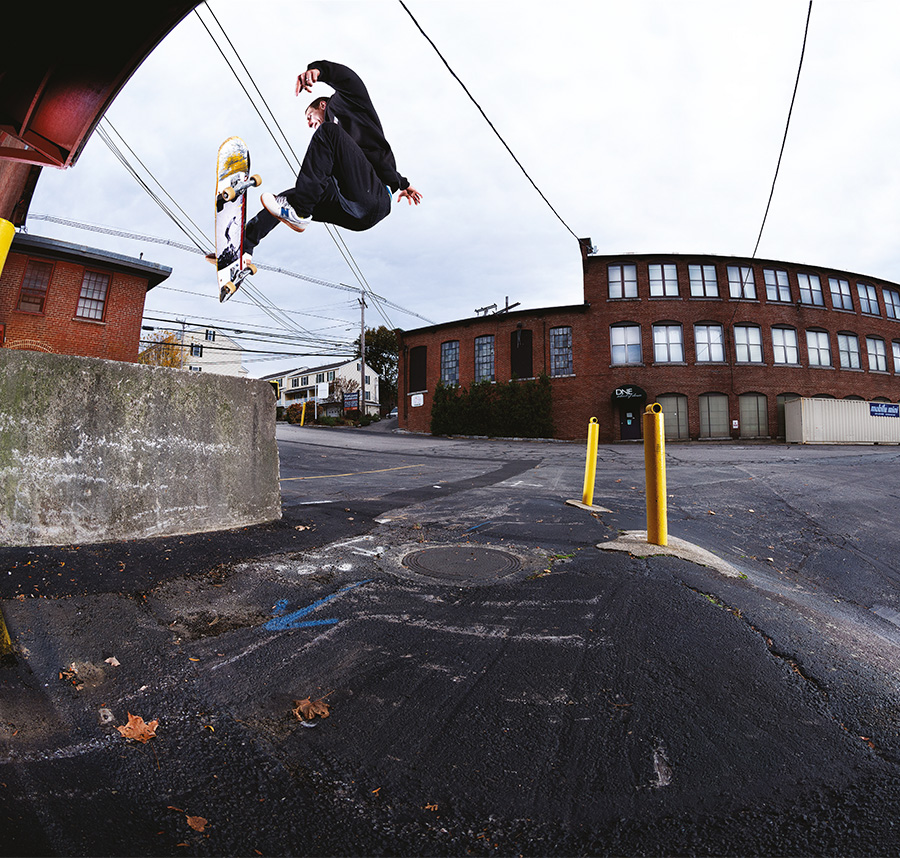 We had a chat with Brandon Westgate & NB Numeric’s designer Jeff Mikut about the making of the #508 shoe, Brandon’s second pro model for NB Numeric.

The #508 is your second shoe with Numeric, was it different working on it compared to the first one?

Working on the #508 was definitely a different experience because I wanted to use the same sole as the #288. I had skated the #288 before my #913 shoe and I really liked it. Since I already knew the sole was good we just need to get the upper right.

Did you already had a clear idea on how the new shoe should have looked like?

I wasn’t exactly sure how I wanted the shoe to look but since I worked with Jeff on the #913 he knew a lot about what I like and dislike about a shoe. I like the toe cap to be one piece and to stay tight for as long as possible. Once we get samples that’s when I like to tighten up the toe area and add padding or foam to things. Usually the samples start basic and pretty thin so we can build up. My favorite part is getting all the samples with changes and getting to see and feel how much better they get until they feel perfect.

On a previous interview we did a few years ago you told me the first time you visited the New Balance’s office you got impressed by the huge variety of materials they can use… how was working on your new shoe with all these resources available?

The variety of materials is very impressive. A big goal for me was to keep the price point down so it was more affordable for the kids. So keeping it a little more basic and using the #288 sole helped. That being said the materials are always quality and the option are endless. I upgraded the insole to a little bit higher quality foam just to help feel a little better.

You worked on the new shoe with Jeff Mikut who is in charge of design and shoes development inside Numeric, and he’s a sick skater too… how was working with someone who skate and “speak your language”?

Working with Jeff is amazing. He’s an incredible skater and always skates the samples as well, so he usually knows any problems before you get on the phone. He’s also very intelligent and knows all the technology inside and out of the shoe and can break everything down so I can understand everything. Most of all he takes a lot of pride in everything he does so he will work endless to get everything the way you want.

What was the most challenging part of the process?

The most challenging part for me is usually getting the toe of the shoe to fit the way I like. I don’t like it feeling baggy in that area and to blow out to be lose after skating. That’s where getting lots of samples helps.

You live close to Boston, one hour away from the New Balance HQ, did you go there many times during the design process? 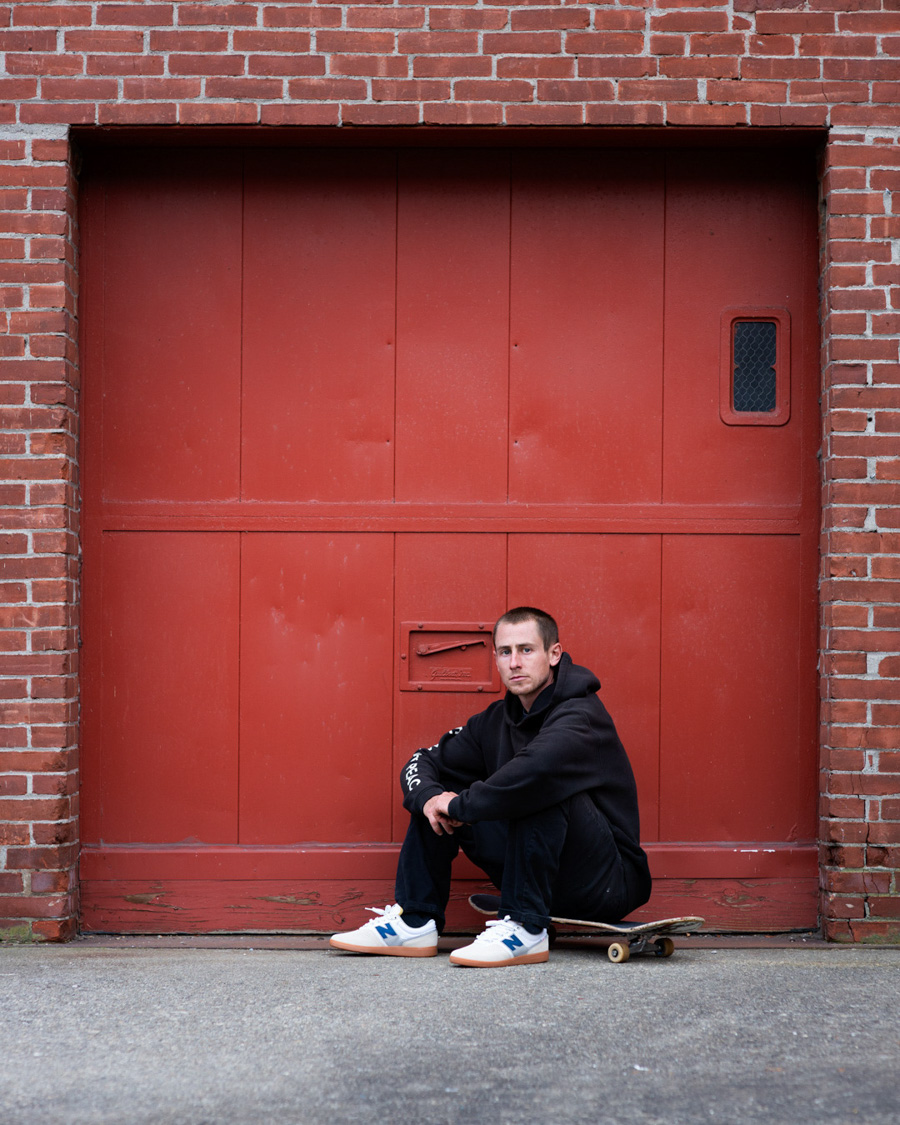 What was your first though when you fitted in the final sample?

My final thought was I hope everyone likes this shoe as much as I do!

How many colorways will be released?

Two shoes will be released and usually every three months they change. The cream and gum I picked, I’m super hyped on that color way.

Where did you film? Did lockdowns slowed it a bit and how did you deal with the pandemic factor?

I did one trip to Barcelona right before the lockdown. The rest was in the Boston area. Lock downs definitely slowed it down and wasted a bunch of time, but once I started venturing out it was easier to skate. Less traffic less people to deal with and way less kick outs, so all that helped out a lot. 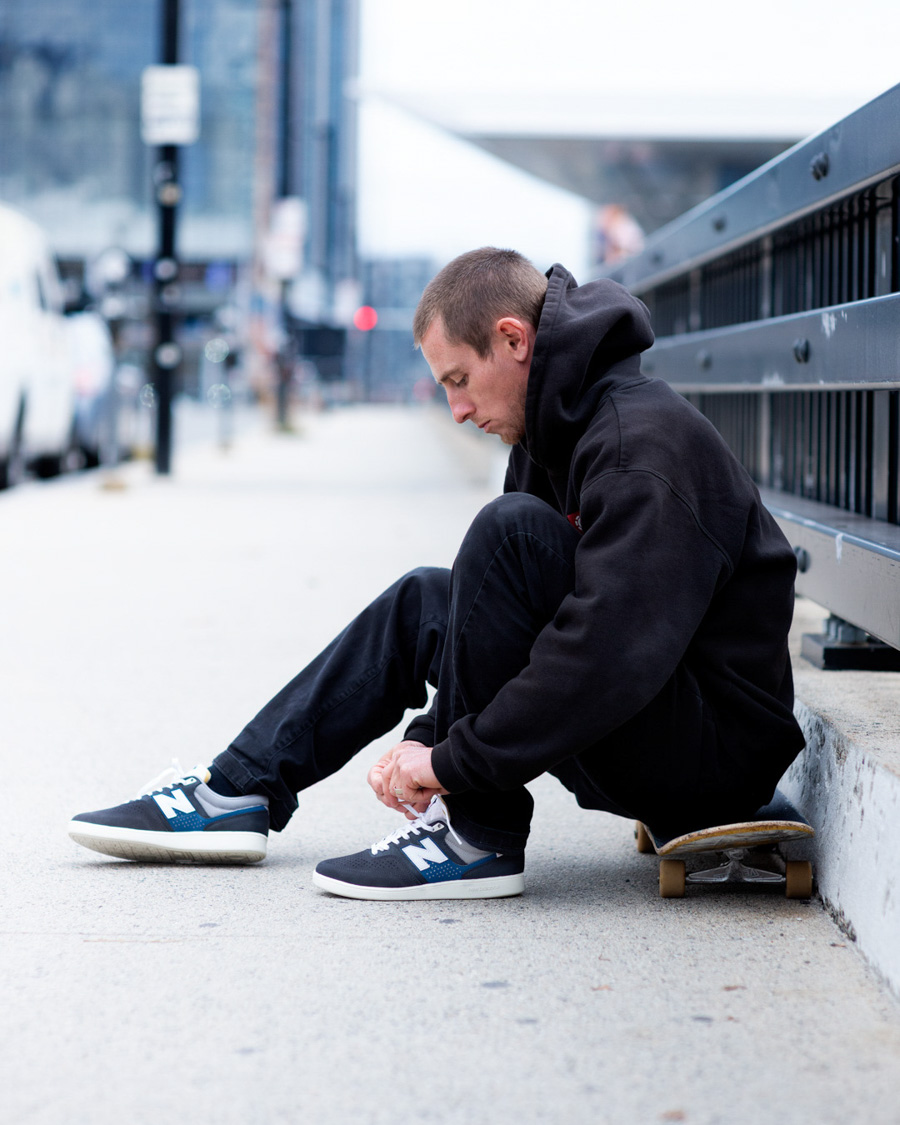 Any fun “behind the scene” tale from the filming part?

My last trick the 360 flip up the loading dock PJ Ladd drove the car to tow me in. So stoked to have PJ tow me in and he was the best tow in I’ve had. He figured the speed out perfectly and kept it consistent every time, it was a huge help and made the spot a lot of fun.

What trick form the part did you struggled the most with?

The walk on the cover of the pool after the frontside blunt on the rail to bank was fun to wacth.. ha ha… was it a private property?

I think it was probably private property, it was some super rich school. But it was a weekend so no one was there. 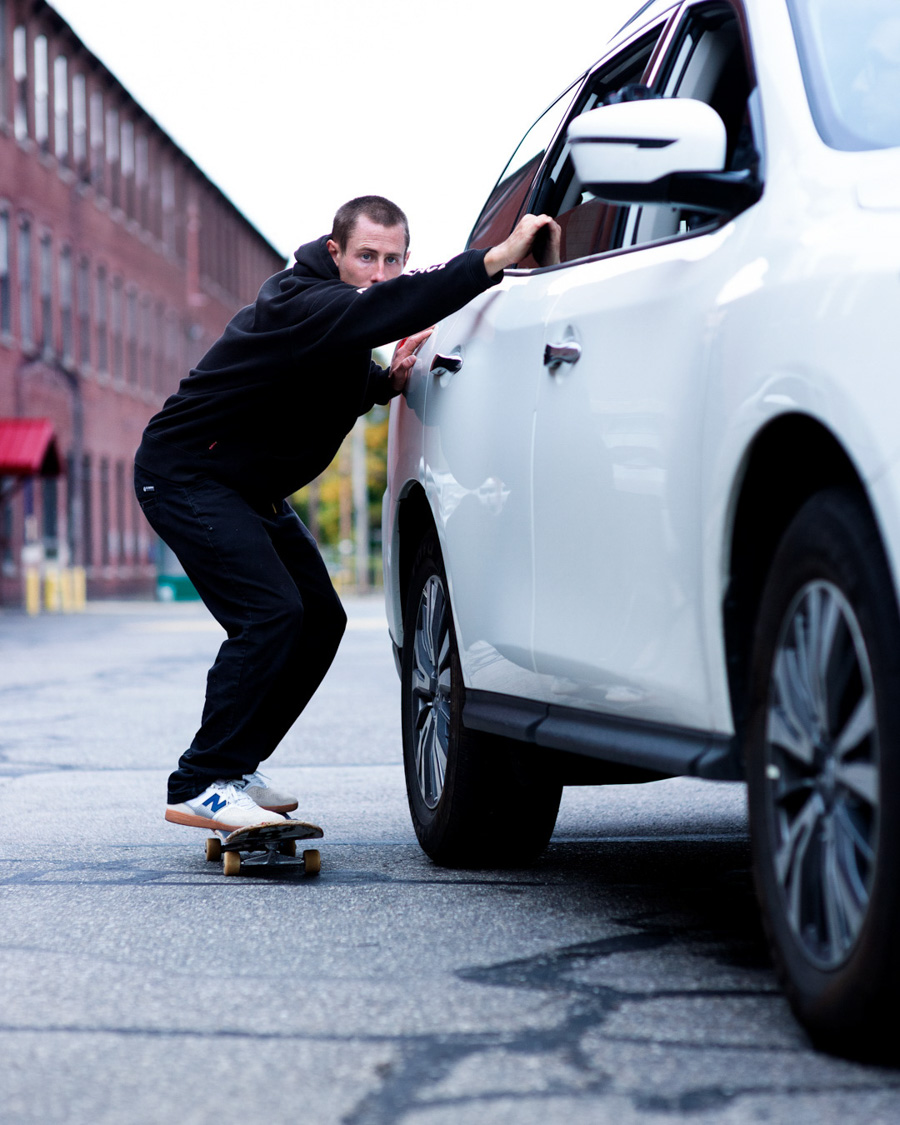 Do you still have the cranberry farm?

I actually just sold the farm. I honestly loved it but it was hard to find time for everything between the farm skating and I have two kids.

I’m working on another part, that’s what I like doing is making parts with the guy I made this part Tim Savage. There’s tons of spots on the east coast, most that haven’t been seen and he’s always down to skate. I also like being able to skate for the day and go home and sleep in my own bed. 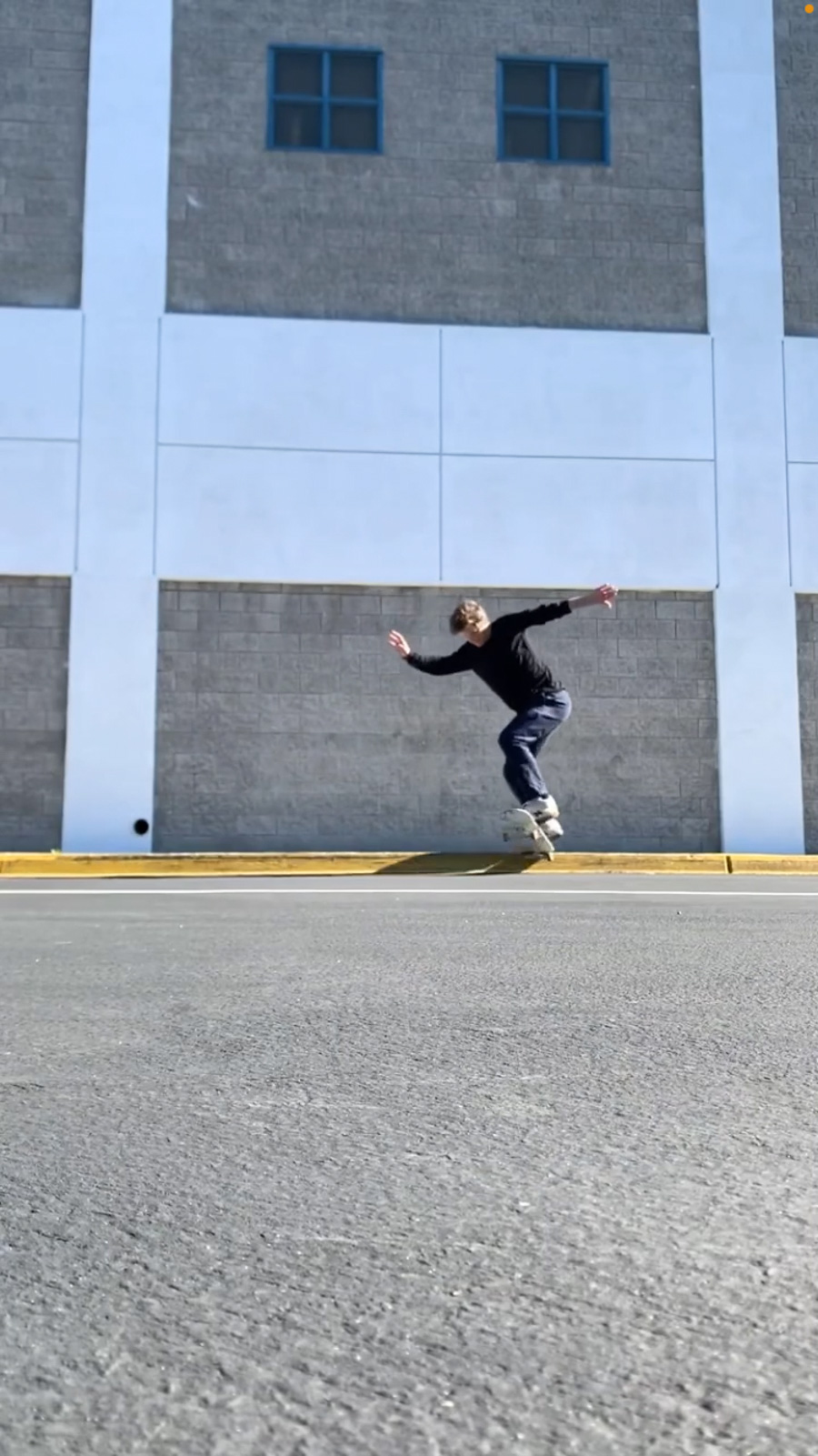 When and how did you start designing shoes?

After I finished a two-year design program, I started working as a footwear designer around 2006 as an intern at Vans.

You use to skate for Lakai & Chocolate right? When was it?

When did you start working for New Balance Numeric?

How long did it take to design the 508? Can you tell us more about how the design of a new shoe works?

The typical shoe process is anywhere from 1-2 years depending on complexity. When working with Brandon, it always starts as a conversation between him, myself and the rest of the product and marketing team. We essentially put forth parameters to design into – construction, ideal price, aesthetic inspiration, technical needs, etc. We then sketch ideas out, put boards together to help explain the concepts visually and review with Brandon to help curate it to a design he would be happy to support. Tech packs are made, samples are produced, and we modify those to get it closer to the intended design. Once we have samples in good spot, we order them in a few sizes to test fit, wear, and any design flaws. This is always a prime part of the process for Brandon to give us performance related notes and issues that might come about while out skating. While we are testing, we are in the background curating color direction for the first two seasons. Overall, a lot of back and forth between us and Brandon over about 16 months to get the shoe to the final design. 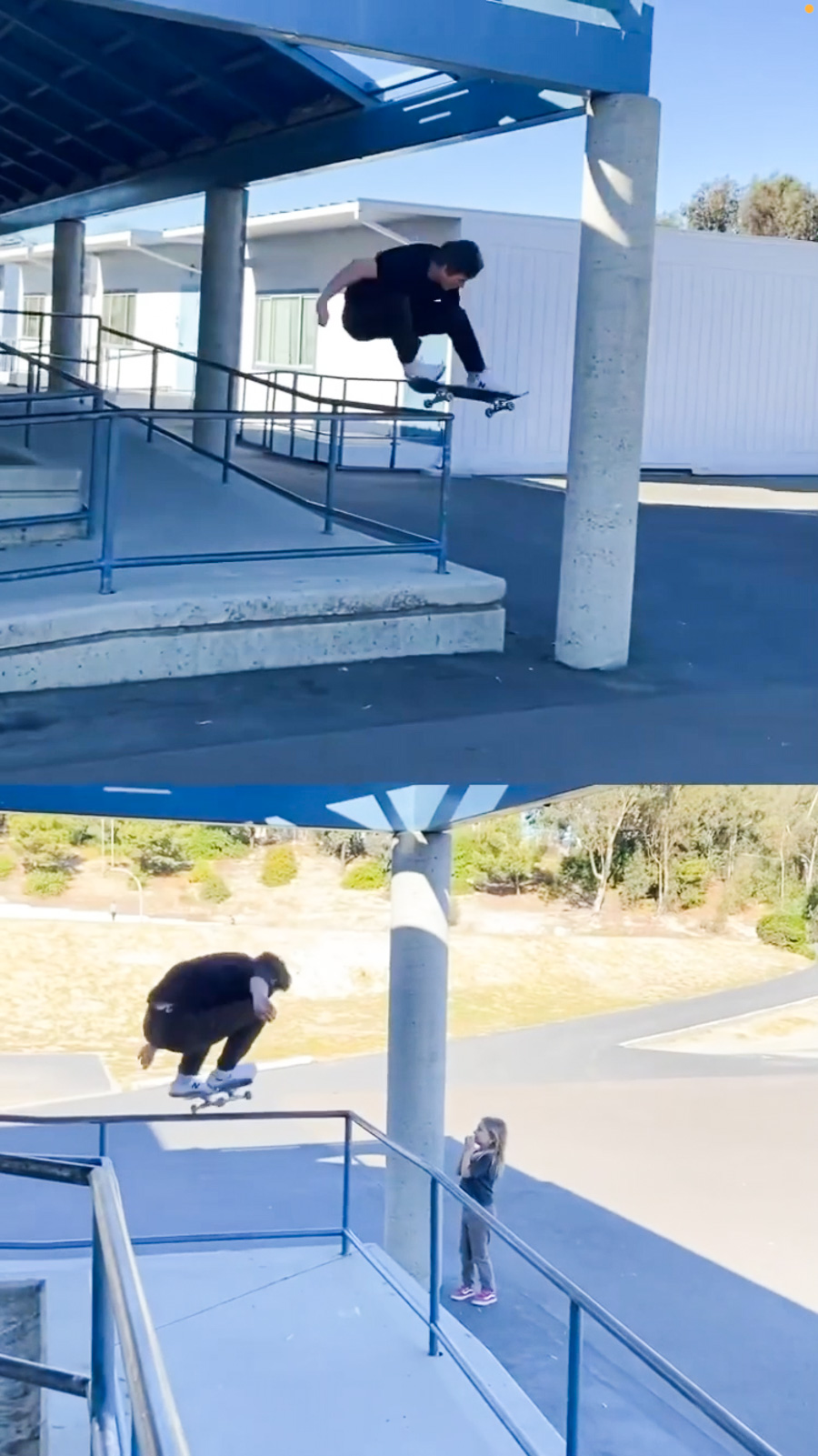 How many samples were released before to come to the final one?

It took us 4 samples to get it to where we were happy with it from a design perspective. Brandon skated a few pairs of that sample set and gave us some notes to work on. His two notes were to improve the insole and use a stronger backer on the toe area so it wouldn’t expand or bag out over time. We applied those over the next sample set and sent it to Brandon to skate them. Shortly after, we received the thumbs up from his side with no further adjustments needed. So total of 5 rounds of samples. Our samples are made at the factory level over-seas.

The shoe has a football style, was this a Brandon’s specific request or the idea style came as a follow up from the #913?

Brandon loved this sole from the previous #288 team model that was drafted from an 80s football shoe. The sole carried that football aesthetic and the upper details are a derivative of the #913. We worked through a fair number of sketches to get the two to really mend together, creating a sporty football vibe that wasn’t overtly directional.

Numeric is known for the quality of its products and variety of materials they use, should be very exciting for a shoe designer to have this amazing potential in terms of possibilities to work on a project…

Absolutely – very lucky to work for a brand that carries those attributes. 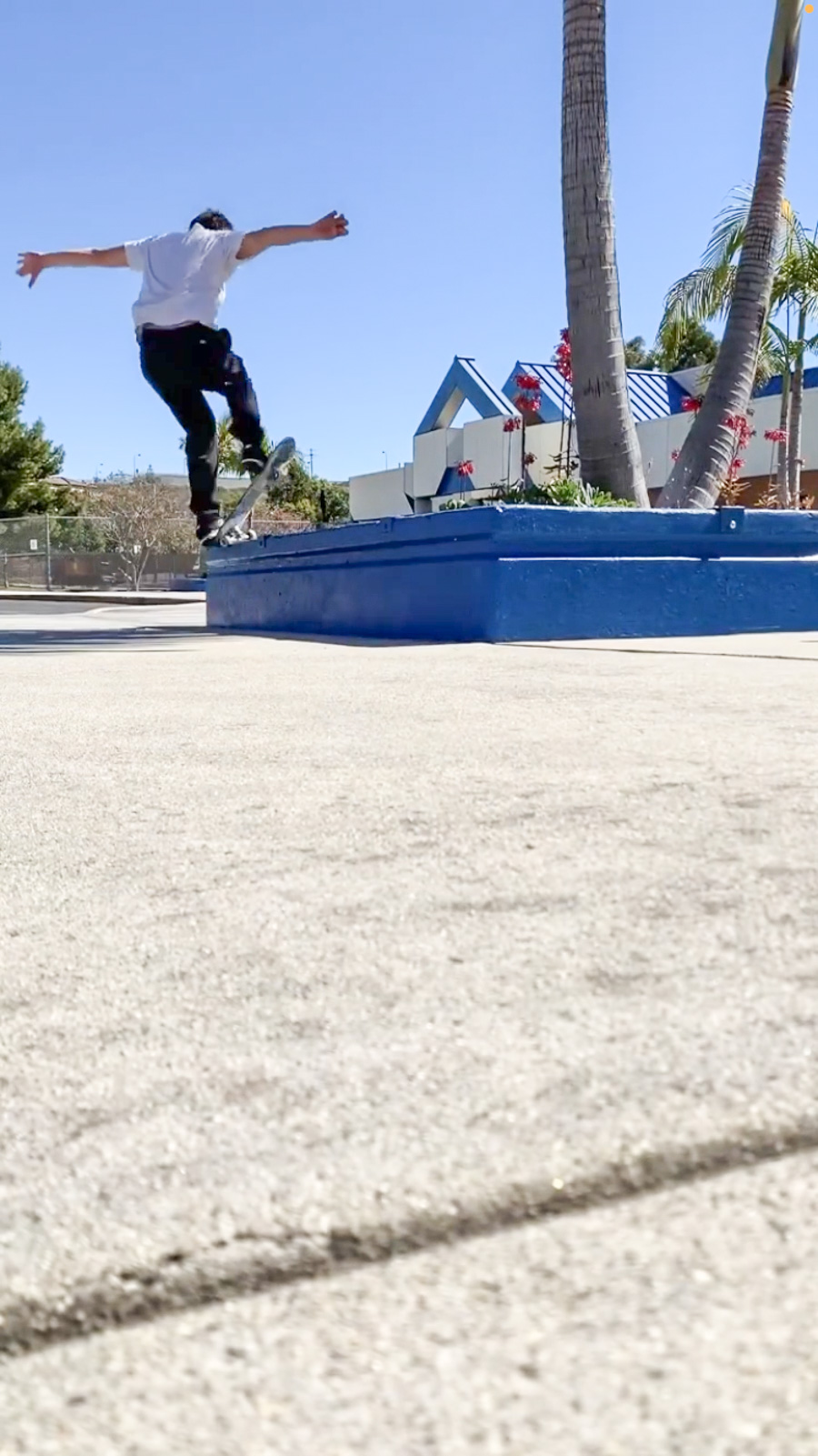 Do you take care of Numeric only or also of other New Balance lines?

I manage design for Numeric and help influence other lines, but my focus is mostly Numeric.

What was the most challenging part of the #508 project from your side?

The hardest part was finishing the shoe while the entire country was going into lock-down. It was a weird mental space to be in while trying to finish a rad project. Testing the shoe was tricky, but I built a makeshift box in our tiny driveway to give them a proper go.

Any fun tales or “behind the scene” story that can de told?

Whenever Brandon gives me feedback on shoes, I have to ask him what he was skating to help give me context of his comments. Most of the time it’s something that is absurd, like fs 180 over a full street… It helps me understand if something would be an issue to the common skater or for someone that challenges human abilities.