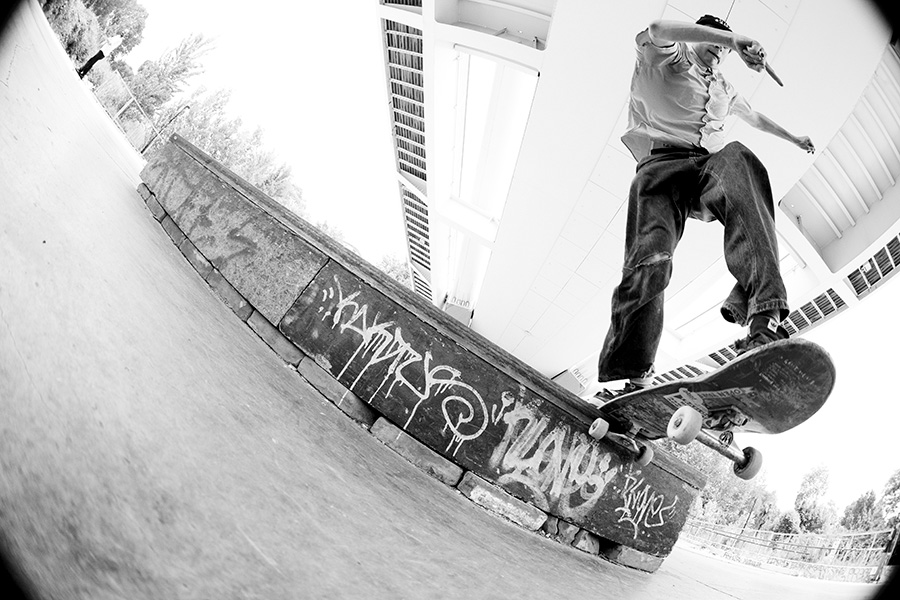 What did you do this summer?
I went on interrail with two friends and my girlfriend, we went to Milan, Basil, Berlin, Hamburg, and Copenhagen which I think is the most beautiful city in the world.

Do you have anything in store for the next few months?
I’m moving to Milan to study at the Brera Academy, in October. I’m a bit scared, I don’t know many people in Milan, but I’m happy to go.

When did you start skating and why?
I started skating in 2011, my father used to skate when he was younger and transmitted his passion to me. My grandfather used to travel a lot and brought him some skateboards when he went to the States. My parents have always been super supportive, they realized that skateboarding makes me feel good physically and mentally. 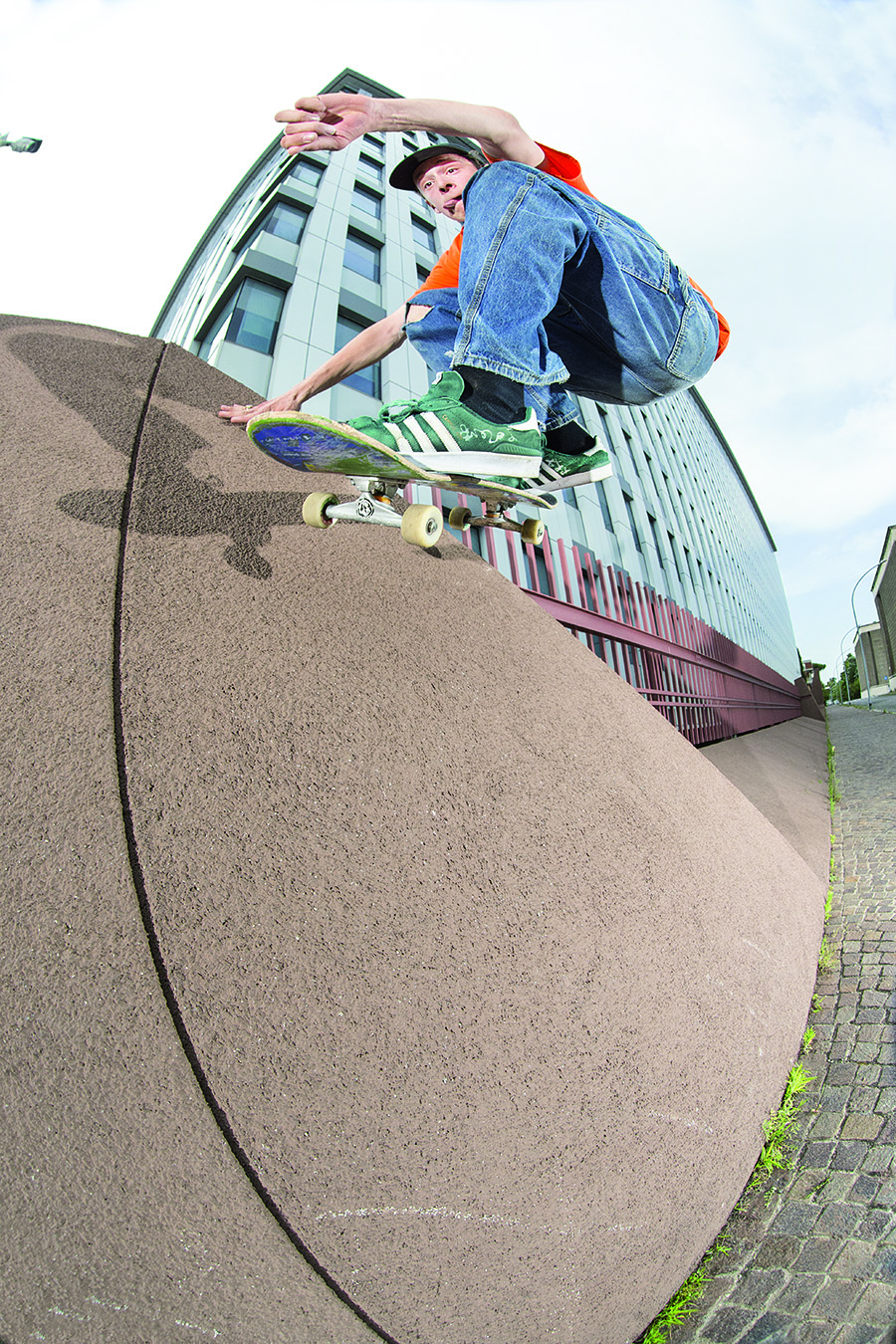 You’re from Rome, why do you think there are so few skaters compared to the number of inhabitants in the city?
Rome is a large city and maybe people don’t move around that much, there are lots of small groups of skaters that skate in their own neighborhood. It’s a strange scene, it goes through periods. Some summers there are lots of skaters at the Ponte della Musica, while other times there’s just 10 of us at most. I don’t know, I think there are skaters, but they all skate their own spots. Plus the city’s only public skate park is on the outskirts and this doesn’t help the scene to grow.

But you’ve got a good crew, you’re very active, right?
Yes we have fun, we film and skate together all the time.

Who’s the Roman skater from the older generation that hypes you up the most?
Jonny Levin is the biggest legend there ever was in Rome, he skates everything and anything, he’s always around on his board, he’s my absolute favorite. Ale Martoriati has always ripped, I saw his videos from when he was my age, incredible. Even Gaspare Gentile when he was younger.

Where do you usually skate?
At Ponte della Musica, it’s near my house, I go there by bike. Also at the Foro Italico and the Ara Pacis. Sometimes we go do downhills around the city or go in search of new spots.

Did you realize all there is behind skateboarding when you first started, like teams, tricks, non-written rules, tours, and sponsors?
No, not at all. When I went around on my skateboard and met another skater and he said “hi,” I would ask myself why he said hi to me. At first I wouldn’t understand… ha ha. Like going to a new city and meeting other skaters that show you around so that you don’t see the city as a tourist, but from the inside, like a local, is cool. The best thing is that you can make friends all over the world in no time. 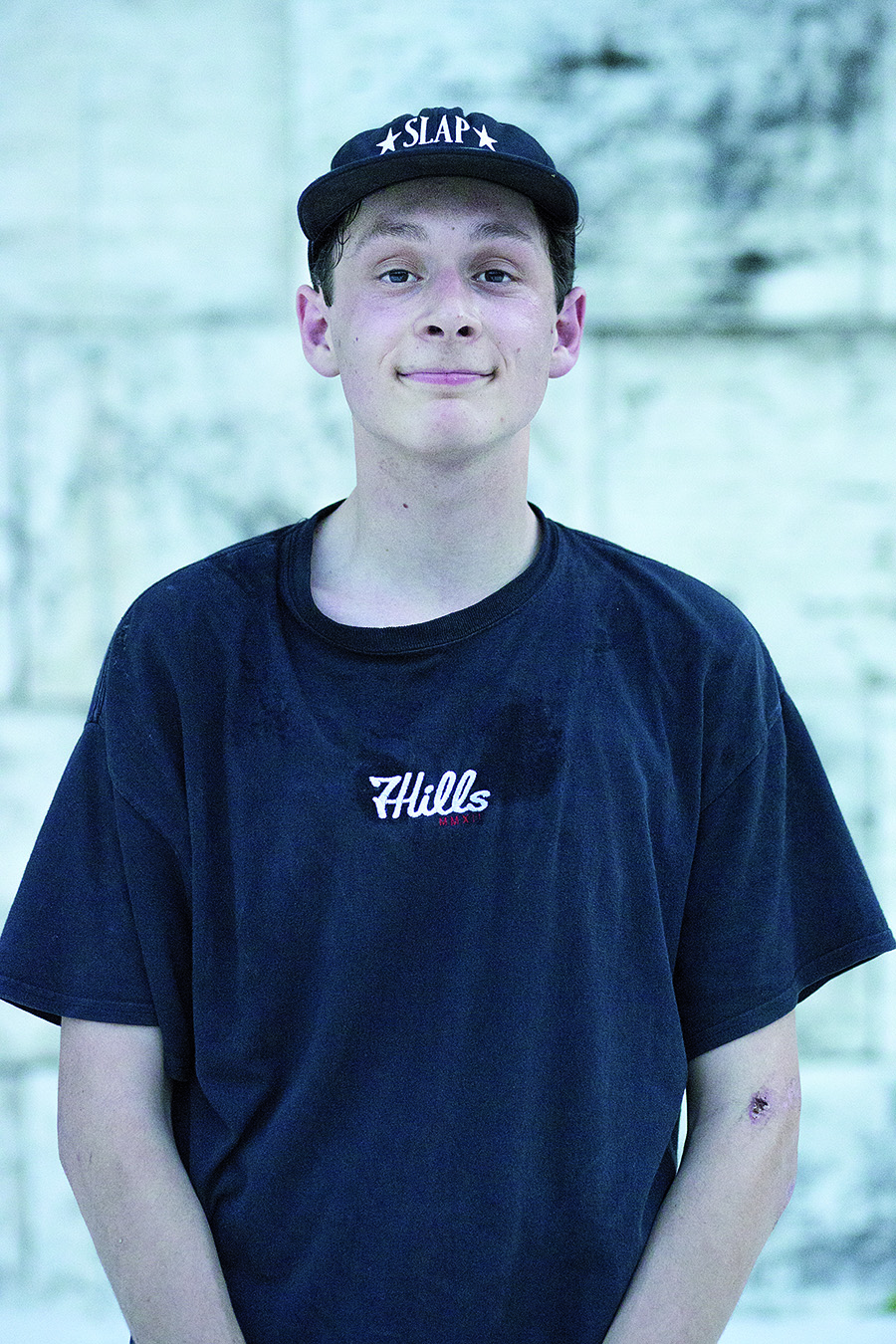 What kind of skateboarding do you like?
I like going fast, doing simple tricks full speed. Technical skateboarding is nice to see, but a bit more difficult to do, ha ha ha! Besides the tricks, I don’t see skateboarding as a hobby, I need it to clear my mind. Skating is a mental outlet.

Three skaters you like?
Mark Gonzales above all, even though he’s not from my era, I’ve always loved watching him. One of the first videos I saw was Video Days and he’s been my favorite ever since. I like Casper Brooker a lot for his fast and powerful skating. Then Jonathan Levin or my friend Antoine. Ben Kadow also hypes me a lot.

Do you have any skate posters hanging in your room?
Yeah, I have various posters. Grant Taylor, Ishod Wair, and a Hockey/Fucking Awesome one too.

Do you like printed skate mags?
Yes, I love skate mags, printed mags are super important, they’re the coolest thing in the world because you can touch them, you can find posters inside, maybe some stickers too. Even just finding them in skate shops and checking them out is cool.

How much time do you spend on social networks?
I kind of hate Instagram, but every now and then it’s useful to post skate stuff. I take it in a chill way, but usually I post funny things rather than skate tricks. One of the saddest things is being on the metro and seeing everyone on their smart phones watching stories forever. When I go out I don’t bring my smart phone, but an old school phone, like the ones drug dealers use. I just use it to make calls, I don’t want to be distracted and waste hours on social networks. I have a smart phone at home that I use to browse the web. 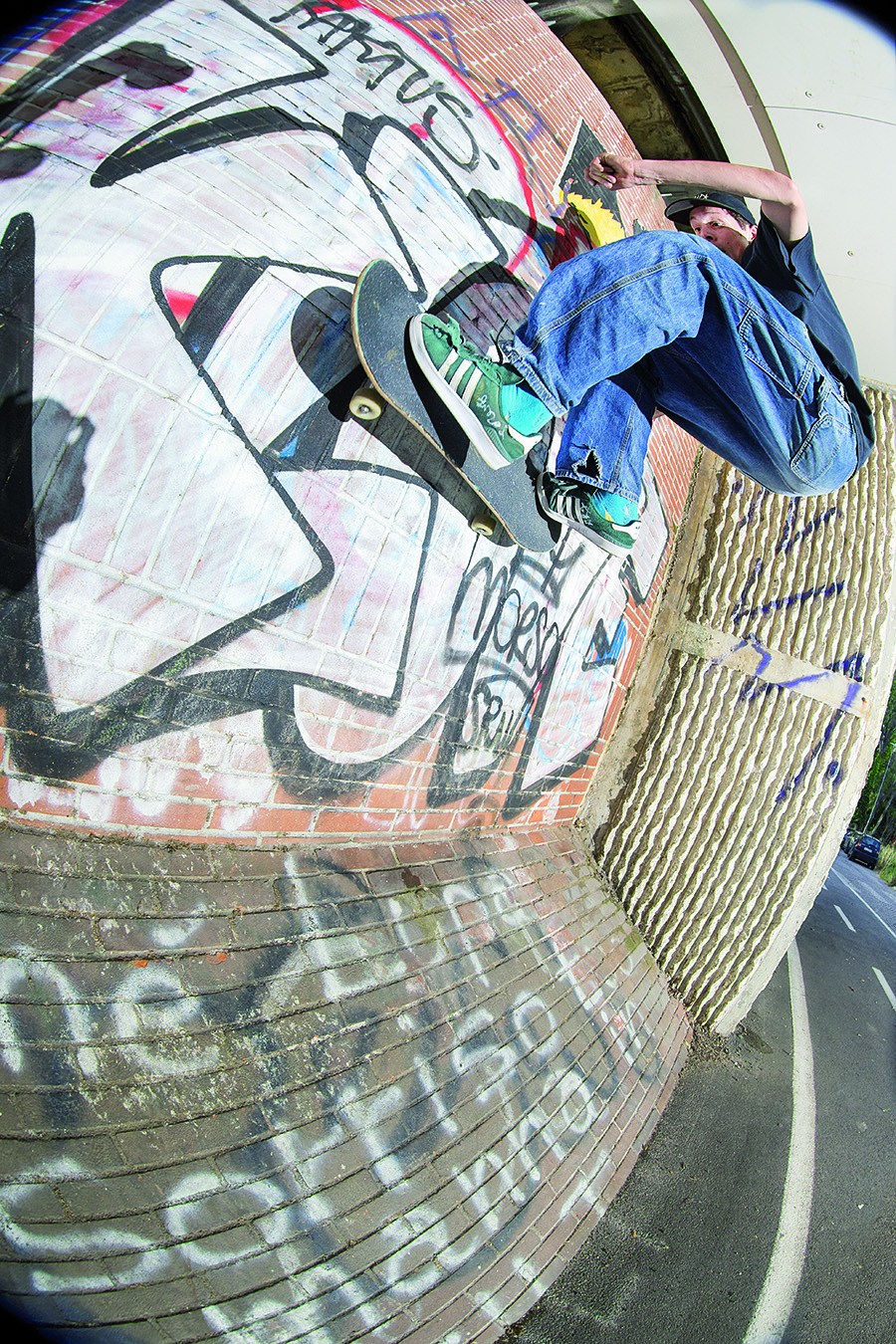 Do you have any other interests besides skating?
I like painting and drawing, and sometimes I make videos, or clothes.

Clothes? Interesting…
Yes, I’ve made jackets at times, sweatshirts or tshirts, but not because I want to sell them or make a brand, but just to express through that garment an anxiety or a fear that I’m feeling in that precise moment… so that people can actually wear my emotions. Sometimes I put my photos up on the street with adhesive paper. When you come down to Rome I’ll show you.

Do you do well at school?
Yeah, I graduated with good grades, I studied everything the night before, ha ha ha.

What do you look for in a skater?
I think his personality is the most important thing, his creativity and style.

Who are your sponsors?
7 Hills Skate Co., Taste Wheels, and Vans has been recently supporting me through 7 Hills Store. Soon after we shot the photos for this article they sent me some Vans product.

How crappy is Trap music on a 1 to 10 scale?
Ha ha ha… from 1 to 10 I’d say 10! All those stories about guns, money, Thrasher tees, the music is all the same and they say the same things.

What music do you like?
Thanks to my father I listen to a lot of different genres of music, I like old school hip-hop like Public Enemy, Afrika Bambaataa; but I also listen to rock, punk, 30s music, r’n’b. I like all good music.

From the “Get Your Shine On” article published in a  brief glance issue #56.