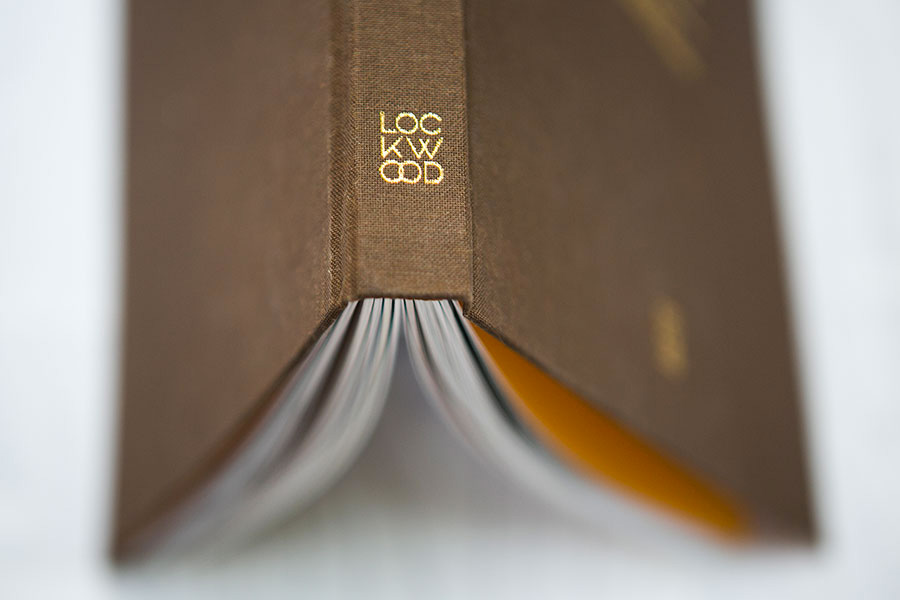 Lokwood Skateshop won the “Shop Of The Year” Award at B.E.S.A. last week in Berlin. Check the full interview  with  Svean Aets, skateboarder and owner of Lokwood, we published on a brief glance issue_19 a few months ago. 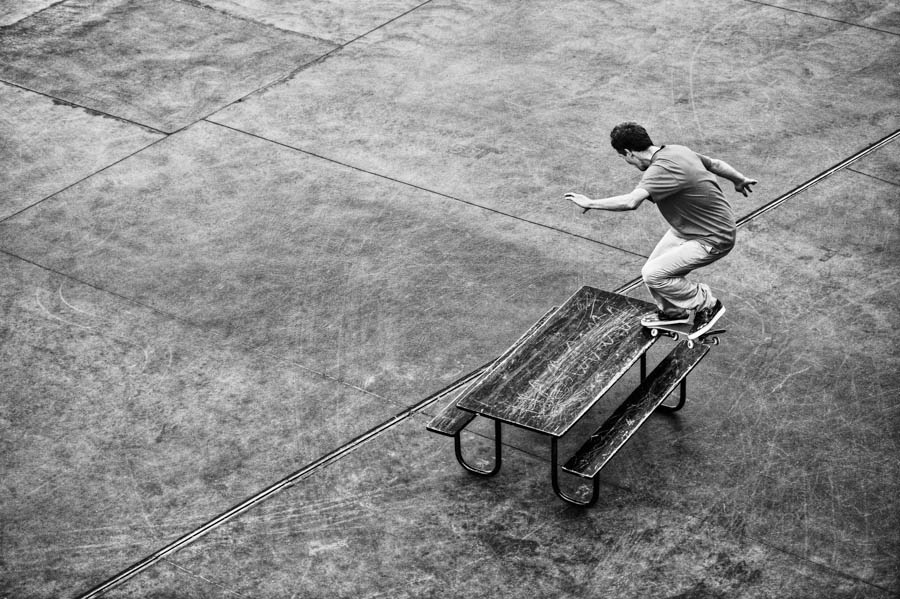 How did the idea of releasing a book for the 15th anniversary come up and how long did you work on it?

For our 15th anniversary we wanted to do something special. So after some brainstorming our marketing manager Vincent Vos came up with the idea to make a book. The idea came about a year before the shop’s 15th birthday. Since day one almost everything that happened around Lockwood had been captured by photographers and filmers such as Jan Doggen and DVL. We had been making our own videos and shop magazines. Besides that we had great riders who always had a lot of coverage such as Sven Aerts, Phil Zwijsen and now Jarne Verbruggen. In our opinion it would have been really cool to make a compilation of everything that had happened throughout the years. It’s something we are really proud of and we wanted to show it and give respect to all the people that have been around the shop for all these years.

DVL told me that in 1996 you decided to open a skate shop in Antwerp instead of moving to the States and try to “live the dream”… what was behind your decision?

As soon as I turned 18 some friends and I went to Cali to skate the spots we had seen in the videos and mags. Every year we saved up money to go back for a couple of weeks. I never really thought about going there to become a pro, but because I really liked skating there and the weather is always beautiful, I did struggle with this decision. In the end a good friend of mine, who I started the shop with, kind of made the decision for me. We had talked about opening a skateshop and one day he came by my house and told me he had been to Antwerp and found the perfect location. A month later we opened the shop. I definitely haven’t regretted it but sometimes I do wonder what it would have been like if I had made the other choice…

Why did you choose the name Lockwood, and why Lockwood instead of, for example, EMB?

For me at the time it was the hot-spot for skateboarding. It had everything; the banks, hips, picnic tables, the type of pros who skated there and it was a bit sketchy because of the gangs. So after we skated the spot a couple of times I fell in love with it.

What’s your very first memory of the first day you opened the shop?

It was pretty hectic of course, everything wasn’t finished yet but we had to open. Kim, one of my best friends, came by every day while we were working so when we opened he was the first customer. 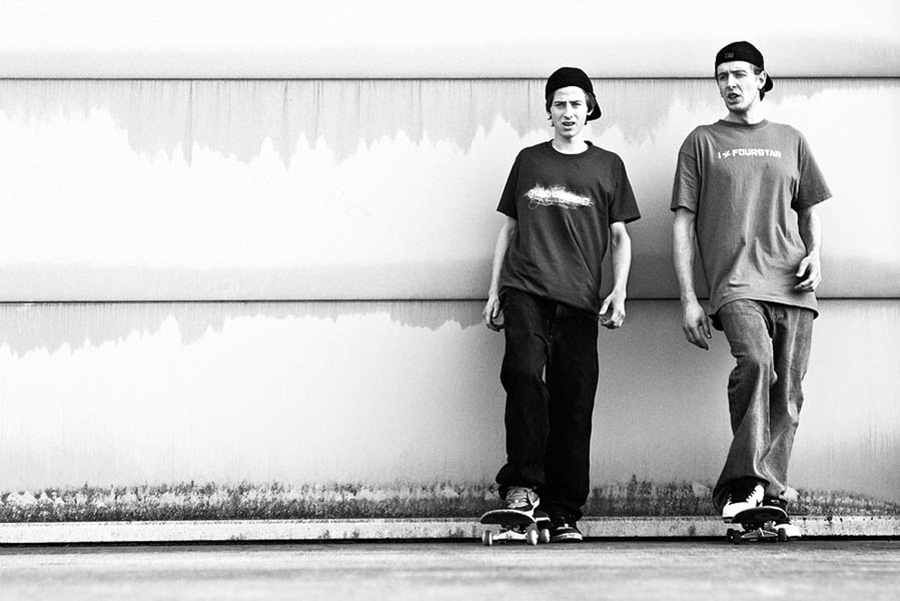 If you stop for a minute and you look at the shop nowadays, and you think back to the beginning of your adventure 15 years ago and how the shop was in 1996… what are your thoughts?

I still have the same motivation and I am still very proud about how the shop was then and how it looks now. However I must say it feels like it was a lot easier back then. Of course there were problems but in the beginning it was just me so when I wanted to go skating I just closed and went. Now there is a lot more responsibility.

In the book there are 2 pages with a double interview with you and Ivan Maas, from Push magazine. When I saw it I got excited, because I had a copy of this issue of the mag, and in 1996 it was not that easy to get a copy of a small mag from another country… I do remember I really liked this “fanzine-style” mag because it was in English and covered a scene unknown to me at the time… What are your feelings about how skateboarding has changed since then compared to today, and how has the European scene changed over the years? I mean in 1996 getting a copy of a skate zine from Belgium and seeing photos of local skateboarders you never heard of was something rare. Nowadays even small companies have teams with riders from different countries…

I’m stoked that you remember that. Back in those days the scene was small and it was difficult to get sponsors and travel, you had to do it yourself. But on the other hand back then there were a lot of skate spots that you could easily skate without getting kicked out. In those days the skate scene was really focused on the US and mainly Cali. Nowadays Europe is finally getting the attention it deserves and European skaters are able to get around and live from skateboarding.

Over the years you have released boards and products with the shop logo. You’ve always had a team, and your shop has organized skate camps, demos, contests, done advertisements in the mags, filmed and released many skateboard videos… There is no doubt about the fact that Lockwood is 100% a “real” skateshop. In your opinion, how important is a proper skateshop for a local scene? And in a time when the economy is not so bright and many shops are closing their doors, how important is it to do the right things in order to keep the local scene alive, motivate the good guys, and push the kids to start skating and keep them going?

When I started the shop I did it because I love skateboarding and all those things came naturally. I would like to do even more if I could find the time. I think all this is really important for skateboarding. Every time I hear about a local shop or skatepark that has to close, it hurts. So I hope kids think twice on where they buy their gear and keep supporting their local shop. 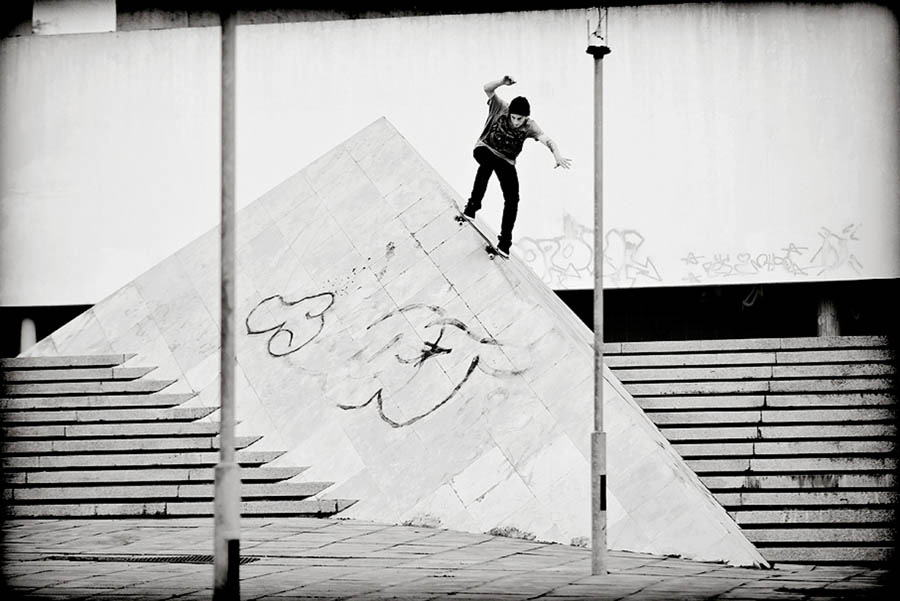 Why do you think it has been possible to fulfill your dream in Antwerp?

It hasn’t been easy but Antwerp has a lot to offer. It has always had a good skate scene and it is one of Belgium’s major shopping destinations. But then again because of that we’ve always had a lot more competition than other cities, which keeps you on point.

Nike SB released 2 colorways in collaboration with Lockwood skate shop. How did that happen? In the book you talked about these guys from Japan and Germany who tried to buy whole size ranges from the shop but you kicked them out…

When we started working with Nike SB we were the only shop in Belgium and there weren’t that many in Europe, so we got calls from all over to buy complete size ranges. Since the beginning we have had a good relationship with SB so one day Kaspar van Lierop asked me if I was interested in doing a colorway. I took the inspiration from the early Lockwood days and organized a big contest in Antwerp called Nike Air Attack. The people at Nike really liked the shoes, so they both came out in spring 2010.

If you had to pick one, what is the best memory of these last 15 years?

That’s a really tough one. There are so many good memories! In the 90’s when a new skate video came out and all the skaters came to the shop to watch it, and there was no room left for customers because the shop was so small, but I didn’t care, I just wanted to watch the movie. In 2002 when Kareem Campbell and the City Stars team came by the shop to do a signing. That was pretty cool, having a young P-Rod and Mikey Taylor chilling in the shop. There are so many….

What was your impression the first time you had the book in your hands and looked at it?

It was amazing, especially since it took quite a long time to make. At one point we almost decided not to go through with it. But I’m so happy that Vincent and I pushed through and finally got it done!

Why are there so many good skateboarders from Belgium in your opinion?

I think there are a lot of reasons but mainly because there has always been a good scene and because Belgium is so small and centrally located in Europe, so it’s easy to get around and skate with a lot of different people and get motivated by each other.

What’s your favorite photo in the book?

My favorite photo is the one with my daughter. It’s special in a lot of ways. The photo was shot by DVL and it came out really good. It was even on the cover of Freestyler mag. It’s actually a tribute to the Sheffey ollie, which was in one of my favorite movies, Questionable by Plan B and it’s with my oldest daughter who was only three back then.

Will you send me a copy of the second edition in 15 years?

Of course! If the next 15 years go as fast and as good as the last it will be very soon! 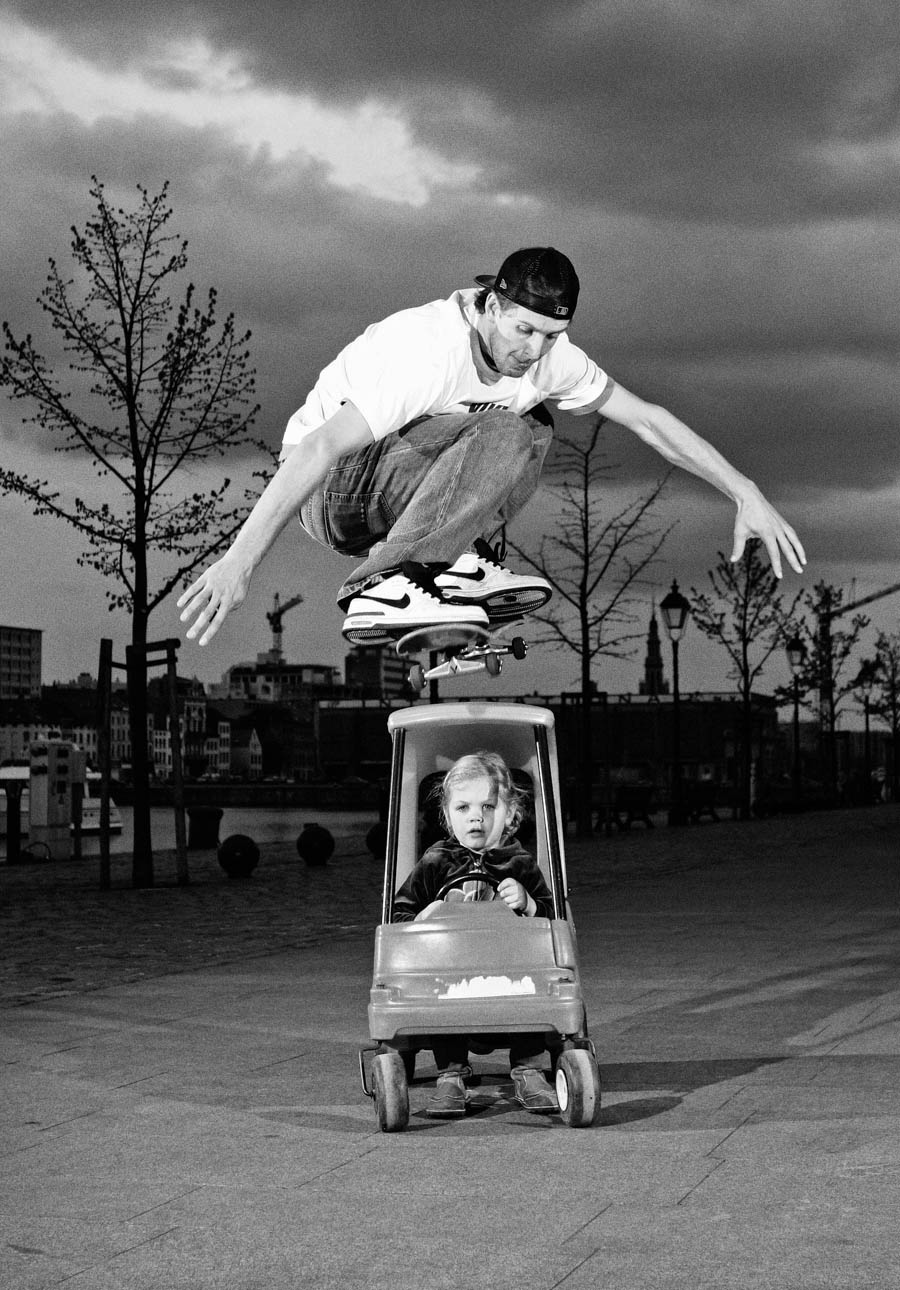