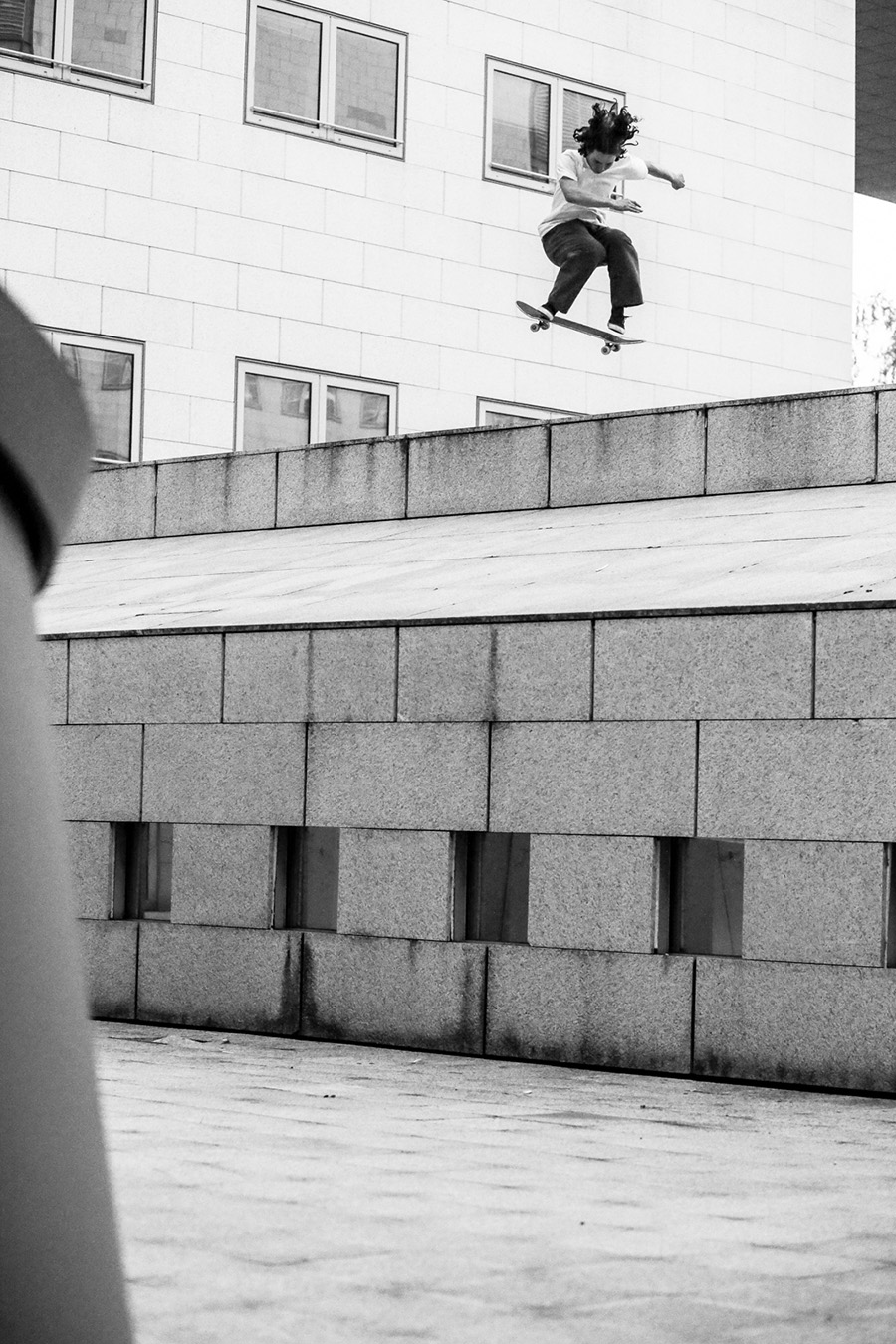 Backside 360 into the bank.

Hi Lilian, can you introduce yourself briefly?
My name is Lilian Fev, I’m 21 years old, and I’m from Annecy, France, but I’ve been living in Paris for two years.

Why did you move to Paris?
The skate scene in Paris is very exciting, there are so many spots and a lot of things happening, plus all of my friends from Cinquième Terrace had already moved to Paris before me so I wanted to join them.

You just skate there?
The first year I worked as a pastry chef, but now I’m just skating. I attended a three-year school in Annecy to be a pastry and baker chef. 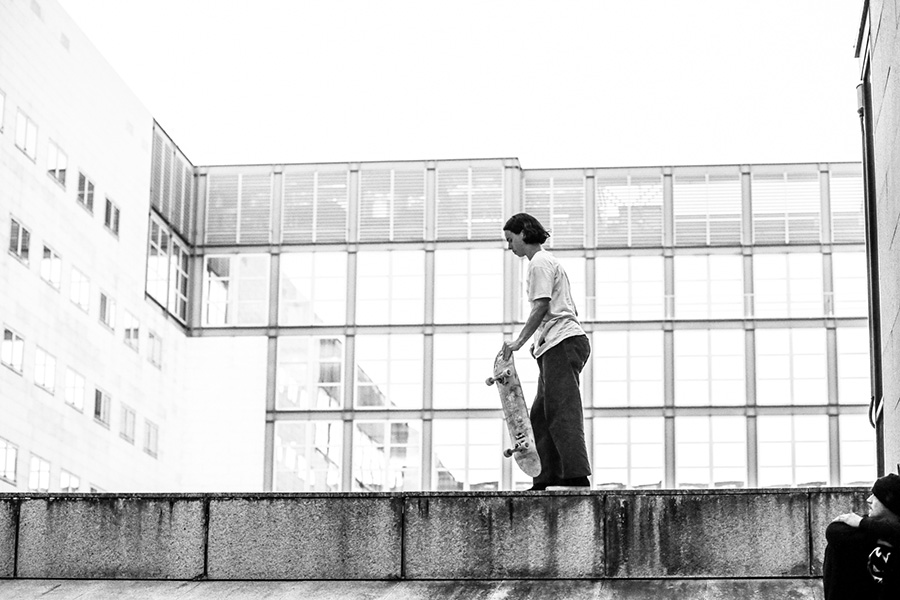 How is Annecy as a city to live in?
It’s a really nice place to live, very peaceful and beautiful, there are many things to do and the skate scene is very strong.

So you know Sebastiano Bartoloni?
Yes, he runs ABS Skateshop and he’s the best guy ever.

So Cinquième Terrace is basically your crew?
Yes, they’re all guys from Annecy plus two other guys from other places in France, we all live in Paris right now, we skate together and make edits, we’re a group of friends. 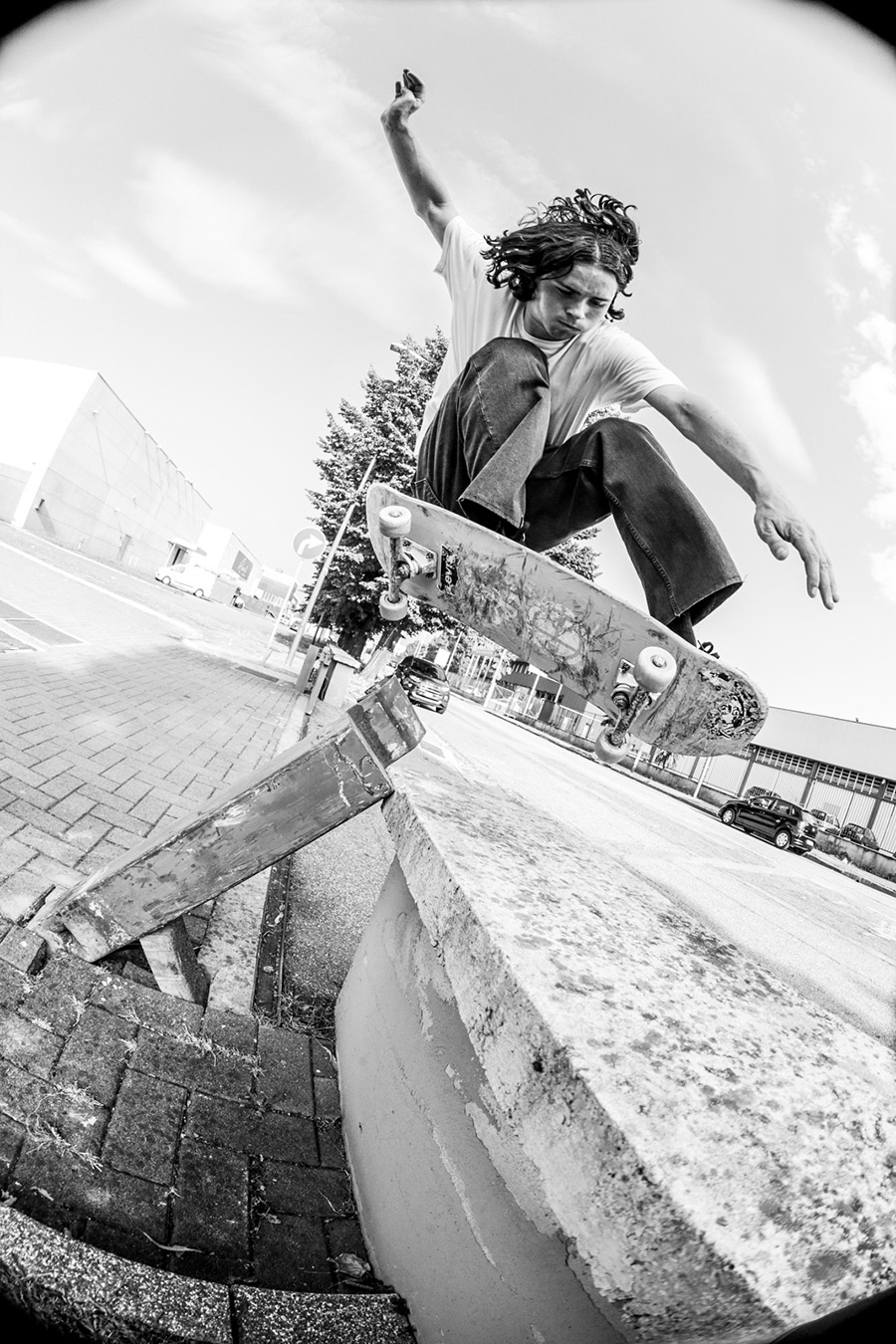 This was your first time in Milano, right? What did you expect before this trip?
I was a bit afraid we would spend the whole trip in Centrale, but in the end we found really nice spots around the city, it’s been a very productive mission and the food was amazing, so I really enjoyed the days spent there.

Was this your first trip with Levi’s?
This was the second one. I went on another trip to Berlin last year. 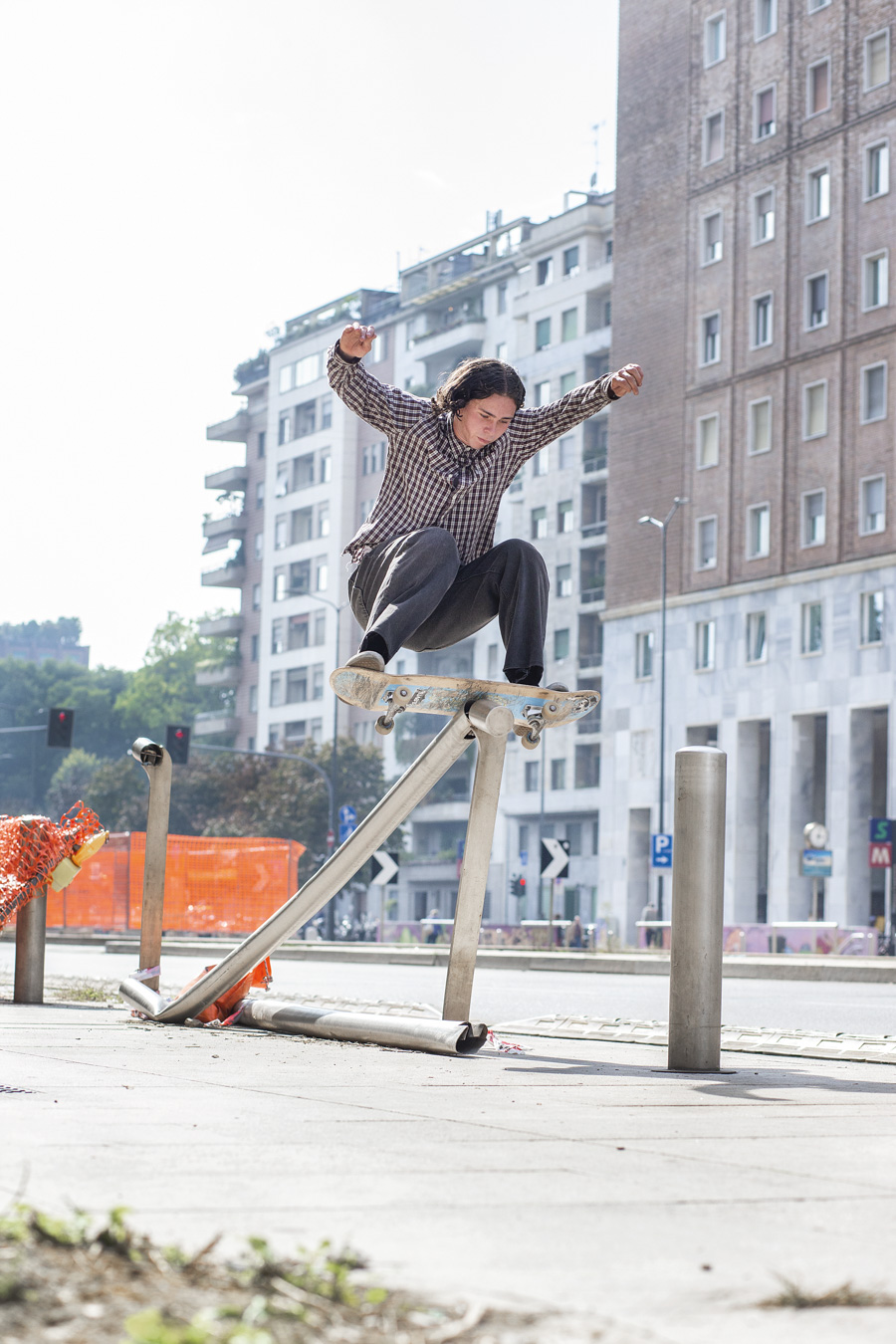 I’ve seen you riding a PACCBET board. How did you start skating for them?
Yes, it’s something new, I’ve been skating for PACCBET since last month. Before that I used to skate for ABS skate shop that is still supporting me. Basically because Val Bauer knows Tolia and Gosha. I met Gosha last year in L.A. The feeling was good and it happened.

Do you have any other sponsors apart from Levi’s?
I skate for Vans. 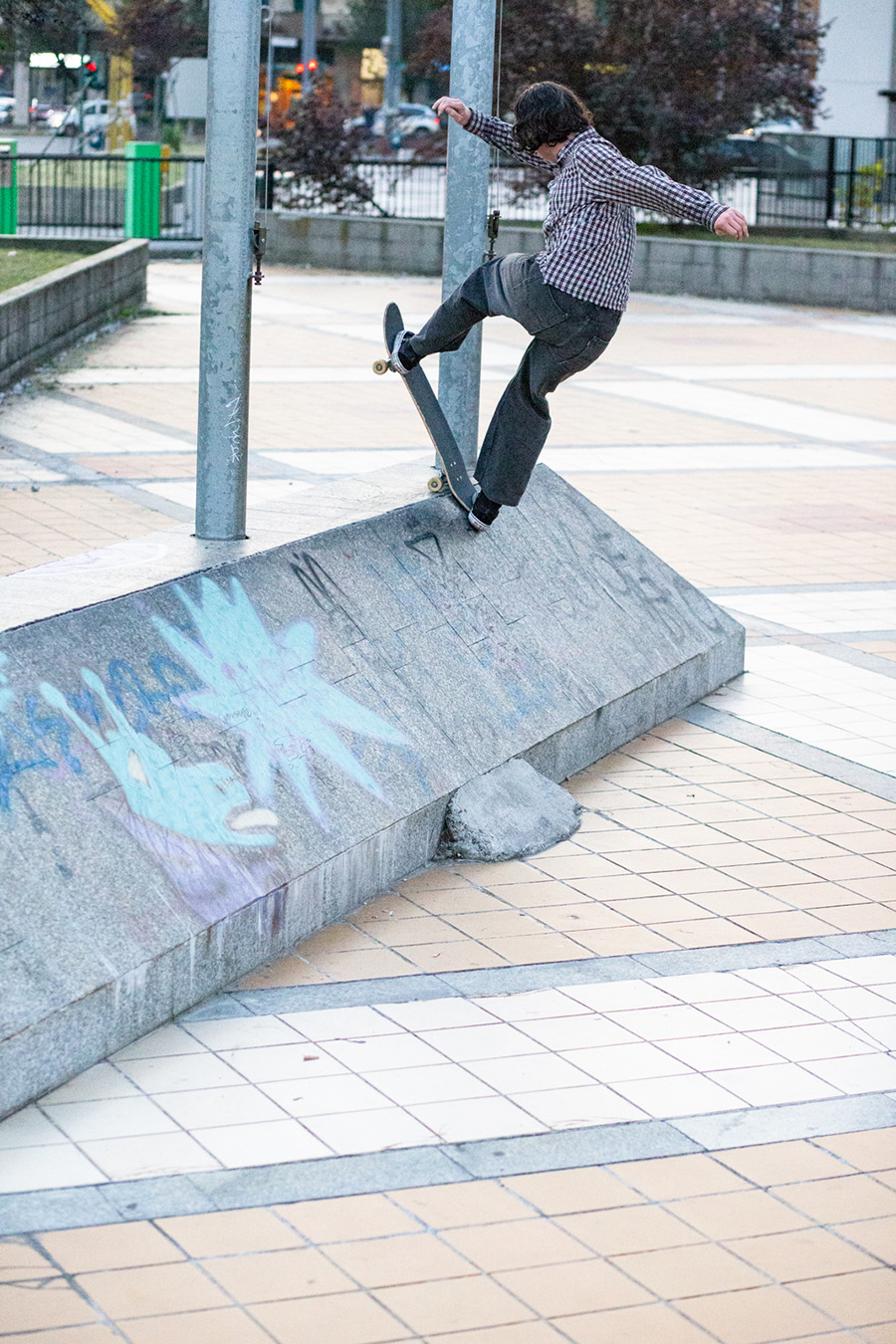 What are your plans for the next few months?
I’ll try to escape the cold winter trying to travel as much as I can with Cinquème Terrace, Levi’s and Octagon. I’m filming a part with Romain Batard that should be out soon.