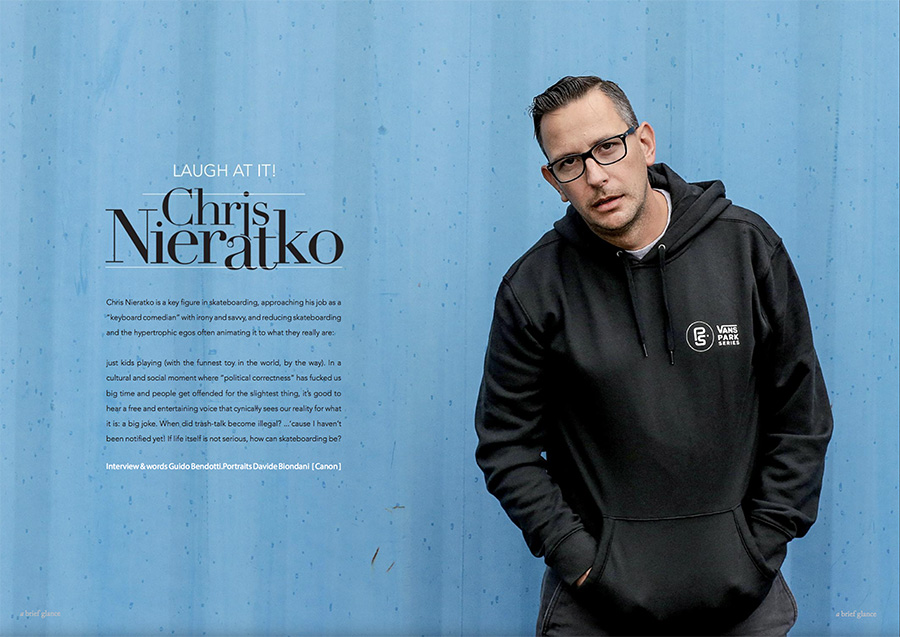 Chris Nieratko is a key figure in skateboarding, approaching his job as a “keyboard comedian” with irony and savvy, and reducing skateboarding and the hypertrophic egos often animating it to what they really are: just kids playing (with the funnest toy in the world, by the way). In a cultural and social moment where “political correctness” has fucked us big time and people get offended for the slightest thing, it’s good to hear a free and entertaining voice that cynically sees our reality for what it is: a big joke.When did trash-talk become illegal? …‘cause I haven’t been notified yet! If life itself is not serious, how can skateboarding be? 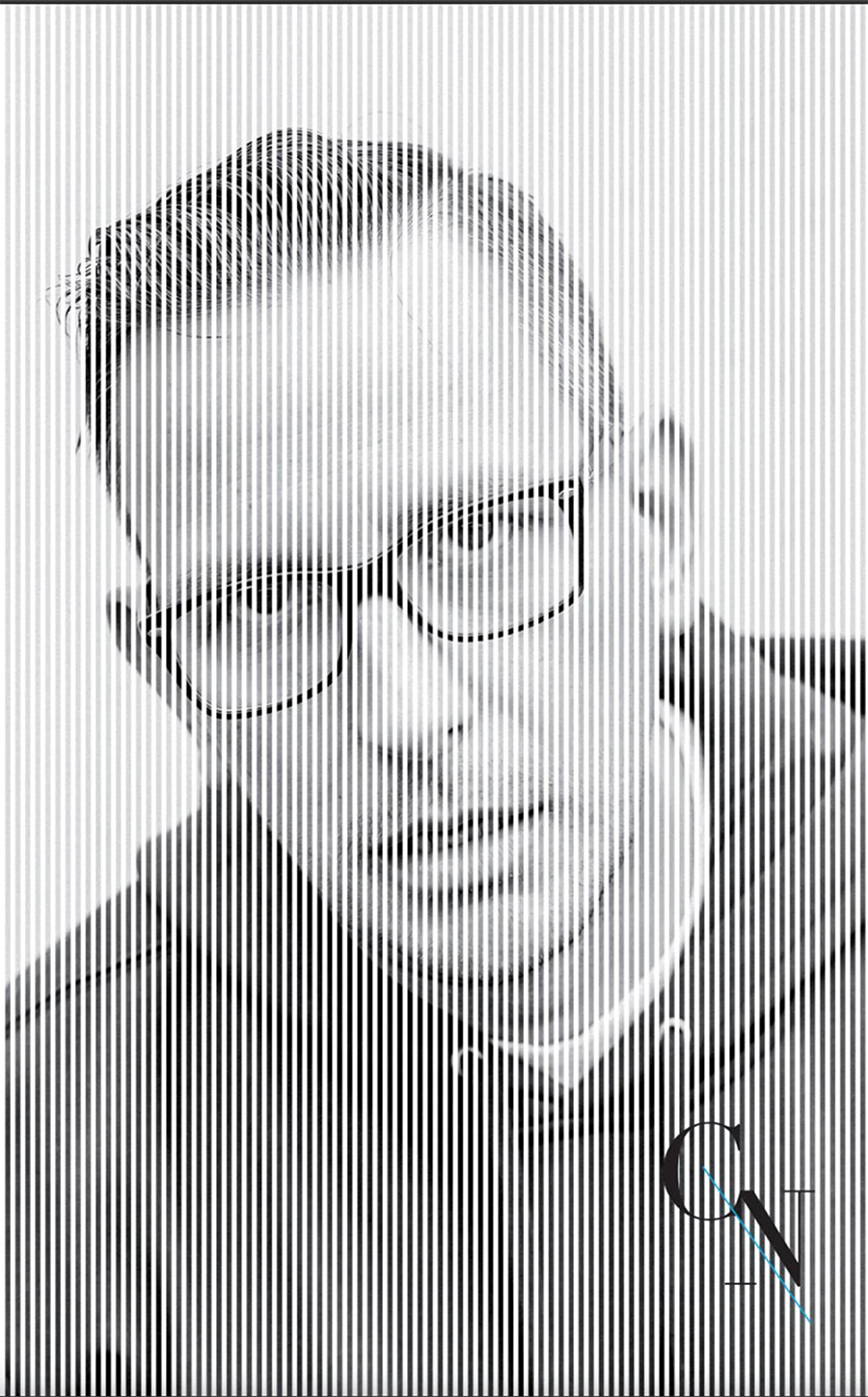 How are you Chris?

I’m moist at the moment. We’re in Malmo at the Vans Park Series 2018, it’s raining, I’m generally moist ‘cause I’m fat, so I’m sweaty in general. How are you?

Well… we’re kinda tired… we got up at 3 AM to catch the flight.

Could you please introduce yourself just in case somebody doesn’t know anything about your career.

My name is Chris Nieratko, I’ve been described as a journalist in skateboarding for the past 20 years, but I see myself more as a keyboard comedian. I don’t think of myself as a journalist, I was one of the former editors at Big Brother Magazine. I own, with my buddy, the NJ Skateshop in New Jersey, we’re celebrating the 15th anniversary right now. I’ve been doing the VANS skate social media for the past ten years. Now I’ve relocated myself from NJ to California, to be the Vans dark man, ha ha ha.

Well… pretty impressive. When did you decide to be a “skate journalist?”

What made you decide?

Who? Me? Well… back in the day I made a freestyle fanzine in Italy called… well.. we could translate it with “Aloner.” Well… embarassing.

Ha ha ha ha… good name… well.. I’m not a good writer, and have never been. I lucked out on it. I thought it was easy, I went to college to be an accountant, and I lasted 15 minutes, ha ha ha. I fell asleep in my accounting class, then woke up, stood up, immediately grabbed my books and left. My teacher was so boring… and as I stood up, he asked, “where are you going?”

I answered, ”if I end up like you, then this is not the job for me. I’ll be dead inside.” It was a terrible thing to say to someone, ha ha ha.

From there I took a bunch of writing classes and I reasonably wanted to write comic books, ‘cause I was a big comic book fan. I stopped reading comic books when I was around ten or eleven, when I picked up skateboarding, but I was always a fan. I took an internship in a comic book company in New York, it was owned by Motown Records, you know, the old school record company. They started a comic book line but then they moved to California, and couldn’t take me with them. So they gave me the phone number of this lady that was working for a Disney magazine… and so I got a job at Disney when I was 17.

I was working for their comic book department, and always skated to work. One day, this guy in charge of the sports department came in. He asked me, “do you wanna interview this guy that skates… the bird man, or bird guy or something?”“Tony Hawk??” I replied. “Yeah, that’s the name! “Thisis 1993, and Tony Hawk is not a household name yet. So I came up with a lot of fluff questions like, “what’s your favorite trick, or what’s your favorite skate park?” So I’d seen already, how little the guys were getting paid for comics, so I didn’t know whether I could live off this. This guy offers me to do a Tony Hawk interview, I do it, and a month later he comes back and hands me a check for 500 dollars.

I was 17 and it was more money than I’d ever seen in my entire life, but it had felt so easy. So I thought that interviewing people should be my new career! That was the deciding factor. After that I started working for Thrasher, and ultimately Big Brother. That’s how it started, by default.

Well.. you interviewed Hawk for the Nice Guys issue in Big Brother, with Andy Mac and Tony Hawk… I think there was a quote of yours that said: “Andy Mac is my new favorite skater.”

I don’t think I ever said that, unless I was making a joke! Ha ha ha!Maybe it was Dave Carney. Tony has a much better memory than I do, we can ask him ‘cause he probably remembers everything. I was doing a lot of drugs back then, so there’s a lot of things I don’t remember. 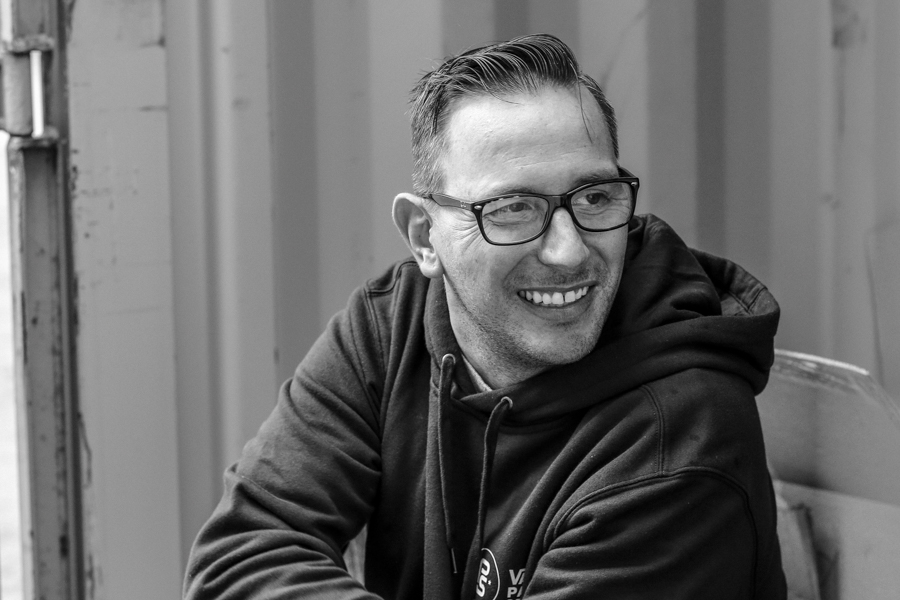 What’s the most outrageous thing you’ve ever thought up or done, but that never saw the light of day in Big Brother?

If you see the Big Brother documentary that came out last year, there is an interview that I filmed with Ronnie James Dio, where I almost got into a fist fight with him. That was supposed to be used in an episode of Jackass, and also in print for Big Brother magazine, but it never happened… those tapes got lost, or whatever. They found them 20 years later, and then the documentary came out. That would be the one thing that sticks out in my mind.

Do you think that there’s a lack of sense of humor right now in skateboarding?

I think that there’s a lack of sense of humor in society as a whole, not just in skateboarding. People are overly sensitive about everything, and easily offended. I come from a time and place where we sat, drank 40’s, made fun of each other, and made fun of everybody that walked by. Snapping on people, that’s what we called it. It toughened us up. It made us very self-deprecating, because if you can take a friend’s insults, you can take anything from anyone. And it was no-holds-barred with that. That’s how I live my life. I’ve been categorized as an asshole, because I tell things very bluntly… not like Donald Trump, who is truly an asshole. It’s just the way that I came up. I think that you still see it in skateboarding amongst crews, but when it comes to media, you don’t really see it. There are some interviews… like the guys at Jenkem who like to bust balls a little bit. Michael Burnett is doing really good interviews, he goes pretty deep with them. We could use more of it, because the world is so fucked and the only way to deal with the whole fucked up situation is to laugh in its face!

I agree. You’ve got a good sense of humor, but not everybody can take it. Did you ever receive negative vibes or death threats for something that you said or wrote?

There was a band called “Sublime” and the lead singer died over heroin overdose. They started a new group called “The Long Beach Dub Allstars.” I didn’t like either of the bands, and obviously I hate heroin, I’ve lost too many friends to heroin. So I’ve got zero tolerance for it. I asked the singer of the new band, and it was a cold question, I probably wouldn’t ask it now in my later life: “So, now that the Sublime singer is dead, who’s fuckin’ his wife?”

It was the first question of the interview. Some people would wait till the end to ask those questions, I would just start with them and let the thing crash and burn straight away and see how people would recover.

He lost his shit and there was a lot of yelling. They stopped the interview and told me to never go to Long Beach ever again, or they would kill me. It was a fuckin’ SKA band, how could you take it seriously?

Guess where I live right now? In the suburbs of Long Beach!! 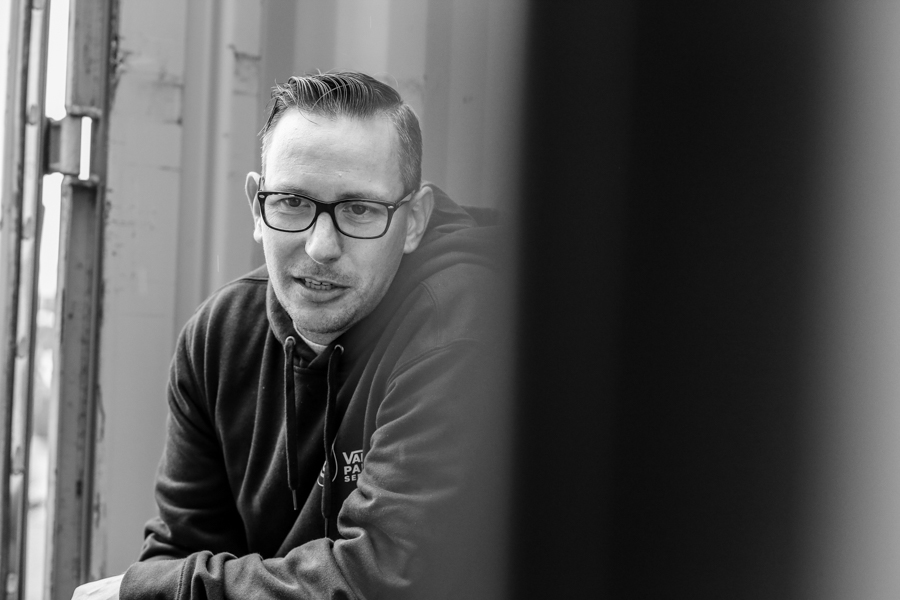 That’s brilliant!What do you think about the current state of skateboarding?

Whatever you were into when you were 13, it has just gone so far beyond, and the tricks being done right now are the raddest shit I’ve ever seen. If you can’t see it, there’s something wrong with you and you don’t love skateboarding. I had a guy come into my skateshop, an older guy, maybe 45 or so, and he was just moaning about everything in today’s skateboarding. I said, “you don’t love skateboarding, ‘cause it’s so fuckin’ cool right now.” I showed him the Kyle Walker kinked 50-50, and he was like, “no no, fuck that, fuck handrails,” and I said, “dude, I know it sounds insane but this kid’s trick right here, might be the most relatable trick in skateboarding. It’s insane, I know it sounds crazy, but it’s just a 50-50.”

You can learn to slappy 50-50 on a curb before you even learn how to ollie. It’s the first thing everybody learns, and he’s taking this very pure, initial moment in skateboarding, and taking it to the nth degree.People might argue that it’s absurd, but man, it’s a 50-50. He takes the most basic trick and fuckin’ blows it out!! You can’t love skateboarding if you don’t like progression.

I agree, and the 180 over the Dompierre gap was the same, the most basic trick pushed to the limits.

People like Kyle Walker, they see things differently than the rest of us. We were on a Thrasher trip in Oklahoma, and there was a triple kink on the side of a mall. It was three stories tall, but there was grass on one side. He was fully eyeing it up. I was there and it looked insane to me so I asked him, “What do you see that I don’t see?” He said, “The grass on the side, I can jump off at any time.” It’s mellow. That’s the different mentality: He sees the safety, I see the danger.And that’s a different and beautiful way of thinking for young kids.

You’ve seen a lot of skateboarding eras in your life. Back in the 80’s or 90’s, had you ever considered skateboarding as a possible Olympic sport?

There were always people who considered it a sport, and it was probably more jockish in the 80’s with all the contests. The reason why me and maybe my friends had not thought it could be in the Olympics, is because we never wanted it to be. My idea of what skateboarding is, is similar to the fuckin’ Hell’s Angels. It’s supposed to be unruly, it’s supposed to be unlawful, it’s supposed to be fuckin’ punk rock, and so the thought of wearing spandex and of being contained and put in a cage is disgusting to the 16 year-old me. But the 42 year-old me sees that it’s a great milestone for these kids right now. If these kids want it, then they should go out and get it. My opinion doesn’t matter, I don’t have to skate in it, I can dislike it, but I tell you what: I don’t have many friends that are not skateboarders. I only know skateboarders, so when one of our guys wins, that is one of our guys winning an Olympic medal. He’s gonna be one of us anyway. One of the guys that probably drank a beer with us or did some drugs with us, is gonna win the fucking gold medal! And we’re all gonna laugh about it!

Well… the worst thing is that we can’t make fun of snowboarders anymore!

Well, if skateboarding has no rules, why is there a rule that we shouldn’t be in the Olympics? If a kid wants do it, he should be allowed to do what he wants!