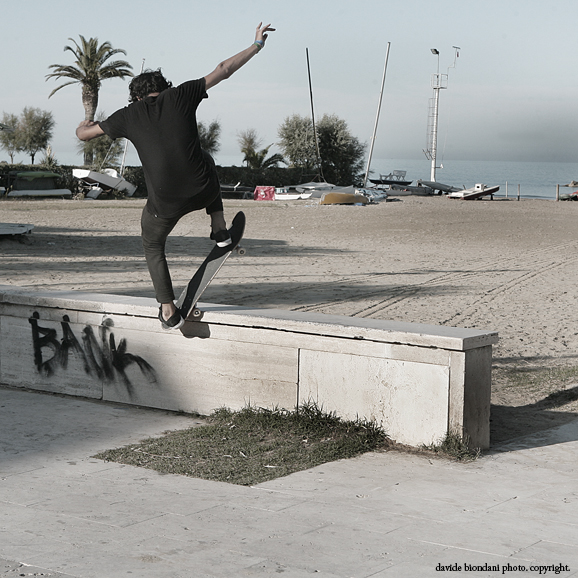 Jacopo is a young and talented skateboarder from Latina, a city not far Rome, he spent the last year skating around and filming for “Generation Waste” the new Murder Skateboards video. 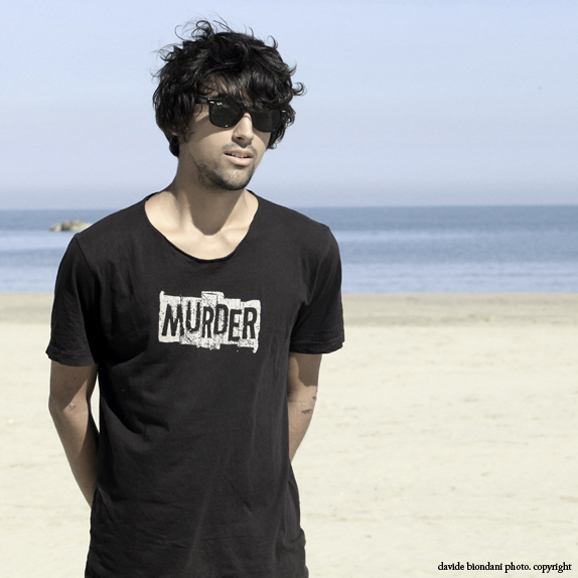 All good, it’s 5:00 am and I’m just back from a gig… guitars and synthesizers…I’m still sweating… ha ha ha.

What are you doing lately?

Skating traveling a lot, we are filming for the new Murder video… “Generation Waste”.

When did you start filming and where have you been?

We started last year, january 2011, so it’s been one year that we are working to this project… I think we are at a good point now. Since now we have filmed in California, Lyon, Barcelona and Italy. We are moving to Barca next month and probably also to Mallorca right after.

It doesn’t happen very often tot see a small company spending money in the making of a video, traveling so much as Murder is doing… It should be motivating to be part of a project like this…

Definitely motivating. The guys at Murder are putting a lot of energy and passion in what they do. I’m happy to ride for a company like this.

I have seen the teaser of the video, are you happy with the way the video is progressing?

Yes, I’m very happy with how the video is going. Sket (the filmier and video editor for Murder) is a genius. He is an artist, he always has good ideas and when you are out filming with him he never stand still…he is always down to go out filming, he shoots a lot of polaroids too… I like the way he works.

When should the video be out?

Don’t know exactly… I think next summer. I have heard you have a new shoe sponsor now! Yep, I’m on Vans now. I’m so hyped… my favorite skate shoes since ever!!!

You told me you would have moved to London…

Yes, I should have move up to London with some friends for a couple of months… but in never happened. I prefer to travel the more as I can now…

What about your new tattoo?

I’ve got it last night. Don’t you like tattoos? I tattooed a flying albatross with a cross on the chest with the word “journey”. The albatross of Charles Budelaire.

Cool. Ok Jacopo thanks for your time, take care mate.