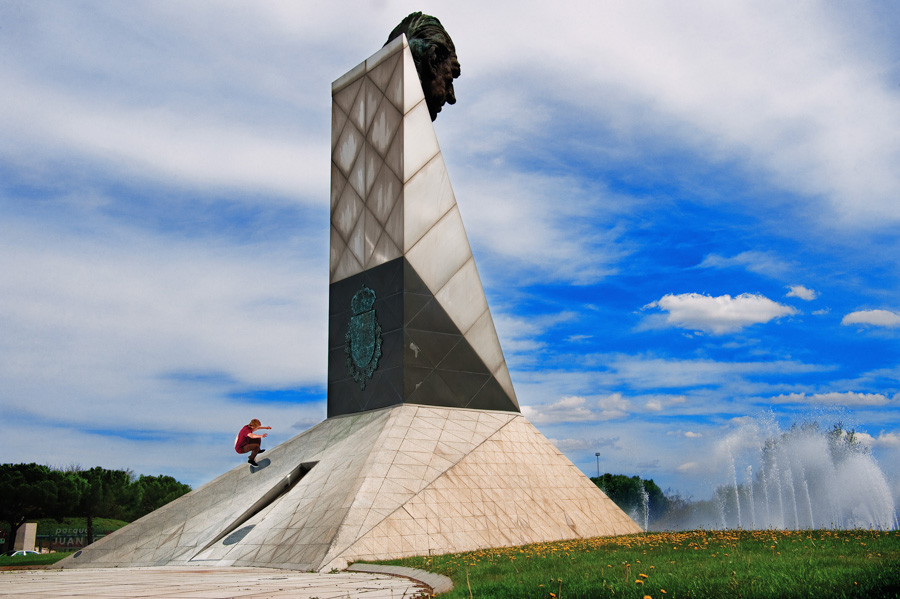 Now think about The National Geographic, it is the best of the best when we’re talking about photography and the documentation of life. Then think about one of the best photographers out there, who has contributed in divulging skateboarding in the most beautiful way, with great photos of the best pros in the strangest and fascinating places. Put them to work on a book project together and the result can only be great. Jonathan Mehring is a skateboarder and a photographer originally from Virginia and currently based in NYC who started publishing his photos on Slap Magazine and then became staff photographer for Skateboarder Magazine. From 2007 on he produced some of the finest and most interesting articles documenting skateboard tours to exotic locations like the 2 month long trip from Moscow to Beijing along the Trans-Siberian Railway, or the one across Vietnam on board old-school motorbikes, or another one to the Amazon…just to name a few. Skate The World contains all these amazing features with contributions from other photographers and is divided into different chapters dedicated to different regions of the world. When you mix top quality photographers and media, you end up with something that you can keep on your coffee table forever. Do yourself a favor and go get a copy of this book! 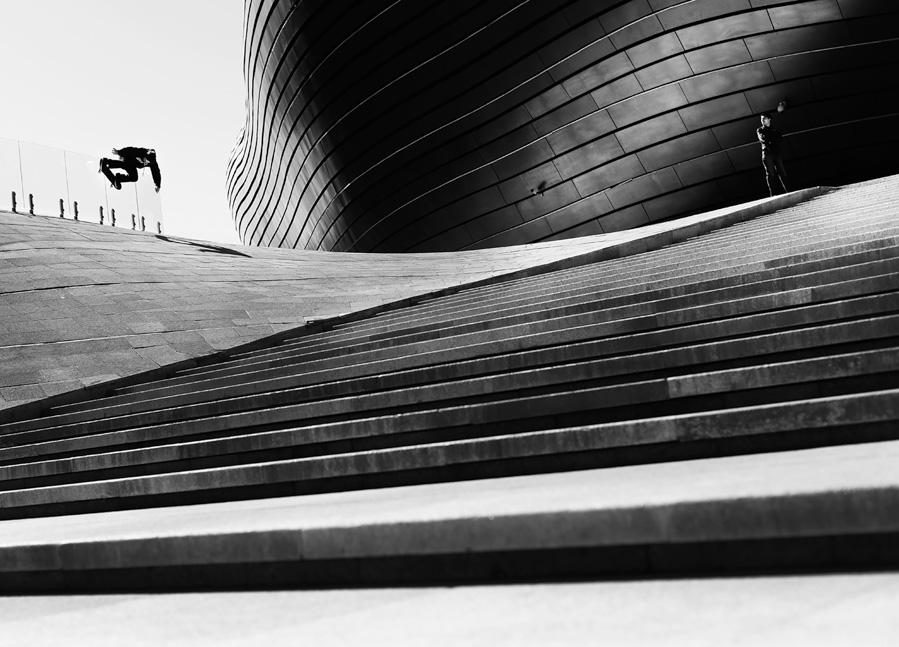 Hi Jonathan, how are you? How many interviews about the Skate The World book have you done so far? What’s the question you’re over with? Ha ha ha…

I’m doing great! National Geographic just published my book! I’ve done a few interviews for sure, but happy to do another one.

You are originally from Virginia, but have been living in NYC for many years. NYC has always had a strong skateboard scene, but in the 90’s and early 2000’s the main skateboard mags never gave it too much exposure; TWS’s A NY Minute was a solid window into the NY scene, but let’s say California was the main focus of every media back in the days. Nowadays, NYC seems to be (together with London) the most influential city in skateboarding… the epicenter of the underground scene everybody is looking at. How is living in NYC like in general, and what does the city have to offer to a skateboarding photographer? What is a plus of the city compared to every other place in the world?

Yeah, NYC is a great place to be right now in the skate world. It has a good energy and a feeling that skating is living and breathing around every corner. That being said it’s still rugged in some areas but there are more skaters in NYC now than ever before.

Do you remember the first skate photo you ever had published in a mag?

Of course! It was in Thrasher. Chris Cole doing a Benihana to fakie on a quarter pipe at an indoor skatepark contest. It was in the year 2000.

After so many years and thousands of images we see everyday, does it still happen that a skateboard photo really amazes you? When was the last time it happened? And how has your approach to skateboarding photography evolved over the years?

Ha ha ha, good question! Yeah, most of it doesn’t, but there are a few guys out there that keep surprising me and making incredible images that I’m not used to seeing. Lately I think The Skateboard Mag has been putting out really good content and on super nice paper. I’ve especially been enjoying seeing Arto’s photos and Jake Darwen’s too.

Shooting skateboarding is not so “safe”…the trick has to be landed, you risk getting kicked out, the rain, and so on…sometimes it can be a nightmare and really frustrating if you do it as a job. Have you ever thought, “I’m over it” ? And how do you feel about the age-gap with the younger skaters you shoot with?

There have definitely been times that I’ve been completely over it. I’ve been super psyched on it again lately though. I keep coming back to it because I really do love shooting skateboarding. As far as the age differences, it’s still fun. The new kids are cool for the most part, and while we’re not hanging out at the bar, it’s still rad to be around that young energy and see what gets them stoked. It’s different from hanging with my friends my own age, but I get along well with skaters of all ages so it’s not a big deal. 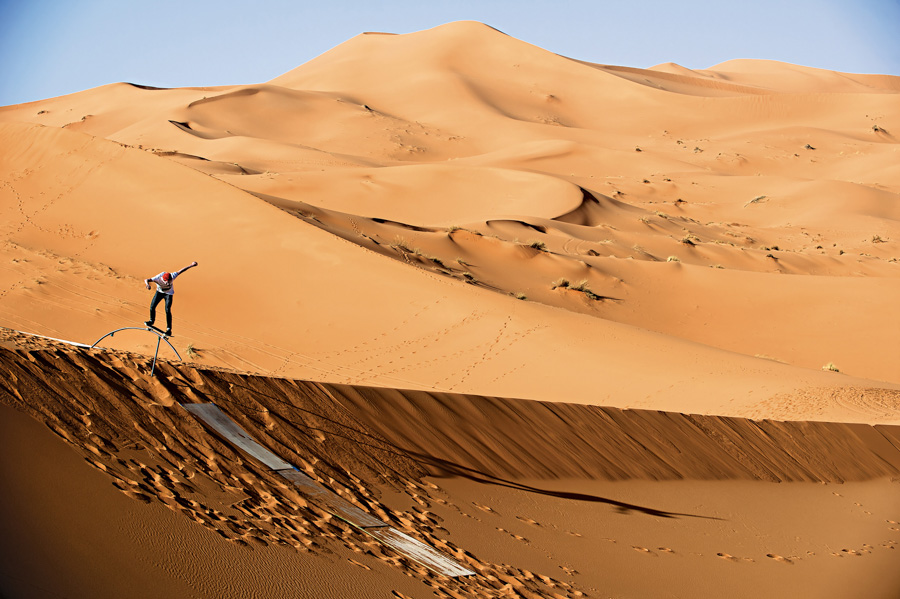 Having a book published by National Geographic is every photographer’s dream, how did this collaboration come about and how long did you work to complete it?

Yeah, it’s crazy. Growing up I never thought National Geographic would be a potential outlet, but it’s been a great fit so far. I had a chance conversation in 2008 at a Christmas party with a book editor who works there, Susan Hitchcock. I told her about some recent travels and she was super interested and said she thought I should come in for a meeting. I did and it went pretty well but the project wasn’t quite there yet. I kept in touch and finally after a lot of changes and content being produced, always with the book in the back of my head, it finally came to fruition last year.

Many of the photos published in the book were in different articles in Skateboarder Magazine, Deep in the Amazon, The Killing Season in Vietnam or The Trans Siberian Railway, just to name a few…each of these trips has without a doubt been a fantastic adventure, but if you had to choose “The One” among them all, which would it be and why? The Dark Side of the Moon article you shot on the Slickrock mountain in Utah is one of my top three favorite articles ever.

Shoot man, that’s tough. I’d say Vietnam or Trans Siberian were probably my favorites. The Slickrock one too. Those are top three for me.

In The Guru in the Ganges article, from which the cover of the book was taken, there is a photo of Nestor, Sebo, and Sean Malto sheltering from torrential rain in a cabin of sheet metal; that was also the place where you slept. The article is a blast and that photo says a lot about your trip…what was the whole adventure like? Judging from the photos it must have been amazing, one of the sickest…

It was epic! I actually planned on going to the Kumbh Mela months before. I built the skate aspect of the trip around it. Luckily we found spots too. Delhi was pretty good.

What was the most emotionally intense experience in all these trips around the world and what was the scariest moment?

I’d say for both questions the Vietnam trip. I’d never ridden a motorbike before and it was super scary and emotionally intense the entire time riding. Everything we had to deal with, from cows and chickens in the road to riding for four days in the rain, to crashing, to trying to skate after riding all day. It was insanely intense.

I’d say the last couple years have been pretty good. That or mid 90’s. It seems fresh. Kids are doing new things, thinking in different ways, and skating seems a little underground again. All that makes it feel fresh and good.

Is there something you miss about film photography? (nothing against digital photography on my part…even though I do miss some things from the golden oldie film days…ah ha ha).

I definitely miss the excitement of getting film back from the lab. Or working in the darkroom. That was always a cathartic experience. But I never used to have to pay for it.

Three skateboard photographers whose shots have always impressed you?

What were your feelings when Skateboarder Magazine stopped being published? (It was my all-time favorite mag, together with Slap, and it was a big loss for skateboarding) How do you see the future of printed magazines? Everybody wants printed mags but no one wants to buy them.

With Skateboarder I saw it coming. It was sad but there was no use dwelling on it. It had a good run. Print in general is having a tough time. I hope it holds on. I love magazines. I don’t know what the future holds though.

Is there something from back in the days that you miss in skateboarding that the new generations will never have the privilege of experiencing?

No. I think we all have our experiences individually and all the new kids will be having their own similar discoveries no matter when they get into it. You can’t repeat history.

If you could imagine a dream skateboard shooting session, how/where/with who would that be?

Having a book like Skate The World is a great achievement, and also an open door for a lot of new great opportunities, what’s in store for you over the next year?

I hope so. I have a lot of ideas, skate and otherwise. We’ll just have to see what happens.