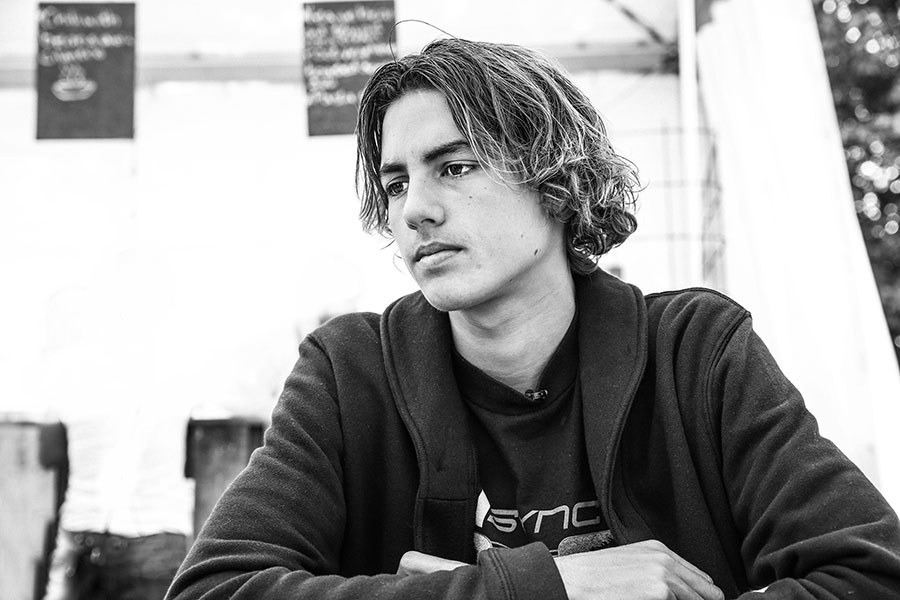 I’m good, I can’t skate ‘cause I landed with my foot on a stair…I don’t know if it’s dislocated or broken.

Yeah…I wanna skate this park, but I can’t.

I’m sorry for you Curren. Well, so you have more time for this interview, hahaha!

Can we skip the “California kid” question? You were born in Ohio, can you imagine what your life would be like if you had been raised in Ohio?

I really can’t imagine it, maybe if I had been raised in Ohio I’d be playing baseball right now. I played in the “minor league” when I was younger. Well, I think that at some point or another I would have started skating. My parents didn’t put me on a skateboard, I chose to skateboard. So it doesn’t really matter where you live, maybe you’ll start skateboarding anyway. But who knows?

Your father is a surfer. Were your parents supportive of your passion for skateboarding?

Well, my father is a pro surfer, they’re very supportive for sure. They drive me to the skateparks all over California, take me to all the contests and stuff like that… very supportive.

You got your very first coverage during those years: you had a picture in Thrasher in the Something Else column.

Yeah, I was like 7 years old, I was riding for Termite (a company that during the late 90s and early 2000s supported really small kids…they made a couple videos too, search for them), they shot the photo in the Volcom park during the Damn AM contest. I was doing fs airs on that big vert ramp.

Were you skating in the contest?

Well, I don’t remember. Actually, I was skating during practice for sure.

I know you surf too, and I know that surfing is a big influence on the way you skate. Do you think that surfing is your outlet or escape from skateboarding when things get too hectic?

For sure, I see it the same way. There are definitely times when I have nothing to do, but I don’t wanna go home, so surfing definitely helps me not to get bored. When I’m surfing, I’m not worried about anything, I just charge the waves and have fun and relax. So, yes, it’s my escape! No pressure at all, just fun.

Do you think you can be a pro surfer someday?

You started skateboarding at a really young age, and you’ve been sponsored pretty much all your life.

Well, my dad owns a skateshop, but my first real sponsor was Hurley clothing, then Termite skateboards.

So you’ve never payed for a skateboard!

Not really, aahahahahah, I mean, I’ve bought something when I needed it, but basically I’ve always been sponsored…lots of free stuff pretty much all my life.

Lucky you, eheheh. You’ve been riding for Flip forever! 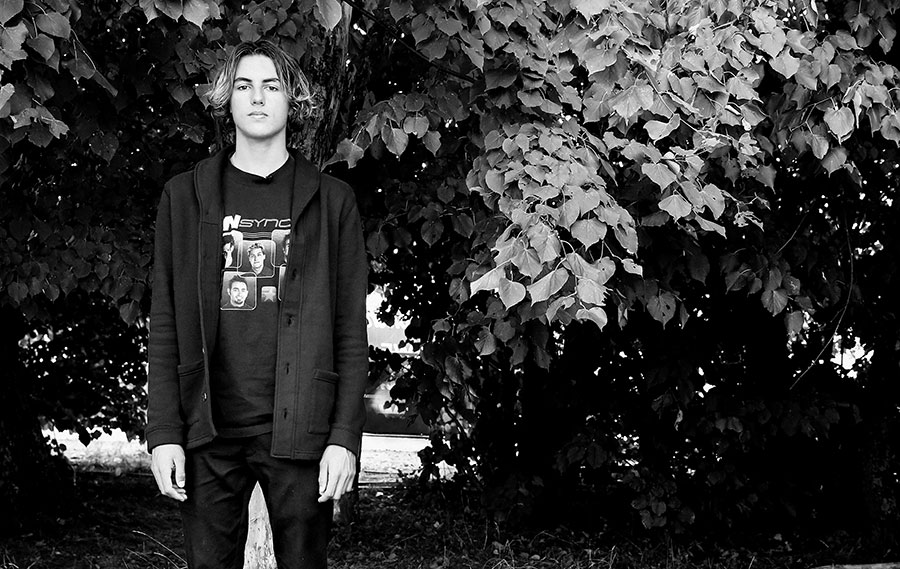 Do you remember your first trips with the Flip guys?

You grew up faster, hehehe.

Yeah, hahaha, I mean, from that young I knew that I was never gonna be a partier. I was new to those things, but I already knew that that’s not my way. It was a big learning experience to be around skateboarding when I was so young.

You said that Geoff Rowley is one of your big inspirations in skateboarding. What’s going on with Flip now that he quit?

It’s still the same company, I mean, Geoff has been doing his own thing for a long time, he wasn’t going on trips anymore, so basically to me nothing has changed. I saw him every now and then over the last years, so, to me, nothing has changed. But definitely, Geoff is a big part of Flip skateboards, so it’s kind of a bummer, and I know he wants to start his own thing, so I’m happy for him.

You skate a lot of contests, and I really like the way your skating is different from all the others skaters.

I don’t plan out the tricks I wanna do, I’m not the type of skater that wants to grind longer and louder than everyone, or somebody who tries to get more air than everybody else. Probably I’m more laid back, I don’t plan my runs, I just drop in and see what happens. I don’t’ wanna change my style just for one contest. Since I was a kid, I’ve really liked tweaking out airs and putting some style into the tricks. I’ve never learned the 540, everybody can do it. I mean, I like it, I wanna learn it, I know I can do it but I don’t wanna change the way I skate for a contest. I skate the way I skate and maybe it works.

Well, in my opinion it works! Do you think you’ve expressed your maximum potential in skateboarding?

I wouldn’t say that I’ve skated to the top level of my potential. I’ve learned a lot of stuff growing up in skateboarding, but I don’t skate that much when I’m at home, so it’s hard to progress ‘cause I travel so much, and when I’m at home I just wanna chill a bit. It’s hard, ‘cause when I was a kid, I used to learn a ton of tricks all the time, ‘cause all I was doing was skating! It’s kinda hard when you start traveling, you don’t really progress that much. These years have been pretty crazy for me, with a lot of traveling… but after all these trips, I’m gonna go back home and focus on skateboarding, I’ll try to progress and learn new things, try to be more professional.

What do you think about the Olympics? I think it’s gonna be good!

Strong point of view. Are there any tricks that you “can’t” do?

There’s a lot of tricks, but basically my switch flip sucks, hahahahaha!

Yeah, it’s my biggest enemy, hahaha. I can do it but I don’t like it. I started trying it when I was like 16, and I still have a mental block. I can’t flick my foot the right way.

Style is a way to express yourself in skateboarding, and you have a natural style. What do you think about people that try to skate with a “fake” style.

There are a lot of skaters that do little things while skating that are forced!! I don’t like it at all. I never try to do that. When you start skating, you copy a lot of things from the other skaters, but I try to express myself every time I skate.

Talking about style…if you had to design a shoe for Vans, how would it be?

I don’t really know. I mean, I skate the thinnest shoes I can find, I’d have to sit down and try to design it, but it’s pretty tough! Maybe I’ll try to make it a little more fashionable…or try to find a compromise between price and quality. But it’s not gonna happen anytime soon, so it’s not a problem, hahaha.

You’re very loyal to your sponsors, and that’s something I really appreciate.

I want to be comfortable with the people I’m gonna travel with, so money is not a big thing for me. I have to be happy to skate for somebody. I used to ride for Redbull, and I rode for them just because the team manager was a friend of my father’s. I got on Redbull and then he left, so I just quit. I was riding for them just because of him.

Your Propeller video part was dope, big stuff with a clean style. But I’ve heard that you’re not satisfied.

Well, I don’t know, but Propeller was kinda weird. I’m stoked to be part of it, ‘cause they told me that I wasn’t gonna be in the video or have a part at all, so I’m definitely psyched to have a part in Propeller, but I had a lot more footage that was really useable for it, but that didn’t get used. I’m stoked anyway. Right now I’m working on this Push project for the Berrics. After that I want to film some stuff for a video part. Take my time and not have a deadline. I wanna see what’s gonna happen by doing my own thing.

If you had to choose just one thing to skate, something that really makes you happy, just for your satisfaction, what would it be?

I like to skate really long rails, and when I find them I’m really stoked to skate them.

That’s surprising, I thought that you’d choose a miniramp!

I don’t like miniramps at all! I have a miniramp in my backyard, but it has a little corner, so it doesn’t feel like a miniramp. I don’t like to go back and forth. So no miniramps for me, hahahaha.

Can you skate in shorts?