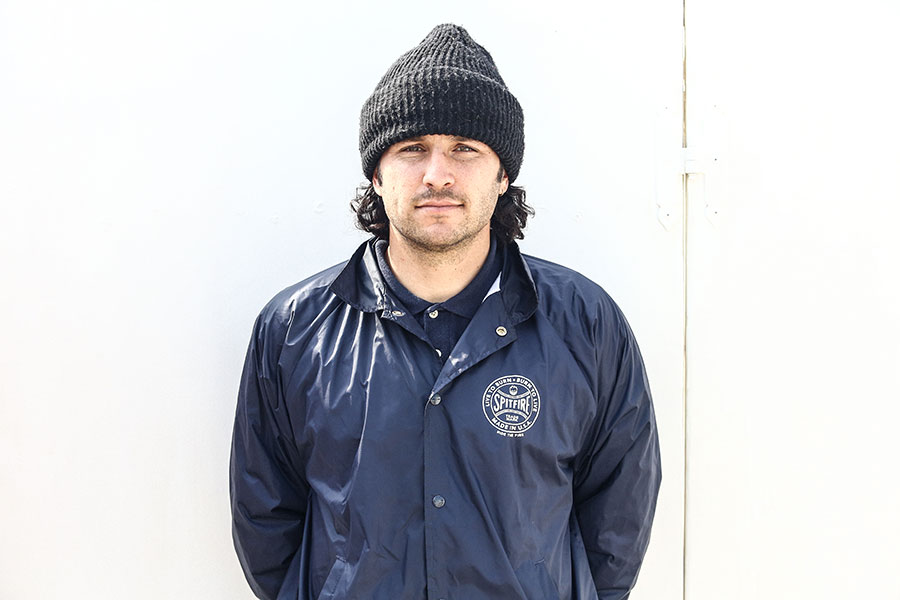 Definitely a little bit different. S. Luis Capistrano is a beach town, a little slower but pretty much the same except for the traffic. But it’s way better for skateboarding, altough it’s hard to swim or surf in the ocean.

You were born and raised in California, surfing and skateboarding were always around you.

Growing up in Southern California, I’ve had skateboards as long as I can remember, you know? Going surfing or skateboarding is simply stuff you did there. When you can’t surf, you can skateboard. I saw older people around me skating, and after a while I put more time into skateboarding, and saw it as something that I could put my energy into. Growing up around there, I had people that helped me, you know getting in contact with companies and stuff. A friend of mine from high school was filming for 411 Video Magazine, so I was able to have some tricks in their videos. Then he started shooting photos for Thrasher, so I got some photos in the magazine as well.

You grew up in the city next to Ryan Sheckler’s town?

Did he find a chill girl?

And when will we see The Life of Andrew Allen on TV?

How did you end up on Antihero?

It’s more a NoR Cal company… I don’t know how it happened, just for the way I skate I guess. Originally I was getting some wheels from Spitfire and my good friend Van was skating for Krooked.

Yeah, him. So I sent them a video, and was expecting some Krooked boards, but I received Antihero boards, and I was like, “oh, that’s cool, maybe it’s all they have right now!”. And then they asked me to ride for Antihero, and it was ok for me.

We all love Antihero, but in your opinion, why is it so widely accepted as a great company?

I think people just respect Julien, John, and Tony, and the way they represent the company. Like, “We are doin’ whatever we want!” and at the same time they have some of the best skaters in the world. When you’re in the van with them, do you get anxious thinking about the fact that you’re pro for John Cardiel and skating with him? Oh yeah, all the time! A lot of times I’m thinking, “Why am I in the car with these legends?!” This is crazy, but I feel proud to skate for them.

It looks like there’s two different skateboarding worlds out there. You’ve got the Antihero world, and you’ve got the Street League world, how can they both survive and progress side by side?

Both must coexist side by side. That’s how it kind of works. Maybe if it wasn’t for energy drink sponsors or Street League, some other “core” companies wouldn’t exist and do their own thing. I respect all types of skating. 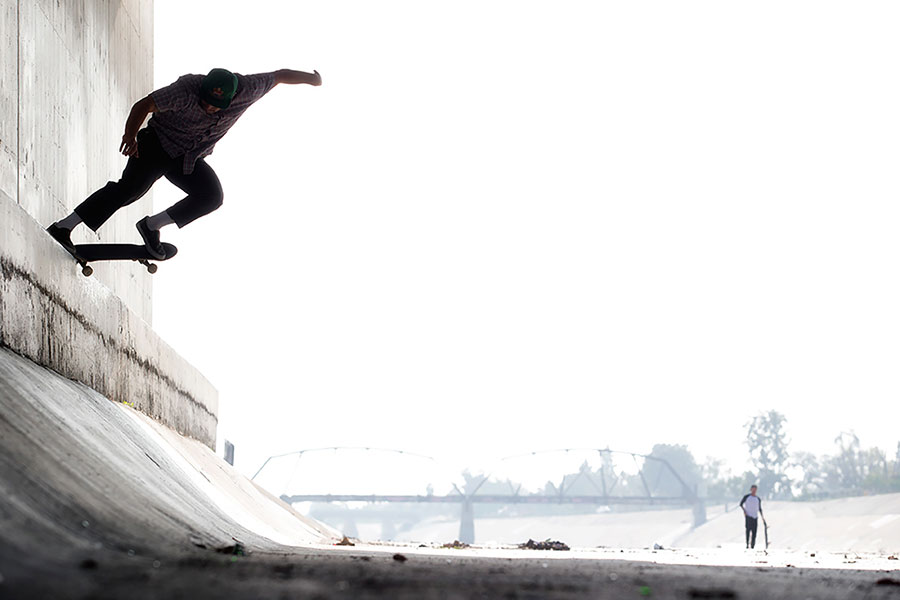 The Vans video just dropped, and it took 5 years to finish. Which is your oldest clip, and which is the latest?

The oldest one I think is the switch bigspin flip down the double set, and the last one… maybe the noseblunt tailgrab pop over on the ledge. It was hard to choose the tricks for my video part, because I’m really critical with my footage, and I just want the best stuff in there, but I’m really happy with the final result. Greg did a great job, even though I was out for some time due to injuries.

You had ankle surgery during the filming?

Yeah, it took me some time to feel better, and after that my other foot was getting worse. I had a carpal tunnel syndrome, and I couldn’t feel anything under my foot. I couldn’t feel my board at all for the last year of filming. I tried to skate, but it felt terrible for a long time.

You’re a pro skater and you make a living from skateboarding, but we know it’s hard to live from skateboarding. Is there something that you won’t do for money, sponsors, commercials, and stuff like that… mainstream stuff? Where do you draw the line and say, “This is my limit”?

You know, I don’t like to be at the center of attention, so the limit is pretty tight. I don’t like putting myself out there. All my favorite skaters and the people I admire are more like loser characters, they don’t put that much stuff out. To me this is the right mentality: less is more. If I learn a new trick I don’t wanna film it at the skatepark and show it around. I’m more low profile.

Antihero and Vans had totally different approaches in terms of filming and editing stuff. What do you feel more comfortable with?

When I wanna film a trick, I have spots in mind, I get up early, do my routine in the morning and then I’m ready. I drive to the spots with the filmer and film the trick. So yeah, more Vans-style. More organized. It works the best for me. But at the same time I had some tricks filmed without a plan, waking up late totally hungover, thinking, “There’s no way I can do anything today”, and next thing you know I land something I didn’t think was possible to me. So you never know what’s gonna happen. But basically I’m an organized person, and I like super organized missions.

What gets you amped to skate?

I don’t know. When I was at the Vans video premiere in Los Angeles, after seeing all the videoparts I was so excited that I just wanted to grab a board and start skating around. Even though I was there with my girlfriend and my mom, I just wanted to skate right there. So… I think skateboarding makes me wanna skate!

You’ve travelled all around the world for skateboarding. Tell us one of the craziest places you’ve been or experiences you’ve had?

Mmmm… there’s a lot of stories, but I remember an Antihero trip to Cuba in 2008. Maybe that’s the most memorable trip, just because as Americans we had to sneak past the border. It was crazy to see how that country works, and even though there isn’t supposed to be one, there’s a small skateboard community that struggles to survive. We heard that some guy from Germany sends them decks and stuff, but the government checks everything that is sent to the island, so it takes forever for the guys to get their stuff. When we were there we brought some product to donate to the kids, so they can skate… so maybe that to me is the most memorable trip.

The Vans video is over, and so is the Antihero video, so now you can chill!

You know what? I’m skating more than ever, and filming with a friend in LA. I have tours and stuff, and I just keep skating. That’s what I really wanna do… just skate and get better!

Check the full article about the Vans Propeller video on abg issue_31.