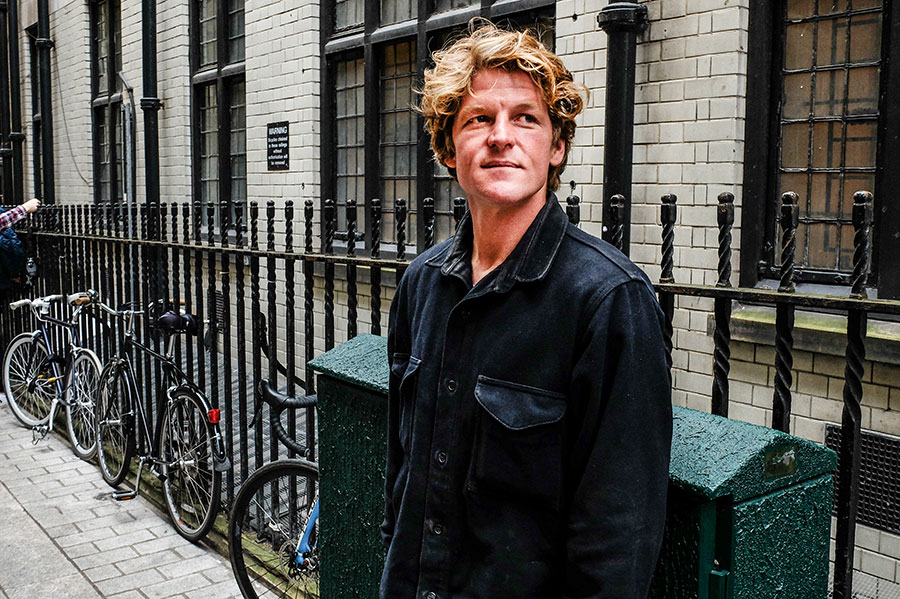 Hi Dennis, how are you? You were in LA the other day, yesterday in NYC, today in London, and tomorrow you’ll fly to Tokyo… sound pretty crazy and tiring.
Ha ha ha yes, kind of, I’m good. The jet leg’s always crazy, but I’m all right.

Are you happy with your Away Days part?
Yeah, it came together nicely, they make a great job polishing the turds ha ha ha.

Have you traveled a lot for this video part? Where have you been?
We travelled a lot for this video, more than I’ve ever had for all the other videos, wherever you can think about to go skate, we’ve been. It’s pretty intense… Barcellona, London, Europe, Korea, Taiwan, China .. a lot of places … pretty much everywhere.

What place did you like the most?
Sounds classic..but I’d say Barcellona is always a blast. It’s always perfect. But, I mean, every place has something unique, some aspect that you can’t find anywhere else.

When you are out filming are you more motivated to skate the spots you already know or when you travel and find something new?
I don’t know where motivation come from, it depends on a lot of things. 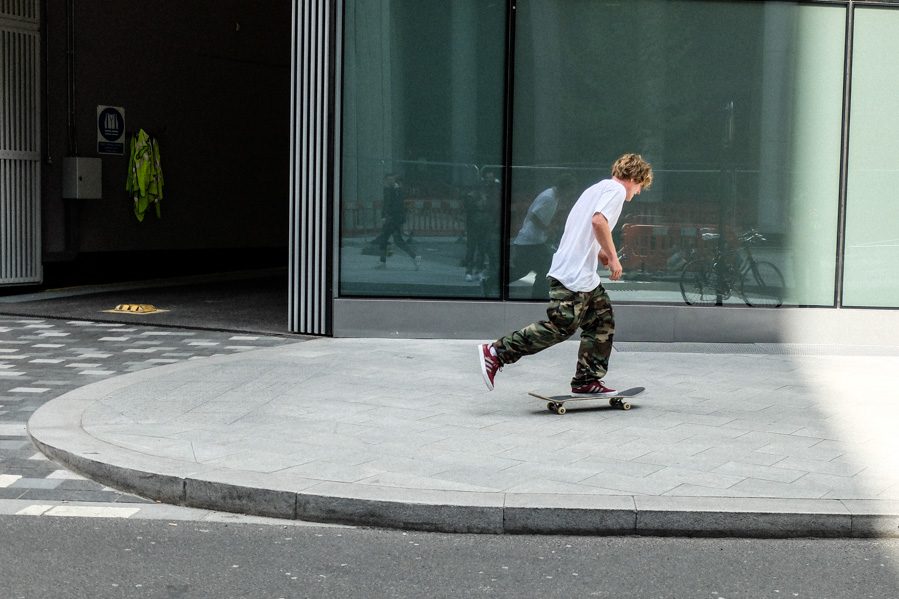 What if your kids want to be pro skaters?
Ha ha ha whatever they wanna do…ha ha ha. it’s seems it’s really hard to come up as pro skater, so I don’t know . Maybe they’ll became lawyers… it would be easier ha ha ha.

How can you stay always so motivated to skate, film videoparts, travel the world after all these years. It looks like you always enjoy skateboarding as a kid…
I don’t know, I just think that skateboarding is part of life, you must keep going and do things, you know what I mean, skateboarding is humbling, just when you think that you got, probably you’re gonna eat shit ha ha ha, concrete is hard ha ha.

With your speed, concrete is even harder!
Ha ha ha yeah, kind of.

How can you skate so fast. It looks that you never loose speed between tricks! What’s the secret?
It’s the inertia.. you know inertia?

Yes, it usually works against me!
Ha ha ha… 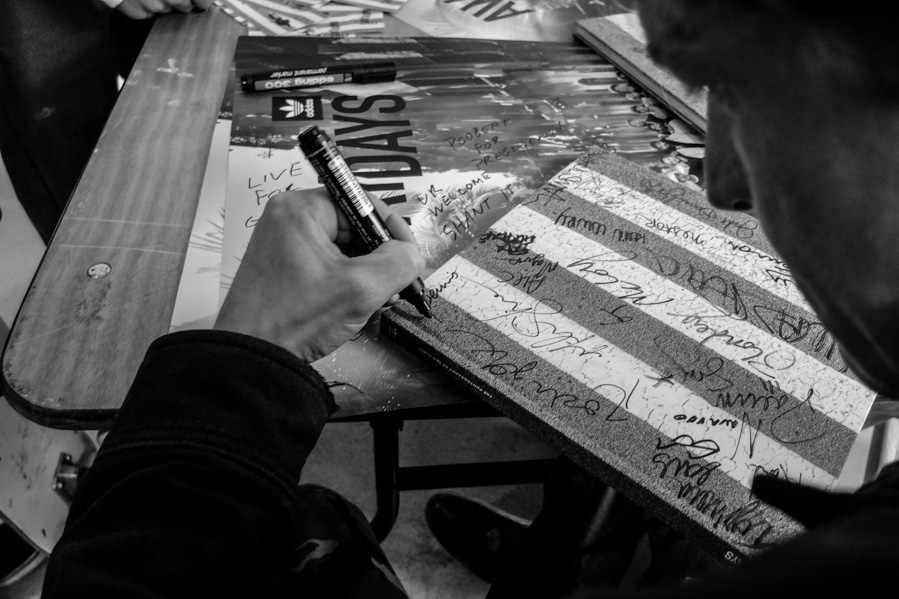 I know it’s embarrassing.. but the SOTY questions is always open …
Ha ha ha people tells me all the time that is possible, people talk about it and everything. It feels weird when I think about it, I make jokes about it.. GONE FOR IT !!! ha ha ha. It’s up to Phelps ha ha. I’m just trying to skate. It can be an honor to be the SOTY, but I just skate. If it happens that’s cool..if not I’m skating anyway ha ha.

It seems that you’re pretty loyal to your sponsors.
I don’t’ have reason to not to be . They take great care of me, they make me happy. I’ve good relationship with all my sponsors so I don’t see the need to rock the boat.

Everybody loves the Gonz, and you’ve traveled and skate with him a lot .. how’s Mark Gonzales in real life?
Mmm he’s very talented like, and he’s just a big part of skateboarding! He just want to have fun, do whatever he wants like a very free spirit and I’m really envy for that.

Marc Johnson and Daewon are on adidas right now ! it’s a surprire for you?
Yes. They told me like two weeks ago! 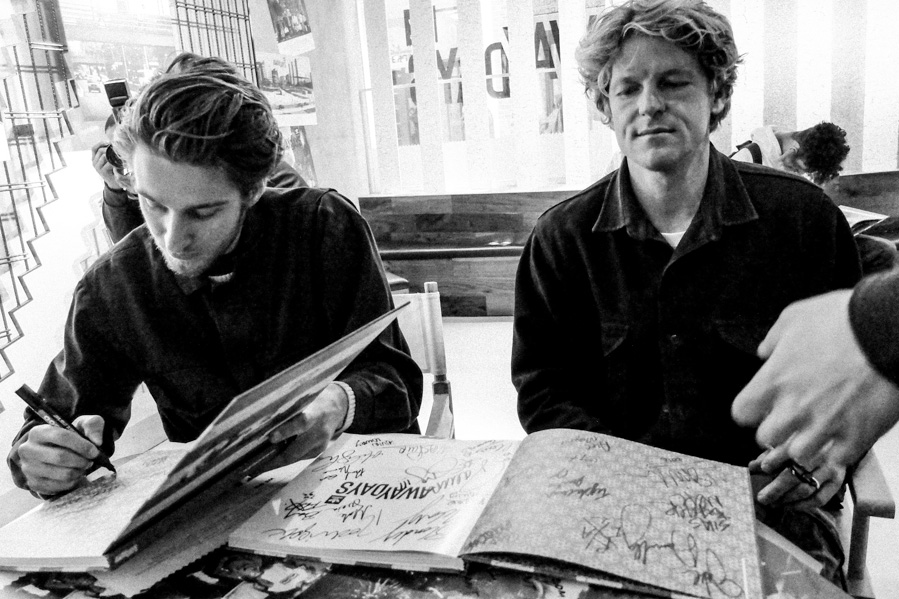 The team have to vote for them? Ha ha ha.
Ha ha ha.. c’mon they are Marc Johnson and Daewon!!  It’s cool how they managed the situation… it was pretty hard to keep it secret. It’s funny, when you’ll see the video, there’s a part where we skate together, a little introductions in the video. We went everywhere in LA, schoolyards and stuff, kids were chilling there and we keep move to isolated spots, but they’ve seen us. So we had to ask them to don’t post stuff or talk to nobody… it’s pretty unreal but it worked out!

Good.. another dumb question … don’t you feel the pressure to be “the skater’s skater!”
Yes, sometimes it wears me out, I feel the pressure .. but I just wanna do what I wanna do , no matter what. Maybe they have a wrong idea on what I’m ha ha ha.