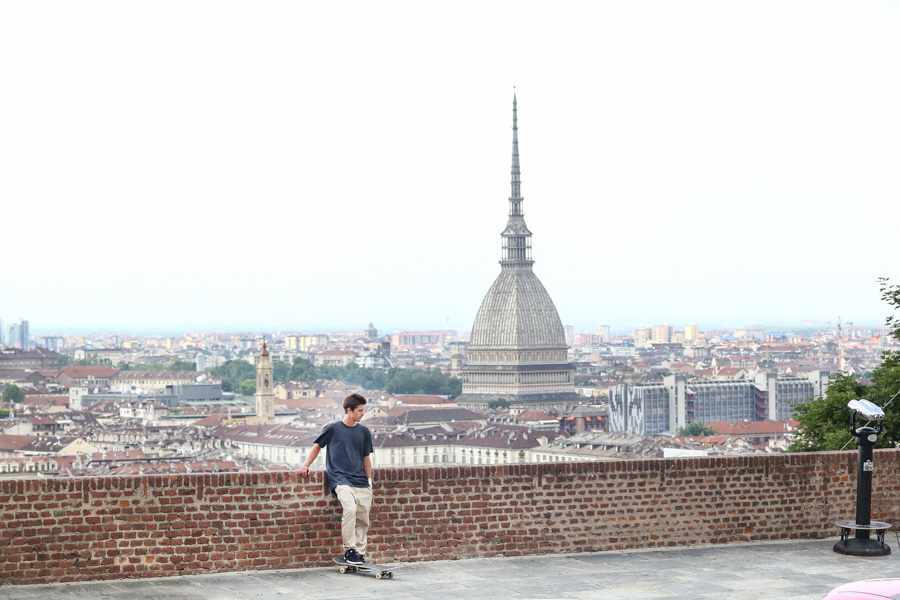 After his interview on a brief glance issue #36 Jacopo Cervelli has a new video part of for DC Shoes filmed and edited by Federico Incarbone.

Hi Jacopo, introduce yourself for those that do not know you.

Hi, my name is Jacopo Cervelli, I’m 23 years old and was born and raised in Turin, Italy.

How long have you been skating for, and how did you start?

I’ve been skating for quite a while, in September it’ll be 10 years. I’ve always liked sports ever since I was a little kid, not that I think skateboarding is a sport, it’s more like a way of life, a way of thinking. I live in Serravalle, a small town that probably has more shops than people, and one day I saw a complete setup. I bought it that same day and started pushing in the countryside near my house. I was catapulted into a whole new world altogether.

Turin is one of the first cities in Italy where skateboarding appeared back in the 70s… and where in the 80’s one of the first companies in Europe to produce its own decks was also born, called Graw Skateboards. You’re part of the newest generation of Turin skaters, what do you know about the history of your city’s scene?

Actually, I’m not part of the newest generation any longer, I’m almost twice as old as the newest kids… ha ha ha. What I do know about the Turin scene is thanks to older skaters like Mario Marinelli, Marco Mina, and Mattia Rossanino who held skate lessons. I owe them a lot both as a person and as a skater. For me, Mario was like a pro. Together with Fabio Palombino, they are part of the second generation of Turin skaters that kept skateboarding alive, and despite this, today most of the younger skaters know very little about them, as is the case with Graw Skateboards, and Turin’s pioneers. 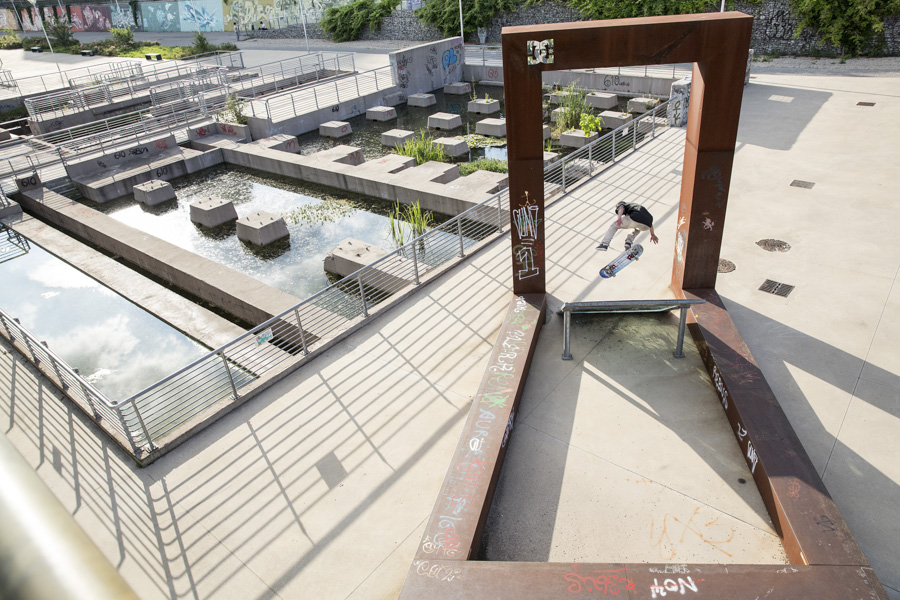 Turin is a city of great elegance with a very important history, it once was the Italian industrial city par excellence, and even a little “grey.” Lately it has definitely become a new city…

For many aspects I consider it the most livable city in Italy. Its mentality has always remained closed towards skateboarding, even though now everybody wears skate clothing. The problem is that what we do is not valued at all. But for the main part I don’t mind living here.

What’s the skate scene like? Over the last two years it really seems like it’s come alive and full of new energy… new good skaters… a good movement. How much did having a skate plaza like Valdo Fusi to skate every day influence you?

Skating in this city makes you tough, both for its rough spots as for its bitchy people and chavs. At times we end up in fights, especially with the latter. Yes, over the last few years many new kids have popped up that are really good, but they are capricious and don’t have much respect for the older dudes, and no respect for other skaters in general. The scene is not united, but maybe that’s exactly what pushes everybody to skate harder. The building of the “plaza” in Valdo Fusi marked the splitting of the scene in Turin, and the birth of a new and important meeting place for us. However, the skaters are no longer united.

Last year you were welcomed to the DC team, how did that happen and how’s it going?

I was on the Fallen team, which is managed by the same distributor, so I asked the TM Danny if I could be part of the DC team, and after a year it finally happened. I’m really happy to represent this company in Italy and to be on a team with incredible skaters that are also very serious and professional people. I still have lots to learn, and I’m just psyched about the whole situation. 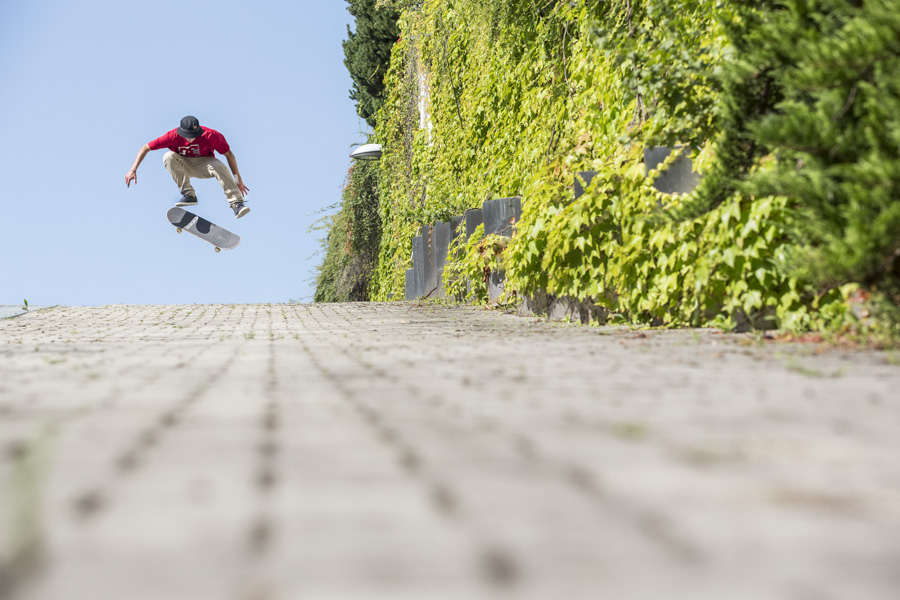 What do you think about the fact that before, kids were out on the street, while now they are at home in front of Facebook? What’s your relationship with social networks?

I think there is something wrong, nowadays the new generations live on social networks and construct identities that are not coherent with who they are, they all look retarded. I cannot say that I don’t use my mobile, but I’m not dependent on it except maybe to call my girlfriend. I use social networks mainly to post things inherent to skateboarding. I’m not looking for popularity or things of the sort, but it makes me happy when my friends visualize, like, or comment my posts.

What do you think about the fast pace at which we live today, and of how quickly something becomes old?

Regarding skateboarding, nowadays it’s a constant media bombardment. Every day, every minute, new videos are coming out and you don’t even have time to realize what you’re watching. There is nothing left, everything comes and goes. Nothing can match the old 411 videos.

What’s your dream as a skateboarder?

As a kid growing up, I dreamed of becoming a professional skateboarder, but as time went by, I came back down to reality. I think it is wrong to set limits for oneself, but for the things I’ve been through, honestly I’m content just being able to skate every day. It is difficult for many people to do so, and having an excellent sponsor that allows me not to spend any money to travel is a good motivating factor. With DC I realized that there might be a chance, maybe not of turning pro, but of being able to stay in the scene for a long time, and who knows, maybe one day even find a job in the skateboard world. It is necessary to give it your all, giving blood and making many sacrifices in order to reach a goal.

What about outside of skateboarding?

I don’t think I have a dream outside of skateboarding. I didn’t even finish high school. Bullshit apart, I think life gives us many possibilities to change for the better or make money, all you need to do is make the right decisions and bust your ass the right amount. Let’s go back to the last question and let me add that I would like to stay in the skateboard scene for the rest of my life. 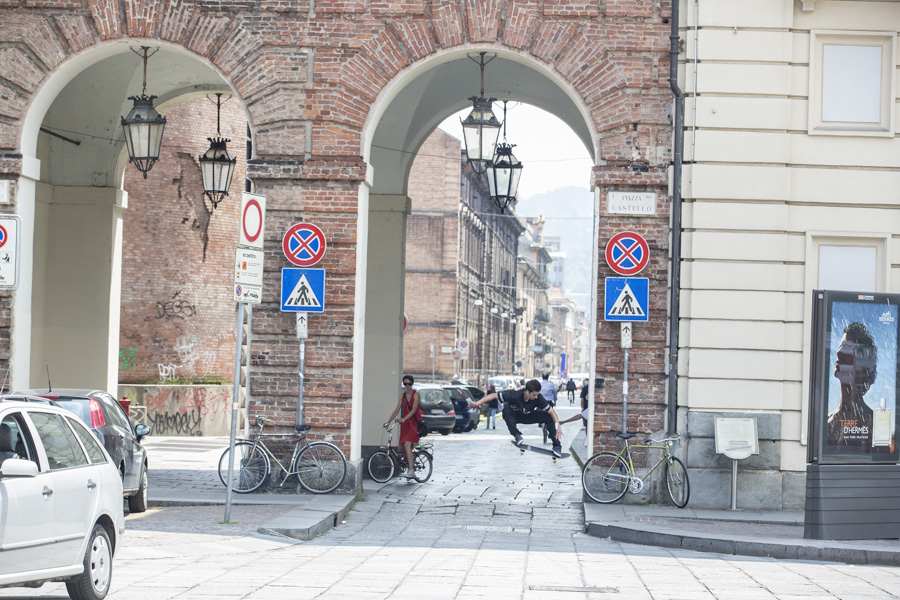 Does this interest you?

Of course it interests me. I don’t think I have many expectations, and that’s where I go wrong. I should expect more from myself.

Three songs you listen to a lot lately?

What happened to your ankle? I saw a photo of you with a cast…

On the second day of the Malaga tour I was doing a simple line, with a switch fs 180 over a bench as the first trick. The wheels touched the bench and I just let go of the board without thinking about it. The tip of my foot slammed into the ground and I twisted first my foot and then my ankle. I went to the hospital and they gave me a cast I had to keep for just three days, because I didn’t break anything fortunately. This is the game.