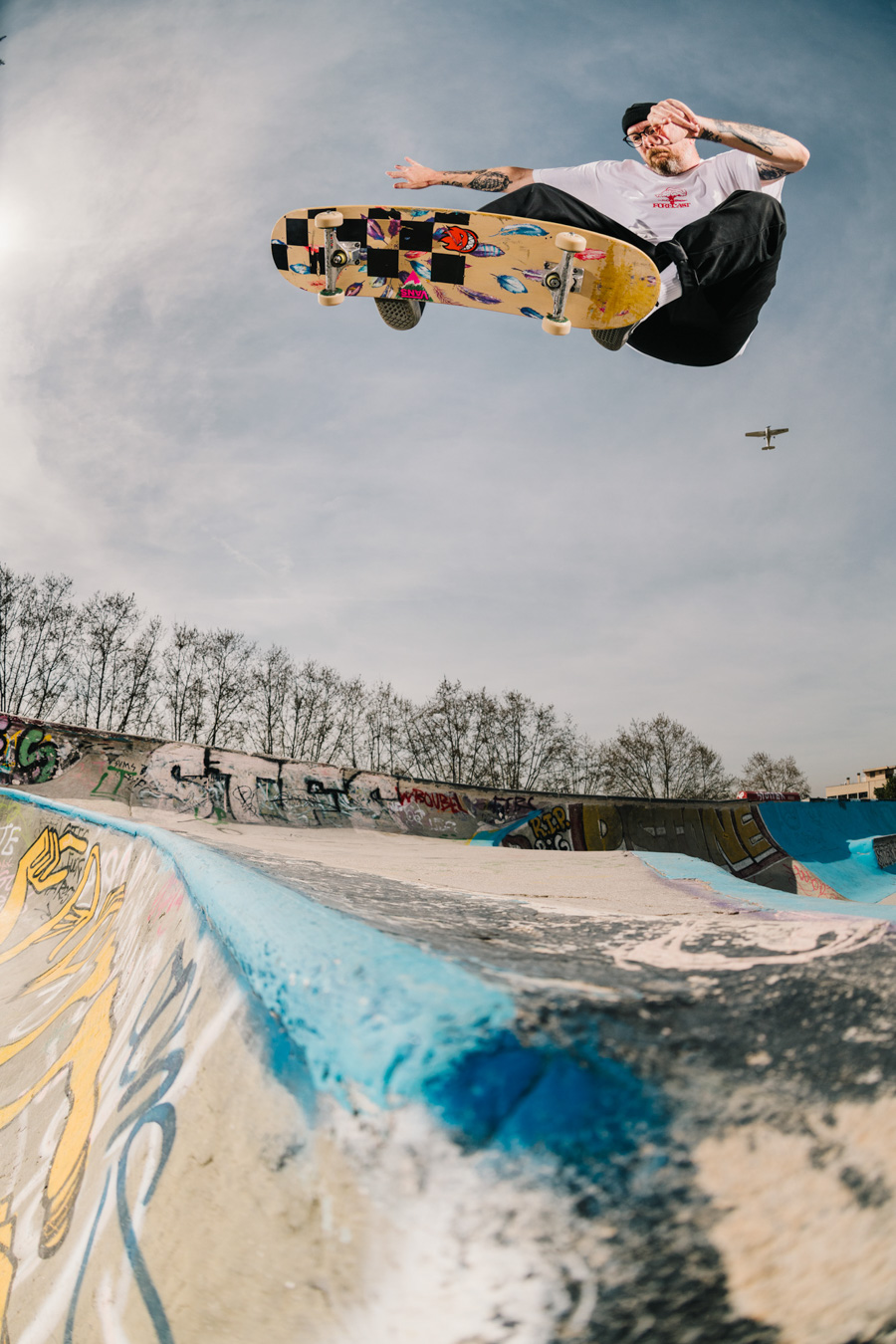 For the last twenty years, skater Danny Wainwright has been a cherished member of the Vans family and in recognition of this long-standing partnership, Vans and Danny have worked together to create a new take on the Chukka Pro. 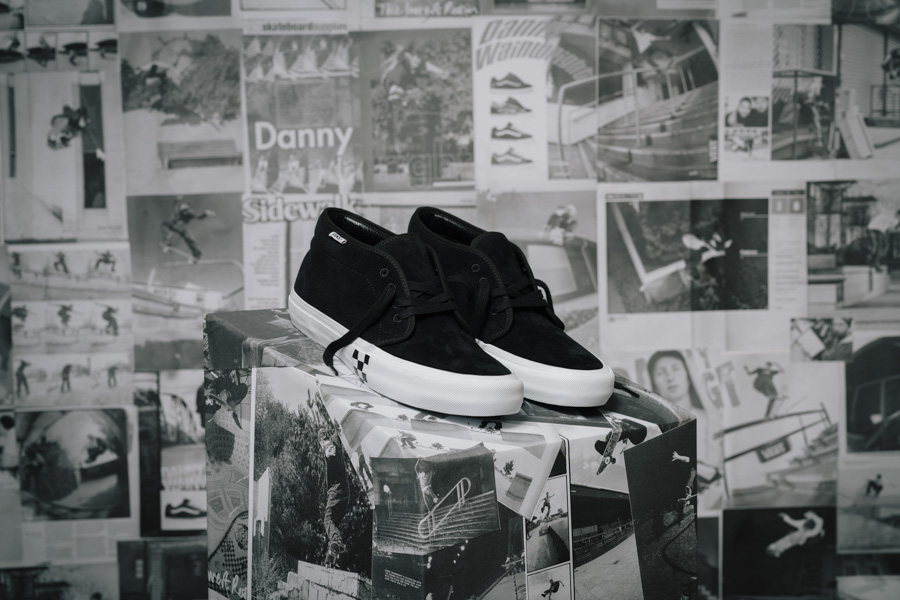 For this special release, Ben Powell editor of the late Sidewalk Magazine, key figure in the UK skate scene and a pillar of skateboarding knowledge has put together some words on Bristol’s finest illustrious career. 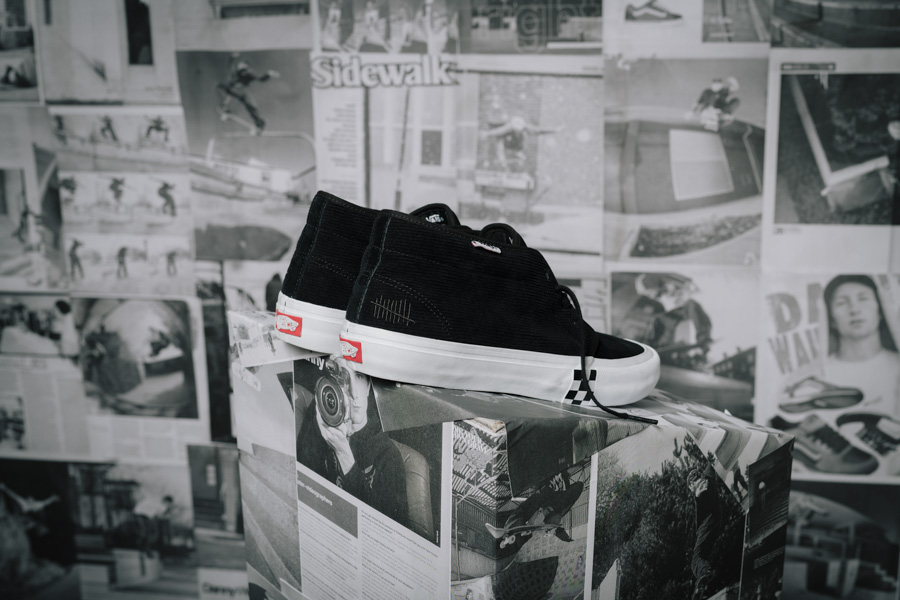 “It’s a near impossible task to concisely sum up Danny Wainwright’s contributions to the global skateboard scene. Put simply, Danny has been everywhere and done everything: a long and distinguished professional career, serial contest victories, Guinness World Records, independent skate store ownership – the list goes on.

He started skating at 11 years old and at 16, his skateboarding was exposed to the wider world via R.A.D magazine with a shot from a 1991 Oxford street contest. Consistent magazine coverage of his supernatural pop and all terrain skills soon saw the mighty Powell skateboards invite this lanky Brit over to Santa Barbara, California where he was offered a place on their global team. As Powell’s first ever UK pro skater, Danny forged strong links with fellow Vans family member Steve Caballero, travelling the world together.

If there is one constant theme throughout Danny’s journey, it is of him doing things his own way and forging his own path. Video part followed video part and coverage in both national and international skate magazines showcased his unique style to the world whilst, at the same time, Danny used his success to co-found Bristol’s 5050 store and help elevate the generations of Bristol skaters who followed in his wake.

In 2000, the year that Danny joined the Vans family, his nonchalant approach saw him emerge victorious from the Reese Forbes Ollie Challenge and become the official record holder of the world’s highest ollie.

Always unassuming and modest, Danny’s skills did the talking for him and throughout the early 00s he embarked on a winning spree across the European contest circuit that saw him nab the European Championship in 2004, along with just about any other contest he entered. With productivity levels this high it hardly comes as a surprise to know that Danny still holds the title as the UK skater to have adorned more British skateboard magazine covers than any other in history.

With two Vans pro models under his belt by the middle of the first decade of the new century, Danny’s connection to the Vans family evolved further, seeing him taking on a variety of roles working alongside the brand with, and for, the skaters it supported. Relocating to Barcelona around a decade ago, Danny still rips and now spreads the message of the Vans family at a grassroots level throughout Europe, helping to elevate and support the skaters and the infrastructure that serve as the lifeblood of our global community.” 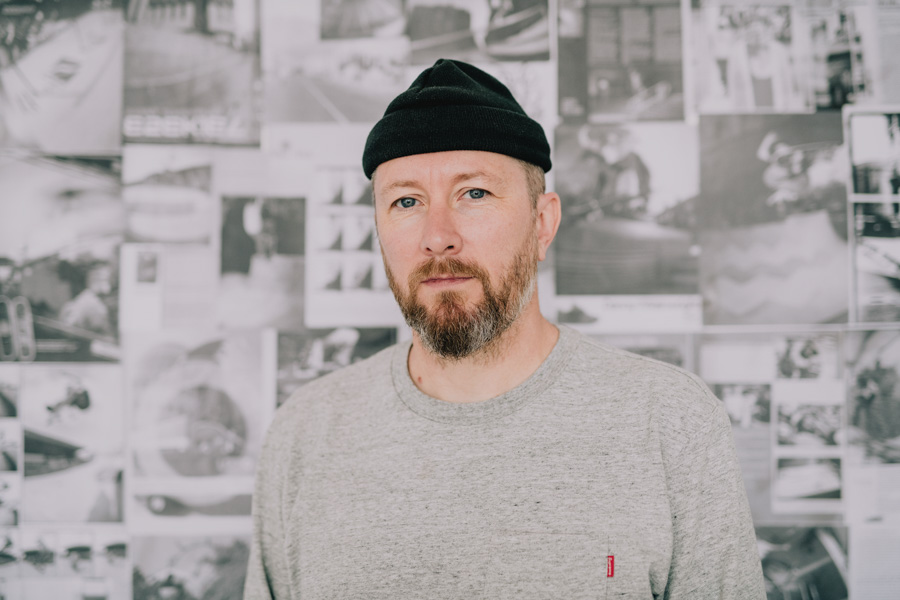