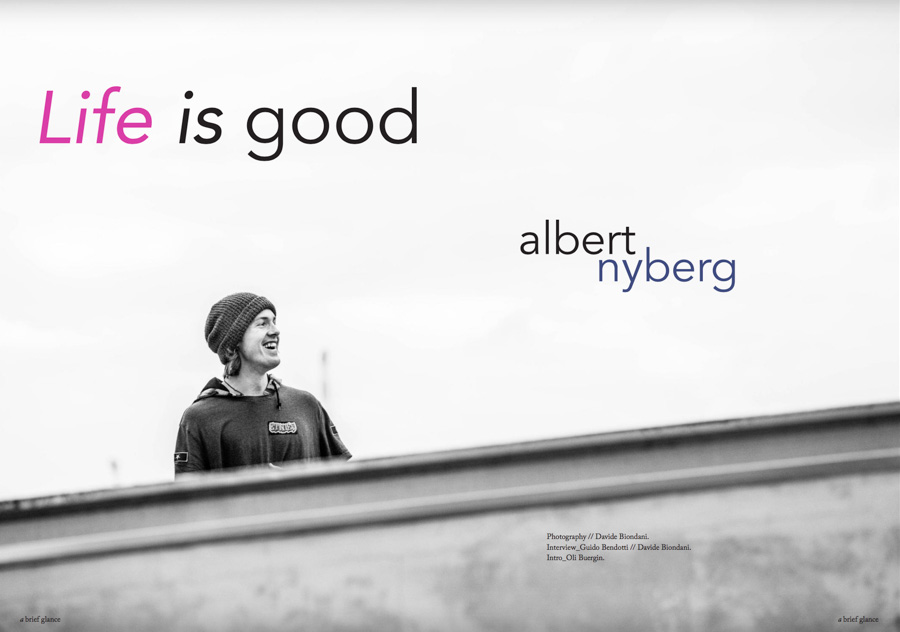 The new Albert Nyberg‘s “Prehistoric Part” (released on Thrasher‘s website) is a bomb.
Enjoy it and his interview published on a brief glance issue #29 with some of the tricks appeared in the video. Yes Albert! 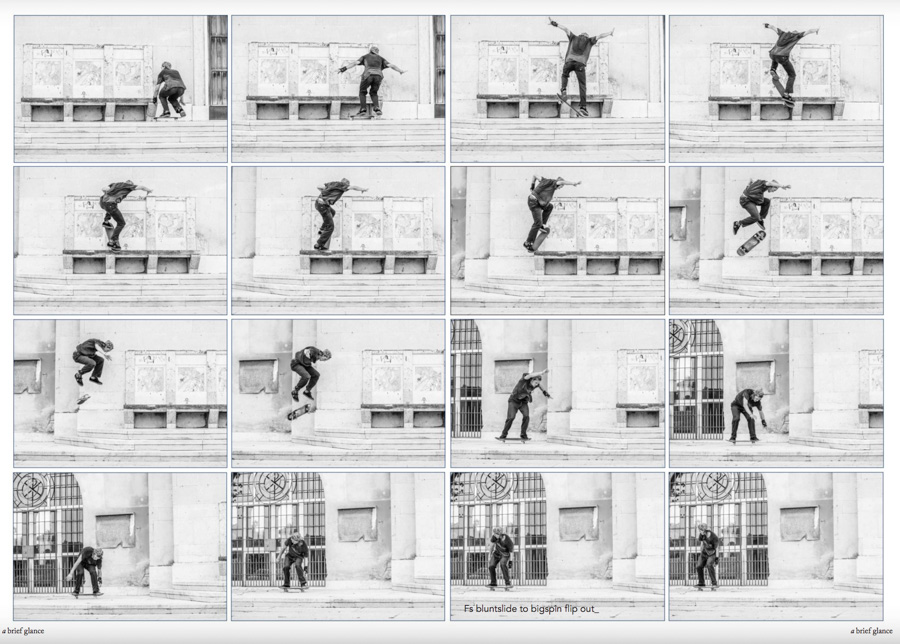 You’re originally from a town in Sweden, how did you get to this level of skating, considering your long cold winters and lack of spots?

I grew up skating with my older brother Victor aka Lego. Skating with the “older” skaters was fun because they always seemed to push me to jump down stuff or try some random trick. My brother Martin also skates, so you can imagine three brothers skating together can be very fun, thus skating more and developing. And of course during the winters we are forced to skate indoors for months which helps keep the board-feel until the sun peeks out and gets rid of the overdue snow.

Did the fact that you had so “little” to skate help you develop such an original approach to skateboarding and tricks?

I guess if you go to a spot a hundred times you start seeing different possibilities of what you can do or think is possible. It´s good to be adaptable as a skater. And I do think that the lack of spots probably helped me think a bit outside the box. But now I have these crazy tricks in my mind and the spots that I need for the tricks probably don’t exist.

You were invited to the Battle Of The Berrics a few years back, how did you get there and how did you feel about it?

It was shortly after the “You Got Soul” part. I guess it´s the part that made people open their eyes for me. Then Steve Berra wanted me on the thing and I was very much down to go to the States for a golden oldie fashion game of skate. It was against PJ Ladd, hahaha. The whole thing was fun.

I was very nervous. I wasn’t used to seeing all these great skaters in person. Pros that I´ve only seen amazing videos of growing up. So you can imagine the noodle legs I had, hahaha. 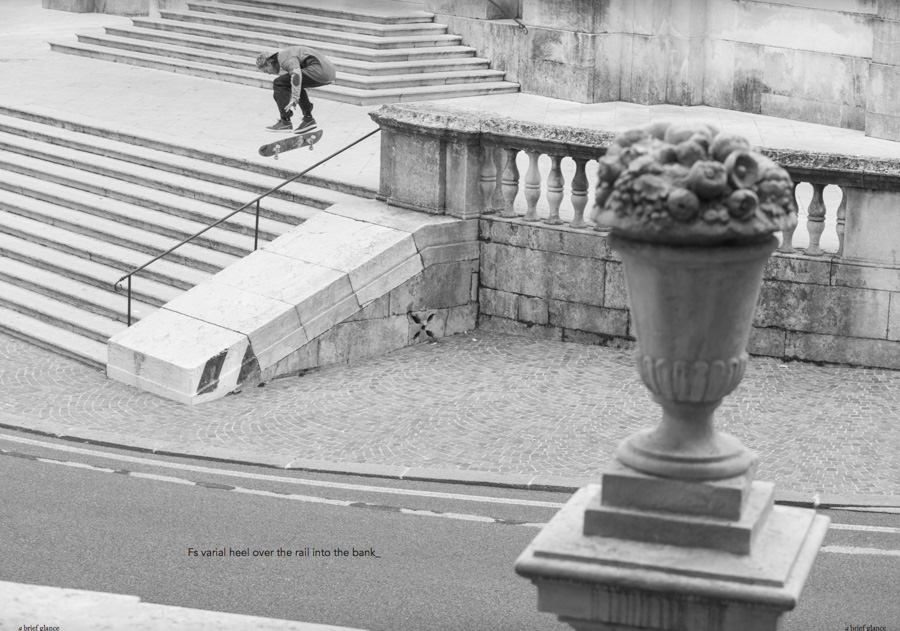 It really depends on the day. Sometimes the tech stuff comes really easily. And of course some days are a struggle. Tech tricks usually take quite some time. But it´s the best feeling when you finally nail the trick that was just an idea in your head a few minutes earlier.

You always do original tricks, such as 360 hardflips, fs 360 flips, or flips out of ledge tricks. Do you think there is a boundary between “strange but cool tricks” and “dorky” tricks… and is this boundary the style with which they are done? (I don’t like double heelflips though ahaha).

It´s a tough question. Nowadays I realize when I watch skate videos that sometimes less is more. I love seeing strange new tricks done well. I personally enjoy a nice mix of all kinds of tricks (Yes, even benihanas). I think that everyone should do whatever tricks they want. And if it looks good, great! And if you look like a dork, fuck it, you´re having fun. We can´t all be Rieders or Gillettes.

You travel a lot to film and get footage. Is it essential for you in order to progress and learn new tricks?

Traveling is essential to my skating. I meet new people and learn different stuff all the time. Filming and traveling is the most fun part of my life. And you develop more when hanging out with people that skate other things that you usually don’t skate. Axel can get me hyped to skate bigger stuff and Barney can pretty much skate anything with such pop! 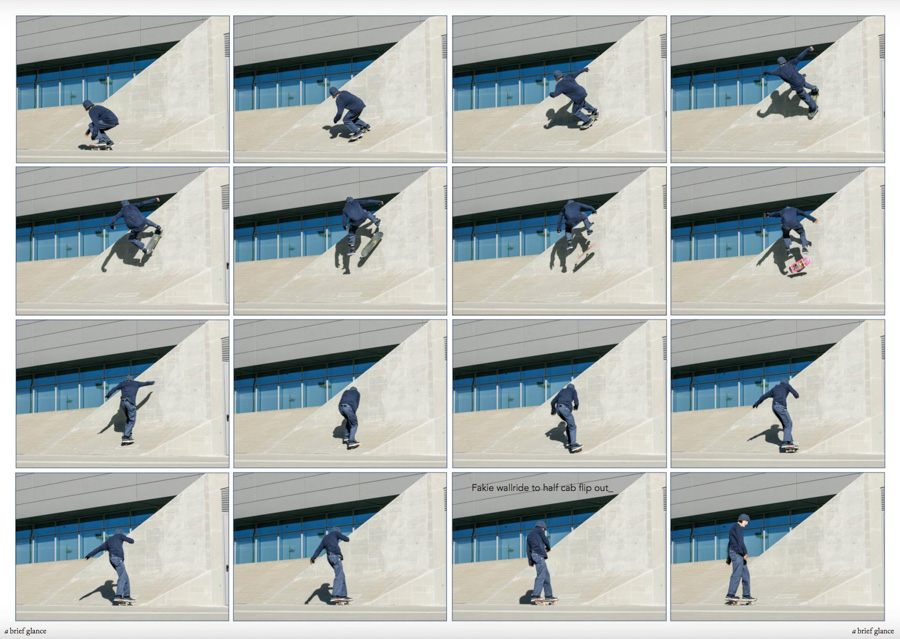 Do you ever think, “I have this trick in mind, but I can’t find the right spot” ?

I have so many random tricks in my mind and it´s really hard to find the right spot for it. Example: Gonz flip fs boardslide down a rail. That´s something you won’t find in Linköping. Maybe I need to build that spot for myself. Pontus could help me. Although building a DIY spot just for one trick sounds a bit off…

You have a very low-profile attitude. You don’t concentrate on your look or on dramatizing tricks too much. Is it part of your personality to take things so simply? Although you’re European and live in Sweden, you went to the Berrics, filmed for Street League (Real Street), and are on the team with some of the most famous names in skateboarding. What I like about you is that you don’t seem to take things so seriously… is it because in the end it’s just skateboarding? How serious is skateboarding to you?

Well, I try to keep a positive attitude toward things. Taking things with a pinch of salt. Moving forward. I am not the most serious person but I`m motivated about skating. I always want to skate more and find different ways to express myself.

Do you ever think about moving to the U.S. to try and live at the center of skateboarding with all its possibilities?

I used to think about it but after being there a bunch of times I feel that Europe is the place for me. But I do enjoy going there every once in a while. I feel like it´s too serious over there. I´m happy where I am and always feel like I skate best when I´m happy 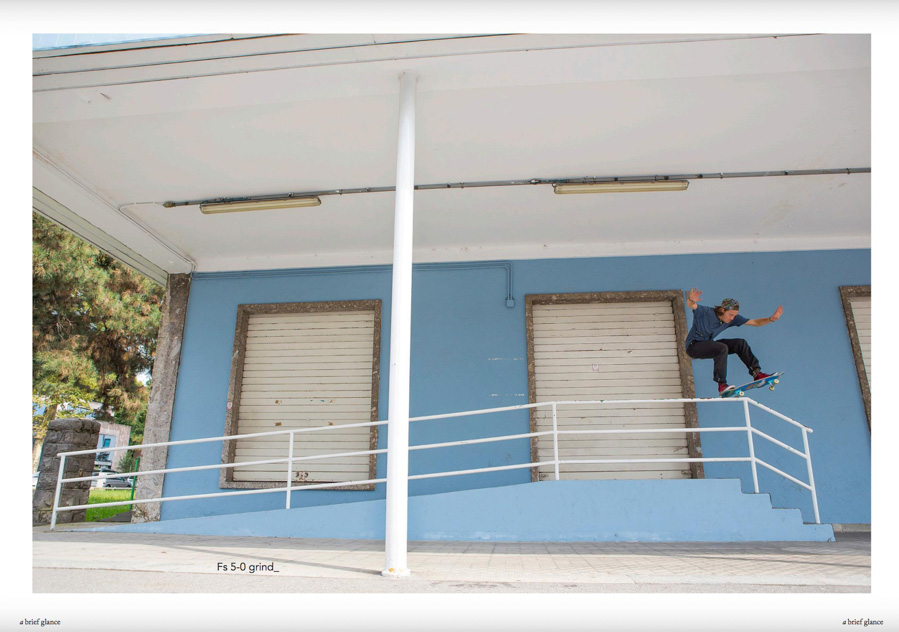 Is Oli Buergin the best TM?

Oli is the best dude ever. Always goes the extra miles for the riders. Hands down the best TM ever.

Does it ever happen that you do not really feel like skating a spot and he’s there skating it better than you in that moment?

I feel like it happens every time we go to a transition spot ha ha ha. And you should see him skate vert. He´s the world champ for Christ’s sake! 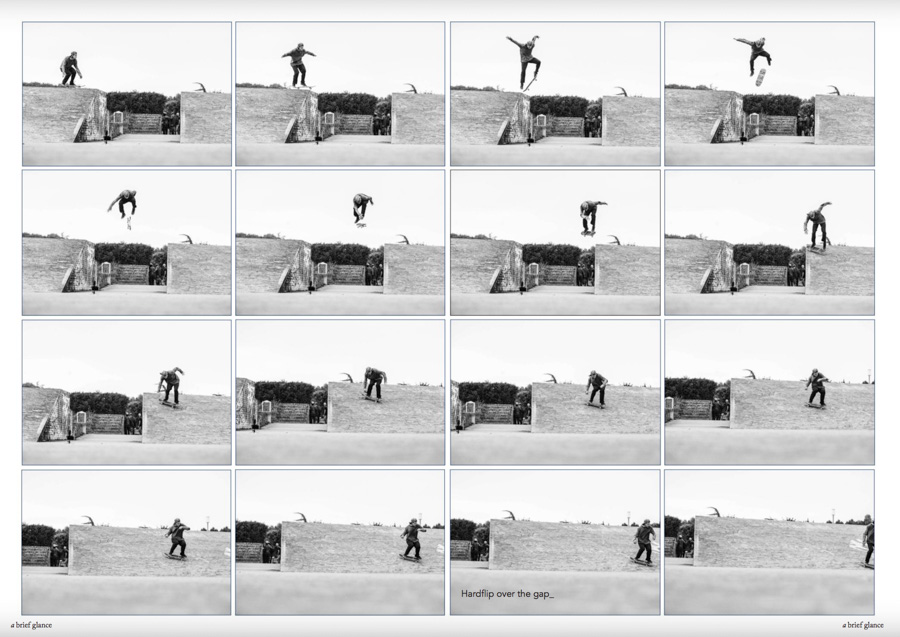 You came to Italy a few times lately, what do you and don’t you like about it?

I love: the pizza, the spots, the beer, the people, the architecture. I dislike: The fact that you can´t buy snus there. But that pretty much goes for every country outside of Sweden.

You have a part time job in Sweden. Will Europe ever have an industry that will allow its pros to live (almost) like the American pros?

Yeah, I work part-time in a warehouse sometimes when I´m home. I`m pretty sure a lot of the euro pros don´t need a job. I think that Europe has the potential to have an industry that allows that. But it´s not like anyone ever started skating because they wanted to get rich. But I do enjoy working when I´m home. Otherwise I would just have too much downtime. I would drive my girlfriend crazy! It is a magical feeling to take the bike to the skatepark after a hard day’s work during the summer. 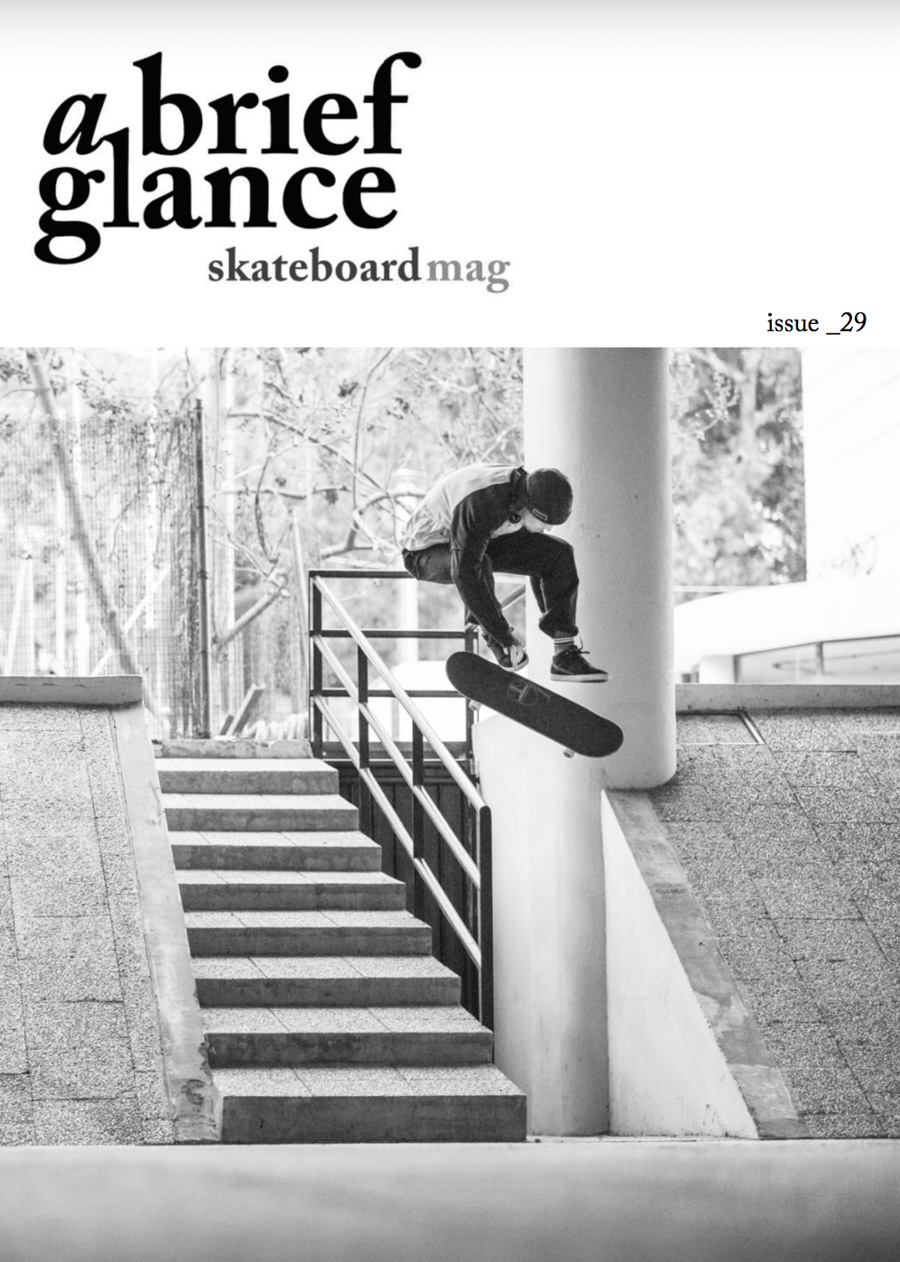